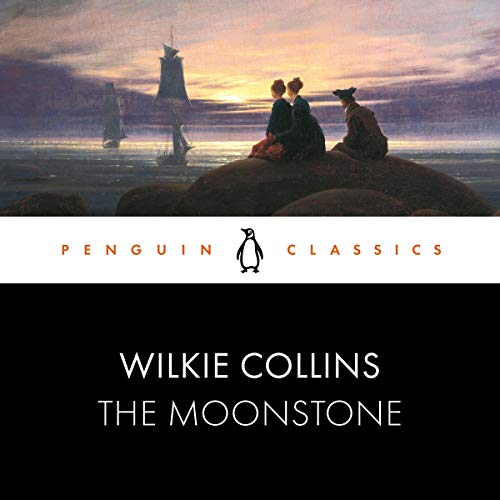 Brought to you by Penguin.Â Â Â  This Penguin Classic is performed by Jessie Buckley, Richard Cordery, Julian Wadham, David Sturzaker, Hugh Fraser, Bruce Alexander, Oscar Batterham, Matthew Spencer, James MacCallum, Stewart Clarke and Jot Davies. This definitive recording includes an introduction by Sandra Kemp.Â Â Â  The Moonstone, a priceless yellow diamond, is looted from an Indian temple and maliciously bequeathed to Rachel Verinder. On her 18th birthday, her friend and suitor Franklin Blake brings the gift to her. That very night, it is stolen again. No one is above suspicion, as the idiosyncratic Sergeant Cuff and the Franklin piece together a puzzling series of events as mystifying as an opium dream and as deceptive as the nearby Shivering Sand.