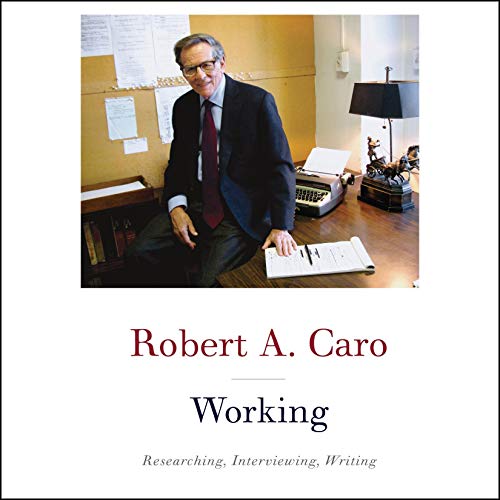 "One of the great reporters of our time and probably the greatest biographer." (The Sunday Times, London)  From the two-time Pulitzer Prize-winning author of The Power Broker and the Years of Lyndon Johnson series: an unprecedented gathering of vivid, candid, deeply revealing recollections about his experiences researching and writing his acclaimed books. For the first time in audiobook form, Robert Caro gives us a glimpse into his own life and work in these evocatively written, personal pieces. He describes what it was like to interview the mighty Robert Moses and to begin discovering the extent of the political power Moses wielded; the combination of discouragement and exhilaration he felt confronting the vast holdings of the Lyndon B. Johnson Library in Austin, Texas; his encounters with witnesses, including longtime residents wrenchingly displaced by the construction of Moses' Cross-Bronx Expressway and Lady Bird Johnson acknowledging the beauty and influence of one of LBJ's mistresses. He gratefully remembers how, after years of working in solitude, he found a writers' community at the New York Public Library and details the ways he goes about planning and composing his books. Caro recalls the moments at which he came to understand that he wanted to write not just about the men who wielded power, but about the people and the politics that were shaped by that power. And he talks about the importance to him of the writing itself, of how he tries to infuse it with a sense of place and mood to bring characters and situations to life on the page. Taken together, these reminiscences - some previously published, some written expressly for this book - bring into focus the passion, the wry self-deprecation, and the integrity with which this brilliant historian has always approached his work. 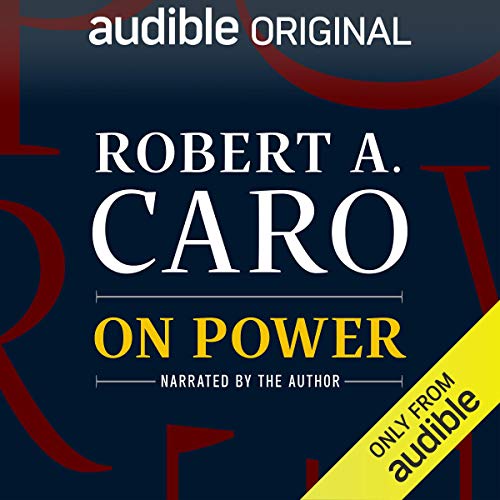 From two-time Pulitzer Prize winner and two-time National Book Award winner Robert A. Caro: a short, penetrating reflection on the evolution and workings of political power - for good and for ill. In On Power, an Audible exclusive, the legendary historian Robert A. Caro reflects on what drew him as a young journalist to study political power and what his half century of reporting on New York City urban planner Robert Moses and President Lyndon Johnson has taught him about the inner workings of government and democracy. Adapted by the author from two recent speeches and filled with thoughtful lessons and personal moments, On Power goes behind the scenes in the author's decades-long quest to understand how power works, often in ways he could have never imagined. Listening to On Power, narrated with emotion and humor by Caro in his unmistakable New York accent, is like having a private audience with the author often hailed as our greatest living historian. Longtime fans of Caro's books, as well as those seeking a more personal introduction to his life and work, will be treated to his trademark wit and revelatory insight. But more than anything, On Power is a timely reminder for those who want to better understand how power and government work. In Caro's words: "Why political power? Because it shapes all of our lives. It shapes your life in ways that you might never think about. Every time a young man goes to college on a federal education bill passed by Lyndon Johnson, that's political power. And so is a young man dying in Vietnam. Every time an elderly person is able to afford an MRI, that's Medicare. That's political power. It affects your life in all sorts of ways. My books are an attempt to explain this power.... Because the more America understands about political power, the better informed our votes will be, and then, hopefully, the better our democracy should be."