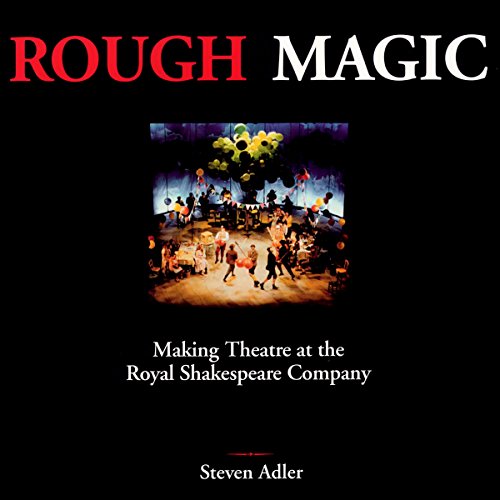 Steven Adler examines the dynamic life and workings of the theatre company responsible for some of the world's most compelling performances and influential productions of the last 40 years, including Marat/Sade, A Midsummer Night's Dream, Les Misérables, Les Liaisons Dangereuses, and Nicholas Nickleby. Rough Magic provides a thorough analysis of the many strands of theatrical activity on both sides of the footlights that coalesce in the artistic vigor of the Royal Shakespeare Company. Adler traces the company's evolution from its origins in 1879 as a week-long festival presented by Stratford-upon-Avon as a birthday homage to its native son, to its current incarnation as one of the world's most distinguished institutional theatres. He probes the aspirations and achievements of the RSC's four successive artistic directors: Peter Hall, Trevor Nunn, Terry Hands, and Adrian Noble. He offers a comprehensive view of the design and aesthetics of the RSC's five theatres in Stratford and London, and explores the intricate process of crafting a repertoire at home and on tour that responds to the needs of the artists as well as the demands of the box office. Personal observation, research, and dozens of interviews with current and former members of the Royal Shakespeare Company unite to produce Rough Magic. 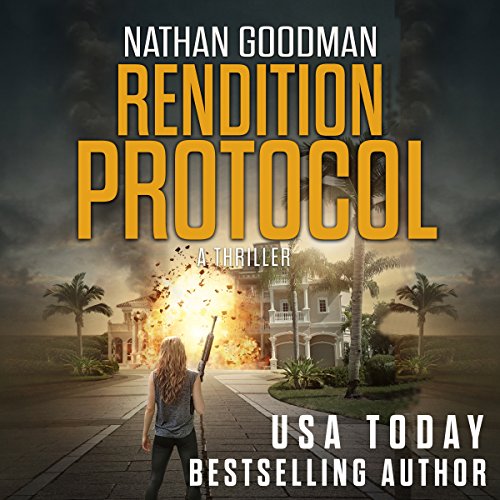 One special agent - one chance - and time is running out.

Special Agent Jana Baker assumed a new identity and thought she had escaped with her life.

But when a CIA agent goes missing on Antigua and the agency does nothing to save him, she is forced out of the shadows.

Now, within the grasp of an international drug ring, Baker must navigate the murderous drug cartel and a deadly CIA plot to pull him out before its too late.

Rendition Protocol is the culminating story in Nathan Goodman's best-selling Special Agent Jana Baker Spy-Thriller series and features high-adrenaline suspense, surprising plot twists, and a kick-ass female heroine. Each novel can be enjoyed as a standalone.

Pick up a copy today and find out what over 100,000 readers have already discovered. 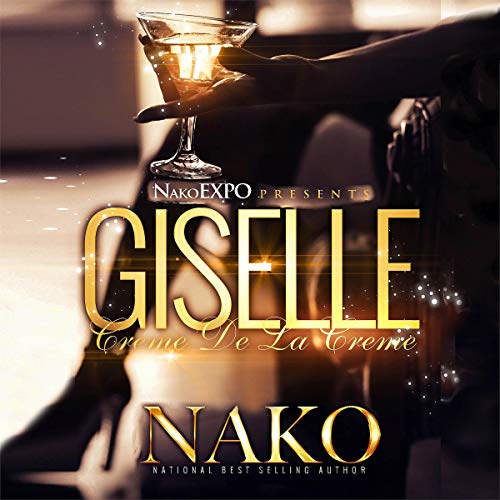 Kasim Moreland was totally unprepared to deal with Giselle Braxton. Not only was she out of his league, but the woman was brilliant. Every time Kasim thought he finally was ahead of her, she showed him that he wasn't. Checkmate.

Giselle Braxton isn't looking for love or help. The 25-year-old multi-millionaire is simply focused on expanding her empire.

In this self-titled novel from national best-selling author Nako, experience a woman who has everything but at the same time nothing at all.

All the money in the world couldn't make her happy or change the one flaw that kept her from being open to love, or so she thought.

Kasim wanted to love her flaws and all; her imperfections didn't keep him away. But she couldn't see that.

Giselle is a story that connects with every woman who never felt good enough. Behind closed doors, after the makeup is removed and once the workday ends, what is left on your mind? When looking in the mirror at your natural self, are you okay? Giselle challenges listeners to bring it all to the forefront while opening up hearts and minds in this heartfelt story.

Author's note: This book is a stand-alone novel, not a series. 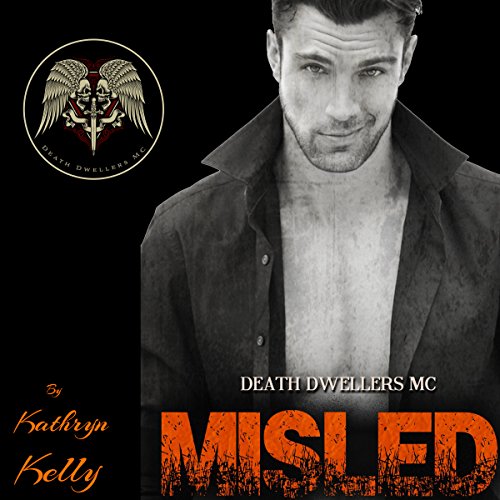 Megan "Meggie" Foy has had a tough life. Her home life is nothing as it seems. Living with her mother and stepfather is a complete nightmare. They seem to have the perfect little family, but appearances can be deceiving and monsters are closer than you think. When her body and mind can take no more abuse at the hands of her stepfather, Meggie finally decides to run, hoping her father, MC President of the Death Dwellers' Joseph "Boss" Foy, can save her and rescue her terrified mother from the clutches of her step-monster, before it's too late for them. Christopher "Outlaw" Caldwell deals in a world of violence, sex, drugs, and crudity. As current president of the Death Dwellers' MC, he presides over a club in chaos after the death of their longtime president and his mentor, Joseph "Boss" Foy. Outlaw is trying to keep everything with the club in his control. What happens when more trouble arises in the form of a blonde-haired, 18-year-old beauty with the same eyes as his former mentor? Meggie discovers her daddy is gone and now there may be no one to save her and her mother. How will she feel when she finds out the man who killed him is the man she's falling in love with? Can Outlaw get past his demons to truly find love with Meggie and peace with the death of Boss Foy? Alliances will be made, loyalties tested, lives will be lost, but will love conquer all in the world of bikers and revenge? Warning: For mature audiences only. Contains physical abuse, violence, rape, and excessive profanity. 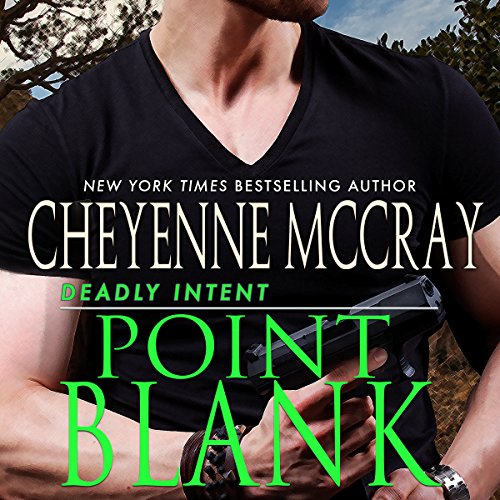 From award-winning romance author Cheyenne McCray: book four in the Deadly Intent series - newly edited version! Fury Special agent Brooks Allen is pissed as hell when he learns one of his friend's in-laws is suspected of drug trafficking. Big time. Shes been selling merchandise filled with illegal narcotics. Fear A free spirit with a zest for life, Natasha Simpson loves her new beginning in the small town of Bisbee, Arizona. Things couldnt get any better. Natasha runs into Brooks and enjoys the company of the man who works with her cousins husband. But when Natasha accidentally makes the discovery her products contain cocaine, not only is her life threatened, but every person she loves is in danger. Fate Brooks grows certain Natasha is innocent, then discovers the tangled web shes caught in. Along the way, he loses his heart to her - now he just needs to make sure he doesnt lose her...permanently. 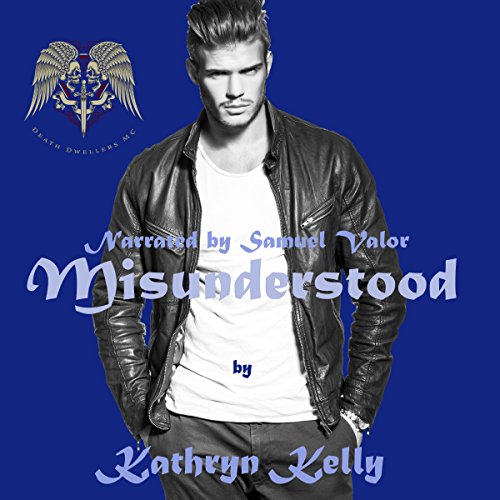 Johnnie "John-boy" Donovan is the new VP of the Death Dwellers' MC and while the club president, his cousin Christopher "Outlaw" Caldwell, is on his honeymoon, Johnnie is left in charge. With Outlaw's return just a week away, he just wants things to run smoothly without a hitch, but trouble is brewing for the Death Dwellers and an evil from his past may be back to haunt him. Kendall Miller is an attorney and the ex-girlfriend to Spoon, the club president of the Torpedoes MC. She is in over way over her head and, when her little sister is taken, Kendall needs to do whatever it takes to get the information on the Death Dwellers' Club before it's too late. Can Johnnie trust the mysterious red haired woman who showed up naked to his cousin's bachelor party? Can Kendall rely on the handsome blond biker that made a lasting impression on her mind, body, and heart to help her get her sister back? Lives will be lost and hearts will be broken in the third book of The Death Dwellers MC Series. Warning: for mature audiences only. Contains physical abuse, violence, rape, and excessive profanity. 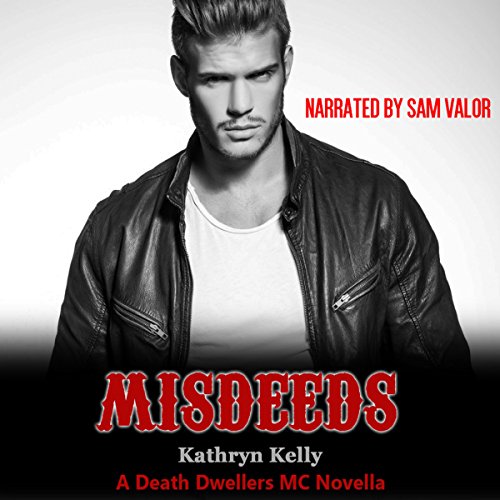 John "Johnnie" Donovan is determined to make his relationship work with Kendall Miller, the attorney he met during his cousin's bachelor party. Before he can move on with his future, however, he still has loose ends to tie up from the past, in the form of a rival MC's president who is also Kendall's ex-boyfriend. As Johnnie tries to balance his club life and personal life, another tragedy forces him to make a choice between the two. Will Johnnie be able to live with the choices he makes? Kendall Miller is trying to pick up the pieces of her life in the wake of her ex-boyfriend's assault. She's ready to move on with her life and the man of her dreams, the sexy VP of the Death Dwellers MC. She demands his complete attention and isn't willing to share her man with all the baggage of the MC. She doesn't want to be an afterthought to him, nor does she want to live her life in the midst of the clubhouse, especially with the competition taking place between Kendall and the club president's wife. Then, catastrophe strikes, and Kendall's life is once again altered. Can she and Johnnie have a future together, or has their love been doomed from the beginning? 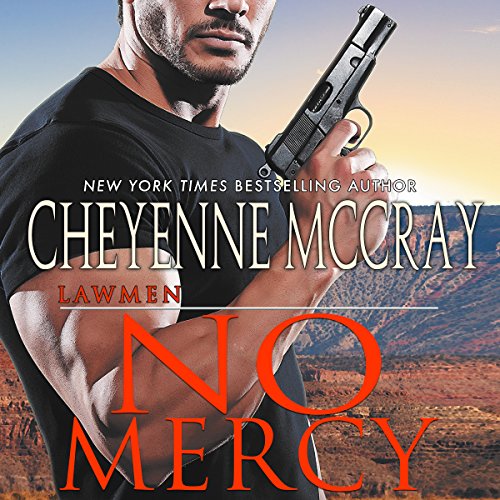 Over twenty years ago, when she was just a teenager, Belle ran from everything she knew to escape her abusive stepfather. She left behind the boy she loved and a circle of friends who had been like family to her since childhood. Now, years later, the death of one of her close friends brings her face-to-face with the boy she had to leave. Only now he's not a boy anymore. Dylan has never gotten over Belle running away all those years ago. When Nate -- one of their Circle of Seven childhood friends -- is found dead, Belle and Dylan are drawn back together. It's not long before he realizes he has a second chance to make her his. The second reason Belle left could ruin any future she might have with Dylan. The secret hangs over her head while she falls in love with him all over again. When a dangerous drug cartel starts targeting the Circle of Seven friends, Dylan must use all his federal law enforcement training and contacts to stay one step ahead. He must solve the clues Nate left behind before all of them end up dead. 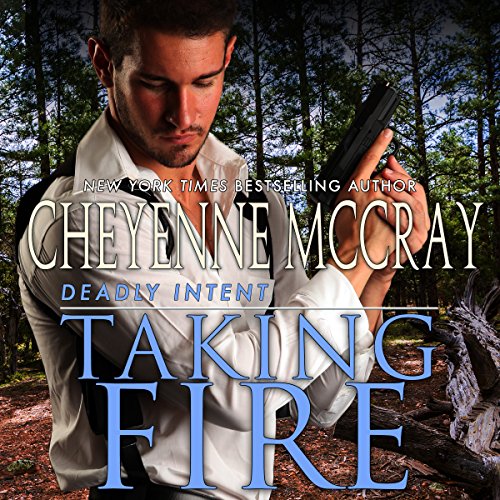 From best-selling author Cheyenne McCray Book three in the Deadly Intent series - newly expanded version! Trace Davidson is determined to protect Christie from her ex-husband who has ordered a hit on her from his jail cell. Trace will do anything it takes, including putting his own life on the line, to make sure Christie survives. Salvatore Reyes of the Jimenez Cartel intends to make sure his ex-wife never makes it to the witness stand to testify against him. Christie is the only one with enough damning evidence to send him to prison for life. If he's convicted, he's as good as dead - the drug cartel will kill Salvatore if he doesn't kill Christie first. Salvatore isn't going to let her live another day. Trace and Christie end up on the run. They must keep moving to avoid Salvatore and the cartel's men. In the midst of danger, Trace and Christie find love - but first they have to make it out alive. 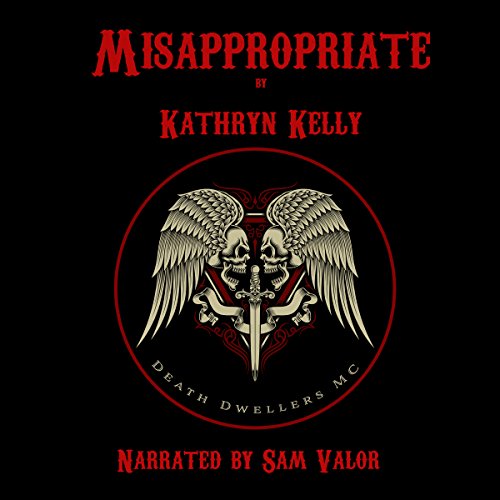 Megan Foy is finally getting the big wedding she's dreamed of. With her new child and the affection of the brothers of the Death Dwellers' MC, her life is settling down. However, a new threat rides into town and targets Christopher "Outlaw" Caldwell, forcing him to reevaluate his life once more and endangering everyone. Most of all, it threatens Meggie's newfound peace. This is a full-length novel. Warning: for mature audiences only. Contains a few hot alpha bikers, loads of steamy sex, as much mushiness as outlaw can handle, violence, and excessive profanity.