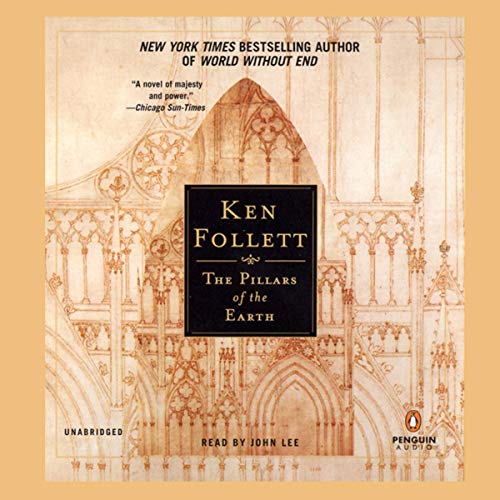 The Pillars of the Earth

The Pillars of the Earth tells the story of Philip, prior of Kingsbridge, a devout and resourceful monk driven to build the greatest Gothic cathedral the world has known...of Tom, the mason who becomes his architect - a man divided in his soul...of the beautiful, elusive Lady Aliena, haunted by a secret shame...and of a struggle between good and evil that will turn church against state, and brother against brother.Â Â  A spellbinding epic tale of ambition, anarchy, and absolute power set against the sprawling medieval canvas of 12th century England, this is Ken Follett's historical masterpiece. 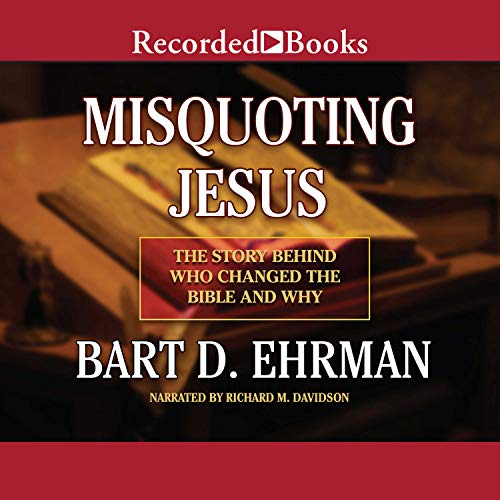 When world-class biblical scholar Bart Ehrman first began to study the texts of the Bible in their original languages he was startled to discover the multitude of mistakes and intentional alterations that had been made by earlier translators. In Misquoting Jesus, Ehrman tells the story behind the mistakes and changes that ancient scribes made to the New Testament and shows the great impact they had upon the Bible we use today. He frames his account with personal reflections on how his study of the Greek manuscripts made him abandon his once ultraconservative views of the Bible. Since the advent of the printing press and the accurate reproduction of texts, most people have assumed that when they read the New Testament they are reading an exact copy of Jesus's words or Saint Paul's writings. And yet, for almost fifteen hundred years these manuscripts were hand copied by scribes who were deeply influenced by the cultural, theological, and political disputes of their day. Both mistakes and intentional changes abound in the surviving manuscripts, making the original words difficult to reconstruct. For the first time, Ehrman reveals where and why these changes were made and how scholars go about reconstructing the original words of the New Testament as closely as possible. Ehrman makes the provocative case that many of our cherished biblical stories and widely held beliefs concerning the divinity of Jesus, the Trinity, and the divine origins of the Bible itself stem from both intentional and accidental alterations by scribes -- alterations that dramatically affected all subsequent versions of the Bible.Bart D. Ehrman chairs the Department of Religious Studies at the University of North Carolina at Chapel Hill and is a widely regarded authority on the history of the New Testament. 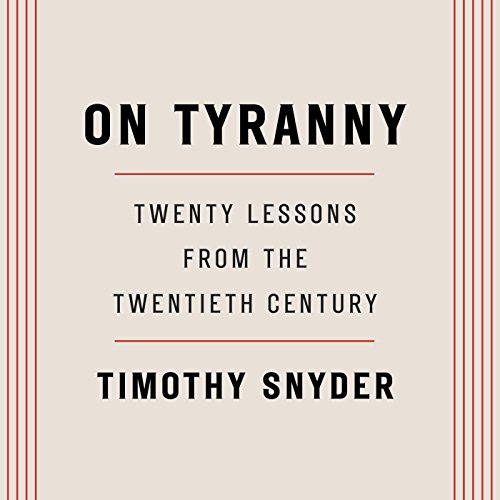 Number oneÂ New York TimesÂ Best seller A historian of fascism offers a guide for surviving and resisting America's turn towards authoritarianism. The Founding Fathers tried to protect us from the threat they knew, the tyranny that overcame ancient democracy. Today, our political order faces new threats, not unlike the totalitarianism of the 20th century. We are no wiser than the Europeans who saw democracy yield to fascism, Nazism, or communism. Our one advantage is that we might learn from their experience.Â  On TyrannyÂ is a call to arms and a guide to resistance, with invaluable ideas for how we can preserve our freedoms in the uncertain years to come. "Mr. Snyder is a rising public intellectual unafraid to make bold connections between past and present." (The New York Times) 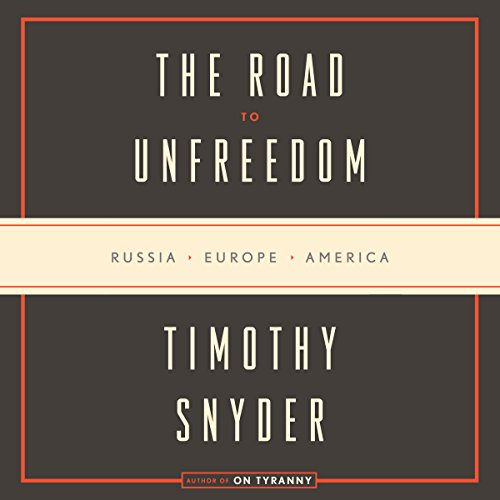 The Road to Unfreedom

With the end of the Cold War, the victory of liberal democracy was thought to be absolute. Observers declared the end of history, confident in a peaceful, globalized future. But we now know this to be premature.Â  Authoritarianism first returned in Russia, as Putin developed a political system dedicated solely to the consolidation and exercise of power. In the last six years, it has creeped from east to west as nationalism inflames Europe, abetted by Russian propaganda and cyberwarfare. While countries like Poland and Hungary have made hard turns toward authoritarianism, the electoral upsets of 2016 revealed the citizens of the US and UK in revolt against their countriesâ longstanding policies and values. But this threat to the West also presents the opportunity to better understand the pillars of our own political order. In this forceful and unsparing work of contemporary history, Snyder goes beyond the headlines to expose the true nature of the threat to democracy. By showcasing the stark choices before us - between equality or oligarchy, individuality or totality, truth and falsehood - Snyder restores our understanding of the basis of our way of life, offering a way forward in a time of terrible uncertainty. 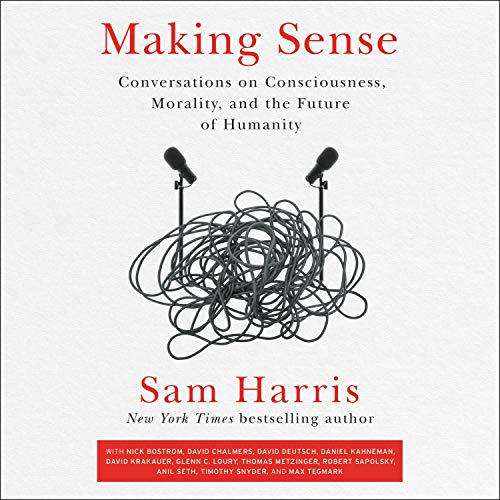 From the best-selling author ofÂ Waking UpÂ andÂ The End of Faith, a collection of the best conversations from wildly popular, often controversial podcast Making Sense. âCivilization rests on a series of successful conversations.â (Sam Harris) Sam Harris - neuroscientist, philosopher, and best-selling author - has been exploring some of the most important questions about the human mind, society, and current events on his podcast,Â Making Sense. With more than one million downloads per episode, these discussions have clearly hit a nerve, frequently walking a tightrope where either host or guest - and sometimes both - lose their footing, but always in search of a greater understanding of the world in which we live. For Harris, honest conversation, no matter how difficult or controversial, represents the only path to moral and intellectual progress. TheÂ Making Sense audiobook includes talks with Daniel Kahneman, Timothy Snyder, Nick Bostrom, and Glen Loury, on topics that range from the nature of consciousness and free will, to politics and extremism, to living ethically. Together they shine a light on what it means to âmake senseâ in the modern world.Â 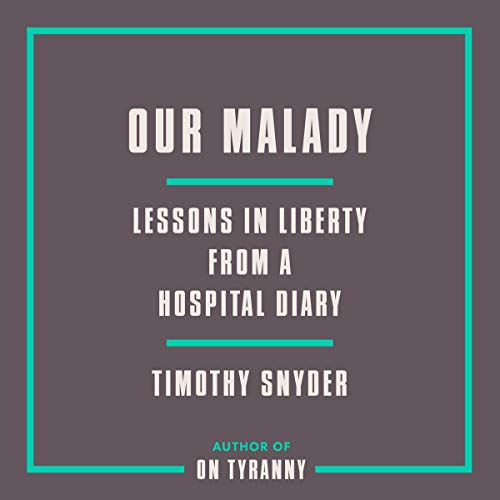 New York Times best seller From the author of the number-one New York Times best seller On Tyranny comes an impassioned condemnation of America's pandemic response and an urgent call to rethink health and freedom. On December 29, 2019, historian Timothy Snyder fell gravely ill. Unable to stand, barely able to think, he waited for hours in an emergency room before being correctly diagnosed and rushed into surgery. Over the next few days, as he clung to life and the first light of a new year came through his window, he found himself reflecting on the fragility of health, not recognized in America as a human right but without which all rights and freedoms have no meaning. And that was before the pandemic. We have since watched American hospitals, long understaffed and undersupplied, buckling under waves of ill patients. The federal government made matters worse through willful ignorance, misinformation, and profiteering. Our system of commercial medicine failed the ultimate test, and thousands of Americans died. In this eye-opening cri de coeur, Snyder traces the societal forces that led us here and outlines the lessons we must learn to survive. In examining some of the darkest moments of recent history and of his own life, Snyder finds glimmers of hope and principles that could lead us out of our current malaise. Only by enshrining healthcare as a human right, elevating the authority of doctors and medical knowledge, and planning for our childrenâs future can we create an America where everyone is truly free.