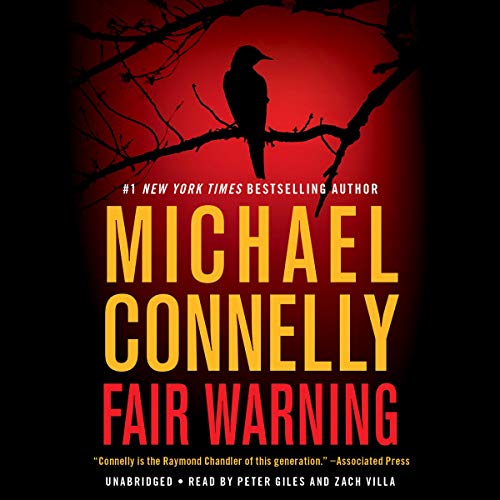 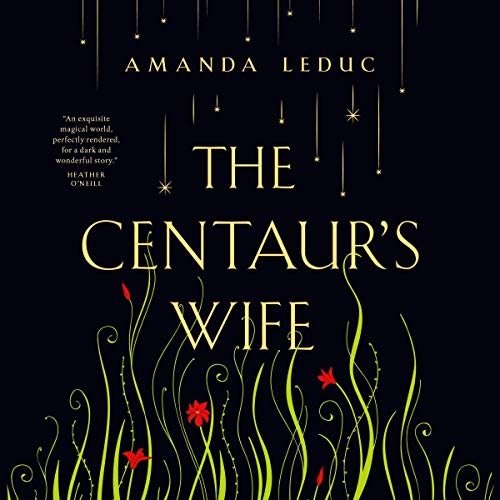 Amanda Leduc's brilliant new novel, woven with fairy tales of her own devising and replete with both catastrophe and magic, is a vision of what happens when we ignore the natural world and the darker parts of our own natures. Heather is sleeping peacefully after the birth of her twin daughters when the sound of the world ending jolts her awake. Stumbling outside with her babies and her new husband, Brendan, she finds that their city has been destroyed by falling meteors and that her little family is among only a few who survived.Â  But the mountain that looms over the city is still green - somehow it has been spared the destruction that has brought humanity to the brink of extinction. Heather is one of the few who know the mountain, a place city-dwellers have always been forbidden to go. Her dad took her up the mountain when she was a child on a misguided quest to heal her legs, damaged at birth. The tragedy that resulted has shaped her life, bringing her both great sorrow and an undying connection to the deep magic of the mountain, made real by the beings she and her dad encountered that day: Estajfan, a centaur born of sorrow and of an ancient, impossible love, and his two siblings, marooned between the magical and the human world. Even as those in the city around her - led by Tasha, a charismatic doctor who fled to the city from the coast with her wife and other refugees - struggle to keep everyone alive, Heather constantly looks to the mountain, drawn by love, by fear, by the desire for rescue. She is torn in two by her awareness of what unleashed the meteor shower and what is coming for the few survivors, once the green and living earth makes a final reckoning of the usefulness of human life and finds it wanting.Â  At times devastating, but ultimately redemptive, Amanda Leduc's fable for our uncertain times reminds us that the most important things in life aren't things at all, but rather the people we want by our side at the end of the world. 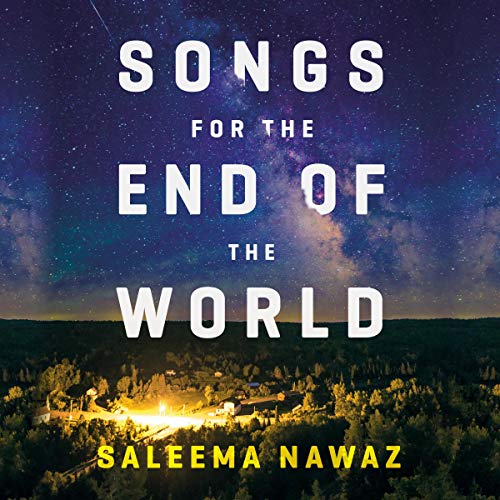 Songs for the End of the World

"In these dark days, Saleema Nawaz dares to write of hope. Songs for the End of the World is a loving, vivid, tenderly felt novel about men, women, and a possible apocalypse. I couldn't put it down." (Sean Michaels, author of Us Conductors and The Wagers) National Best Seller Named a Book of the Year by the Globe and Mail, Quill & Quire, 49th Shelf, and a Book You Should Read by Maclean's and Chatelaine. An immersive, deeply engaging, and hopeful novel about the power of human connection in a time of crisis, as the bonds of love, family, and duty are tested by an impending pandemic. How quickly he'd forgotten a fundamental truth: The closer you got to the heart of a calamity, the more resilience there was to be found. This is the story of a handful of people who find themselves living through an unfolding catastrophe. Elliot is a first responder in New York, a man running from past failures and struggling to do the right thing. Emma is a pregnant singer preparing to headline a benefit concert for victims of the outbreak - all while questioning what kind of world her child is coming into. Owen is the author of a best-selling plague novel with eerie similarities to the real-life pandemic. As fact and fiction begin to blur, he must decide whether his lifelong instinct for self-preservation has been worth the cost. As the novel moves back and forth in time, we discover these characters' ties to one another- and to those whose lives intersect with theirs - in an extraordinary web of connection and community that reveals none of us is ever truly alone. Linking them all is the mystery of the so-called ARAMIS Girl, a woman at the first infection site whose unknown identity and whereabouts cause a furor. Written and revised between 2013 and 2019, and brilliantly told by an unforgettable chorus of voices, Saleema Nawaz's glittering novel is a moving and hopeful meditation on what we owe to ourselves and to each other. It reminds us that disaster can bring out the best in people - and that coming together may be what saves us in the end. 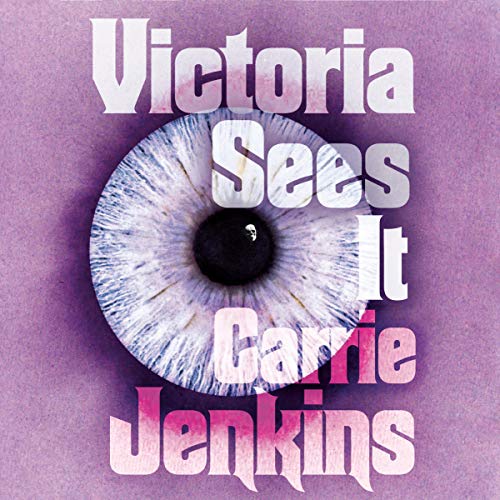 A queer psychological thriller from a beguiling, fresh new voice. Victoria is unraveling. Her best friend is missing, and she's the only one who seems to care: There are clues all over Cambridge, but Deb is nowhere to be found - and the harder Victoria looks, the less she sees. Victoria is raised in a crumbling house in England by her working-class aunt and uncle, until her academic brilliance gains her entrance to Cambridge. There, she meets her first true friend, Deb, a spacey aristocrat, and the girls create their own tiny bubble within Cambridge's strict class system. Until Deb disappears.Â  In her search for her friend, Victoria finds an unlikely ally - a police officer named Julie. They travel the countryside, visiting sites of suicides, murders, and accidents. But eventually, Julie's emotional demands overwhelm Victoria, and she retreats into a lonely life of academia, always teetering on the edge of emotional collapse. Wandering through a miasma of sexism, isolation, physical and mental health issues, Victoria's story is haunted by the spectre of her mother, whose own assault and subsequent pregnancy represent a break in her contract with the world.