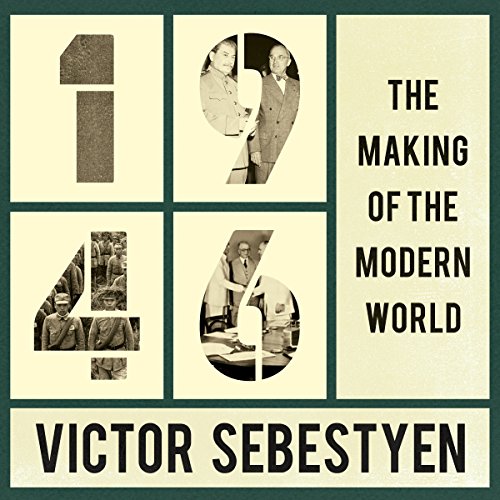 In 1946, Victor Sebestyen creates a taut, panoramic narrative and takes us to meetings that changed the world: to Berlin in July 1945, when Truman tells Stalin that we have successfully tested the bomb; to Ye'nan, China, in January 1946, when General George Marshall tells the Chinese Communist leader Mao Zedong that Americans won't send troops to China, assuring that the Communists will attain power; to Delhi, India, in April 1946, when UK cabinet members tell Pandit Nehur and Mahatma Gandhi that the British will leave India within a few months, ending two centuries of British imperialism. Drawing on new archival material and many interviews, Sebestyen analyzes these major postwar decisions and others as he discusses the economic collapse, starvation, ethnic cleansing, and displacement that followed the war. This was the year when it was decided that there would be a Jewish homeland, when Europe would be split by the Iron Curtain, when independent India would become the world's biggest democracy, and when the Chinese Communists would win a civil war that positioned them to become a great power.