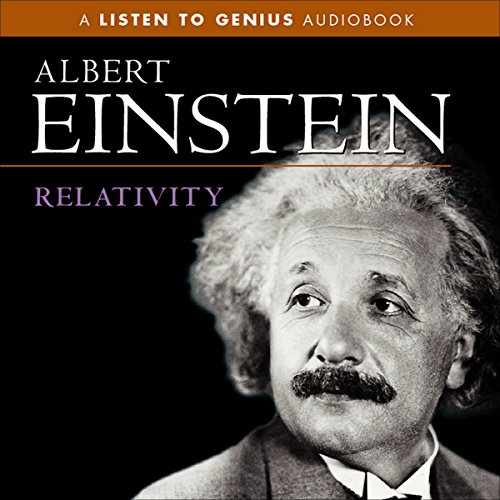 Albert Einstein described Relativity as a "popular explosion" of his famous theory. Written in 1916, it introduced the lay audience to the remarkable perspective that had overturned theoretical physics. Einstein's genius was to express this perspective in understandable terms. 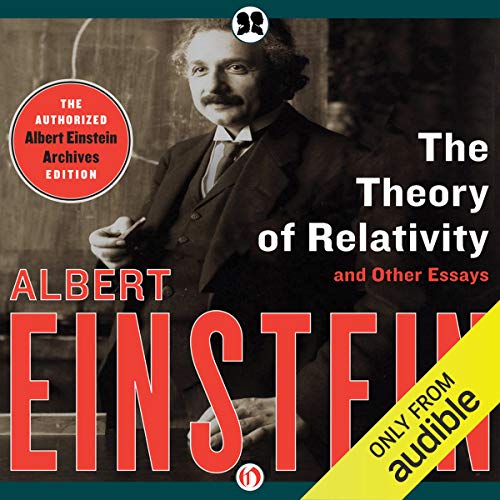 E=mc2: It may be Einsteinâs most well-known contribution to modern science, but how many people understand the thought process or physics behind this famous equation? In this collection of his seven most important essays on physics, Einstein guides the listener step-by-step through the many layers of scientific theory that formed a starting point for his discoveries. By both supporting and refuting the theories and scientific efforts of his predecessors, Einstein reveals in a clear voice the origins and meaning of such significant topics as physics and reality, the fundamentals of theoretical physics, the common language of science, the laws of science and of ethics, and an elementary derivation of the equivalence of mass and energy. This remarkable collection allows the general reader to understand not only the significance of Einsteinâs masterpiece, but also the brilliant mind behind it. 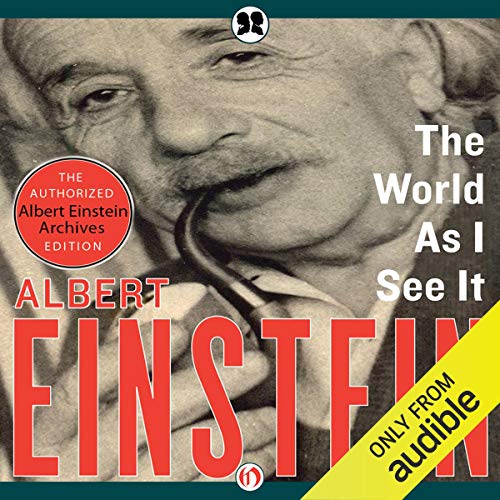 The World as I See It

A fascinating collection of Einsteinâs observations about life, religion, nationalism, and a host of personal topics that engaged the geniusâ intellect In the aftermath of the First World War, Einstein writes about his hopes for the League of Nations, his feelings as a German citizen about the growing anti-Semitism and nationalism of his country, and his myriad opinions about the current affairs of his day. In addition to these political perspectives, The World as I See It reveals the idealistic, spiritual, and witty side of this great intellectual as he approaches topics including "Good and Evil", "Religion and Science", "Active Pacifism", "Christianity and Judaism", and "Minorities". Including letters, speeches, articles, and essays written before 1935, this collection offers a complete portrait of Einstein as a humanitarian and as a human being trying to make sense of the changing world around him. This authorized Philosophical Library audiobook features a new introduction by Neil Berger. "Without the sense of fellowship with men of like mind, of preoccupation with the objective, the eternally unattainable in the field of art and scientific research, life would have seemed to me empty." (Albert Einstein, "Forum and Century") "Preceding generations have presented us, in a highly developed science and mechanical knowledge, with a most valuable gift which carries with it possibilities of making our life free and beautiful such as no previous generation has enjoyed. But this gift also brings with it dangers to our existence as great as any that have ever threatened it." (Albert Einstein, Address to the Studentsâ Disarmament Meeting) Albert Einstein (1879 - 1955) was born in Germany and became an American citizen in 1940. A world-famous theoretical physicist, he was awarded the 1921 Nobel Prize for Physics and is renowned for his Theory of Relativity. In addition to his scientific work, Einstein was an influential humanist who spoke widely about politics, ethics, and social causes. After leaving Europe, Einstein taught at Princeton University. His theories were instrumental in shaping the atomic age. Neil Berger, an associate professor emeritus of mathematics, taught at the University of Illinois at Chicago in the Mathematics, Statistics, and Computer Science department from 1968 until his retirement in 2001. He was the recipient of the first Monroe H. Martin Prize (1975), which is now awarded by the University of Maryland every five years for a singly authored outstanding applied mathematics research paper. He has published numerous papers and reviews in his fields of expertise, which include elasticity, tensor analysis, scattering theory, and fluid mechanics. 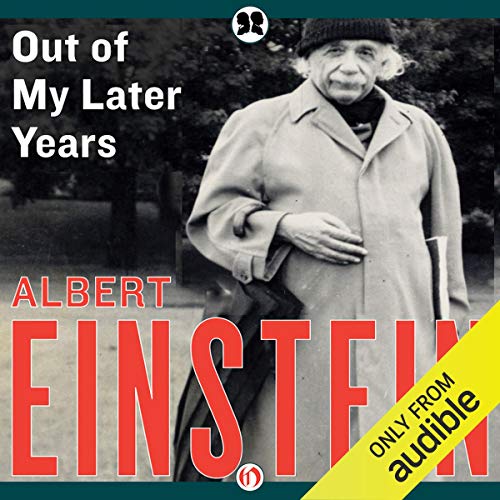 Out of My Later Years

An inspiring collection of essays, in which Albert Einstein addresses the topics that fascinated him as a scientist, philosopher, and humanitarian. Divided by subject matter - âScience,â âConvictions and Beliefs,â âPublic Affairs,â etc. - these essays consider everything from the need for a âsupranationalâ governing body to control war in the atomic age, to freedom in research and education, to Jewish history and Zionism, to explanations of the physics and scientific thought that brought him world recognition. Throughout, Einsteinâs clear, eloquent voice presents an idealistâs vision and relays complex theories to the layperson. Einsteinâs essays share his philosophical beliefs, scientific reasoning, and hopes for a brighter future, and show how one of the greatest minds of all time fully engaged with the changing world around him. This authorized Philosophical Library audiobook features never-before-seen documents from the Albert Einstein Archives at the Hebrew University of Jerusalem. âEthical axioms are found and tested not very differently from the axioms of science. Truth is what stands the test of experience.â - Albert Einstein, âThe Law of Science and the Laws of Ethicsâ Albert Einstein (1879â1955) was born in Germany and became an American citizen in 1940. A world-famous theoretical physicist, he as awarded the 1921 Nobel Prize for Physics and is renowned for his Theory of Relativity. In addition to his scientific work, Einstein was an influential humanist who spoke widely about politics, ethics, and social causes. After leaving Europe, Einstein taught at Princeton University. His theories were instrumental in shaping the atomic age. 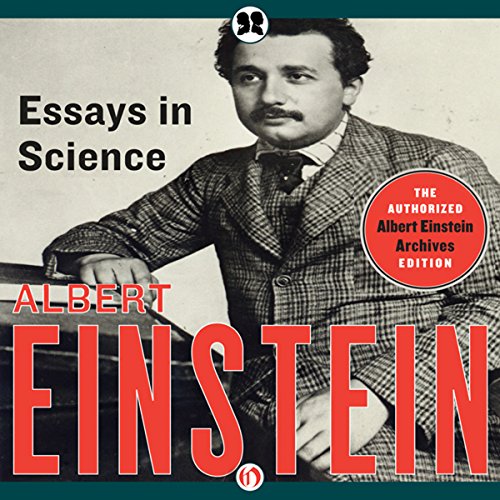 An homage to the men and women of science, and an exposition of Einsteinâs place in scientific history.... In this fascinating collection of articles and speeches, Albert Einstein reflects not only on the scientific method at work in his own theoretical discoveries, but eloquently expresses a great appreciation for his scientific contemporaries and forefathers, including Johannes Kepler, Isaac Newton, James Clerk Maxwell, Max Planck, and Niels Bohr. While Einstein is renowned as one of the foremost innovators of modern science, his discoveries uniquely his own, through his own words it becomes clear that Einstein viewed himself as only the most recent in a long line of scientists driven to create new ways of understanding the world and to prove their scientific theories. Einsteinâs thoughtful examinations explain the âhowâ of scientific innovations both in his own theoretical work and in the scientific method established by those who came before him. 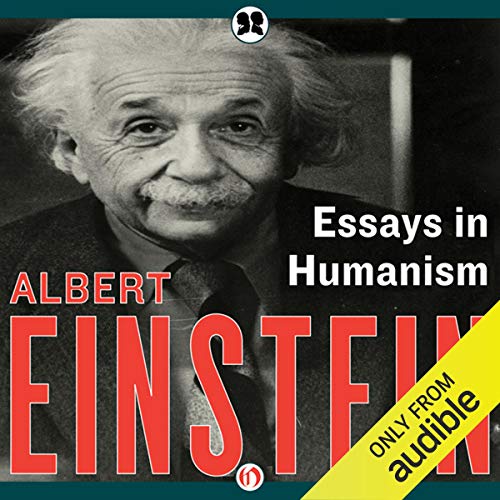 An inspiring collection of the great thinkerâs views on a rapidly changing world. Nuclear proliferation, Zionism, and the global economy are just a few of the insightful and surprisingly prescient topics scientist Albert Einstein discusses in this volume of collected essays from between 1931 and 1950. Written with a clear voice and a thoughtful perspective on the effects of science, economics, and politics in daily life, Einsteinâs writings provide an intriguing view inside the mind of a genius addressing the philosophical challenges presented during the turbulence of the Great Depression, the Second World War, and the dawn of the Cold War. This authorized Philosophical Library edition features information from never-before-seen documents housed at the Albert Einstein Archives of the Hebrew University of Jerusalem. 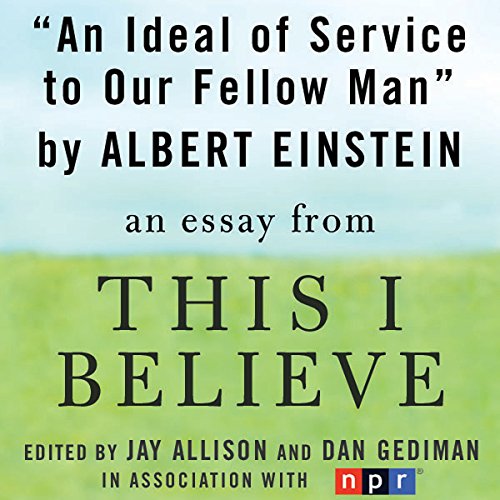 An Ideal of Service to Our Fellow Man

This essay comes from the NPR series This I Believe, which features brief personal reflections from both famous and unknown Americans. The pieces that make up the series compel listeners to rethink not only what and how they have arrived at their beliefs, but also the extent to which they share them with others. 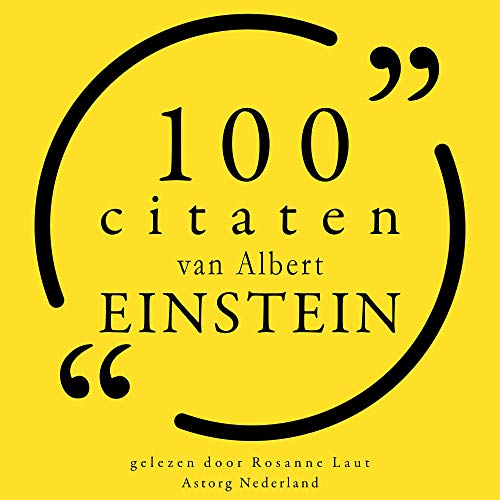 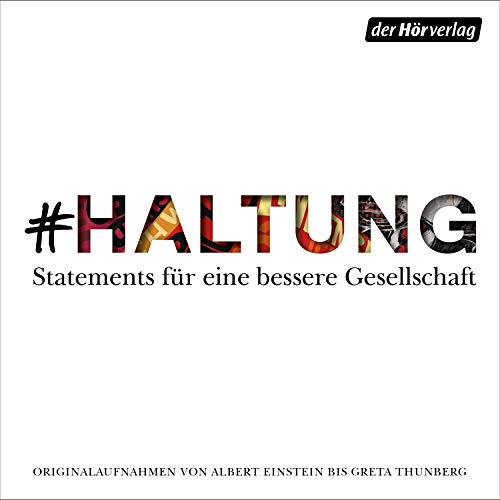