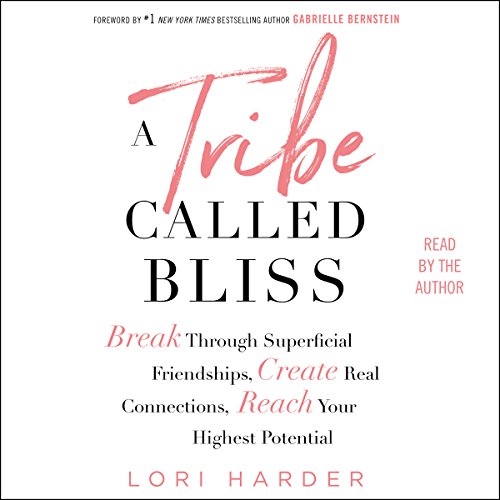 Lori Harder is a self-love expert with over one million listeners on her Earn Your Happy podcast. In A Tribe Called Bliss, she shares the exact structure she used to build her own tribe and grow from the anxiety-ridden, unhealthy, introverted underachiever she was to the confident woman who takes risks and leaps out of her comfort zone, with a foreword from number one New York Times best-selling author Gabrielle Bernstein. The benefits of a having a tribe are undeniable. Women who have strong social circles are living longer, happier, healthier lives in comparison to those who lack connections and are mentally and physically exhausting themselves trying to quench external desires in isolation. Today, we live in an uber-connected era, where anyone is able to make thousands of friends and participate in their lives with the swipe of a finger. Why, then, in such a connected time in history, do so many women feel disconnected, confined, misunderstood, and defeated or think that success is a solo project? In A Tribe Called Bliss, Lori Harder bridges the gap between inspiration and action, providing a lasting resource for positive change and a guidebook for establishing a support tribe. This practical book is for the growing audience of women seeking the sisterhood and connection they crave so much. It encourages readers to examine life on a micro level, and Lori provides lessons and contextual self-work exercises on how to develop the kind of awareness of the present moment that is the key to a lifetime of blissful happiness. 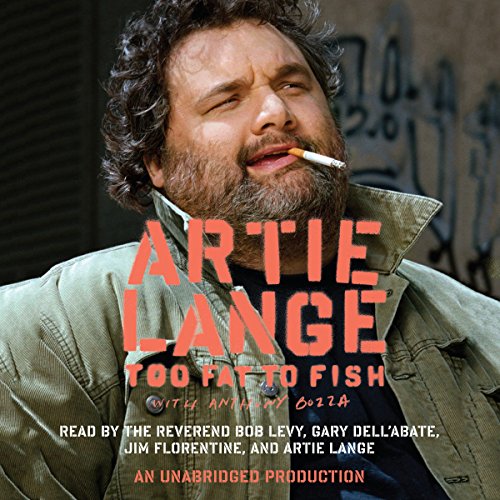 Too Fat to Fish

When Artie Lange joined the permanent cast of The Howard Stern Show in 2001, it was possibly the greatest thing ever to happen in the Stern universe, second only to the show's move to the wild, uncensored frontier of satellite radio. Lange provided what Stern had yet to find all in the same place: a wit quick enough to keep pace with his own, a pathetic self-image to dwarf his own, a personal history both heartbreaking and hilarious, and an ingrained sense of self-sabotage that continually keeps things interesting. A natural storyteller with a bottomless pit of material, Lange grew up in a close-knit, working-class Italian family in Union, New Jersey, as a maniacal Yankees fan who pursued the two things his father said he was cut out for: sports and comedy. Tragically, Artie Lange Sr. never saw the truth in that prediction. He became a quadriplegic in an accident when Artie was 18 and died soon after. But as with every trial in his life, from his drug addiction to his obesity, to his fights with his mother, Artie mines the humor, pathos, and humanity in these events and turns them into comedy classics. True fans of the Stern Show will find Artie gold in these pages: hilarious tales that couldn't have happened to anyone else. There are stories from his days driving a Jersey cab, working as a longshoreman in Port Newark, and navigating the dark circuit of stand-up comedy. There are outrageous episodes from the frenzied heights of his coked-up days at MADtv, surprisingly moving stories from his childhood, and an account of his recent U.S.O. tour that is equally stirring and irreverent. But also in this volume are stories Artie's never told before, including some that he deemed too revealing for radio. Wild, shocking, and drop-dead hilarious, Too Fat to Fish is Artie Lange giving everything he's got to give. And like a true pro, the man never disappoints. 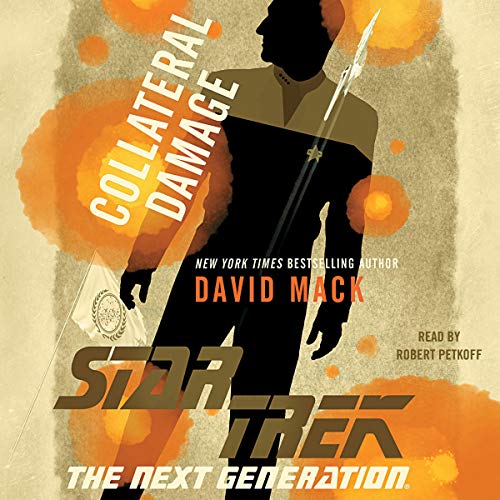 From the New York Times best-selling author of Star Trek: Discovery: Desperate Hours comes an original, thrilling novel set in the universe of Star Trek: The Next Generation!

The past returns to haunt Captain Jean-Luc Picard - a crime he thought long-buried has been exposed, and he must return to Earth to answer for his role in a conspiracy that some call treason. Meanwhile, the USS Enterprise is sent to apprehend pirates who have stolen vital technology from a fragile Federation colony. But acting captain Commander Worf discovers that the pirates motives are not what they seem and that sometimes, standing for justice means defying the law.... 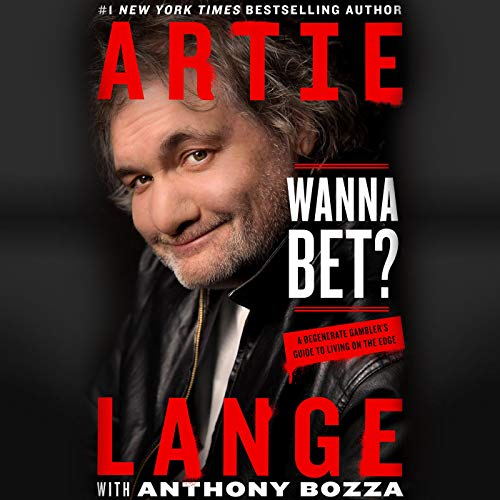 "Langes entertaining book makes it clear that, no matter how wild and risky his lifestyle may be, he takes comedy more seriously than anything else." (Publishers Weekly)  When Artie Lange's first book, the number-one New York Times best seller, Too Fat to Fish, hit the top of the charts, audiences learned what Howard Stern listeners already knew: that Artie is one of the funniest people alive. He is also an artist haunted by his fair share of demons, which overtook him in the years that followed. After a suicide attempt, a two-year struggle with depression, and years of chronic opiate addiction, Artie entered recovery and built himself back up, chronicling his struggle in brave detail in his next book and second New York Times best seller, Crash and Burn.  In his hilarious third book, the two-time best-selling author, comedian, actor, and radio icon explains the philosophy that has kept his existence boredom-free since the age of 13 - the love of risk. An avid sports better and frequent card player, Lange believes that the true gambler gets high not from winning, but from the chaotic unknown of betting itself. He recounts some of his favorite moments, many of which haven't involved money at all. In this candid and entertaining memoir, he looks back at the times he's wagered the intangible and priceless things in life: his health, his career, and his relationships. The stories found in Wanna Bet? paint a portrait of a man who would just as quickly bet tens of thousands of dollars on a coin toss as he would a well-thought-out NBA or NFL wager.  Along for the ride are colorful characters from Artie's life who live by the same creed, from a cast of childhood friends to peers like comedian and known gambler Norm McDonald. The book is a tour of a subculture where bookies and mobsters, athletes and celebrities ride the gambling roller coaster for the love of the rush. Through it all, somehow Artie has come out ahead, though he does take a few moments to imagine his life if things hadn't quite gone his way. Unrepentant and unrestrained, the book is Lange at his finest. Cover design by Rob Grom 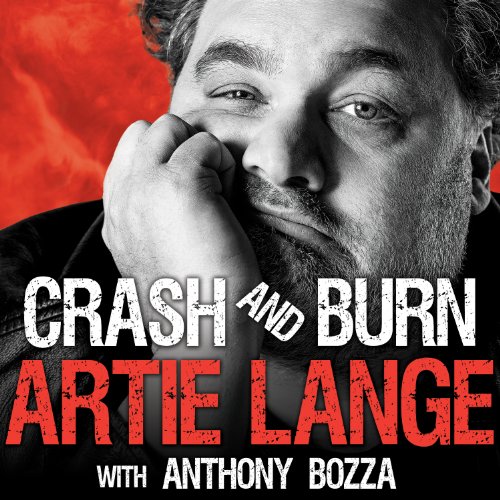 At a high point in his career, Artie Lange performed a sold-out show in Carnegie Hall-and he did it with a pocketful of heroin. In the midst of a deep, self-destructive depression, addicted to heroin, cocaine, and prescription drugs, he lashed out at everyone around him - from his cohosts on The Howard Stern Show to celebrity guests and even his longtime friends. Then came his legendary meltdown on-air, with 6 million people listening, after which Lange pulled himself together enough to go to a buddy's bachelor party in Amsterdam. He never made the party, but instead used the trip as an opportunity to hole up in his hotel room with a prostitute and do drugs. By turns dark and harrowing, hilarious and poignant, and always drop-dead honest, Crash and Burn is a blow-by-blow account of Lange's years of addiction, a suicide attempt (which he relates in terrifying detail), hitting rock bottom, stints in rehab, and painful relapses. With the help and support of friends and family, Lange manages to recover and get his life and career back on track. And despite his slip-ups, backslides, and permanent losses, Artie Lange forges on. From drugs to sports to falling in love, Lange tells all in Crash and Burn, the story of his life that is as shocking as it is funny, ever tempered by his characteristic humor, self-awareness, and inimitable way with words.