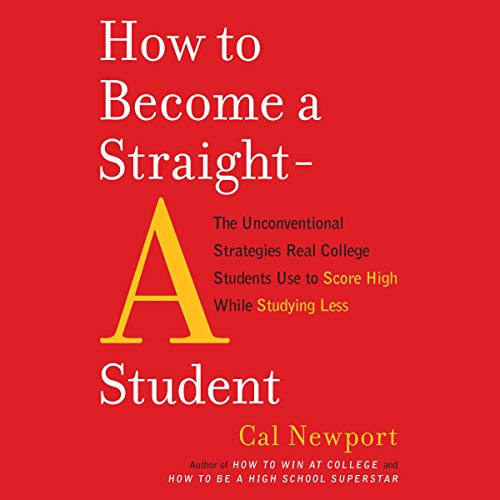 How to Become a Straight-A Student

Looking to jump-start your GPA? Most college students believe straight As can be achieved only through cramming and painful all-nighters at the library. But Cal Newport knows that real straight-A students dont study harder - they study smarter.  A breakthrough approach to acing academic assignments, from quizzes and exams to essays and papers, How to Become a Straight-A Student reveals for the first time the proven study secrets of real straight-A students across the country and weaves them into a simple, practical system that anyone can master.  You will learn how to: Streamline and maximize your study time  Conquer procrastination Absorb the material quickly and effectively Know which reading assignments are critical - and which are not Target the paper topics that wow professors Provide A+ answers on exams Write stellar prose without the agony A strategic blueprint for success that promises more free time, more fun, and top-tier results, How to Become a Straight-A Student is the only study guide written by students for students - with the insider knowledge and real-world methods to help you master the college system and rise to the top of the class. Includes a PDF of Time Management Tips.  PLEASE NOTE: When you purchase this title, the accompanying PDF will be available in your Audible Library along with the audio. 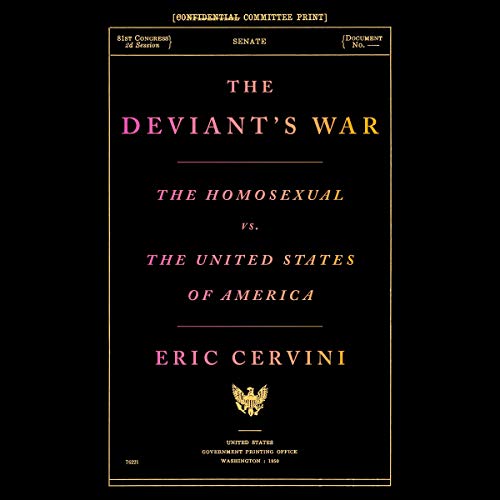 "Vikas Adam draws the listener in, expertly narrating Cervini's work, which charts the beginning of the gay rights movement in the United States...Vikas Adam does an excellent job lending unique voices to real historical figures." (AudioFile Magazine)  A Publishers Weekly most anticipated spring book From a young Harvard and Cambridge-trained historian, the secret history of the fight for gay rights that began a generation before Stonewall In 1957, Frank Kameny, a rising astronomer working for the US Defense Department in Hawaii, received a summons to report immediately to Washington, D.C. The Pentagon had reason to believe he was a homosexual, and after a series of humiliating interviews, Kameny, like countless gay men and women before him, was promptly dismissed from his government job. Unlike many others, though, Kameny fought back.  Based on firsthand accounts, recently declassified FBI records, and 40,000 personal documents, Eric Cervini's The Deviant's War unfolds over the course of the 1960s, as the Mattachine Society of Washington, the group Kameny founded, became the first organization to protest the systematic persecution of gay federal employees. It traces the forgotten ties that bound gay rights to the Black Freedom Movement, the New Left, lesbian activism, and trans resistance. Above all, it is a story of America (and Washington) at a cultural and sexual crossroads; of shocking, byzantine public battles with Congress; of FBI informants; murder; betrayal; sex; love; and ultimately victory. A Macmillan Audio production from Farrar, Straus and Giroux