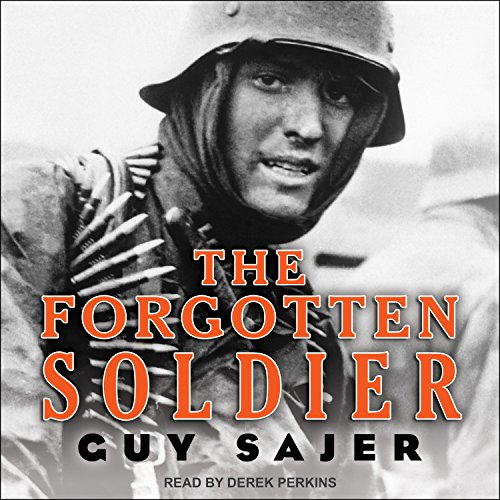 When Guy Sajer joins the infantry full of ideals in the summer of 1942, the German army is enjoying unparalleled success in Russia. However, he quickly finds that for the foot soldier the glory of military success hides a much harsher reality of hunger, fatigue, and constant deprivation. Posted to the elite Grosse Deutschland division, with its sadistic instructors who shoot down those who fail to make the grade, he enters a violent and remorseless world where all youthful hope is gradually ground down, and all that matters is the brute will to survive. As the biting cold of the Russian winter sets in and the tide begins to turn against the Germans, life becomes an endless round of pounding artillery attacks and vicious combat against a relentless and merciless Red Army. Sajer's perspective as a German foot soldier makes The Forgotten Soldier a unique war memoir, the book that the Christian Science Monitor said "may well be the book about World War II which has been so long awaited". A work of stunning force, this is an unforgettable reminder of the horrors of war. 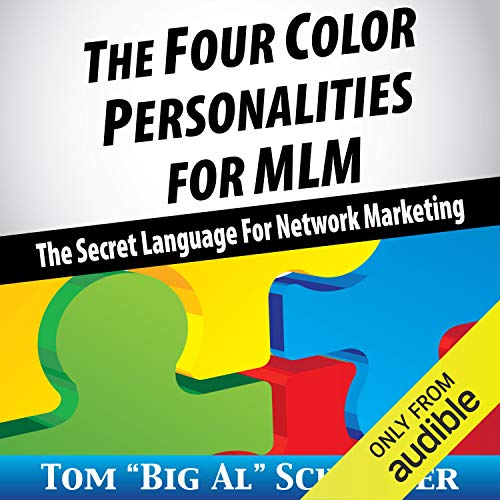 The Four Color Personalities for MLM

Instant bonding, instant communication, and how to get your network marketing prospects to fully understand and act on your message = fun! This is the most fun of the 25 skills of network marketing. Our prospects have a different point-of-view than we do. So how do we give them our message in a way they "get it" and enjoy it? By quickly identifying their color personality. This isn't a boring research textbook on the four different personalities. This audiobook is a fun, easy way to know how your prospects think, and the precise magic words to say to each of the four personalities. The results are stunning. Shy distributors become confident when they understand how their prospects think. Experienced distributors have short conversations that get prospects to join immediately. Why be frustrated with prospects? Instead, quickly discover the four personalities in a fun way that you will always remember. You will enjoy observing and analyzing your friends, co-workers, and relatives, and you'll see the way they see the world. It feels like you have 3-D glasses in your network marketing career. Of the 25 skills, this is the first skill that new distributors should learn. Why? It gives new distributors instant confidence. It eliminates rejection. It helps prospects listen with open minds. It gets instant results. What could be better than that? You won't have to look for great prospects when you know the four color personalities. You will have the ability to turn ordinary people into hot prospects by knowing their color personality and by saying the right words. By using humorous, slightly exaggerated examples of the four personality traits, you will remember and use this skill immediately. Life is more fun when you are the only one with the 3-D glasses.