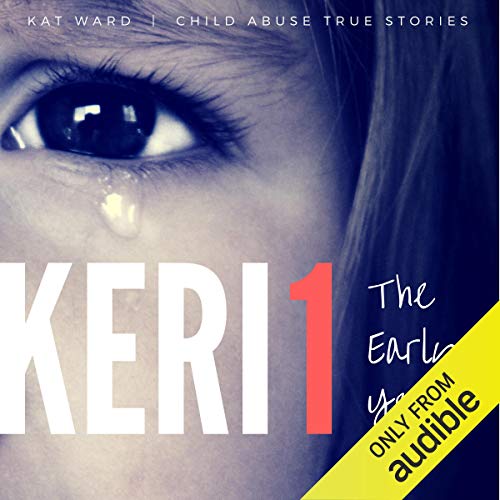 From the outside, there was no reason to suspect the family life of young schoolchild Keri was anything but unremarkable.

Two loving parents, a backdrop of 1960s Britain; life had provided for her, at least with the riches of modesty. Keri herself however, would often confound teachers with her erratic behaviour, which was at best sullen and withdrawn; at worst violently disruptive. When challenged, she would only exacerbate her growing reputation as a fantasist; weaving terrible tales about the "abuse" she was suffering at the hands of her very creators. But it was the much-celebrated age of innocence; the childhood of our modern culture. Big brother had not yet been born and Nanny was only looking out for her dearest, as opposed to the entire State. Who would take the word of child on such matters? After all, she was just a bad egg - wasn't she? Well, no. She wasn't.

She was indeed, for over a decade, the victim of an abuse so staggering that merely to read about it is enough to freeze even the thickest of blood. "Keri" is the story of what happens when truth is imprisoned in a little glass jar and buried deep within the Earth, condemned to a sentence of eternal silence. For truth may be repressed, but never suppressed. It will always find light eventually.

And in this gut-wrenching account of her early life, author Kat Ward takes the reader through every shade of darkness, whilst never allowing the candle of hope to fully extinguish, so as the truth may indeed find its rightful freedom.

Disclaimer: This is a true story of child abuse. Reader discretion is advised. 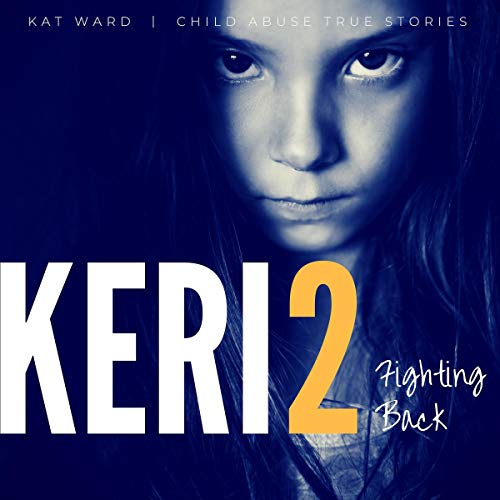 Being a teenager isn't easy. Even kids who grow up in happy, loving households encounter all manner of problems during adolescence. But children who were abused, raped, bullied, mistreated, or neglected during their earliest years, face the transition at an even greater disadvantage. For they not only come completely ill-prepared, but also badly scarred, and often are still licking the wounds from their childhoods.

This second volume of Kat Ward's sensational autobiography covers her plight as she grew in stature, and began to challenge the authority structures that had ruled over her young life so cruelly up until that point. It was a desperate rebellion in true teen spirit, but even with all the will in the world, she was still a child in a world full of grown-ups. And if there's one thing an abuser knows all too well, it's how to wield their power over the powerless...

Disclaimer: This is a true story of child abuse. Discretion is advised. 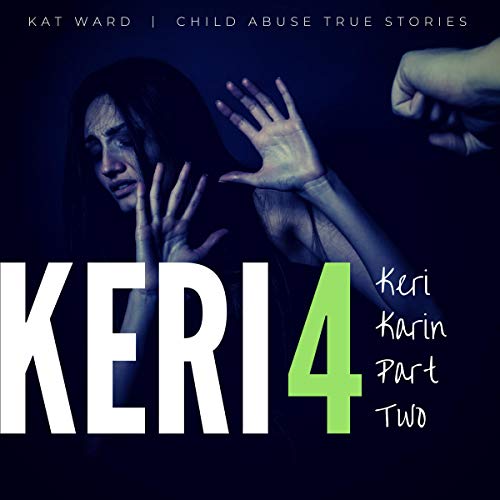 Child Abuse True Stories presents: Volume four of Kat Ward's sensational autobiography! The year was 1975, and at age 16, young Keri was desperate to strike out on her own. However, as listeners of the first three volumes of this series will know, her childhood was hardly the loving, supportive, preparatory period it should have been. Instead of family dinners and piano recitals, there were shattered dishes and abusive parents. Instead of trips to the museum, there were trips to TV studios - to be molested by celebrities. In short, her childhood was nothing short of a nightmare. Should it really be any surprise then, after such a traumatic baptism into life, that her first foray into the adult world was hardly an unmitigated success? From living in squalor to racking up debts, her new-found independence forced her face-to-face with many of life's grim realities. And despite waiting all her life for her freedom, she soon realised that a world without the institutional bars she was so accustomed to was just too much of a jungle. And every jungle has its predators... But what was a girl to do? Regress back to an abusive enslavement? Or continue moving forward in a world that seemed so backward? She needed a friend - and fast. Naturally, her understandable distrust of others didn't make things easy. Not to mention her warped idea of love. In the end though, her determination proved the deciding factor. As far as she was concerned, she'd performed her final "favour", and cried the last of her tears. But just when she thought she'd finally left her demons behind, she found herself at the mercy of unsavoury characters yet again - and this time, without anyone to turn to... Disclaimer: This is a true story of child abuse. Discretion is advised. 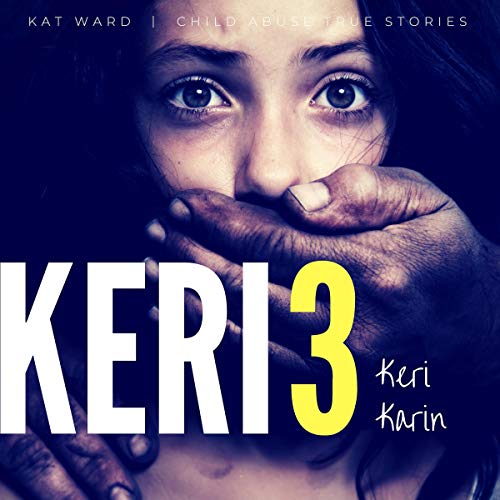 Child Abuse True Stories presents: Volume 3 of Kat Ward's sensational autobiography! In this much-publicised third volume, Kat recounts her early-mid teen years; no longer a small child, but a girl on the cusp of adolescence. Still traumatized by her early experiences, but not entirely without that sense of vague hope that is the inalienable property of youth. Now at Duncroft Approved School for emotionally disturbed girls, her life had come to resemble that of a prisoner; a good day was a bad one and a bad day was horrific. A pattern interrupted only by the periodic visits of a certain creepy old man in a shiny tracksuit, with a pocket full of a cigars and a caravan full of demands. There were Rolls-Royce trips to London. There were jaunts to TV studios. And, of course, for Kat, as with most of the girls, there were dreams of a brighter future. But despite all the promises, there was simply no way out. For at almost every turn, another nefarious character was waiting to take advantage of the girls that no-one would believe anyway. Disclaimer: This is a true story of child abuse. Discretion is advised. 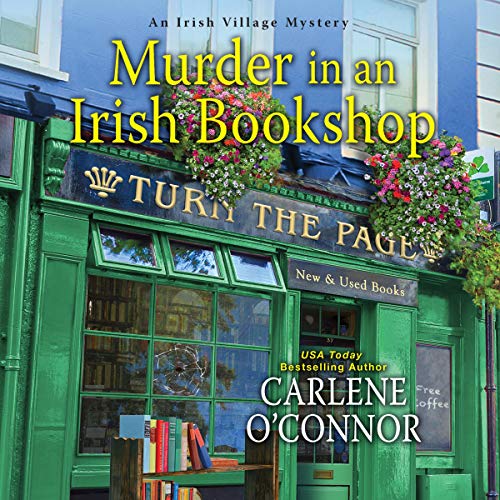 Murder at an Irish Bookshop

Between training the new town garda and trying to set a wedding date with her fiancé, Macdara Flannery, Siobhán is feeling a bit overwhelmed. Shes looking forward to visiting the new bookshop and curling up with an exciting novel - only to discover the shelves contain nothing but Literature with a capital L. The owner not only refuses to stock romances, mysteries, and science fiction, but wont even let customers enter his store unless they can quote James Joyce or Sean Hennessey.  Despite the owner deliberately limiting his clientele, hes hosting a reading and autographing event featuring up-and-coming Irish writers who will be taking up residency in Kilbane for a month. Among them is indie author Deirdre Walsh, who spends more time complaining about the unfairness of the publishing industry and megastar best sellers instead of her own creative works, causing a heated debate among the writers. She seems to have a particular distaste for the novels of Nessa Lamb.  Then Deirdres body is found the next day in the back of the store - with pages torn from Nessas books stuffed in her mouth. Now, Siobhán must uncover which of Kilbanes literary guests took Deirdres criticisms so personally, theyd engage in foul play.... 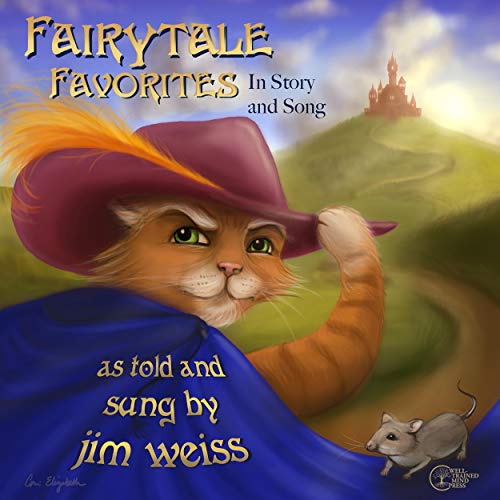