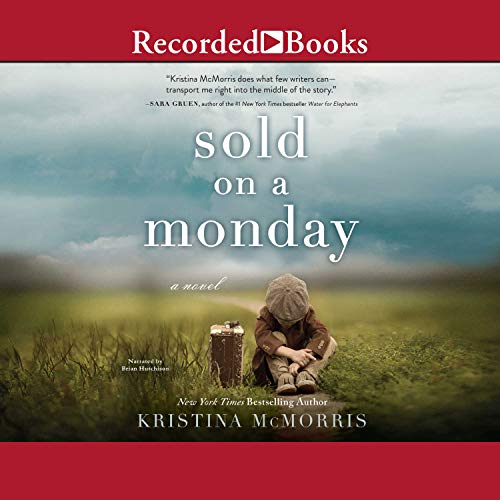 Sold on a Monday

A picture is worth a thousand words, but sometimes the story behind the picture is worth a thousand more.  2 CHILDREN FOR SALE.  In 1931, near Philadelphia, ambitious reporter Ellis Reed photographs the gut-wrenching sign posted beside a pair of siblings on a farmhouse porch. With the help of newspaper secretary Lily Palmer, Ellis writes an article to accompany the photo. Capturing the hardships of American families during the Great Depression, the feature story generates national attention and Ellis's career skyrockets.  But the piece also leads to consequences more devastating than he and Lily ever imagined - and it will risk everything they value to unravel the mystery and set things right.  Inspired by a newspaper photo that stunned readers throughout the country, Sold on a Monday is a powerful novel of ambition, redemption, love, and family. 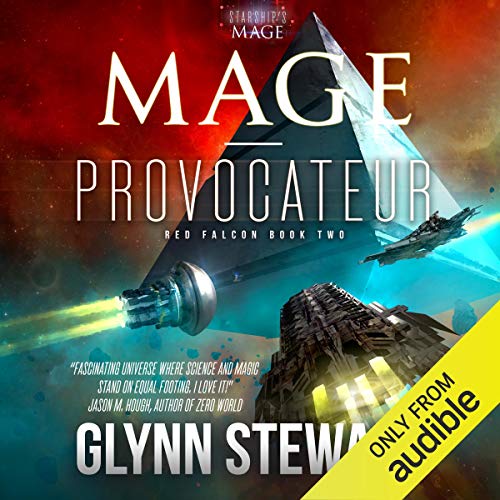 Vengeance hunts them. Rebellion seeks them. Loyalty commands them. The shadows will fear them.   Captain David Rice and Mage Maria Soprano have made their choice, signing up with the Martian Interstellar Security Agency and converting Red Falcon into a covert operations ship for the Protectorate.   Their new duties drag them back into the very underworld they once strove to escape, intentionally provoking the Azure Legacy into a renewed conflict. They find unexpected allies with secret agents from Legatuss rebellion against Mars as they seek to stop Mikhail Azures Blue Star Syndicate from being reborn.   The Azure Legacy wants revenge. Legatus wants blood. David and Maria are bound by the overriding duty of all officers of the Mage-Kings Protectorate: protect the innocent. 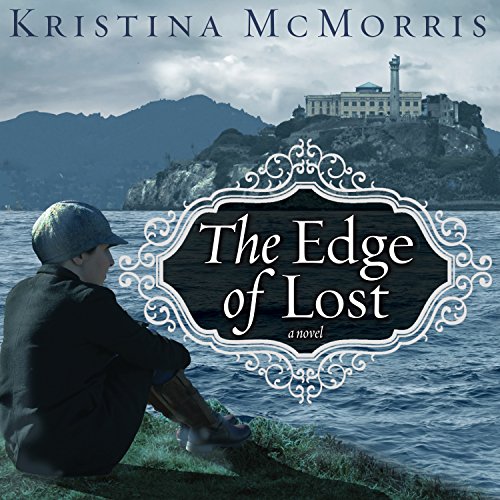 The Edge of Lost

On a cold night in October 1937, searchlights cut through the darkness around Alcatraz. A prison guard's only daughter - one of the youngest civilians who lives on the island - has gone missing. Tending the warden's greenhouse, convicted bank robber Tommy Capello waits anxiously. Only he knows the truth about the little girl's whereabouts and that both of their lives depend on the search's outcome. Almost two decades earlier and thousands of miles away, a young boy named Shanley Keagan ekes out a living as an aspiring vaudevillian in Dublin pubs. Talented and shrewd, Shan dreams of shedding his dingy existence and finding his real father in America. The chance finally comes to cross the Atlantic, but when tragedy strikes, Shan must summon all his ingenuity to forge a new life in a volatile and foreign world. Skillfully weaving these two stories, Kristina McMorris delivers a compelling novel that moves from Ireland to New York to the San Francisco Bay. As her finely crafted characters discover the true nature of loyalty, sacrifice, and betrayal, they are forced to confront the lies we tell - and believe - in order to survive. 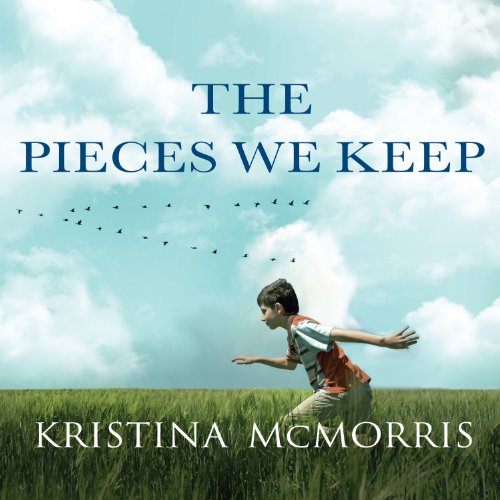 The Pieces We Keep

Two years have done little to ease veterinarian Audra Hughes' grief over her husband's untimely death. Eager for a fresh start, Audra plans to leave Portland for a new job in Philadelphia. Her seven-year-old son, Jack, seems apprehensive about flying - but it's just the beginning of an anxiety that grows to consume him. As Jack's fears continue to surface in recurring and violent nightmares, Audra hardly recognizes the introverted boy he has become. Desperate, she traces snippets of information unearthed in Jack's dreams, leading her to Sean Malloy, a struggling U.S. Army veteran wounded in Afghanistan. Together they unravel a mystery dating back to World War II, and uncover old family secrets that still have the strength to wound - and perhaps, at last, to heal. Intricate and beautifully written, The Pieces We Keep illuminates those moments when life asks us to reach beyond what we know and embrace what was once unthinkable. Deftly weaving together past and present, herein lies a story that is at once poignant and thought-provoking, and as unpredictable as the human heart. 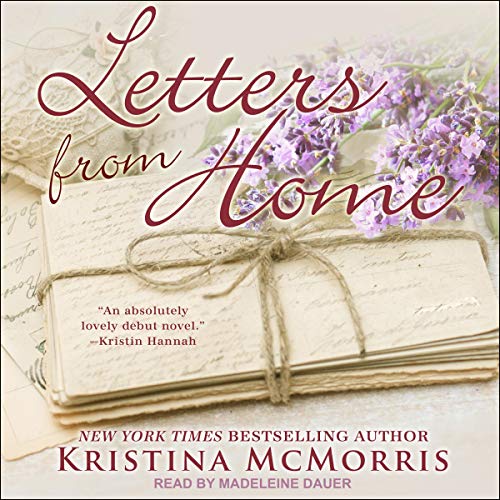 Chicago, 1944. Liz Stephens has little interest in attending a USO club dance with her friends Betty and Julia. She doesn't need a flirtation with a lonely serviceman when she's set to marry her childhood sweetheart. Yet something happens the moment Liz glimpses Morgan McClain. They share only a brief exchange - cut short by the soldier's evident interest in Betty - but Liz can't forget him. Thus, when Betty asks her to ghostwrite a letter to Morgan, stationed overseas, Liz reluctantly agrees.   Thousands of miles away, Morgan struggles to adjust to the brutality of war. His letters from "Betty" are a comfort, their soul-baring correspondence a revelation to them both. While Liz is torn by her feelings for a man who doesn't know her true identity, Betty and Julia each become immersed in their own romantic entanglements. And as the war draws to a close, all three will face heart-wrenching choices, painful losses, and the bittersweet joy of new beginnings. Beautifully rendered and deeply moving, Letters from Home is a story of hope and connection, of sacrifices made in love and war - and the chance encounters that change us forever. 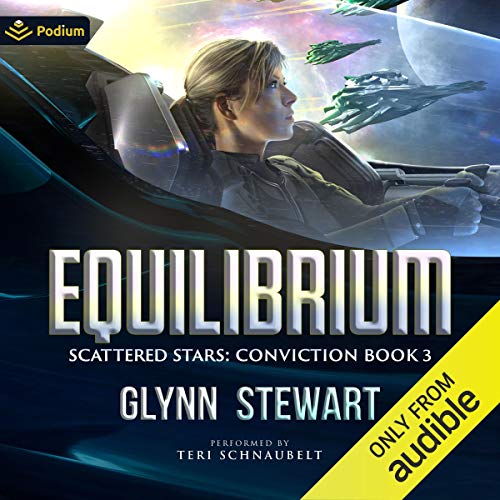 Peace forged on the edge of civilization. Lies forged in the heart of mankind. A legend rises to the final challenge. Exile to the Syntactic Cluster has been good for Kira Demirci and her friends. Once elite pilots of the Apollo System Defense Force, they now own the most powerful mercenary warship in the entire star cluster. Working with the carrier-for-hire Conviction and her captain, John Estanza, they have helped the king of Redward usher in a new era of hope for the entire Cluster. That hope is nearly shattered when Estanzas old enemies in the Equilibrium Institute strike directly at Redwards king. Revenge and money bring the mercenaries into an allied fleet - one intended to neutralize the last threats to the peace. But the Institutes plans for the Syntactic Cluster are intricate and deep. Even as the mercenaries and their employers move against the enemies they see, shadows gather in the Cluster, bearing whispers of a forgotten name: Cobra Squadron. 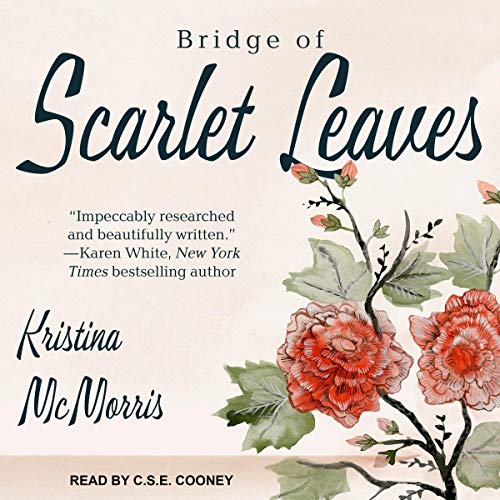 An "impeccably researched and beautifully written" novel about a California marriage threatened by the Japanese internments of WWII (Karen White, New York Times best-selling author of The Sound of Glass).   Los Angeles, 1941. Violinist Maddie Kern's life seemed destined to unfold with the predictable elegance of a Bach concerto. Then she fell in love with Lane Moritomo.    Her brother's best friend, Lane is the handsome, ambitious son of Japanese immigrants. Maddie was prepared for disapproval from their families, but when Pearl Harbor is bombed the day after she and Lane elope, the full force of their decision becomes apparent. In the eyes of a fearful nation, Lane is no longer just an outsider, but an enemy.    Maddie follows when her husband is interned at a war relocation camp, sacrificing her Juilliard ambitions. Behind barbed wire, tension simmers and the line between patriot and traitor blurs. As Maddie strives for the hard-won acceptance of her new family, Lane risks everything to prove his allegiance to America - at tremendous cost - in this "beautiful, timeless love story... McMorris's words reach right off the page and grab at your heart" (Sarah Jio, New York Times best-selling author of Blackberry Winter).