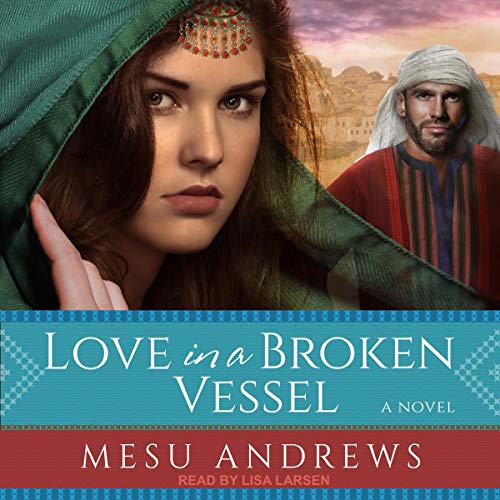 Love in a Broken Vessel

Hosea has been charged by God with a difficult task-marry a prostitute in order to show God's people the nature and depth of his love for Israel. When Hosea goes to Israel to proclaim God's message, the prostitute God tells him to marry turns out to be his childhood friend Gomer. He finds her broken and abused, unwilling to trust Hosea or his God. But when marrying Hosea becomes her only choice, Gomer does what she's good at - she survives. Can Hosea's love for God and God's love for Israel heal Gomer's broken spirit? With her potent combination of in-depth research and masterful storytelling, Mesu Andrews brings to life a complex and fascinating biblical story of the power of love and forgiveness in the face of utter betrayal. 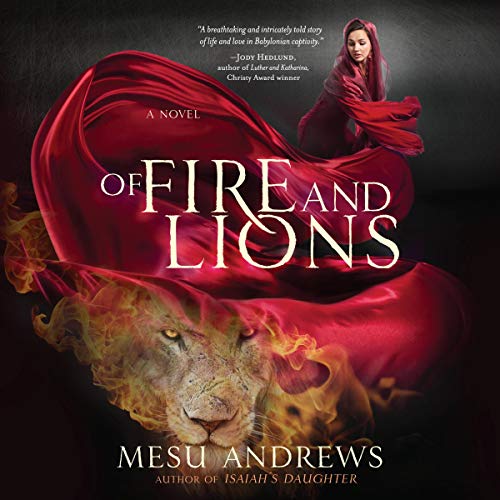 Of Fire and Lions

The Old Testament book of Daniel comes to life in this novel for fans of Lynn Austin's Chronicles of the Kings series or Francine Rivers' Mark of the Lion series. Finalist for the Christy Award Survival. A Hebrew girl first tasted it when she escaped death nearly 70 years ago as the Babylonians ransacked Jerusalem and took their finest as captives. She thought she'd perfected in the many years among the Magoi and the idol worshipers, pretending with all the others in King Nebuchadnezzar's court. Now, as Daniel's wife and a septuagenarian matriarch, Belili thinks she's safe and that she can live out her days in Babylon without fear - until the night Daniel is escorted to Belshazzar's palace to interpret mysterious handwriting on a wall. The Persian Army invades, and Bellili's tightly wound secrets unfurl with the arrival of the conquering army. What will the reign of Darius mean for Daniel, a man who prays to Yahweh alone?  Ultimately, Yahweh's sovereign hand guides Jerusalem's captives, and the frightened Hebrew girl is transformed into a confident woman who realizes her need of the God who conquers both fire and lions. 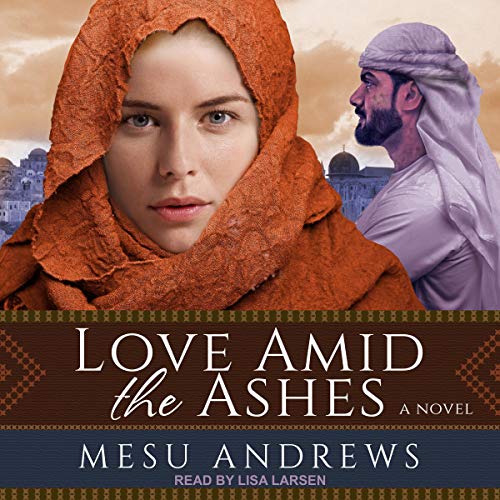 Love Amid the Ashes

People often think of Job sitting on the ash heap, his life in shambles. But how did he get there? What was Job's life like before tragedy struck? What did he think as his world came crashing down around him? And what was life like after God restored his wealth, health, and family? Through painstaking research and a writer's creative mind, Mesu Andrews weaves an emotional and stirring account of this well-known story told through the eyes of the women who loved him. Drawing together the account of Job with those of Esau's tribe and Jacob's daughter Dinah, Love Amid the Ashes breathes life, romance, and passion into the classic biblical story of suffering and steadfast faith. 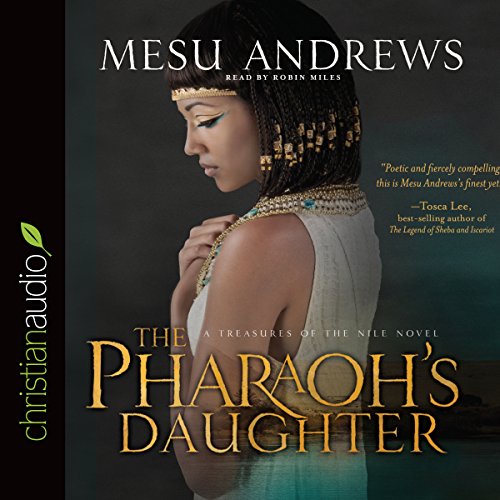 "You will be called Anippe, daughter of the Nile. Do you like it?" Without waiting for a reply, she pulls me into her squishy, round tummy for a hug. I'm trying not to cry. Pharaoh's daughters don't cry. When we make our way down the tiled hall, I try to stop at ummi Kiya's chamber. I know her spirit has flown, yet I long for one more moment. Amenia pushes me past so I keep walking and don't look back. Like the waters of the Nile, I will flow. Anippe has grown up in the shadows of Egypt's good god Pharaoh, aware that Anubis, god of the afterlife, may take her or her siblings at any moment. She watched him snatch her mother and infant brother during childbirth, a moment that awakened in her a terrible dread of ever bearing a child. Now she is to be become the bride of Sebak, a kind but quick-tempered Captain of Pharaoh Tut's army. In order to provide Sebak the heir he deserves yet protect herself from the underworld gods, Anippe must launch a series of deceptions, even involving the Hebrew midwives - women ordered by Tut to drown the sons of their own people in the Nile. When she finds a baby floating in a basket on the great river, Anippe believes Egypt's gods have answered her pleas, entrenching her more deeply in deception and placing her and her son, Mehy, whom handmaiden Miriam calls Moses, in mortal danger. As bloodshed and savage politics shift the balance of power in Egypt, the gods reveal their fickle natures, and Anippe wonders if her son, a boy of Hebrew blood, could one day become king. Or does the god of her Hebrew servants, the one they call El Shaddai, have a different plan - for them all? 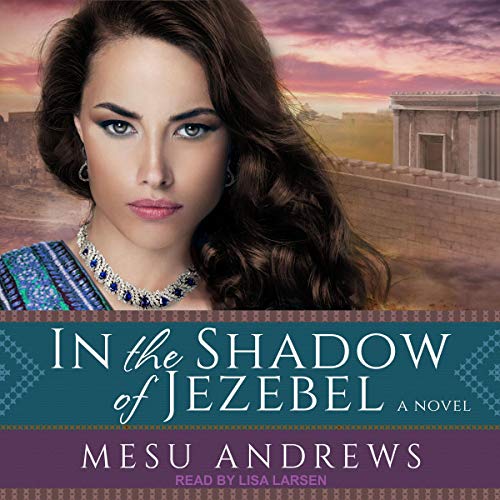 In the Shadow of Jezebel

Princess Jehosheba wants nothing more than to please the harsh and demanding Queen Athaliah, daughter of the notorious Queen Jezebel. Her work as a priestess in the temple of Baal seems to do the trick. But when a mysterious letter from the dead prophet Elijah predicts doom for the royal household, Jehosheba realizes that the dark arts she practices reach beyond the realm of earthly governments. To further Athaliah and Jezebel's strategies, she is forced to marry Yahweh's high priest and enters the unfamiliar world of Yahweh's temple. Can her new husband show her the truth and love she craves? And can Jehosheba overcome her fear and save the family - and the nation - she loves? With deft skill, Mesu Andrews brings Old Testament passages to life, revealing a fascinating story of the power of unconditional love. 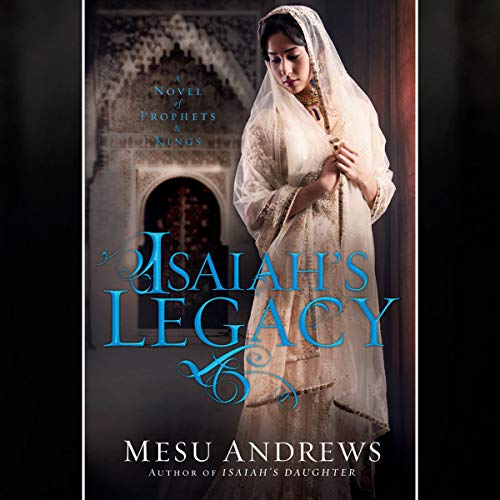 The drama of the Old Testament comes to life as Judah's most notorious king ascends to the throne in this gripping novel from the award-winning author of Isaiah's Daughter. At eight years old, Shulle has known only life in a small village with her loving but peculiar father. When Uncle Shebna offers shelter in Jerusalem in exchange for Shulle's help tutoring King Manasseh, Judah's five-year-old co-regent who displays the same peculiarities as her father, she's eager to experience the royal court. But Shulle soon realizes the limits of her father's strict adherence to Yahweh's Law when Uncle Shebna teaches her of the starry hosts and their power. Convinced Judah must be freed from Yahweh's chains, she begins the subtle swaying of young Manasseh, using her charm and skills on the boy no one else understands. When King Hezekiah dies, 12-year-old Manasseh is thrust onto Judah's throne, bitter at Yahweh and eager to marry the girl he adores. Assyria's crown prince favors Manasseh and twists his brilliant mind toward cruelty, beginning Shulle's long and harrowing journey to discover the Yahweh she'd never known, guided with loving wisdom by Manasseh's mother: Isaiah's daughter, the heartbroken Hephzibah. Amid Judah's dark days, a desperate remnant emerges, claiming the Lord's promise, "Though we're helpless now, we're never hopeless - because we serve El Shaddai." Shulle is among them, a girl who becomes a queen through Isaiah's legacy. 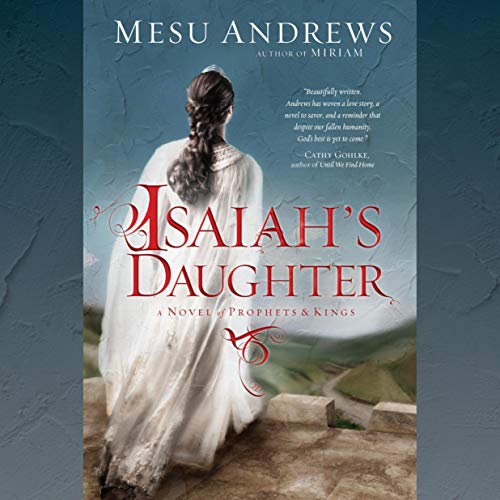 In this epic Biblical narrative, ideal for fans of The Bible miniseries, a young woman taken into the prophet Isaiah's household rises to capture the heart of the future king.  Isaiah adopts Ishma, giving her a new name - Zibah, delight of the Lord - thereby ensuring her royal pedigree. Ishma came to the prophet's home, devastated after watching her family destroyed and living as a captive. But as the years pass, Zibah's lively spirit wins Prince Hezekiah's favor, a boy determined to rebuild the kingdom his father has nearly destroyed. But loving this man will awake in her all the fears and pain of her past and she must turn to the only One who can give life, calm her fears, and deliver a nation.  "Andrews (The Pharaohs Daughter) offers her unique brand of in-depth Bible knowledge and storytelling flair...[she] is gifted at bringing the past to life...." (Publishers Weekly, starred review) 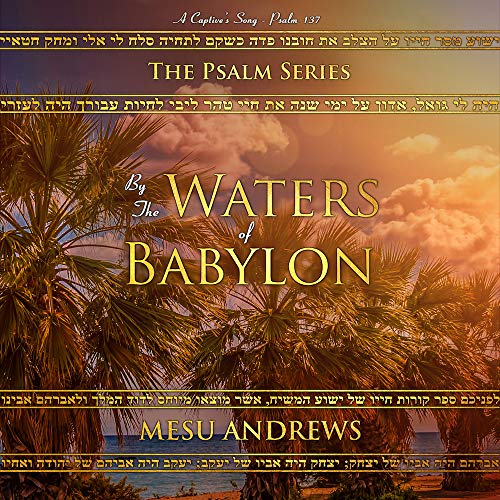 By the Waters of Babylon

Experience the psalms like never before - through heart-pounding fiction! When Babylon destroys Jerusalem, as Yahweh warned through his prophets, the captives' bitterness and grief pours out in the Captives' Psalm: "[By the rivers of Babylon] we sat as exiles, mourning our captivity, and wept with great love for Zion. Our music and mirth were no longer heard, only sadness. We hung up our harps on the willow trees." (Psalm 137:1-2, The Passion Translation) A young Israelite woman is among them, captured by a mercenary Scythian prince. Driven toward Babylon by both hatred and hope, she endures captivity to reunite with her husband. But will he be there when she reaches Babylon? Will the prince risk the Scythian throne - and his life - to believe in the Hebrew God? Can they both find what they seek when they meet the prophet Ezekiel...by the waters of Babylon?