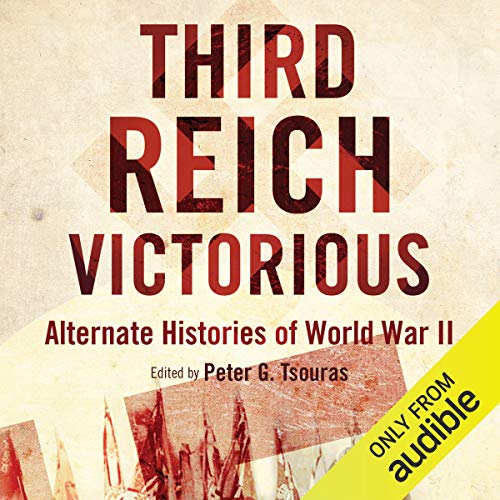 This book is a stimulating and entirely plausible insight into how Hitler and his generals might have defeated the Allies, and a convincing sideways look at the Third Reich's bid at world domination in World War II. What would have happened if, for example, the Germans captured the whole of the BEF at Dunkirk? Or if the RAF had been defeated in the Battle of Britain? What if the U-Boats had strangled Britain with an impregnable blockade, if Rommel had been triumphant in North Africa, or the Germans had beaten the Red Army at Kursk? The authors, writing as if these and other world-changing events had really happened, project realistic scenarios based on the true capabilities and circumstances of the opposing forces. Third Reich Victorious is a spirited and terrifying alternate history, and a telling insight into the dramatic possibilities of World War II. 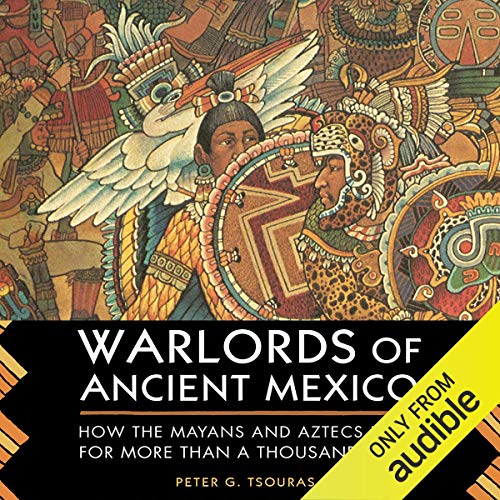 Learn the unbelievable true history of the great warrior tribes of Mexico. More than 13 centuries of incredible spellbinding history are detailed in this intriguing study of the rulers and warriors of Mexico. Dozens of these charismatic leaders of nations and armies are brought to life by the deep research and entertaining storytelling of Peter Tsouras. Tsouras introduces the reader to the colossal personalities of the period: Smoking Frog, the Mexican Machiavelli, the Poet Warlord, the Lion of Anahuac, and others... all of them warlords who shaped one of the most significant regions in world history, men who influenced the civilization of half a continent. The warlords of Mexico, for all their fascinating lives and momentous acts, have been largely ignored by writers and historians, but here that disappointing record is put right by a range of detailed biographies that entertain as they inform. Students of the area, historians working in American history, and long-term visitors and tourists to the region will gain a much clearer understanding of the background history of these territories and the men who formed and reformed them. 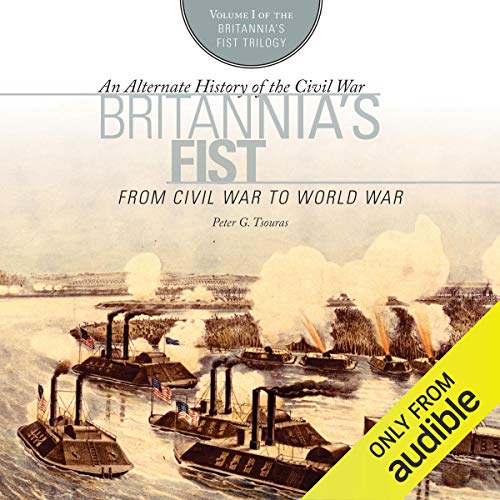 The first volume in an extraordinary trilogy of alternative history.In this, the first volume of renowned author and historian Peter G. Tsourass alternative history trilogy, Great Britains support for the Confederacy takes it to the brink of war with the Union. The escape of a British-built Confederate ironclad finally ignites the heap of combustible animosities and national interests. When the US Navy seizes it in British waters, the ensuing battle spirals into all-out war. Napoleon III eagerly joins the British and declares war on the United States. Meanwhile, treason uncoils in the North as the antiwar Democrats, known as Copperheads, plot to overthrow the US government and take the Midwest into the Confederacy.Britannias Fist brilliantly describes not just a war of stroke and counterstroke but one in which new technologies - repeating weapons, observation balloons, advances in naval ordnance and armament - become vital factors in the struggle of the young country against the Old Worlds empires. For one of the great missed stories of the Civil War was not the advance of military technology but its impediment by incompetence, disorganization, and in some serious cases outright refusal to contemplate anything innovative. Britannias Fist is the compelling story of powerful historical personalities who come together as the Union goes into total war mobilization in the fight for its life.PLEASE NOTE: When you purchase this title, the accompanying reference material will be available in your Library section along with the audio. 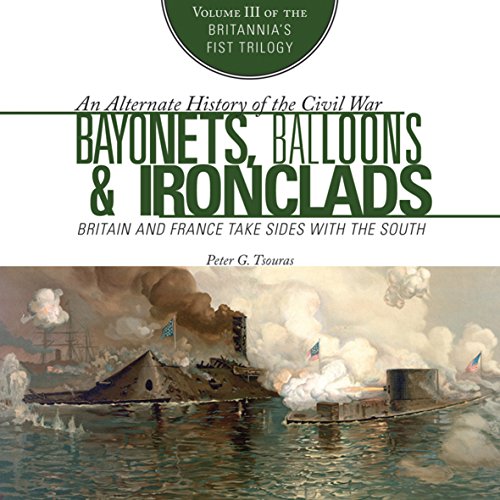 This fascinating third volume in the Britannia's Fist series will have you pondering how easily history could have been swayed differently. What if other countries had become involved in America's Civil War? Historian Peter G. Tsouras presents the third installment in his Britannia's Fist alternate history series. The winter of 1863 lowered a white curtain on the desperate struggle for North America. The United States and Great Britain fought each other to a bitter draw. On both sides of the Atlantic, the forges of battle glowed as they poured out new technologies of war. British and French aid transformed the ragged Confederate armies and filled them with new confidence. Both sides strained to be ready for the coming campaign season. Now both sides seek to anticipate each other. The British strike suddenly at Hooker's strung-out army in winter quarters in upstate New York in a brutal, swirling, late battle across frozen fields and streams. Besieged Portland shudders against relentless assault. The French attack Fort Hudson on the Mississippi. At Lincoln's direction,two great raids are launched at the United Kingdom itself as Russia enters the war on the side of the Union to raid the Irish Sea. These are only preliminaries to the great gathering of modernized armies and ironclad fleets, and with them are deadly submersibles and balloons. Battles rage from Maine to Northern Virginia and the Chesapeake Bay, down to steamy Louisiana. And far away across the sea, Dublin stands siege as Russia simultaneously eyes Constantinople. For Americans (blue and gray), Britons, Irish, Frenchmen, and Russians, the summer of 1864 is the crescendo battle of destinies and dreams. 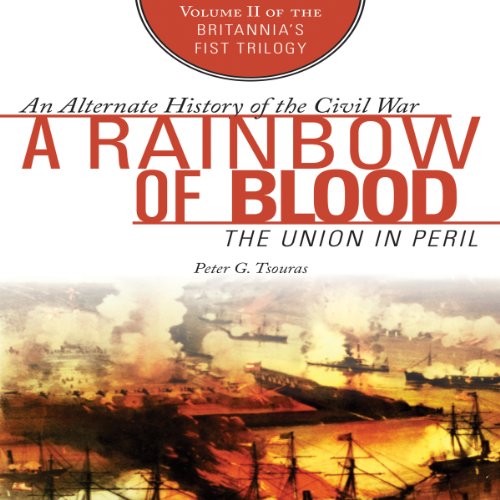 A Rainbow of Blood: The Union in Peril

The second volume in Britannias Fist, a remarkable trilogy of alternative history.A Rainbow of Blood continues the epic, exciting story that began in Peter G. Tsourass previous alternate history, Britannias Fist. The Great War accelerates during a few desperate weeks in October 1863. From the bayous of Louisiana to the green hills of the Hudson Valley, from Chicago in flames to the gates of Washington itself, the conflict uncoils in ropes of fire. French and British armies are on the march, and heavy reinforcements have put to sea. Copperheads have risen in revolt to drag the Midwest into the Confederacy as a vital Union army stands starving and under siege in Tennessee.The Union staggers under these blows. While the Grenadier Guards march into glory in upstate New Yorks apple orchards, from the second story of a shot-up Washington hotel Abraham Lincoln watches a forest of the red flags of rebellion waving over a Confederate column rushing across the Long Bridge. To stop them is a war-worn regiment of New York soldiers. To their backs Washington burns. But new technologies and the art of intelligence are thrown onto the scales, while Russia plans to enter the war to avenge its humiliation in the Crimean War.A Rainbow of Blood brings forward the Great War from its outbreak to the first great crisis of the embattled republic. Peopled with remarkable personalities of the age, the book rattles with the tramp of armies marching down one of the most intriguing roads not taken - or even imagined - until now.