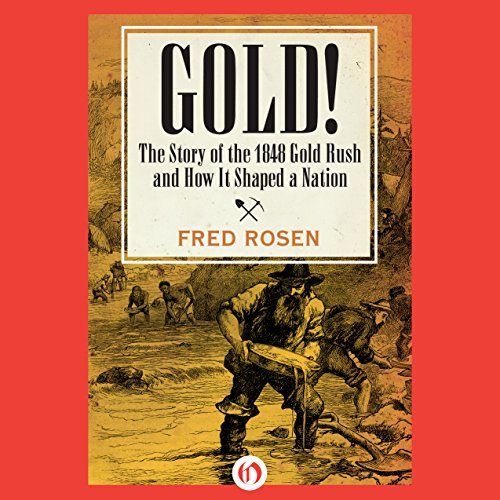 A riveting true account of gold rush fever in mid-19th-century America, rich with the thrilling exploits of daring fortune seekers and dangerous outlaws. America was never the same after January 24, 1848. It was on that day that a carpenter named James Marshall discovered a tiny nugget of gold while building a sawmill at Sutter's Fort, just east of Sacramento, California. Marshall's find ignited a fever the nation had never known before, drawing people from all over the country to the West Coast with high hopes of getting rich quick. Over the next six years, 300,000 prospectors raced to the California gold fields to make their fortunes, leaving their lands and families behind in order to chase a dream of easy wealth but all too often encountering a reality of lawlessness, disease, cruelty, and death. A former columnist for the New York Times, author Fred Rosen takes listeners back to the seminal moment when the American dream exploded. Chock full of fascinating details, unforgettable characters, and shocking real-life events, the captivating true story of the California gold rush brings an era of unparalleled change to breathtaking life. Rosen's enthralling history of the gold rush of 1848 demonstrates how this golden ideal was supplanted by a culture of selfishness and greed that endures in America to this very day. 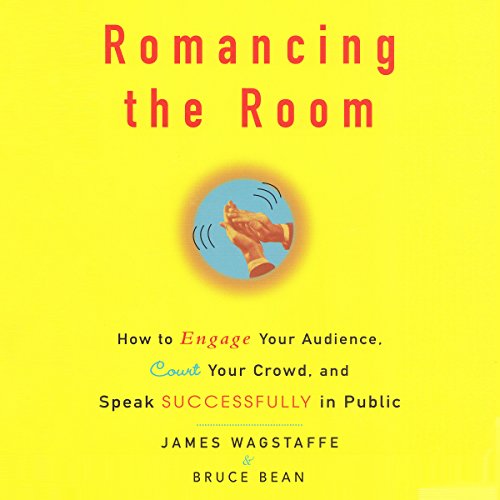 Why is a public speaker like an eager suitor? In this adroit guide to wooing your audience, James Wagstaffe explains how to get your message across by using techniques drawn from more personal encounters. Romancing the Room identifies the most important elements of public speaking: making a great first impression, presenting thoughts and ideas with charm and clarity, and getting people to agree with and commit to your proposals. Wagstaffe, a highly successful trial attorney and public speaking expert, reveals the ingenious tricks of the trade employed by top-notch communicators, including: Establishing common ground with an audience Using visuals and stories to captivate even the most restless of listeners Avoiding filler words and distracting voice patterns Winning an audience with substance, not sound bites Filled with anecdotes and sage advice and written in a witty yet authoritative tone, Romancing the Room will help even novice speakers conquer podium fears, steady their voices, and convey informative messages like a pro.