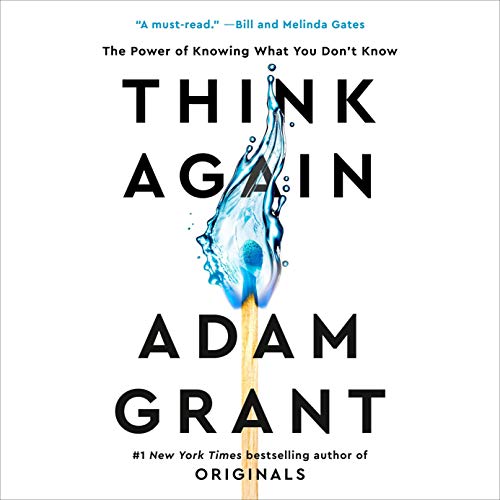 "Think Again is a must-read for anyone who wants to create a culture of learning and exploration, whether at home, at work, or at school.... In an increasingly divided world, the lessons in this book are more important than ever." (Bill and Melinda Gates) The best-selling author of Give and Take and Originals examines the critical art of rethinking: learning to question your opinions and open other people's minds, which can position you for excellence at work and wisdom in life Intelligence is usually seen as the ability to think and learn, but in a rapidly changing world, there's another set of cognitive skills that might matter more: the ability to rethink and unlearn. In our daily lives, too many of us favor the comfort of conviction over the discomfort of doubt. We listen to opinions that make us feel good, instead of ideas that make us think hard. We see disagreement as a threat to our egos, rather than an opportunity to learn. We surround ourselves with people who agree with our conclusions, when we should be gravitating toward those who challenge our thought process. The result is that our beliefs get brittle long before our bones.Â  We think too much like preachers defending our sacred beliefs, prosecutors proving the other side wrong, and politicians campaigning for approval - and too little like scientists searching for truth.Â  Intelligence is no cure, and it can even be a curse: Being good at thinking can make us worse at rethinking. The brighter we are, the blinder to our own limitations we can become. Organizational psychologist Adam Grant is an expert on opening other people's minds - and our own. As Wharton's top-rated professor and the best-selling author of Originals and Give and Take, he makes it one of his guiding principles to argue like he's right but listen like he's wrong. With bold ideas and rigorous evidence, he investigates how we can embrace the joy of being wrong, bring nuance to charged conversations, and build schools, workplaces, and communities of lifelong learners. You'll learn how an international debate champion wins arguments, a Black musician persuades White supremacists to abandon hate, a vaccine whisperer convinces concerned parents to immunize their children, and Adam has coaxed Yankees fans to root for the Red Sox.Â  Think Again reveals that we don't have to believe everything we think or internalize everything we feel. It's an invitation to let go of views that are no longer serving us well and prize mental flexibility over foolish consistency. If knowledge is power, knowing what we don't know is wisdom. 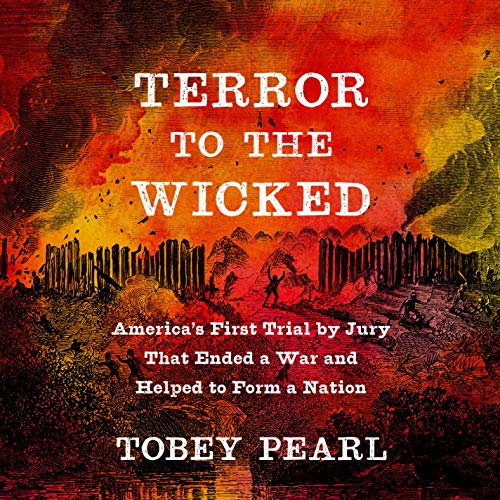 Terror to the Wicked

A little-known moment in colonial history that changed the course of Americaâs future. A riveting account of a brutal killing, an all-out manhunt, and the first murder trial in America, set against the backdrop of the Pequot War (between the Pequot tribe and the colonists of Massachusetts Bay) that ended this two-year war and brought about a peace that allowed the colonies to become a nation. The year: 1638. The setting: Providence, near Plymouth Colony. A young Nipmuc tribesman returning home from trading beaver pelts is fatally stabbed in a robbery in the woods near Plymouth Colony by a vicious white runaway indentured servant. The tribesman, fighting for his life, is able with his final breaths to reveal the details of the attack to Providenceâs governor, Roger Williams. A frantic manhunt by the fledgling government ensues to capture the killer and his gang, now the most hunted men in the New World. With their capture, the two-year-old Plymouth Colony faces overnight its first trial - a murder trial - with Plymouthâs governor presiding as judge and prosecutor, interviewing witnesses and defendants alike, and Myles Standish, Plymouth Colony authority, as overseer of the courtroom, his sidearm at the ready. The jury - Plymouth colonists, New England farmers (âa rude and ignorant sorte,â as described by former governor William Bradford) - white, male, picked from a total population of 550, knows from past persecutions the horrors of a society without a jury system. Would they be tempted to protect their own - including a cold-blooded murderer who was also a Pequot War veteran - over the life of a tribesman who had fought in a war allied against them?Â  Tobey Pearl brings to vivid life those caught up in the drama: Roger Williams, founder of Plymouth Colony, a self-taught expert in indigenous cultures and the first investigator of the murder; Myles Standish; Edward Winslow, a former governor of Plymouth Colony and the master of the indentured servant and accused murderer; John Winthrop, governor of Massachusetts Bay Colony; the men on trial for the murder; and the lone tribesman, from the last of the Woodland American Indians, whose life was brutally taken from him.Â  Pearl writes of the witnesses who testified before the court and of the 12 colonists on the jury who went about their duties with grave purpose, influenced by a complex mixture of Puritan religious dictates, lingering medieval mores, new ideals of humanism, and an England still influenced by the last gasp of the English Renaissance. And she shows how, in the end, the 12 came to render a groundbreaking judicial decision that forever set the standard for American justice.Â  An extraordinary work of historical piecing-together; a moment that set the precedence of our basic, fundamental right to trial by jury, ensuring civil liberties and establishing it as a safeguard against injustice. 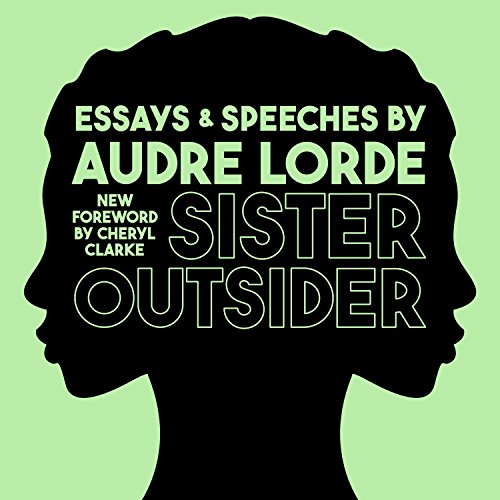 Presenting the essential writings of black lesbian poet and feminist writer Audre Lorde, Sister Outsider celebrates an influential voice in 20th-century literature. In this charged collection of 15 essays and speeches, Lorde takes on sexism, racism, ageism, homophobia, and class and propounds social difference as a vehicle for action and change. Her prose is incisive, unflinching, and lyrical, reflecting struggle but ultimately offering messages of hope. This commemorative edition includes a new foreword by Lorde scholar and poet Cheryl Clarke, who celebrates the ways in which Lorde's philosophies resonate more than 20 years after they were first published. 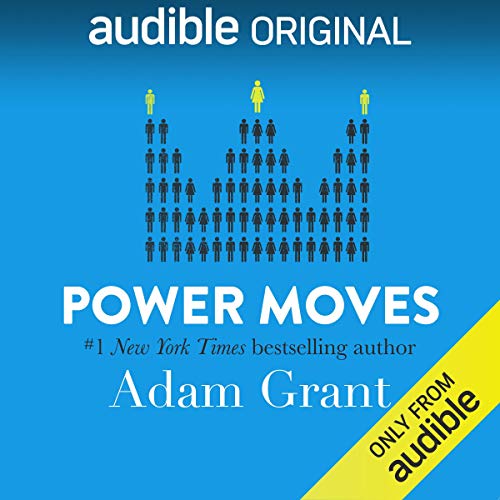 Adam Grant, the New York Times best-selling author of Give and Take, Originals, and Option B, went to the World Economic Forum in Davos to find out what the worldâs most visionary and influential leaders had to say about powerâand its transformative role in our society. What he learned there may surprise you. Grant delivers a heady mix of captivating interviews, compelling data, and his unmistakably incisive and actionable analysis, to give us a crash course in power that both inspires and instructs from the front lines. In interviews with two dozen CEOs, start-up founders, top scientists, and thought leadersâincluding top executives at Google, GM, Slack, and Goldman Sachs, the CEO of the Gates Foundation, and NASAâs former chief scientistâhe shares hard-earned insights on how to succeed in this new era of hyper-linked power. He also explores how power is reshaping everything from the workforce, to the rise of women in the office, to the influence of scientists on policy. As pillars of traditional power are transformed by networks of informed citizens, the use of power is increasingly seen as a force for good in the world, from one that was once coveted to one that demands to be shared.Â 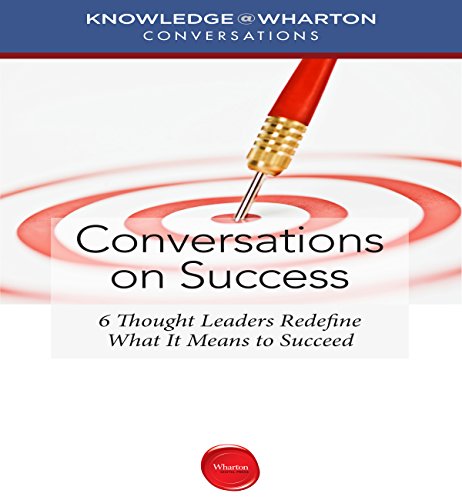 What if you could sit down with some of today's most successful thought leaders? Now you can. Knowledge@Wharton has interviewed some of today's leading thinkers about what success means to them. Conversations on Success: 6 Thought Leaders Redefine What It Means to Succeed, drawn from the archives of Knowledge@Wharton, includes interviews with: Wharton professor Richard Shell on defining personal success Barnard College president Debora Spar on women's (impossible) quest for perfection Best-selling author Malcolm Gladwell on the advantages of disadvantages New York Times "Corner Office" columnist Adam Bryant on the five qualities of successful leaders Wharton Work/Life Integration Project director Stewart Friedman on young people's changing views on career and family success Best-selling author Adam Grant on the surprising truth about who gets ahead Conversations on Success is a must-hear for those who are faced with defining success for themselves and those they lead. The audiobook features interviews by Knowledge@Wharton executive director Mukul Pandya, Knowledge@Wharton editor Rachel Kipp, Wharton professor Adam Grant, Wharton Executive Education's David Heckman, and Wharton Leadership Program executive director Jeffrey Klein. 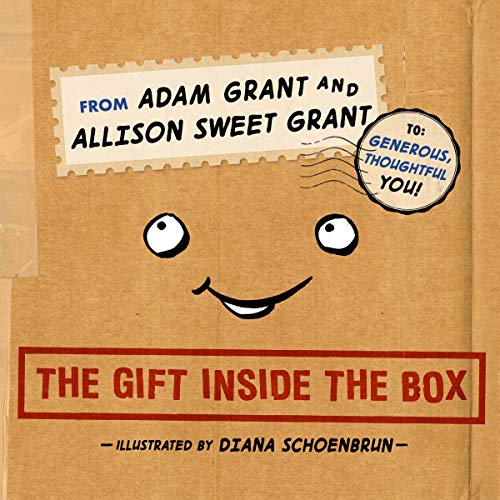 The Gift Inside the Box

Adam Grant, the best-selling author of Give and Take, teams with his wife, Allison, to share the lighthearted tale of a gift in search of a giver - a classic in the making and the perfect conversation starter about thoughtfulness. This delightful audiobook - one of Amazon's 2019 Holiday Gift Picks and Most Anticipated Books - is designed to start conversations with kids about generosity. In the tradition of Goodnight Gorilla, the words are intentionally spare. The audiobook is meant to be listened to interactively, with adults posing questions so kids can guess what's happening (and why). Praised by both parents and teachers for sparking imagination and eliciting discussion, the story can be interpreted differently in every family, by every child, and reinterpreted many times over. Give the gift of this clever, earnest audiobook about generosity - a new and nourishing fable for every child's library. It's a gift that keeps on giving. "Truly phenomenal...Kristen [Bell]'s favorite book we've read to the kids in a year." (Dax Shepard of the podcast Armchair Expert) 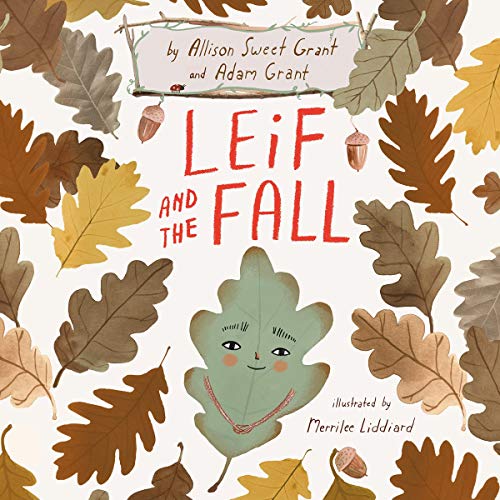 Leif and the Fall

Persistence and creativity can lead to amazing things, as Leif the leaf discovers in this lovely audiobook from Allison Sweet Grant and Adam Grant, the number one New York Times best-selling author of Originals. Leif is a leaf. A worried leaf. It is autumn, and Leif is afraid to fall. "All leaves fall in the fall," say the other leaves. But Leif is determined to find a different way down, and with his friend Laurel, he uses the resources around him to create a net, a kite, a parachute in hopes of softening his landing. The clock is ticking, the wind is blowing. What will happen when a gust of wind pulls Leif from his branch?Â In a culture that prizes achievement, kids are often afraid to fail - failing to realize that some of the very ideas that don't work are steps along the path to ones that will.