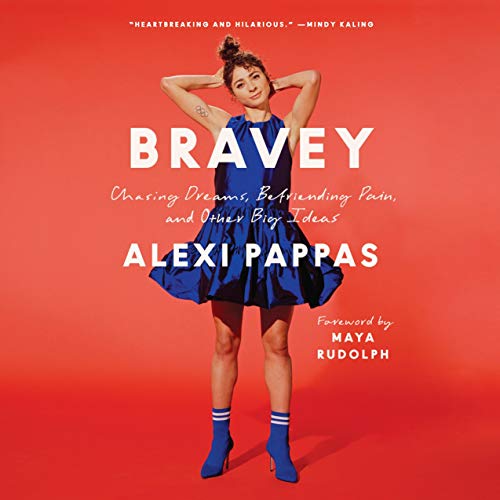 The Olympic runner, actress, filmmaker, and writer Alexi Pappas shares what shes learned about confidence, self-reliance, mental health, embracing pain, and achieving your dreams.  Heartbreaking and hilarious. (Mindy Kaling) A beautiful read. (Ruth Reichl)  Essential guidance to anyone dreaming big dreams. (Shalane Flanagan) I couldnt put it down. (Adam Grant)  run like a bravey  sleep like a baby  dream like a crazy  replace cant with maybe  When Renaissance runner (New York Times) Alexi Pappas - Olympic athlete, actress, filmmaker, and writer - was four years old, her mother died by suicide, drastically altering the course of Pappas life and setting her on a search for female role models. When her father signed his bereaved daughter up for sports teams as a way to keep her busy, female athletes became the first women Pappas looked up to, and her Olympic dream was born.  At the same time, Pappas had big creative dreams, too: She wanted to make movies, write, and act. Despite setbacks and hardships, Pappas refused to pick just one lane. She put in a tremendous amount of hard work and wouldnt let anything stand in her way until she achieved all of her dreams, however unrelated they may seem to outsiders. In a single year, 2016, she made her Olympic debut as a distance runner and wrote, directed, and starred in her first feature film. But great highs are often accompanied by deep lows; with joy comes sorrow.  In Bravey, Pappas fearlessly and honestly shares her battle with post-Olympic depression and describes how she emerged on the other side as a thriving and self-actualized woman. Unflinching, exuberant, and always entertaining, Bravey showcases Pappas signature, charming voice as she reflects upon the touchstone moments in her life and the lessons that have powered her career as both an athlete and an artist - foremost among them, how to be brave. Pappas experiences reveal how we can all overcome hardship, befriend pain, celebrate victory, relish the loyalty found in teammates, and claim joy. In short: how every one of us can become a bravey. 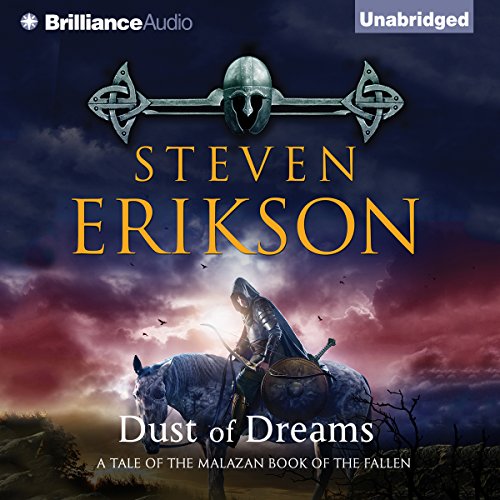 On the Letherii continent the exiled Malazan army commanded by Adjunct Tavore begins its march into the eastern Wastelands, to fight for an unknown cause against an enemy it has never seen. The fate awaiting the Bonehunters is one no soldier can prepare for, and one no mortal soul can withstand - the foe is uncertainty and the only weapon worth wielding is stubborn courage. In war everyone loses, and this brutal truth can be found in the eyes of every soldier in every world. Destinies are never simple. Truths are neither clear nor sharp. The Tales of the Malazan Book of the Fallen are drawing to a close in a distant place, beneath indifferent skies, as the last great army of the Malazan Empire seeks a final battle in the name of redemption. Final questions remain to be answered: can one's deeds be heroic when no one is there to see it? Can that which is unwitnessed forever change the world? The answers await the Bonehunters, beyond the Wastelands.... "This novel and all others in the Malazan Book of the Fallen series follow my own pronunciations of 'Malazan' words and names. My thanks to Michael and Jane and everyone at Brilliance Audio." - Steven Erikson, Victoria, B.C. Canada, January, 2014