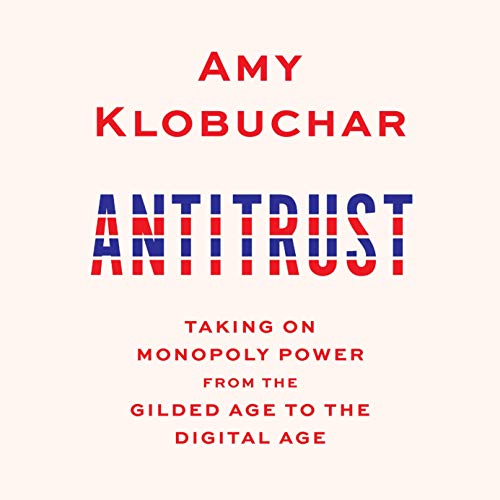 An important, urgently needed book from the much-admired senior senator from Minnesota and former candidate for president of the United States - a fascinating exploration of antitrust in America and the way forward to protect all Americans from the dangers of curtailed competition, and from vast information gathering, through monopolies. From Standard Oil, and the Sherman Anti-Trust Act, to the Progressive Era's trust-busters, Amy Klobuchar, in this large, compelling history, writes of the fight against monopolies in America.Â  She writes of the breakup of Ma Bell, the pricing monopoly of Big Pharma, and the future of the giant tech companies (Facebook, Amazon, Google).Â  She begins with the Gilded Age (1870s-1900), when builders of fortunes and rapacious robber barons such as J. P. Morgan, John Rockefeller, and Cornelius Vanderbilt were reaping vast fortunes as industrialization swept across the American landscape, with the rich getting vastly richer and the poor, poorer. She discusses President Theodore Roosevelt, who, during the Progressive Era (1890s-1920), "busted" the trusts (breaking up monopolies); the Clayton Act of 1914; the Federal Trade Commission Act of 1914; and the Celler-Kefauver Act of 1950 (it strengthened the Clayton Act). She explores today's Big Pharma and its price-gouging; and tech, television, content, and agriculture communities and how a marketplace with few players, or one in which one company dominates distribution, can hurt consumer prices and stifle innovation.Â  As the ranking member of the Senate Judiciary Subcommittee on Antitrust, Competition Policy, and Consumer Rights, Klobuchar is at work on, among others, issues raised by giant tech companies, such as Facebook, Google (it reportedly controls 90 percent of the search engine market), and Amazon, and puts forth her plans, ideas, and legislative proposals designed to strengthen the antitrust laws and antitrust enforcement. 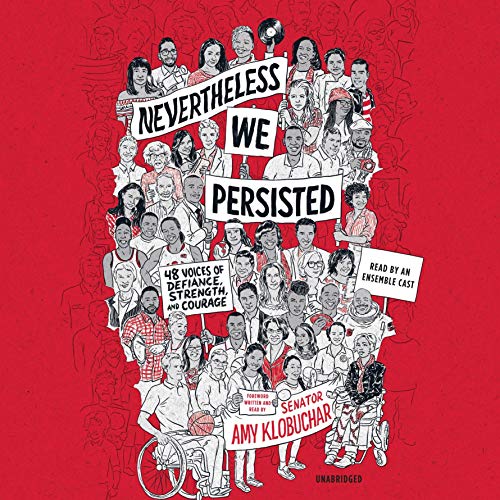 A powerful collection of essays from actors, activists, athletes, politicians, musicians, writers, and teens, including Senator Amy Klobuchar, actress Alia Shawkat, actor Maulik Pancholy, poet Azure Antoinette, teen activist Gavin Grimm, and many, many more, each writing about a time in their youth when they were held back because of their race, gender, or sexual identity - but persisted. "Aren't you a terrorist?" "There are no roles for people who look like you." "That's a sin." "No girls allowed." They've heard it all.Â Actress Alia Shawkat reflects on all the parts she was told she was too "ethnic" to play. Former NFL player Wade Davis recalls his bullying of gay classmates in an attempt to hide his own sexuality. Teen Gavin Grimm shares the story that led to the infamous "bathroom bill", and how he's fighting it. Holocaust survivor Fanny Starr tells of her harrowing time in Auschwitz, where she watched her family disappear, one by one.Â  What made them rise up through the hate?Â What made them overcome the obstacles of their childhood to achieve extraordinary success? How did they break out of society's limited view of who they are and find their way to the beautiful and hard-won lives they live today?Â With a foreword by Minnesota senator and up-and-coming Democratic party leader Amy Klobuchar, these essays share deeply personal stories of resilience, faith, love, and, yes,Â persistence.Â  Foreword written and read by Senator Amy Klobuchar. Essays read by Vikas Adam, Jonathan Davis, Ari Fliakos, Sullivan Jones, January Lavoy, Soneela Nankani, Adenrele Ojo, Nancy Wu, and Gabra Zackman. Includes a bonus PDF of contributor biographies and "Everyone Plays" graphic story. "Each tale is a soulful testament to the endurance of the human spirit and reminds readers that they are not alone in their search for self. An unflinchingly honest book that should be required reading for every young person in America." (Kirkus) "An invaluable collection of snapshots of American society." (VOYA)Â  "[A] gem of a book.... There's a lot to study here and talk about on the way to becoming kinder, more empathetic, and most important, compassionate." (Booklist) "Readers encountering injustice in their own lives may be compelled to take heart - and even action." (Publishers Weekly) PLEASE NOTE: When you purchase this title, the accompanying PDF will be available in your Audible Library along with the audio.Â 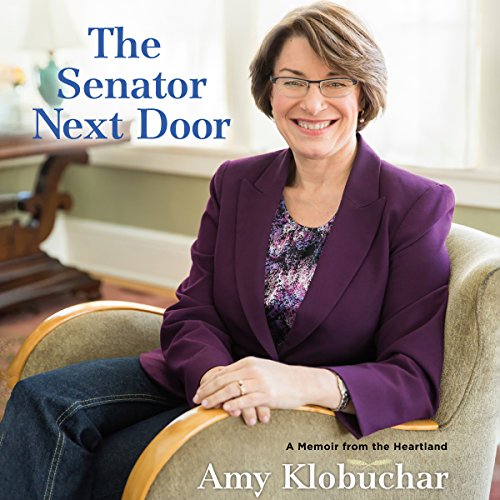 The Senator Next Door

One of the US Senate's most candid - and funniest - women tells the story of her life and her unshakeable faith in our democracy. Minnesota Senator Amy Klobuchar has tackled every obstacle she's encountered - her parents' divorce, her father's alcoholism and recovery, her political campaigns and Washington's gridlock - with honesty, humor and pluck. Now, in The Senator Next Door, she chronicles her remarkable heartland journey, from her immigrant grandparents to her middle-class suburban upbringing to her rise in American politics. After being kicked out of the hospital while her infant daughter was still in intensive care, Klobuchar became the lead advocate for one of the first laws in the country guaranteeing new moms and their babies a 48-hour hospital stay. Later she ran Minnesota's biggest prosecutor's office and in 2006 was the first woman elected to the US Senate from her state. Along the way she fashioned her own political philosophy grounded in her belief that partisan flame-throwing takes no courage at all; what really matters is forging alliances with unlikely partners to solve the nation's problems. Optimistic, plainspoken and often very funny, The Senator Next Door is a story about how the girl next door decided to enter the fray and make a difference. At a moment when America's government often seems incapable of getting anything done, Amy Klobuchar proves that politics is still the art of the possible.