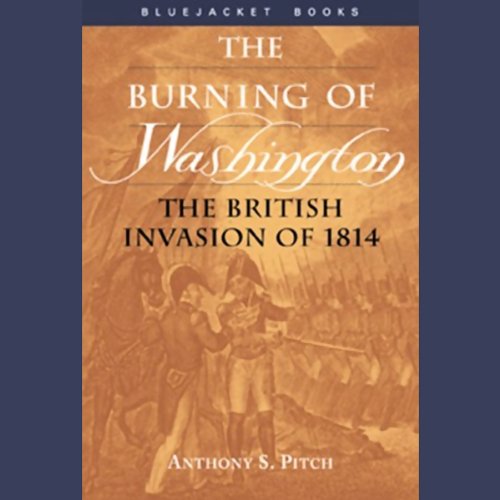 The Burning of Washington

With all the immediacy of an eyewitness account, Anthony Pitch recounts the dramatic story of the British invasion of Washington, D.C. in the summer of 1814. The British torched the Capitol, the White House, and other buildings, setting off an inferno that illuminated the countryside for miles around and sent President James Madison galloping out of town. The author's gripping account is filled with details of the attack and directs listeners to the exact location of scorch marks that can still be found on White House stones. He also describes the valiant defense of nearby Fort McHenry and the story of Francis Scott Key, who was detained on a British warship in Baltimore Harbor and wrote what would become The Star Spangled Banner.