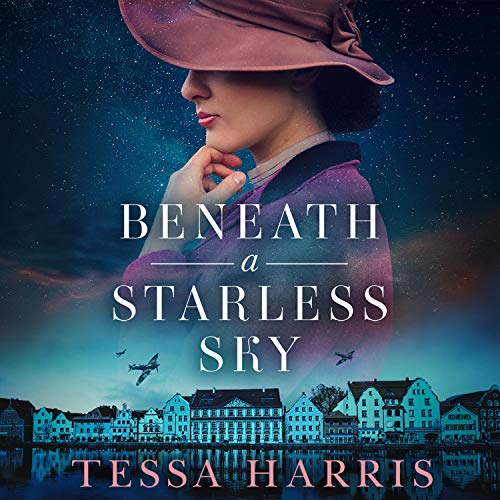 Munich 1930: smoke filled the air.Â  Lilli Sternbergâs quickening heart sounded an alarm as she rounded the street corner. Lifting her gaze to the rooftops, a roaring blaze of thick flames engulfed the side of the building and joined the stars to fill the black sky. Her fatherâs shop was no more.Â  Lilli Sternberg longs to be a ballet dancer. But outside the sanctuary of the theatre, her beloved city is in chaos, and Munich is no longer a place for dreams. The Nazi party are gaining power, and the threats to those who deviate from the party line are increasing. Jewish families are being targeted and their businesses raided; even her fatherâs shop was torched because of their faith. When Lilli meets Captain Marco Zeiller during a chance encounter, her heart soars. He is the perfect gentleman, and her love for him feels like a bright hope under a bleak sky. But battle lines are being drawn, and Marco has been spotted by the Reich as an officer with potential. A relationship with Lilli would compromise them both. Will Lilli escape the threats facing her family, and how much is she willing to risk for the man she loves?Â  An absolutely gripping and emotional historical fiction novel about love, courage and betrayal for fans of My Name Is Eva and A Woman of War. 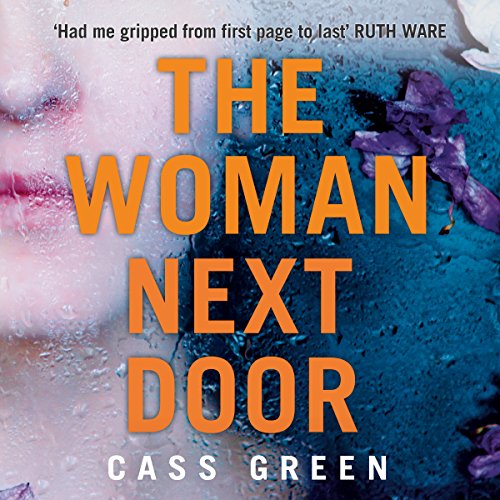 The Woman Next Door

A number one best seller, perfect for fans of Her by Harriet Lane and In a Dark Dark Wood by Ruth Ware. Two suburban women. Two dark secrets. The almost perfect murder. Everybody needs good neighbours.... Melissa and Hester have lived next door to each other for years. When Melissa's daughter was younger, Hester was almost like a grandmother to her. But recently they haven't been so close. Hester has plans to change all that. It's obvious to her that despite Melissa's outwardly glamorous and successful life, she needs Hester's help. But taking help from Hester might not be such a good idea for a woman with as many secrets as Melissa. 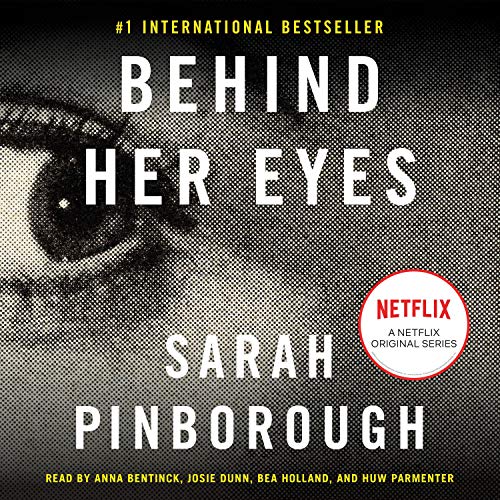 Soon to be a Netflix Original series! The instant New York Times and number-one international best sellerÂ  âYou should read Behind Her Eyes.... Itâs bloody brilliant.â (Stephen King)Â  "An eerie thriller...Pinborough keeps us guessing about just whoâs manipulating whom - until the ending reveals that weâve been wholly complicit in this terrifying mind game.â (The New York Times Book Review)Â  Why is everyone talking about the ending of Sarah Pinborough's Behind Her Eyes?Â  Louise is a single mom, a secretary, stuck in a modern-day rut. On a rare night out, she meets a man in a bar, and sparks fly. Though he leaves after they kiss, she's thrilled she finally connected with someone.Â  When Louise arrives at work on Monday, she meets her new boss, David. The man from the bar. The very married man from the bar...who says the kiss was a terrible mistake but who still can't keep his eyes off Louise.Â  And then Louise bumps into Adele, who's new to town and in need of a friend. But she also just happens to be married to David. And if you think you know where this story is going, think again, because Behind Her Eyes is like no other book you've heard before.Â  David and Adele look like the picture-perfect husband and wife. But then why is David so controlling? And why is Adele so scared of him?Â  As Louise is drawn into David and Adele's orbit, she uncovers more puzzling questions than answers. The only thing that is crystal clear is that something in this marriage is very, very wrong. But Louise can't guess how wrong - and how far a person might go to protect their marriage's secrets.Â  Sarah Pinborough's Behind Her Eyes takes the modern-day love triangle and not only turns it on its head but completely reinvents it in a way that will leave listeners reeling. 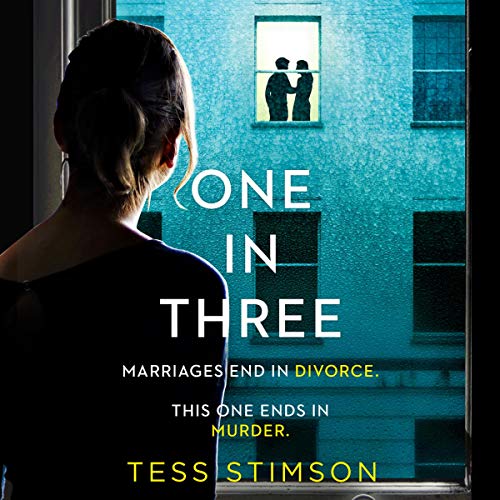 Both of them loved him. One of them killed him....

Louise has had to watch her husband, Andrew, start a new family in the four years since he left her. The âother womanâ is now his wife - but Louise isnât ready to let Caz enjoy the life that was once hers or to let go of the man she still loves.Â

As Louise starts to dig into Cazâs past, the two womenâs pretence of civility starts to slip. But in trying to undermine each other, they discover more about the man they both married. And when Andrew is murdered at a family party, both women are found standing over the body.Â

Itâs always the wife. But which one? 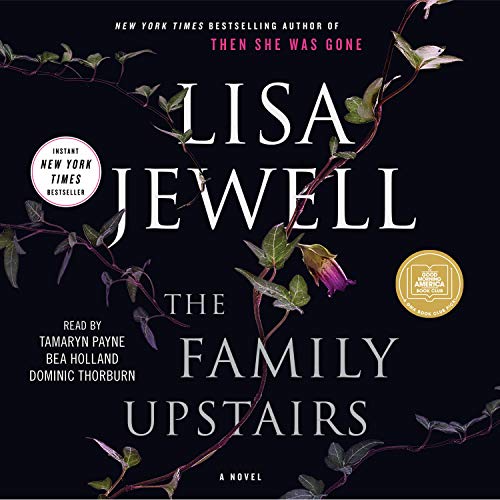 From the New York Times best-selling author and master of âbone-chilling suspenseâ (People) comes another pause-resisting look inside one familyâs past as buried secrets threaten to come to light. Gifted musician Clemency Thompson is playing for tourists on the streets of Southern France when she receives an urgent text message. Her childhood friend, Lucy, is demanding her immediate return to London. Itâs happening, says the message. The baby is back. Libby Jones was only six months old when she became an orphan. Now 25, sheâs astounded to learn of an inheritance that will change her life. A gorgeous, dilapidated townhouse in one of Londonâs poshest neighborhoods has been held in a trust for her all these years. Now, itâs hers. As Libby investigates the story of her birth parents and the dark legacy of her new home, Clemency and Lucy are headed her way to uncover, and possibly protect, secrets of their own. What really happened in that rambling Chelsea mansion when they were children? And are they still at risk? Jewellâs novels have been praised as âsure to please fans of Ruth Ware and A.J. Finnâ (Library Journal), and her latest is no exception. The Family Upstairs will keep you guessing until the very end. 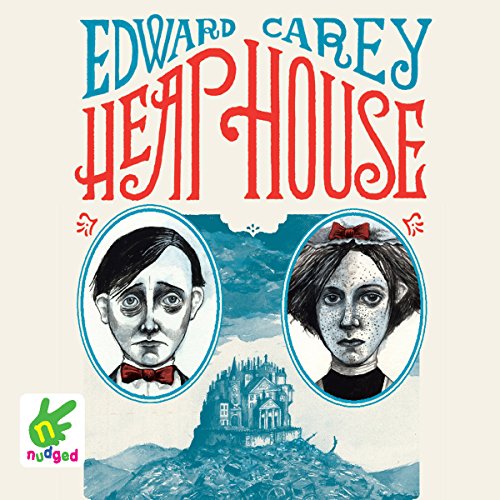 The Iremongers are a mean and cruel family, robust and hardworking, living in the Heaps, a vast sea of lost and discarded items. A storm is brewing over Heap House. The Iremongers are growing restless and the whispers are getting louder. When Clod meets Lucy, a girl newly arrived from the city, everything changes. The secrets that bind Heap House together begin to unravel to reveal a dark truth that threatens to destroy Clod's world. 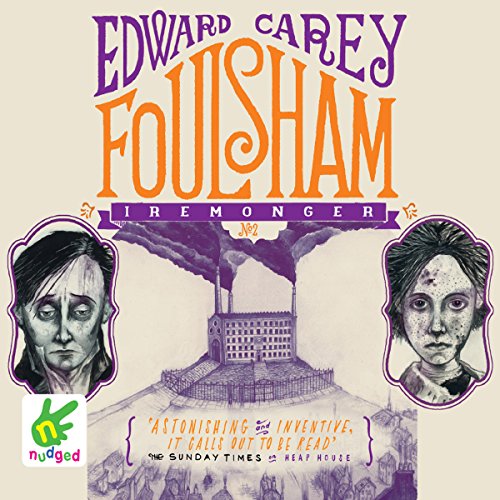 In the aptly named borough of Foulsham, Grandfather Umbitt Iremonger has found a way of making everyday objects assume human shape, and turning real people into objects. Lucy Pennant has been discarded as a clay button, abandoned in the Heaps. Meanwhile, Clod has been turned into a gold coin and is being passed as currency through the town. Everywhere people are searching for Clod, who, it is believed, has the power to bring the mighty Umbitt down. 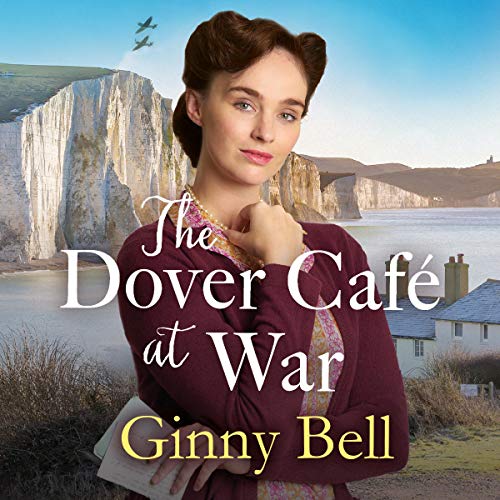 The Dover Cafe at War

The first book in a brand new World War II saga series. Perfect for fans of Ellie Dean and Annie Groves. Dover, 1939. At the heart of Dover's Market Square lies the Castle's CafÃ©. A bustling, homely place run by the formidable Nellie Castle and her six children.Â  Since the scandalous birth of her beloved son 10 years before, Marianne, Nellie's eldest daughter, has preferred to stay in the kitchen, hidden away from the scrutiny of the town gossips. Overcome with shame, Marianne has never revealed the name of Donny's father - not even to her own mother.Â  But with World War II just around the corner, Marianne's past catches up with her. And suddenly the lives of the Castle family become a lot more complicated.Â  Will the secrets from her past destroy their future? 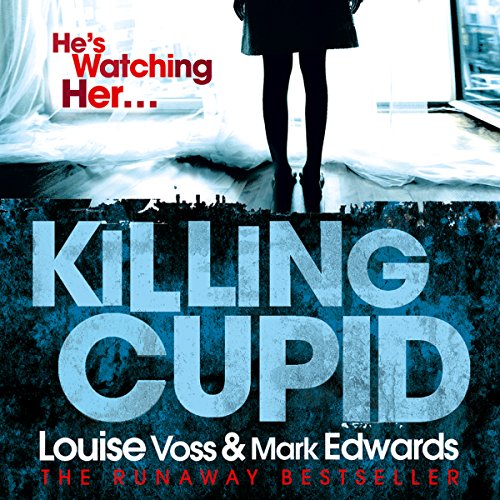 He is watching her.... Alex Parkinson is in love with his writing tutor, Siobhan. He has never loved anyone like this, but how can he convince Siobhan that they are meant to be together? So Alex stalks her on Facebook and finds out where she lives, buys her presents using her own credit card and sends her messages telling her exactly what he wants to do to her. He breaks into her house, reads her diary and secretly listens to her while she takes a bath. Isn't that what all lovers do? But when a love rival appears on the scene, Alex has to take drastic action, and soon a young woman lies dead after tumbling from the roof of her house. Now there is no one standing in the way of Alex and his true love. But someone is watching Alex, too, and he is about to discover that there is a thin line between love - and hate. 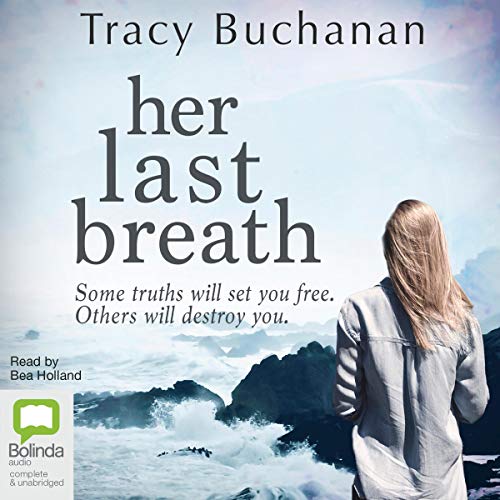 Her Last Breath is an addictive listen that fans of Lisa Jewell and Claire Douglas will love....Â

A girl has gone missing. Youâve never met her, but youâre to blame.Â

Food writer Estelle Forster has the perfect life. And with her first book on the way, itâs about to get even better.Â

When Estelle hears about Poppy OâFarrellâs disappearance, she assumes the girl has simply run away. But Estelleâs world crumbles when sheâs sent a photo of Poppy, along with a terrifying note: Iâm watching you. I know everything about you.Â

Estelle has no idea whoâs threatening her, or how sheâs connected to the missing teen, but she thinks the answers lie in the coastal town she once called home and the past she hoped was long behind her.Â

Estelle knows she must do everything to find Poppy. But how far will she go to hide the truth - that her perfect life was the perfect lie?Â 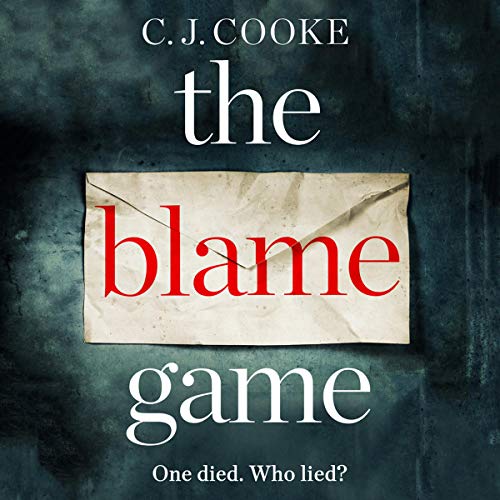 ONE DIED. WHO LIED?Â  A horrific car crash in Belize has devastated Helen Pengillyâs family, leaving her daughter in a coma and her husband Michael missing. Alone and terrified, Helenâs memory is dragged back to that day 22 years ago. To protect their family, Helen and Michael both said they would forget what happened. But now it seems that there is someone who will stop at nothing to make them remember.... Who is playing the blame game? 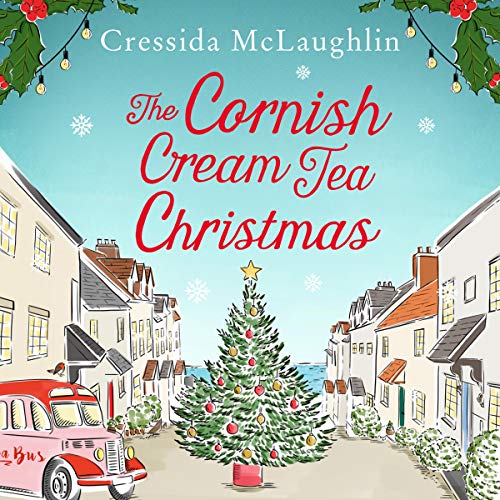 Hannah Swan is looking forward to Christmas for the first time in years. Her new job as an eco-consultant is taking her - and her geeky colleague, Noah - to the beautiful Cornish village of Porthgolow for the first time. Theyâre are helping the Crystal Waters Hotel to ramp up its green credentials, though after a bumpy journey, Hannah canât shake off the feeling that Porthgolow is strangely familiar. Never able to resist a mystery, her interest is piqued when the hotelâs staff and customers report odd noises and sightings, believing the hotel to be haunted. When bad weather cuts off Porthgolow, Hannah and Noah are looking at a Cornish Christmas. It gives them plenty of time to work out what is really going on, but will their yuletide escape send shivers up their spines? Or will it be as warm and toasty as a glass of mulled wine? 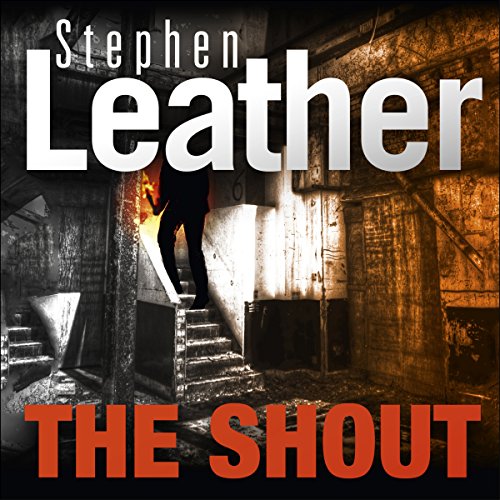 Sunday Times best-selling author Stephen Leather's latest edge-of-your-seat thriller. A stand-alone thriller from Sunday Times best-selling author Stephen Leather that takes us into the world of the London Fire Brigade's elite Investigations Unit. Vicky Lewis is a force to be reckoned with: not yet 30 and already Crew Manager in the London Fire Brigade, she's destined for great things. But when she enters a burning building to save a man's life and leaves it with catastrophic injuries, all that changes. She's shunted over to the Fire Investigation Unit, where she's forced to team up with cantankerous veteran Des Farmer, aka the Grouch. When Vicky stumbles across the Grouch's off-the-books investigation into the fiery deaths of a series of young, blonde women, she decides to join him in his search for the truth. The answer is close - perhaps too close. Vicky's already been burnt once, and now she's playing with fire....