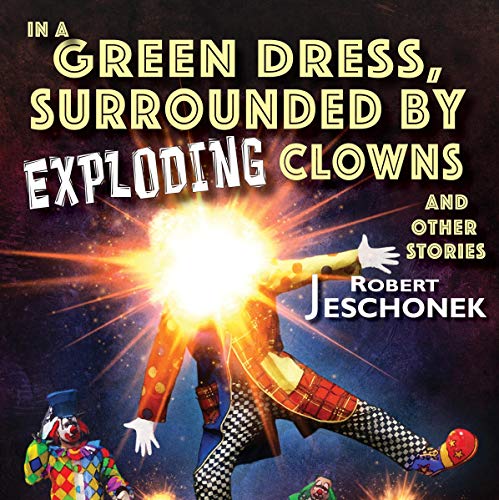 In a Green Dress, Surrounded by Exploding Clowns and Other Stories

Get ready to have your mind blown! Each of these 15 science fiction and fantasy stories shines a light on another wild world youve never seen before. From exploding clowns to killer chickens, you will meet the wildest characters and find a bold new way of looking at life. Forget boring books about the same old star fights. Surf the new wave of tomorrow and leave the "same old" far behind.   Includes 15 stories:  "In A Green Dress, Surrounded by Exploding Clowns"  "Monkey Sea, Monkey Do"  "The First Hollywood Cowboy of the Bropocalypse"  "In All Your Sparkling Raiment Soar"  "Piggyback"  "Fuzzy Duck"  "Not-So-Fortunate Son"  "Blackbeard's Aliens"  "Cock-A-Doodle Die"  "The Dancing Dead" "The Bear in the Cable-Knit Sweater"  "The Breakout Story of Galaxy's Edge Ten Million"  "The Little Robot's Bedtime Prayer"  "The Spinach Can's Son"  "As If My Every Word Has Turned to Glass" 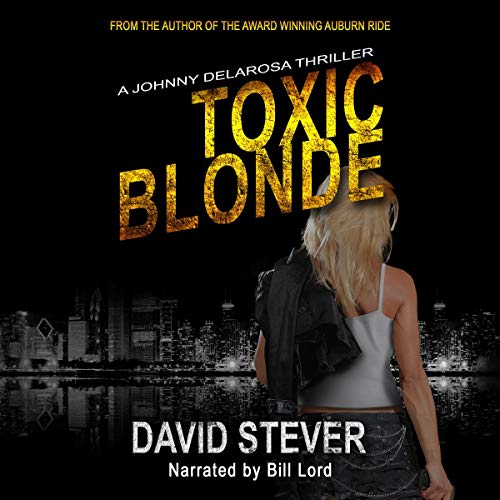 Infidelity pays the bills, so says a wise old private eye. But for PI Johnny Delarosa, his routine cheating-spouse case turns into a tangled mess when his client, Mary Ann Bellamy, is run off the road and left for dead. Her husband, the owner of a cutting-edge aerospace technology firm, puts his career and marriage at risk by having an affair with his senior executive, the sexy, enigmatic Keira Kaine - the most brutal femme fatale to ever travel the realms of crime fiction.  When a whistleblower appears, along with the FBI, Russian mobsters, and an eccentric computer hacker, the case weaves through a maze of surprises that lead to a violent and stunning climax. Delarosa, along with his assistant, Katie, and partner, Mike, must learn who he can trust before the case turns into a homicide - his own. 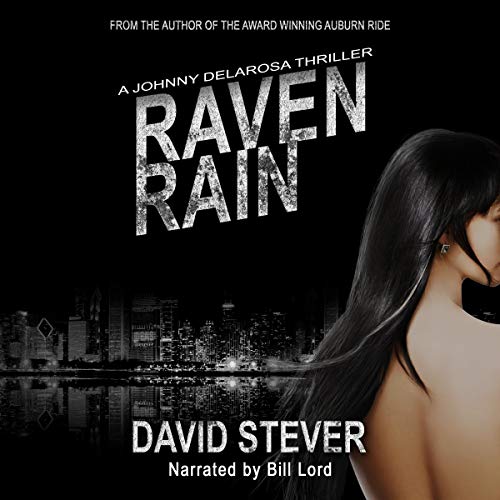 Johnny Delarosas past collides with his future when hired to stop a blackmail scheme against a local celebrity, former pro football star - turned car dealer - Stan Shelton. When a young womans body is found in front of Stans building, allegations surface of his involvement with an escort service owned by Talia Thorne, the alluring woman with long, raven hair. But Stan has a bad habit of fumbling the truth, and with his back against his own goal line, the pressure builds for Johnny to keep the old pros name out of the news.  But when a dogged detective meets an untimely demise, and the elusive Talia provides more questions than answers, Johnny is pressed into a fourth and long - with the clock running out - as his journey to find the truth - and clear his client - spirals into an abyss of deceit and death, in the third Johnny Delarosa thriller, Raven Rain. 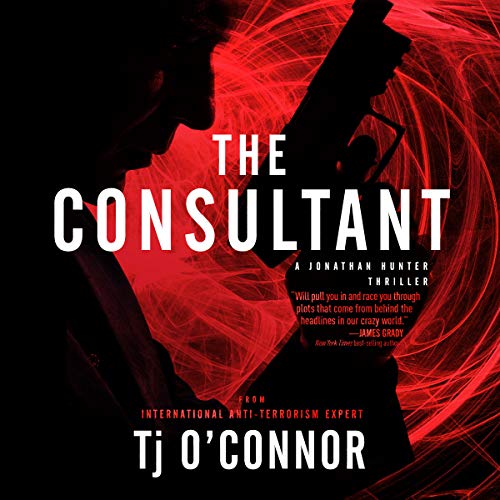 When a rogue CIA consultant goes AWOL from his Middle Eastern post in response to his brothers plea for help, he arrives just in time to witness his brothers murder. For years, Jonathan Hunter and his brother Kevin Mallory had not spoken - until Kevins final words, ...Khalifah...not them...Maya.

Pursuing his brothers killer, Hunter stumbles into a nest of horrifying terrorist activity by Middle Eastern refugees, which sparks a backlash across America. In the shadows, Hunters mentor, the omnipotent Oscar LaRue, is playing a dangerous game with Russian Intelligence. Neither Hunter nor LaRue realizes that a new threat - the Iranian threat - has entered the game. Stakes rise as two shadowy players are one step ahead of Hunter and LaRue - Khalifah, a terrorist mastermind, and Caine, a nomadic assassin who dances with the highest bidder.

As attacks escalate and the country drifts toward another Middle East conflict, innocent refugees become trapped between the terrorists and the terrorized. Prejudice, hate, and fear vent everywhere. Is this who weve become? Before the country explodes, Hunter must find Khalifah, learn the next terror target, and pray hes in time to stop further annihilation. 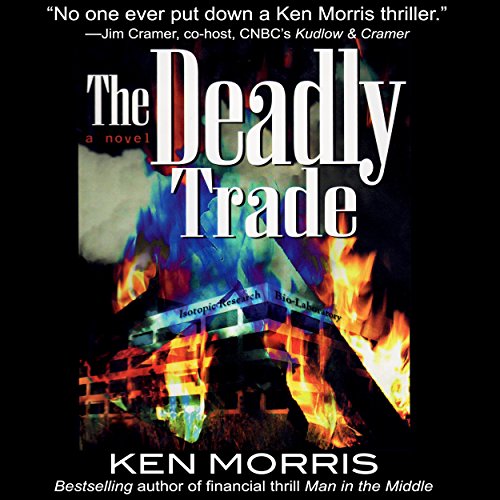 Tim Mack is a financial analyst running from a past full of death and drink. But when he leaves the Wall Street rat race, he finds that a calm and peaceful existence is just not in the cards. While researching a local biotechnology firm that has just exploded into flames, Tim begins to untangle a lethal web of deceit. A frightening, secret triumvirate of mass murder intricately combines a high-finance broker, a Middle-Eastern terrorist organization, and a dying biotechnology firm willing to do anything to keep afloat. How far will this alliance go? Tim soon finds out that a bug that makes AIDS look like a hangnail might only be the beginning. He teams up with Betsy O'Brien, his spunky and beautiful coworker; Joe Mack, his wheelchair-bound brother who's a former DEA agent; and Detective Bob Moore, an aging but tenacious cop in charge of leading the formal, but furtive, investigation. Together, they devise a plan to stop the release of the mutated virus. 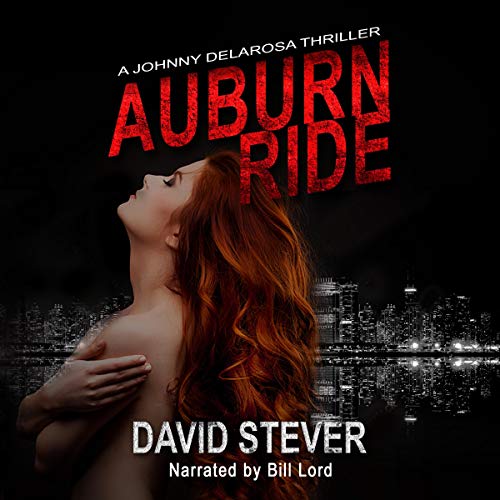 Welcome to Port City! Private investigator Johnny Delarosa has seen it all. First as a cop, and now as a private eye. Cheating spouses, embezzlements, and insurance scams are routine. But he meets his match when the alluring, auburn-haired Claire Dixon walks into his bar/office and drops a $20,000 retainer in his lap. She wants the hard-drinking Johnny to find $2 million that was stolen from her mobster family 30 years earlier. But $2 million can be motivating. Old mobsters come out of witness protection to claim their share, and when bodies begin to pile up, and his sexy, enigmatic client disappears, Johnny is taken on the ride of his life; an Auburn Ride. With a wink and a nod to the hard-boiled private eyes of the pulp noir past, the gritty streets of Port City set the stage for author David Stever's first thriller in the Delarosa series. 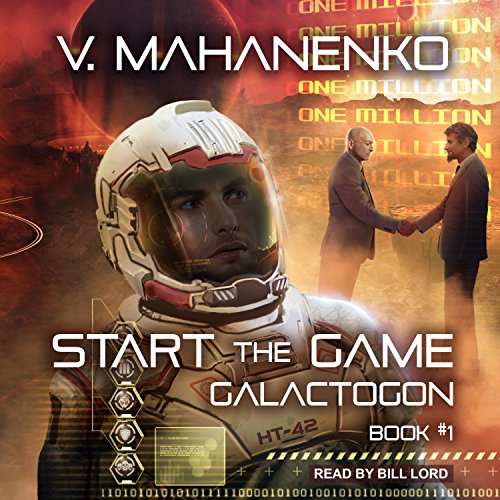 Twelve players set off through the online world of Galactogon, lured by the game owners' promise of an enormous payoff. The question is, who will survive to tell the tale? Which of the 12 is a potential hero - or a traitor in the making? Which of them will defend the weak, and who will become the ultimate evil overlord? A knight or a coward? Each of the 12 will have to choose his or her path. Each will keep a poker face. But if the billion-pound prize calls your name, you can't conceal your choice. And you will do everything to lay your hands on it. 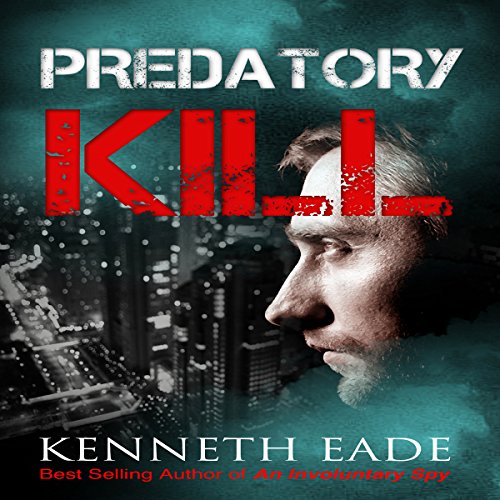 Experience the mystery and suspense of the best-selling legal thriller. Can too big to fail get away with murder? Read the compelling legal novel by the best-selling author of An Involuntary Spy. Brent Marks had paid his dues as a lawyer, having taken his share of divorces and drunk driving cases over his 20 year career, but had finally reached a place in his life where he could take on cases of social importance. What he least expected was for April Marsh's predatory lending case against the big banks for wrongful foreclosure on her parent's home to turn into a murder investigation. April's mother was murdered. Her father was beaten within an inch of his life, and she believes their predatory lender is to blame. Are banks really that above the law? 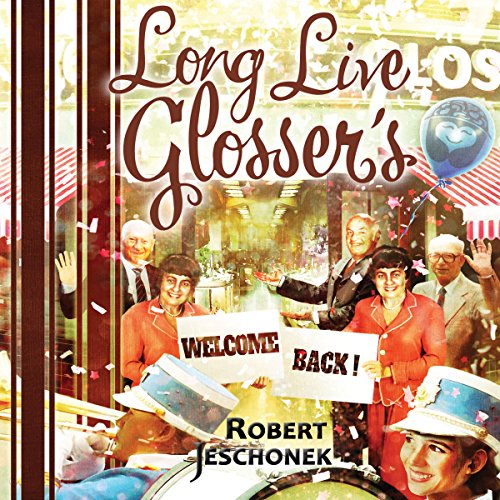 The Glosser Bros. Department Store in Johnstown, Pennsylvania has reopened, just for you, in the narration of this one-of-a-kind nonfiction audiobook. For the first time, the whole true story of Glosser's has been told, on the 25th anniversary of the fabled department store's closing. Step through the famous doors on the corner of Franklin and Locust Streets, grab a brown-and-white-striped shopping bag, and smell the roasting peanuts and cashews. You're about to embark on a journey from the humble beginnings of Glosser Bros. to its glory days as a multimillion-dollar corporation and the thrilling battle to save it on the eve of its grand finale. Listen to the stories of the executives, employees, and loyal shoppers who made Glosser Bros. a legend and kept it alive in the hearts and minds of Glosser Nation. Travel back in time to the places and people that made Glosser's great. Experience the things you loved best about the classic department store, from the roasted nuts to the Shaffer twins to the Halloween windows and amazing sales. Discover secrets and surprises that have never been revealed to the general public until now. Relive the story of a lifetime in a magical tour straight out of your memories and dreams: a grand reopening of a store that never really closed in the hearts of those who loved it.