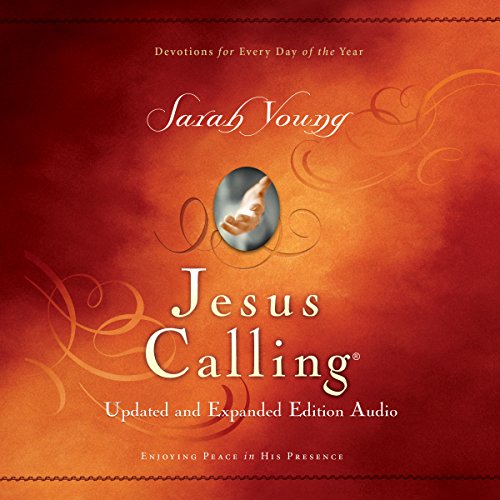 The best-selling 365-day devotional Jesus Calling is written as if Jesus himself is speaking directly to you - words of encouragement, comfort, and reassurance of his unending love. These writings are based on Jesus' own words of hope, guidance, and peace within Scripture - penned by one who loves him and reveres his word. These much-loved devotions will help you look forward to your time with the lord and experience a deeper relationship with Jesus as you savor the presence of the one who understands you perfectly and loves you forever. This powerful audio recording of Jesus Calling contains the words and Scripture Jesus lovingly laid on Sarah's heart. Words of reassurance, comfort, and hope. Words that have made her increasingly aware of his presence and allowed her to enjoy his peace. Be drawn into the savior's peaceful presence daily with this beautifully recorded audio devotional. Featuring multivoice narration and musical scoring, these powerful daily words of inspiration will strengthen listeners' spiritual lives. Also includes full Scripture readings for each day in addition to guided reflection and prayer thoughts. 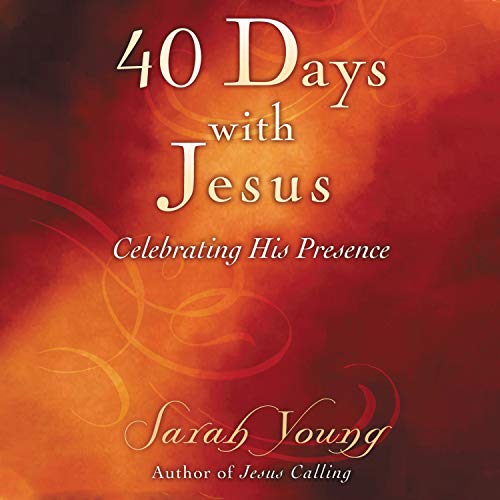 Spend 40 days with Jesus - from the time leading up to his death on Good Friday to the celebration of his resurrection on Easter Sunday - and celebrate his presence as never before. Select devotions from Sarah Youngâs best-selling Jesus Calling have been compiled to create an experience of closeness with the Savior during any time of the year. This audiobook edition of key devotions offers a convenient format. Millions of people have found comfort and inspiration in Sarah Youngâs number one best-selling Jesus Calling. Repeat customers enjoy giving 40 Days with Jesus as a gift throughout the year Perfect for travel Experience peace in his presence in 40 Days with Jesus. 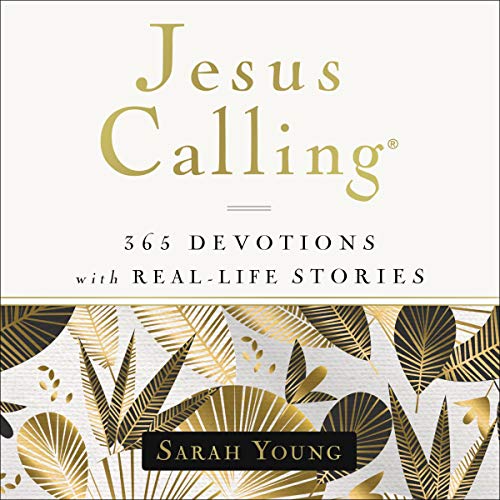 This new edition of the beloved devotional is the first edition of Jesus Calling to include true stories from readers, listeners, and from Sarah herself. You'll be able to identify and draw strength from these personal accounts of struggle and weakness, burdens and fears, forgiveness and redeeming love as you savor the presence of the One who understands you perfectly and loves you forever.Â  With Scripture and personal reflections, best-selling author Sarah Young brings Jesus' message of peace - for today and every day.Â  This number one best-selling 365-day devotional is written as if Jesus himself is speaking directly to you - words of encouragement, comfort, and reassurance of his unending love. Sarah Young shares her personal prayer journal and her reflections based on Jesus' words of hope, guidance, and peace within Scripture. Penned by one who loves Jesus and reveres his word, these writings have helped millions of people grow in their relationship with Jesus.Â  This new edition of the beloved devotional includes Scriptures and 20 stories from Sarah and readers of Jesus Calling. It makes a wonderful gift for anyone eager for a new experience of Jesus Calling as well as for those experiencing it for the first time.Â  The first-ever Jesus Calling devotional to include real-life, inspirational stories, Jesus Calling, 365 Devotions with Real-Life Stories, with Full Scriptures invites you to experience peace in the presence of the Savior who is closer than you can imagine. These much-loved devotions will help you look forward to your time with the Lord and experience peace in the presence of the Savior who is always with you. 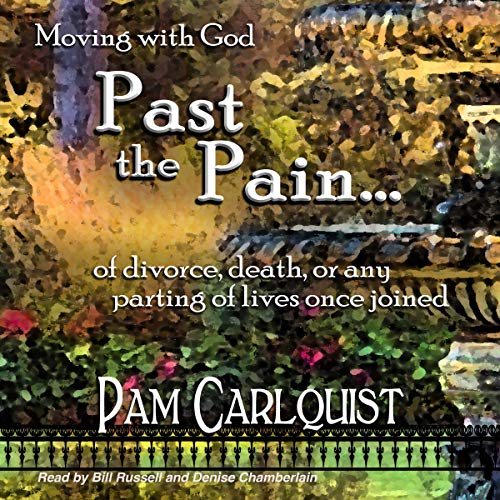 Moving with God Past the Pain...

How does one deal with the pain of divorce, with death, with poverty, with violence, with the everyday problems of life, she wondered. So, she asked.... One early morning just nine months after she and her husband of 27 years had separated, Pam Carlquist inadvertently began a dialogue that would change her life forever. In a moment of desperation, she sat down with pen and paper and cried out to God for help. To her surprise, she received an answer, a response so comforting and so wise that she continued the correspondence for over a year, indeed forevermore. The answers, though not what she had expected, launched her on a journey of healing and love. This is a book that explores the essence of loss and that poses questions we all have asked. How does one fill the holes that become an inevitable part of oneâs life? How does one find joy in the midst of pain? How does one tap into the remarkable resource of the human spirit to rise above adversity, fear, even death - and triumph? The audience for this book includes all who question but, in particular, those involved in relationship breakups, those seeking peace in the throes of separation, those wishing to move at last past the pain...of divorce, death, or any parting of lives once joined. Moving with God Past the Pain...Of Divorce, Death or Any Parting of Lives Once Joined is a memoir, self-help, and spiritual book. 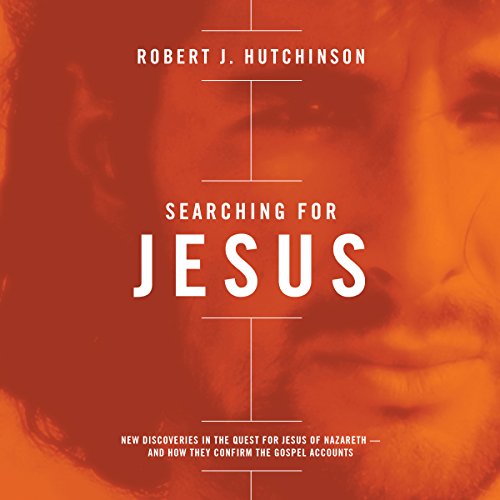 For more than a century, Bible scholars and university researchers have been systematically debunking what ordinary Christians believed about Jesus of Nazareth. But what if the most recent Biblical scholarship actually affirmed the New Testament? What if Jesus was not a zealot revolutionary or a Greek cynic philosopher or a protofeminist gnostic but precisely what he claimed to be: the divine Son of Man prophesied in the book of Daniel who gave his life as a ransom for many? What if everything the Gospels say about Jesus of Nazareth - his words, his deeds, his plans - turned out to be true? Searching for Jesus changes "what if?" to "what is", debunking the debunkers and showing how the latest scholarship supports orthodox Christian belief. 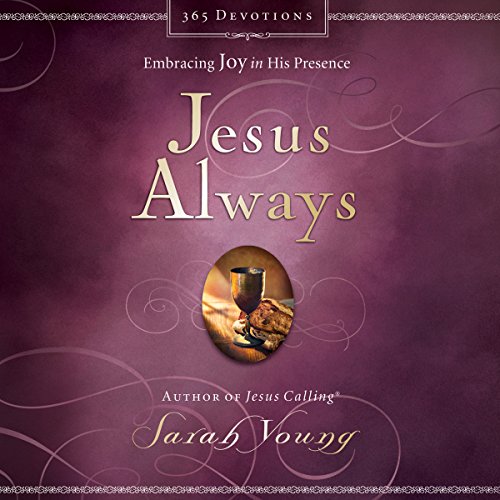 Sarah Young's first 365-day devotional since Jesus Calling. With Scripture and new personal reflections, New York Times best-selling author Sarah Young brings Jesus' message of joy for today and every day. Experience true joy - now and always. Life today is full of difficulties: loss, sadness, fear. In the midst of these challenges, joy often feels impossible or out of reach. But Jesus has more for his followers than lives of striving, pain, and discontent. He offers life abundant, life to the fullest, life brimming with joy! Jesus Always, the new 365-day devotional from best-selling author Sarah Young, was written as part of Sarah Young's exploration of the promises of joy in Scripture. Written as if Jesus himself is speaking directly to the listener, Jesus Always invites you into a new way of living - a life of joy. Reaching out with joy-filled reminders from the word of God, these devotions will intimately and gently connect you with Jesus - the one who meets you where you are. Draw near to him in Jesus Always. 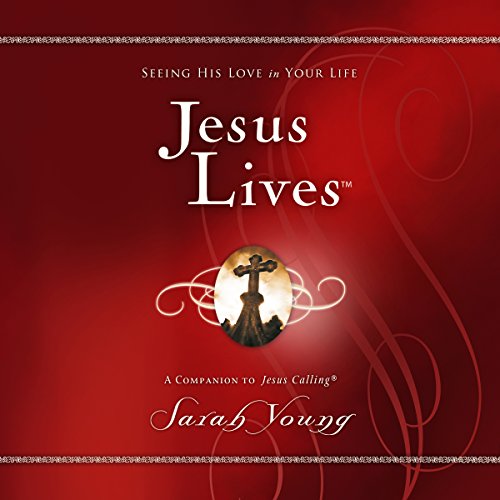 From your heart's deepest cry to life's joyful praises, Jesus is in them all! Knowing Jesus on a deeper, more personal level not only means sharing all aspects of your life with the Savior, but it means seeing Him at work in your life as well. Whether you're struggling your way through a valley or reaping a bounty of blessings, Jesus is very much alive and present. The question is, do you see Him? Do you recognize His voice? His comforting hand? His desire to fellowship with you? In Jesus Lives! author Sarah Young provides 180 topical devotionals exemplifying Jesus' presence in your life, giving insight and wisdom, and bringing to light the truth of Romans 8:11: The Spirit of God, who raised Jesus from the dead, lives in you! 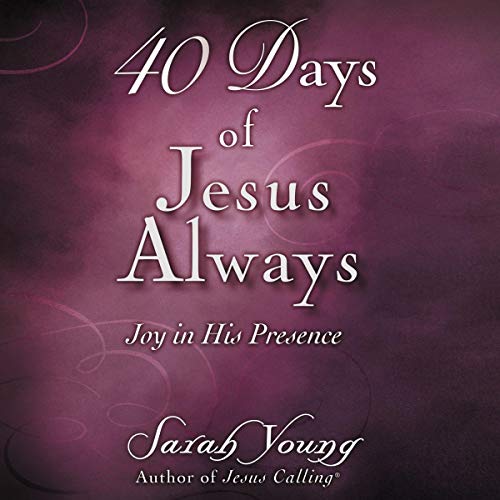 40 Days of Jesus Always: Joy in His Presence

Spend 40 days with Jesus, exploring promises found in scripture - promises of life abundant, life to the fullest, and life brimming with joy! Select devotions from number one best-selling author Sarah Youngâs Jesus Always, youâll experience a closeness with the Savior that invites you into a new way of living - embracing a joy-filled life. Millions of people have found comfort and inspiration in Sarah YoungâsÂ best-selling devotionals. Repeat customers enjoy givingÂ 40 Days ofÂ JesusÂ AlwaysÂ as a gift throughout the year. 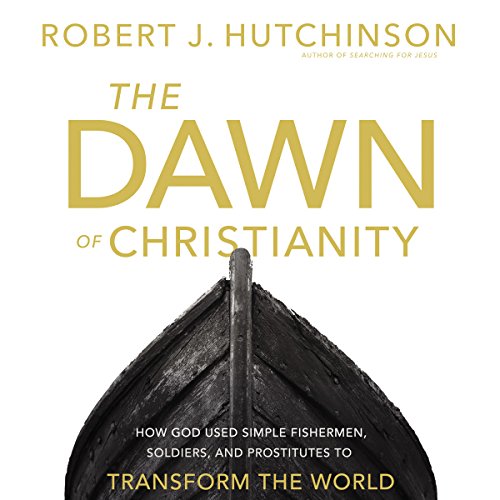 The Dawn of Christianity

Drawing upon the most recent discoveries and scholarship in archaeology and the first-century Near East, The Dawn of Christianity reveals how a beleaguered group of followers of a crucified rabbi became the founders of a world-changing faith. How did Christianity truly come to be? Where did this worldwide faith come from? The Dawn of Christianity tells the story of how the first followers of Jesus survived the terror and despair of witnessing the one they knew to be the messiah - God's agent for the salvation of the world - suddenly arrested, tried, and executed. Soon after Jesus' death, his relatives and closest followers began hearing reports that Jesus was alive again - reports that even his most loyal disciples at first refused to believe. Using the most recent studies by top Christian and secular scholars, Robert Hutchinson, known for his popular books on Christianity and biblical studies, reconstructs all of the known accounts of these early resurrection appearances and follows the witnesses to the resurrection as they experience brutal persecution at the hands of zealots such as Saul of Tarsus and then become committed evangelists to the major population centers in Antioch, Damascus, Rome, and Athens - and ultimately across the world. A riveting thriller of the most improbable history-changing movement imaginable, The Dawn of Christianity brings to life the compelling story of the birth of Christianity. 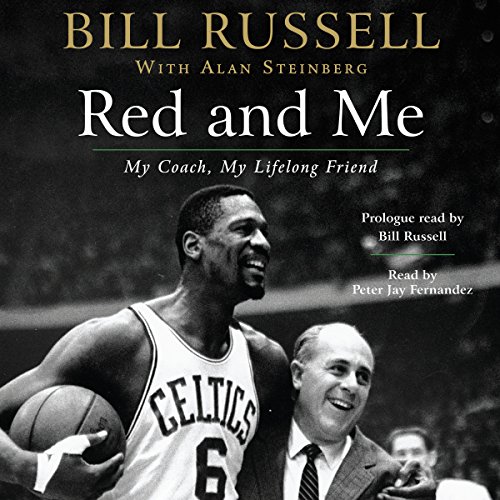 Red Auerbach, one of the greatest coaches in sports history, died on October 28, 2006. Bill Russell, the five-time MVP and star center on the Auerbach teams that won eleven championships in 13 years, said little in public at the time. His relationship with his coach had been so deeply personal that he could not express it with a brief comment. In fact, little known to the public, Auerbach and Russell - one a short, brash Jew from Brooklyn, the other a tall, intense African-American from Louisiana and Oakland - were far more than just coach and player. Through 13 years of building a sports dynasty together, one that remains among the greatest of all time, their relationship evolved into a rare, telling example of deep male friendship: confident, supportive, understanding, founded in common goals, even as their feelings remained largely unspoken. They stayed close for the rest of Auerbach's life, despite physical distance and far fewer chances to be together. True male friends are always there for each other, whenever the need or occasion arises. Red and Me is an extraordinary book: an homage to a peerless coach, showing how he produced results unlike any other; an inspiring story of mutual success, in which each man gave his all, and gained back even more; above all, it may be the best depiction of male friendship ever put on the page. Who would have guessed that such different men could have become such a tightly bonded pair? Few did guess it. Now Russell tells it. 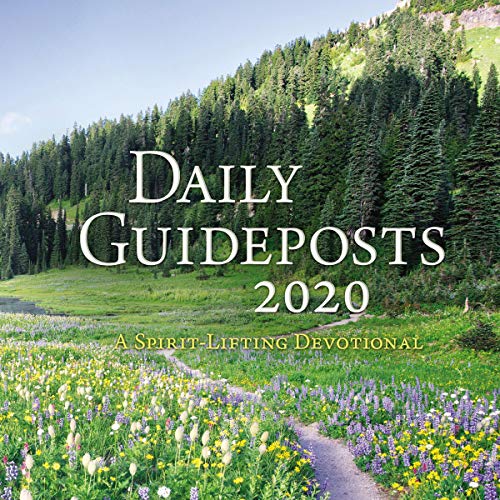 Daily Guideposts, America's best-selling annual devotional, is a 365-day devotional from the Editors of Guideposts that will help listeners grow in their faith every day of the year. Daily Guideposts 2020 centers on the theme "He Performs Wonders," based on Job 5:9, and is filled with brand-new devotions from 50 writers. Each day listeners will enjoy a Scripture verse, a true first-person story told in an informal, conversational style, which shares the ways God speaks to us in the ordinary events of life, and a brief prayer to help focus the listener to apply the day's message. Enjoy favorite writers like Debbie Macomber, Edward Grinnan, Elizabeth Sherrill, Patricia Lorenz, Julia Attaway, Karen Barber, Sabra Ciancanelli, Mark Collins, and Rick Hamlin.Â  In just a few minutes a day, Daily Guideposts helps listeners find the spiritual richness in their own lives and welcomes them into a remarkable family of over one million people brought together by a desire to grow every day of the year.