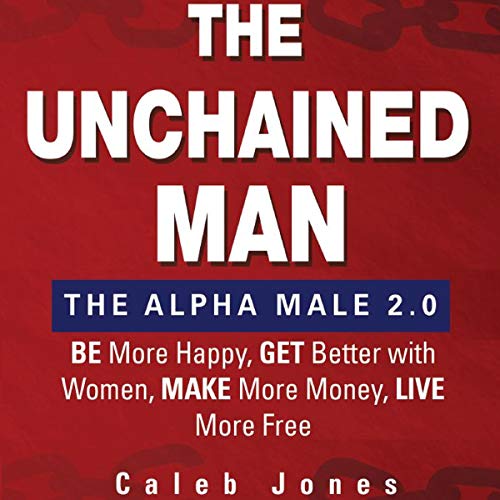 Learn step by step how you can create a high-income, low-work business as well as relationships with women based on freedom instead of rules and drama. If you're a man who has any of the following problems... Doesn't make enough moneyÂ  Has trouble attracting womenÂ  Has problems maintaining quality relationships with womenÂ  Has difficulty hitting your big goalsÂ  Has work that consumes too much of your lifeÂ  Has trouble staying motivatedÂ  Tends to have lots of "drama" in your relationships ...then this book was written specifically for you. It's full of proven principles and techniques that have been successfully used by men all over the Western world. Because of rapidly changing technology and cultural norms, for the first time in history a man can live truly as he desires. He can truly be free, both in his business life and woman life, even if he's committed to one special girl.Â  In The Unchained Man: The Alpha Male 2.0, you will learn specific, step-by-step techniques to:Â Â  Design a low-work, high-income business you can run from anywhere with no employees. Design the perfect type of relationship for you: casual, very serious and committed, or something in between. One where you can love a woman but still be free to do whatever you want without having to "check in" with anyone.Â  Design an entire life structured to make you happier.Â  Be more focused on your big goals while still maintaining personal freedom and happiness. Hit those goals faster!Â  Dramatically improve your dating and sex life.Â  Better manage your time and reduce stress.Â  Overcome mental blocks to your own happiness, most of which you don't even know are there!Â  Be more confident.Â  Look better.Â  Integrate women, or that one special woman, into your life with fewer restrictions on your happiness, freedom, and masculinity.Â  Make more money from fewer hours of work.Â  Get your income up fast. Raise happy children (if kids are something you want).Â  And much more Thousands of men all over the world have already improved their work lives, relationship lives, sex lives, personal freedom, and happiness by living the lifestyle of the Alpha Male 2.0. Join us! It's a very good place to be, and it's all in this book. 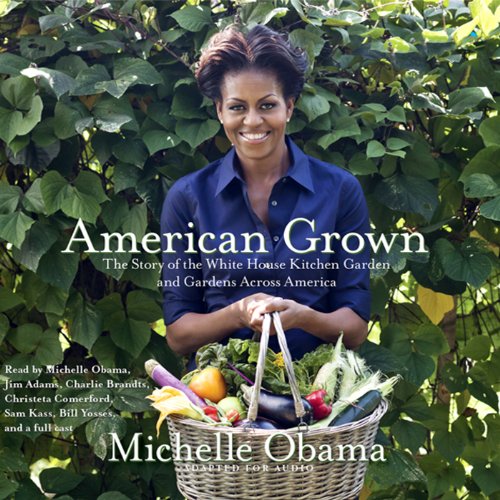 In April 2009, First Lady Michelle Obama planted a kitchen garden on the White House's South Lawn. It is a garden with roots in the American past, stretching back to George Washington, John Adams, and Thomas Jefferson, but it is also a garden very much designed for America's future. As fresh vegetables, fruit, and herbs sprouted from the ground, this White House Kitchen Garden inspired a new conversation all across the country about the food we feed our families and the impact it has on the health and well-being of our children. Now, in her first-ever book, American Grown, Mrs. Obama invites you inside the White House Kitchen Garden and shares its inspiring story, from the first planting to the latest harvest. Hear about her worries as a novice gardener: Would the new plants even grow? Learn about her struggles and her joys as lettuce, corn, tomatoes, collards and kale, sweet potatoes and rhubarb flourished in the freshly tilled soil. Get an unprecedented behind-the-scenes look at every season of the garden's growth, with striking original photographs that bring its story to life. Try the unique recipes created by top White House chefs and made with ingredients freshly picked from the White House garden. And learn from the White House Garden team about how you can help plant your own backyard, school, or community garden. Mrs. Obama's journey continues across the nation, sharing the stories of other gardens that have moved and inspired her. Here are the tales of a modern-day vegetable truck that brings fresh produce to underserved communities in Chicago, of Houston office workers who make the sidewalk bloom, of a New York City School that created a scented garden for the visually impaired, of a North Carolina garden that devotes its entire harvest to those less fortunate, and other stories of communities that are transforming the lives and health of their citizens. With American Grown, Mrs. Obama tells the story of the White House Kitchen Garden, celebrates the bounty of our nation, and reminds us all of what we can grow together.