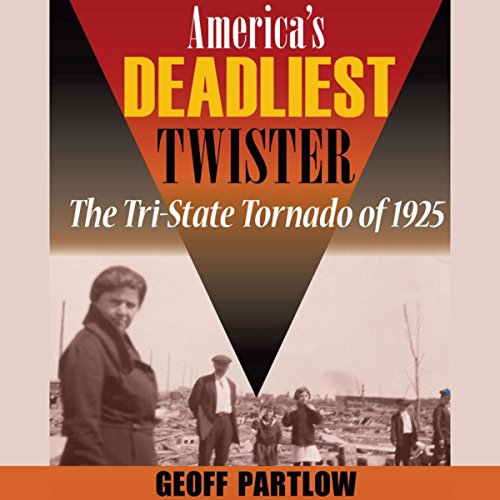 Disaster relief as we know it did not exist when the deadliest tornado in U.S. history gouged a path from southeast Missouri through southern Illinois and into southwestern Indiana. The tri-state tornado of 1925 hugged the ground for 219 miles, generated wind speeds in excess of 300 miles per hour, and killed 695 people. Drawing on survivor interviews, public records, and newspaper archives, America's Deadliest Twister offers a detailed account of the storm, but more important, it describes life in the region at that time as well as the tornado's lasting cultural impact, especially on southern Illinois. Author Geoff Partlow follows the storm from town to town, introducing us to the people most affected by the tornado, including the African American population of southern Illinois. Their narratives, along with the stories of the heroes who led recovery efforts in the years following, add a hometown perspective to the account of the storm itself. In the discussion of the aftermath of the tornado, Partlow examines the lasting social and economic scars in the area, but he also looks at some of the technological firsts associated with this devastating tragedy. Partlow shows how relief efforts in the region began to change the way people throughout the nation thought about disaster relief, which led to the unified responses we are familiar with today. 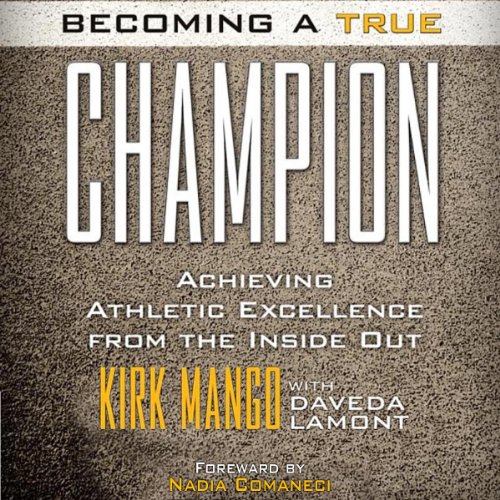 Becoming a True Champion: Achieving Athletic Excellence from the Inside Out fills a critical need by speaking in a frank and direct voice directly to today's aspiring athletes about these crucial, controversial issues and the personal choices they face. At the same time the audiobook presents them with the antidote to these negative influences - the fundamental values, attitudes and concepts, both mental and practical, that support and lead to athletic excellence. A âtrue championâ is an athlete with the specific qualities of character, mental discipline, and physical skills necessary to generate and keep increasing athletic excellence and success throughout his or her career. These qualities can be learned and developed; they need not be inborn. Becoming a True Champion goes deeply into each quality to show developing athletes how adopting it directly affects and enhances athletic performance, longevity, and dignity. Through relevant examples, inspiring stories, and a personalized approach, the audiobook shows athletes how to avoid the many pitfalls, and overcome the inevitable obstacles, so common in today's sports culture. 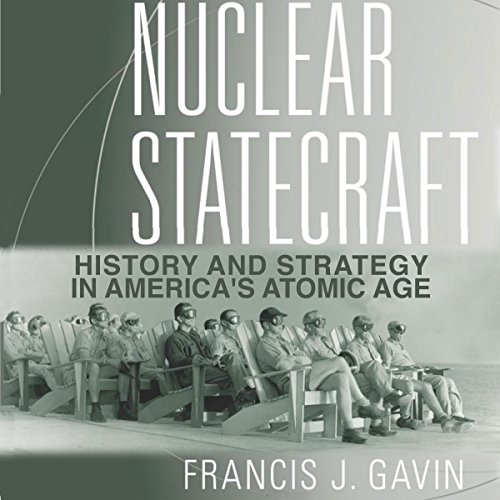 In Nuclear Statecraft, Francis J. Gavin challenges key elements of the widely accepted narrative about the history of the atomic age and the consequences of the nuclear revolution. Gavin reassesses the strategy of flexible response, the influence of nuclear weapons during the Berlin Crisis, the origins of and motivations for US nuclear nonproliferation policy, and how to assess the nuclear dangers we face today. Archival evidence makes it clear that decision makers were more concerned about underlying geopolitical questions than about the strategic dynamic between two nuclear superpowers. Gavin's rigorous historical work not only tells us what happened in the past but also offers a powerful tool to explain how nuclear weapons influence international relations.

The Genesis of Desire

We seem to be abandoning the codes that told previous generations who they should love. But now that many of us are free to choose whoever we want, nothing is less certain. The proliferation of divorces and separations reveal a dynamic we would rather not see: Others sometimes reject us as passionately as we are attracted to them. Our desire makes us sick. The throes of rivalry are at the heart of our attraction to one another. This is the central thesis of Jean-Michel Oughourlian's The Genesis of Desire, where the war of the sexes is finally given a scientific explanation. The discovery of mirror neurons corroborates his ideas, clarifying the phenomena of empathy and the mechanisms of violent reciprocity. How can a couple be saved when they have declared war on one another? By helping them realize that desire originates not in the self, but in the other. There are strategies that can help, which Dr. Oughourlian has prescribed successfully to his patients. This work, alternating between case studies and more theoretical statements, convincingly defends the possibility that breakups need not be permanent. 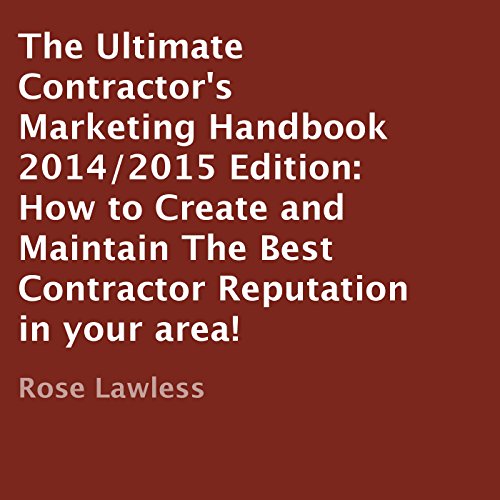 This book will give you all of the information you require to create an online reputation for your company and a sales funnel that will produce pre-qualified and pre-sold leads and bring them through the pre-sales process until they become your client! You will be able to create your niche and eliminate your competition. Last year's book received international attention from contractors all over the world. Since so much has changed in the past year, we have incorporated all new information on Reputation Marketing and other areas that needed updating in this new edition. This book has been written with the intent to help small sub-contractors, medium-sized general contractors, large construction companies and design-build firms build their business back to where it was 6 or 7 years ago. It will also serve the contractor who is just starting his business. There is something for everyone in this book whether you are just starting out with your marketing efforts, are started already but need to organize and be consistent or want to get into government contracts and larger projects. This book has been tailored in the beginning chapters for the smaller contractor who has no marketing whatsoever and has been just skating through getting jobs from their local market. As you get through the book, you will find that the methods stated will benefit everyone who is involved with the construction and building industry. What people say about your company online has become the single most important reflection of your company's quality, reliability, and skill. It doesn't matter if you are a doctor, a general contractor, a carpet cleaner, or a painter. In Nielsen's most recent Global Trust in Advertising study, 70% of global consumers indicated they trust online reviews from strangers when making purchasing decisions. Your number one marketing priority should be to develop a 5-star online reputation.