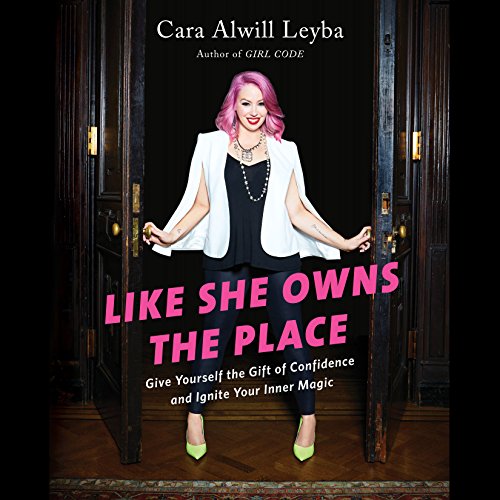 From the woman who has built an empire of badass female entrepreneurs comes the long-awaited sequel to Girl Code. Cara Alwill Leyba's riveting voice and kinship with her audience drove the self-published success of Girl Code, a book that encouraged women to support each other in the business community. Now her many fans are ready to take the next step: building sustainable confidence from the ground up. Most women who are insecure look for the equivalent of a sugar rush, such as telling themselves they're better than other people or changing the way they look. But those tricks won't protect them from losing confidence in the future. Neither will simply being outspoken and aggressive, if those traits aren't authentic. Leyba has three simple but provocative arguments. First, confidence doesn't come from "winning" - it comes comes from ignoring the success narratives we absorb from magazines and movies. Second, the impressions people make on others depend on their personalities, not their looks - so there's no reason to use the word ugly, ever. Finally, the foundation of confidence comes from "audacious auditing", Leyba's term for identifying toxic people and habits and getting rid of them. Written in her chatty older-sister voice, and full of revealing stories from every stage of Cara's life, Like She Owns the Place will help listeners rewire their minds to be more confident. Take it from the woman who quit her job at MTV, dyed her hair pink, and made herself a best-selling author - there's a path to becoming stronger and happier. 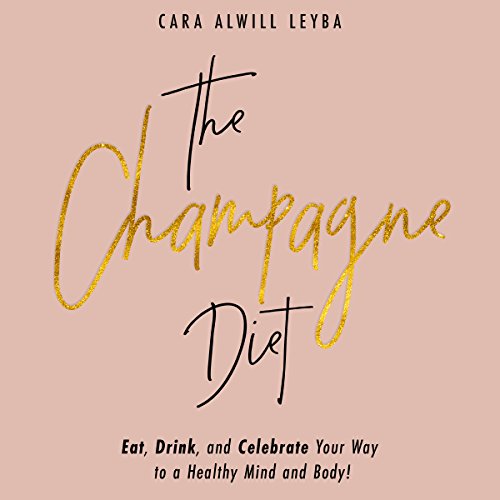 From the best-selling author of Girl Code and Like She Owns the Place!  This book is for the woman who wants to feel good about herself and her body, and learn how to start incorporating healthy habits into her life. It's for the woman who doesn't want to trade in her champagne for skinny jeans. It's for the woman who is done with dieting, and ready to start paying attention to her health before that number on the scale. It's for the woman who is ready to stop letting her weight define her, and is ready to understand why it always did. This is not a diet book. This is a lifestyle guide.  This book will change the way you view your weight and yourself forever. You will walk away feeling empowered, inspired, and downright sexy (and probably craving a glass of bubbly). You will learn how to celebrate yourself and your body. You will learn to make your health a priority, always. And most importantly - you will learn to love yourself, exactly as you are. So get ready to embark on a complete dieting and lifestyle overhaul, sister. You are now on The Champagne Diet!  PLEASE NOTE: When you purchase this title, the accompanying reference material will be available in your Library section along with the audio. 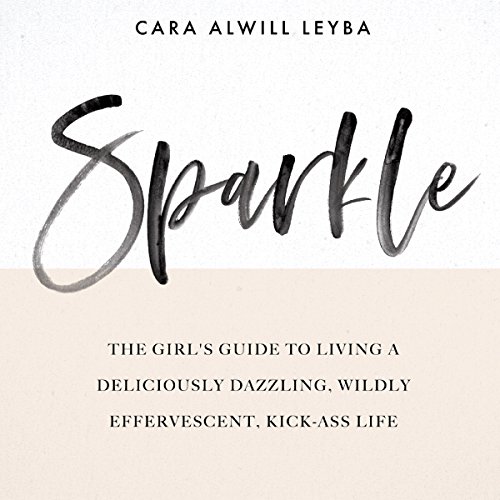 From the best-selling author of Girl Code and Like She Owns the Place!  As women, we have become professional self-critics. We've become so convinced by society that we need to attain a level of perfection that just isn't real. Whether it's trying to get skinnier, look younger, get that promotion, please our parents, get fuller lips or rid ourselves of cellulite - we're on a never-ending mission to change and it always winds up making us feel like crap. Instead, why not focus on all the fabulous qualities we already possess? There is so much to celebrate when we look at all our accomplishments.  In this straight-up girlfriend's guide, lifestylist and wellness coach Cara Alwill Leyba encourages women to discover what makes them sparkle so that they can design the lives they desire and deserve. So raise your glass and toast yourself. You're about to start shimmering, shining, and dazzling every day! Because isn't everything better when it sparkles? 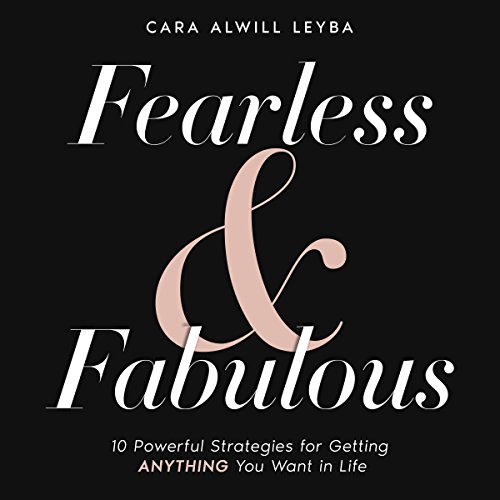 From the best-selling author of Girl Code and Like She Owns the Place.  What would you do if you weren't afraid? Imagine waking up every day knowing the world is literally at your perfectly manicured fingertips? Imagine living in a reality dripping with glittering opportunity and lush experiences at every turn? Imagine having the intuition to know how to handle every situation with total grace and discernment?  I'm going to let you in on a secret: that life exists right at the edge of your comfort zone. And it's available to you once you learn to become fearless.  Fear can be responsible for changing your life - for better or for worse. If fear persists, you run the risk of missing out on some of the greatest experiences life has to offer. If you can overcome your fears, you open yourself up to a world beyond your wildest imagination.  A fearless and fabulous woman is someone who recognizes her desires, has the confidence to chase her dreams, and believes that everything is possible. She does not believe in the word failure. She redefines it. To the fearless and fabulous woman, a failure is just a signal that she needs to change her course and try a new way of doing something. She thinks positively, takes consistent action toward her goals, and never gives up.  This audiobook will help you cultivate the qualities that every fearless and fabulous woman possesses. It will arm you with 10 powerful strategies that will help you overcome your fears and live the extraordinary life youre meant to live. It will encourage you to challenge old ways of thinking and kick the status quo to the curb - in your most gorgeous pair of Jimmy Choos, of course!  So put your worries aside and dust off those dreams, sister. You are about to become fearless and fabulous!  PLEASE NOTE: When you purchase this title, the accompanying reference material will be available in your Library section along with the audio.