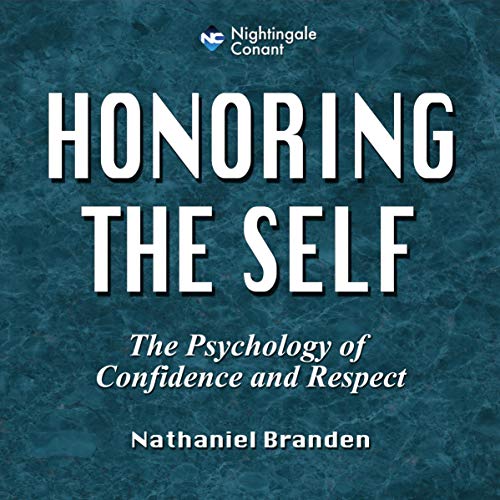 "Tell me how a person judges his or her self-esteem", says pioneering psychologist Nathaniel Branden, "and I will tell you how that person operates at work, in love, in sex, in parenting, in every important aspect of existence - and how high he or she is likely to rise. The reputation you have with yourself - your self-esteem - is the single most important factor for a fulfilling life."  How to grow in self-confidence and self-respect How to nurture self-esteem in children How to break free of guilt and fear of others disapproval How to honor the self - the ethics of rational self-interest Nathaniel Brandens pioneering work in the field of self-esteem over seven decades contributed to the evolution of the concept from obscurity to greater levels of clarity and acceptance. He wrote nearly 20 books on self-esteem, including such influential works as The Psychology of Self-Esteem, How to Raise Your Self-Esteem, The Six Pillars of Self-Esteem, and The Art of Living Consciously. In addition to his extensive work as a writer, Branden worked as a lecturer, therapist, and corporate consultant specializing in assisting modern businesses employ the principles of self-esteem to achieve greater levels of success. He also the founded The Branden Institute for Self-Esteem, a counseling center in Los Angeles, California. He died in 2014.