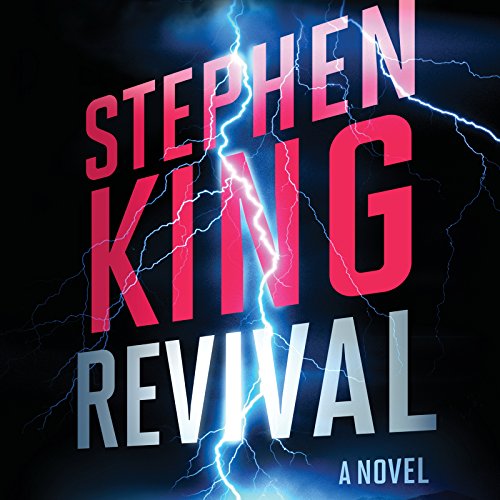 A dark and electrifying novel about addiction, fanaticism, and what might exist on the other side of life. In a small New England town, over half a century ago, a shadow falls over a small boy playing with his toy soldiers. Jamie Morton looks up to see a striking man, the new minister. Charles Jacobs, along with his beautiful wife, will transform the local church. The men and boys are all a bit in love with Mrs. Jacobs; the women and girls feel the same about Reverend Jacobs - including Jamieâs mother and beloved sister, Claire. With Jamie, the Reverend shares a deeper bond based on a secret obsession. When tragedy strikes the Jacobs family, this charismatic preacher curses God, mocks all religious belief, and is banished from the shocked town. Jamie has demons of his own. Wed to his guitar from the age of 13, he plays in bands across the country, living the nomadic lifestyle of bar-band rock and roll while fleeing from his familyâs horrific loss. In his mid-30s - addicted to heroin, stranded, desperate - Jamie meets Charles Jacobs again, with profound consequences for both men. Their bond becomes a pact beyond even the Devilâs devising, and Jamie discovers that revival has many meanings. This rich and disturbing novel spans five decades on its way to the most terrifying conclusion Stephen King has ever written. Itâs a masterpiece from King, in the great American tradition of Frank Norris, Nathaniel Hawthorne, and Edgar Allan Poe. 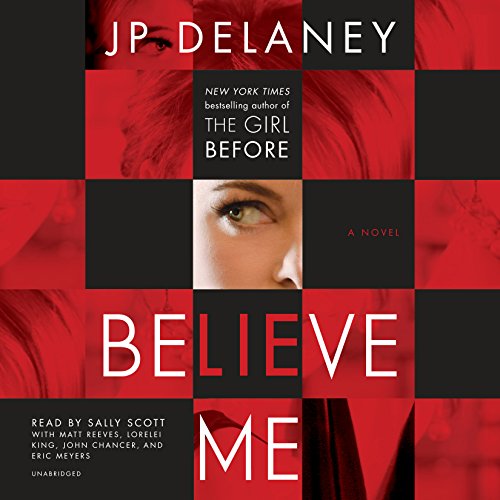 In this twisty psychological thriller from the New York Times best-selling author of The Girl Before, an actress plays both sides of a murder investigation. "A compelling read...redefines the concept of an unreliable narrator...[a] rich, nuanced, highly literary take on the Gone Girl theme." (Booklist) A struggling actor, a Brit in America without a green card, Claire needs work and money to survive. Then she gets both. But nothing like she expected. Claire agrees to become a decoy for a firm of divorce lawyers. Hired to entrap straying husbands, she must catch them on tape with their seductive propositions. The rules? Never hit on the mark directly. Make it clear youâre available, but he has to proposition you, not the other way around. The firm is after evidence, not coercion. The innocent have nothing to hide. Then the game changes. When the wife of one of Claireâs targets is violently murdered, the cops are sure the husband is to blame. Desperate to catch him before he kills again, they enlist Claire to lure him into a confession. Claire can do this. Sheâs brilliant at assuming a voice and an identity. For a woman whoâs mastered the art of manipulation, how difficult could it be to tempt a killer into a trap? But who is the decoy...and who is the prey? Read by Sally Scott, with Matt Reeves, Lorelei King, John Chancer, and Eric Meyers. 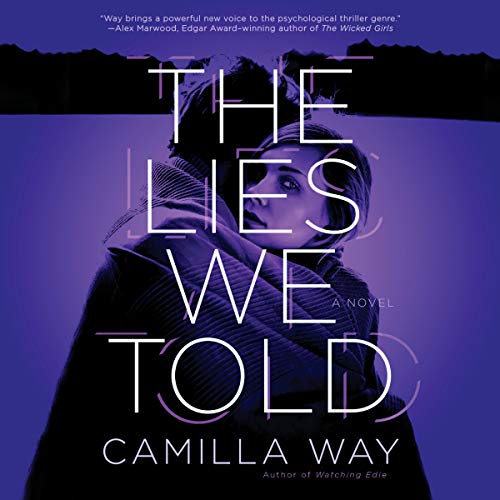 The Lies We Told

The highly acclaimed author of Watching Edie returns with a new novel of dark psychological suspense that explores how those closest to us have the most to hide.... A daughter Beth has always known there was something strange about her daughter, Hannah. The lack of emotion, the disturbing behavior, the apparent delight in hurting others.... Sometimes, Beth is scared of her and what she could be capable of. A son Luke comes from the perfect family, with the perfect parents. But one day, he disappears without a trace, and his girlfriend, Clara, is desperate to discover what has happened toÂ him. A life built on lies As Clara digs into the past, she realizes no family is truly perfect and uncovers a link between Luke's long-lost sister and a strange girl named Hannah. Now Luke's life is in danger because of the lies once told and the secrets once kept. Can Clara find him before it's tooÂ late? 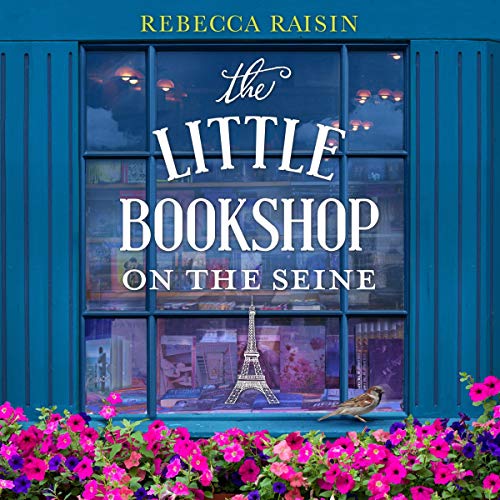 The Little Bookshop on the Seine

Itâs The Holiday on the Champs-ÃlysÃ©es in a great big love letter to Paris, charming old bookstores, and happily-ever-afters! When bookshop owner Sarah Smith is offered the opportunity for a job exchange with her Parisian friend, Sophie, saying yes is a no-brainer - after all, what kind of romantic would turn down six months in Paris? Sarah is sure sheâs in for the experience of a lifetime - days spent surrounded by literature in a gorgeous bookshop, and the chance to watch the snow fall on the Eiffel Tower. Plus, now she can meet up with her journalist boyfriend, Ridge, when his job takes him around the globe. But her expectations cool faster than her cafÃ© au lait soon after she lands in the City of Light - sheâs a fish out of water in Paris. The customers are rude, her new coworkers suspicious, and her relationship with Ridge has been reduced to a long-distance game of phone tag, leaving Sarah to wonder if heâll ever put her first over his busy career. As Christmas approaches, Sarah is determined to get the shop - and her life - back in order...and make her dreams of a Parisian happily ever after come true. 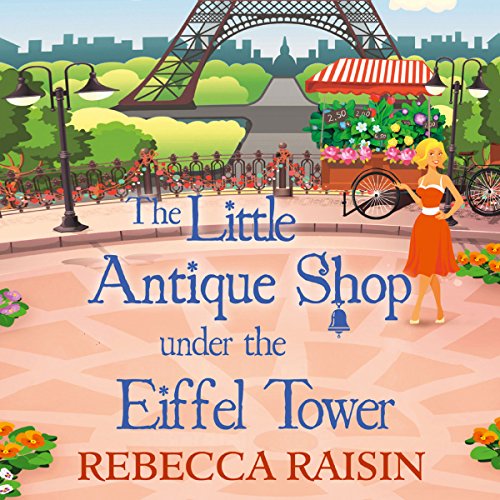 The Little Antique Shop Under the Eiffel Tower

Escape to Paris this summer and prepare to be swept off your feet....Â  Anouk LaRue used to be a romantic, but since she had her heart well and truly broken her love life has dissolved into nothing more than daydreams of the perfect man. Retreating to her extraordinary Little Antique Shop has always been a way to escape, because who could feel alone in a shop bursting with memories and beautiful objects?Â  Until Tristan Black appears at an auction and throws her ordered world into a spin.Â  Following your heart is a little like getting lost in Paris - sometimes confusing and always exciting! Except learning to trust her instincts is not something Anouk is ready to do when it comes to romance, but the city of love has other ideas....Â  Watch out for more in The Little Paris Collection. 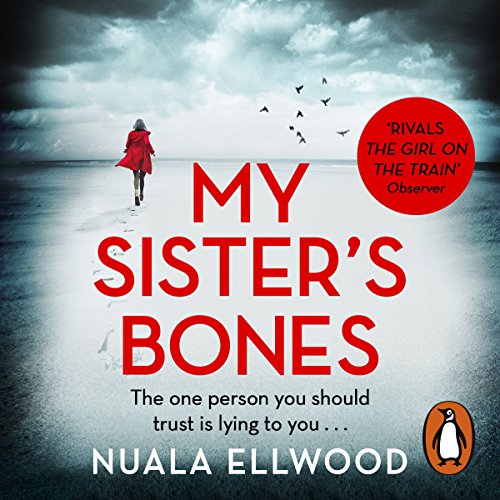 Penguin presents the unabridged downloadable audiobook edition of My Sister's Bones by Nuala Ellwood, read by Imogen Church and Sally Scott. Kate Rafter is a successful war reporter. She's the strong one. The one who escaped Herne Bay and the memories it holds. Her sister Sally didn't. Instead she drinks. But when their mother dies, Kate is forced to return to the old family home. And on her first night, she is woken by a terrifying scream. What secret has Kate stumbled upon? And is she strong enough to uncover the truth...and make it out alive? 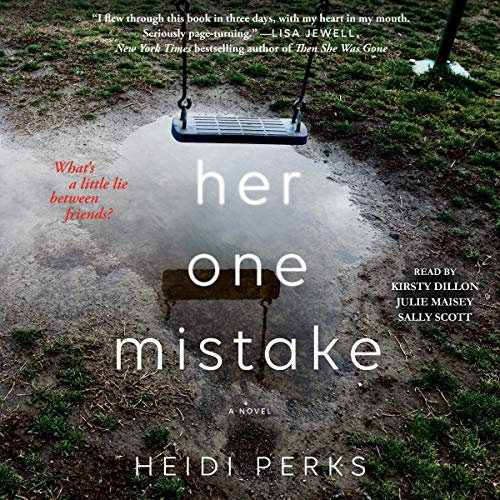 What should have been a fun-filled, carefree day takes a tragic turn for the worse for one mother when her best friendâs child goes missing in this suspenseful, compulsively listenable, and darkly twisted psychological thriller.Â  It all started at the school fair.... Charlotte was supposed to be looking after the children, and she swears she was. She only took her eyes off of them for one second. But when her three kids are all safe and sound at the school fair, and Alice, her best friend Harrietâs daughter, is nowhere to be found, Charlotte panics. Frantically searching everywhere, Charlotte knows she must find the courage to tell Harriet that her beloved only child is missing. And admit that she has only herself to blame. Harriet, devastated by this unthinkable, unbearable loss, can no longer bring herself to speak to Charlotte again, much less trust her. Now more isolated than ever and struggling to keep her marriage afloat, Harriet believes nothing and no one. But as the police bear down on both women trying to piece together the puzzle of what happened to this little girl, dark secrets begin to surface - and Harriet discovers that confiding in Charlotte again may be the only thing that will reunite her with her daughter.... This breathless and fast-paced debut - perfect for fans of Big Little Lies and The Couple Next Door - takes you on a chilling journey that will keep you guessing until the very last page.Â 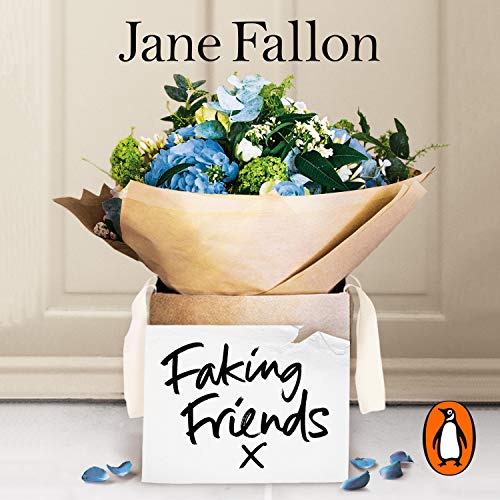 Penguin presents the audiobook edition of Faking Friends by Jane Fallon, read by Sally Scott and Kristin Atherton. Best friend. Soulmate. Confidante. Backstabber. Amy thought she knew who Melissa was - then again, Amy also thought she was on the verge of the wedding of her dreams to her long-distance fiancÃ©. When her career begins to unravel, she pays a surprise trip home to London. Her boyfriend Jack is out, but another woman has been making herself at home.... And that Other Woman is Melissa. Amy has lost her job, her fiancÃ© and her home in one disastrous weekend - but instead of falling apart, she's determined to get her own back. Piecing her life back together won't be half as fun as dismantling theirs, after all. 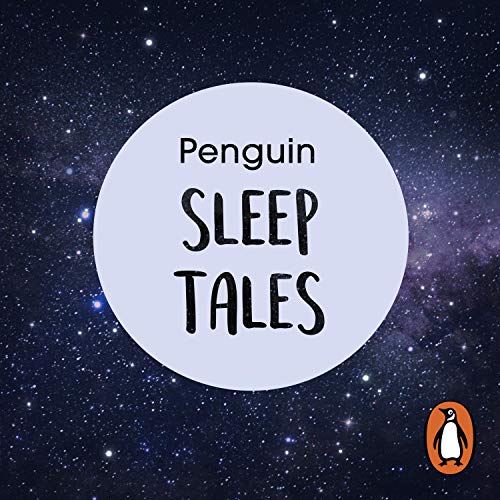 Brought to you by Penguin.Â Â Â

How often do you think about your bedtime routine?Â Â Â

Almost half of people in Britain say they're kept awake at night due to worry and stress - so making time to switch off in the hour before bed is more important than ever.Â Â Â

Penguin Sleep Tales are 10 specially designed descriptive audio tales to help you wind down and relax before you drift off.Â Â

Developed with The Sleep Council, each track will transport you to a different location, encouraging you to visualise calming settings and landscapes to ease away the day's anxiety or worry and get you in the right frame of mind for sleep.Â Â

Lie in a hammock on a tropical beach, relax by a campfire or shelter from a distant thunderstorm. These mindful tales are read slowly and soothingly, accompanied by relaxing sounds of nature.

One has been specially designed to appeal to those with auto sensory meridian response (ASMR), a physical reaction to sound which can be particularly relaxing.Â Â

Create a focused, peaceful environment so you can get a deep, natural night's sleep and wake up refreshed in the morning. The perfect de-stressor after a long day.Â Â

Penguin Sleep Tales are designed exclusively for audiobook apps. Clearly labelled for easy navigation, each track is 15 minutes long, so you can put your sleep timer on for any duration with no need to return to the screen. So dim the lights, and get ready for a good night's rest.Â Â Â

Includes 10 relaxing tales: 'Wakarango Mai', 'Hammock on a Distant Shore', 'The Purring Temple', 'Pegasus in the Night Sky', 'Dancing Flames', 'A Bothy in a Storm', 'The Warm Smell of Hay', 'Travel on the Overnight Train', 'The Magic Bookshop' (ASMR story) and 'Yara's Song' (inspired by the Brazilian folk tale 'The Story of Yara').Â Â Â

The Sleep Council offered information and advice around the development of this product. Search for 'Ladybird Sleepy Tales' and 'Puffin Sleepy Tales' to see our collections for children.