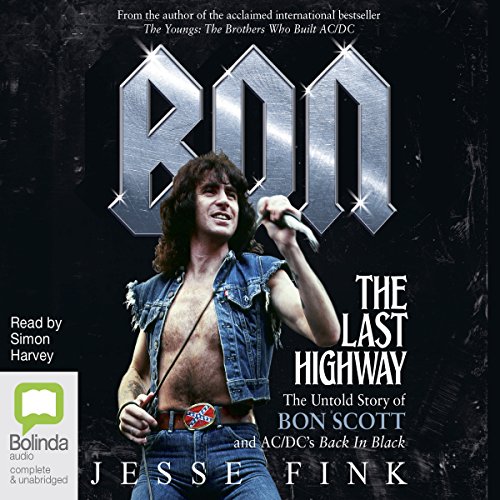 Bon: The Last Highway is the original, forensic, unflinching and masterful biography Bon Scott has so richly deserved and music fans around the world have been waiting for.

The death of Bon Scott is The Da Vinci Code of rock. In the early hours of 19 February 1980, Bon Scott, lead singer of the rock band AC/DC, left The Music Machine in Camden, London, with a man called Alistair Kinnear, whereupon he lost consciousness and was left to sleep in Alistair's Renault 5, parked outside Alistair's East Dulwich apartment. That evening, Bon's lifeless body was found, still in the car. He was pronounced dead on arrival at King's College Hospital.

Less than two months later, far away in the Caribbean, recording began on Back in Black, AC/DC's tribute to their fallen bandmate. Worldwide, it would go on to become the biggest selling rock album of all time.

The legend of the man known around the world simply as 'Bon' only grows with each passing year - in death the AC/DC icon has become a god to millions of people - but how much of his story is myth or pure fabrication, and how much of the real man do we know?

There have been books that claim to tell his story. They haven't even come close. Jesse Fink, author of the critically acclaimed international best seller The Youngs: The Brothers Who Built AC/DC, leaves no stone unturned for Bon: The Last Highway, a book years in the making that finally solves the riddle of the death of Bon Scott.

The 1977-1980 period forged the legend of AC/DC. There wasn't a harder working band in the music business. But, as Fink startlingly reveals, the relentless AC/DC machine was also threatening to come apart. Fink has answers to the nagging questions rock 'n' roll fans have been asking since 1980 and reveals secrets that will change music history. 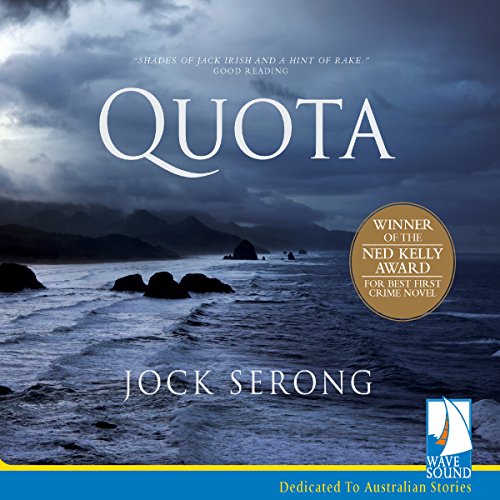 Charlie Jardim has just trashed his legal career in a spectacular courtroom meltdown, and his girlfriend has finally left him. So when a colleague slings him a prosecution brief for the remote coastal town of Dauphin, Charlie reluctantly agrees to go. The case is murder. The victim was involved in illegal abalone trading and even more illegal drug trafficking. And the witnesses aren't talking. As Dauphin closes ranks around him, Charlie finds his interest in the law powerfully reignited. 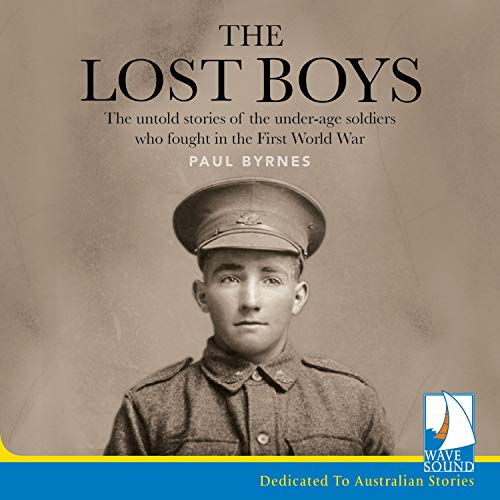 In the First World War of 1914-1918, thousands of boys across Australia and New Zealand lied about their age, forged a parentâs signature and left to fight on the other side of the world. Though some were as young as 13, they soon found they could die as well as any man. Like Peter Panâs lost boys, they have remained forever young. These are their stories. This extraordinary book captures the incredible and previously untold stories of 40 Anzac boys who fought in the First World War, from Gallipoli to the Armistice. These tales are both heartbreaking and rousing, full of daring, ingenuity, recklessness, random horror and capricious luck. A unique perspective on the First World War, The Lost Boys is military history made deeply personal, a powerful homage to youthful bravery and a poignant reminder of the sacrifice of war. 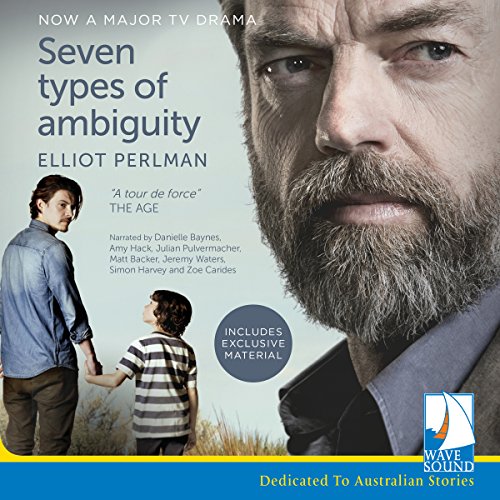 Following years of unrequited love, an out-of-work schoolteacher decides to take matters into his own hands to win back his ex-girlfriend, triggering a chain of events that neither he nor his psychiatrist could have anticipated. Told in seven parts, through the viewpoints of seven different characters, Seven Types of Ambiguity is an engrossing psychological thriller and a literary masterpiece.