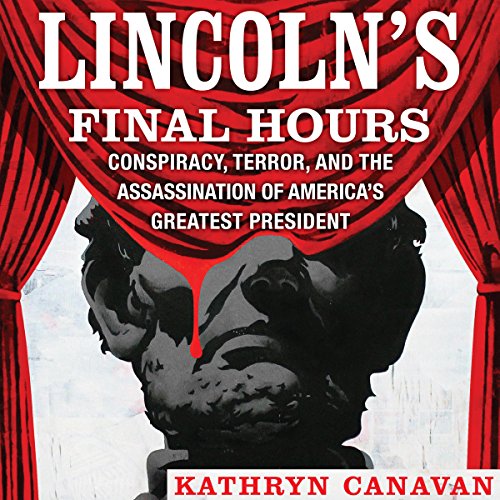 When John Wilkes Booth fired his Derringer point-blank into President Abraham Lincoln's head, he set in motion a series of dramatic consequences that would upend the lives of ordinary Washingtonians and Americans alike. In a split second, the story of a nation was changed. During the hours that followed, America's future would hinge on what happened in a cramped back bedroom at Petersen's Boardinghouse, directly across the street from Ford's Theatre. There, a 23-year-old surgeon - fresh out of medical school - struggled to keep the president alive while Mary Todd Lincoln moaned at her husband's bedside. In Lincoln's Final Hours, author Kathryn Canavan takes a magnifying glass to the last moments of the president's life and to the impact his assassination had on a country still reeling from a bloody civil war. With vivid, thoroughly researched prose and a reporter's eye for detail, this fast-paced account not only furnishes a glimpse into John Wilkes Booth's personal and political motivations, but also illuminates the stories of ordinary people whose lives were changed forever by the assassination. The book is published by University Press of Kentucky. 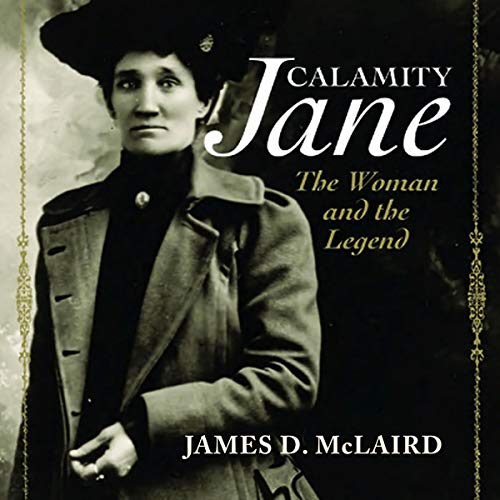 Calamity Jane: The Woman and the Legend

Forget Doris Day singing on the stagecoach. Forget Robin Weigerts gritty portrayal on HBOs Deadwood. The real Calamity Jane was someone the likes of whom youve never encountered. That is, until now.

This book is a definitive biography of Martha Canary, the woman popularly known as Calamity Jane. Written by one of todays foremost authorities on this notorious character, it is a meticulously researched account of how an alcoholic prostitute was transformed into a Wild West heroine.

Always on the move across the northern plains, Martha was more camp follower than the scout of legend. A mother of two, she often found employment as waitress, laundress, or dance hall girl and was more likely to be wearing a dress than buckskin. But she was hard to ignore when shed had a few drinks, and she exploited the aura of fame that dime novels created around her, even selling her autobiography and photos to tourists.

Gun toting, swearing, hard drinking - Calamity Jane was all of these, to be sure. But whatever her flaws or foibles, James D. McLaird paints a compelling portrait of an unconventional woman who more than once turned the tables on those who sought to condemn or patronize her. His book is a long-awaited biography of Martha Canary and the last word on Calamity Jane.

The book is published by University of Oklahoma Press. 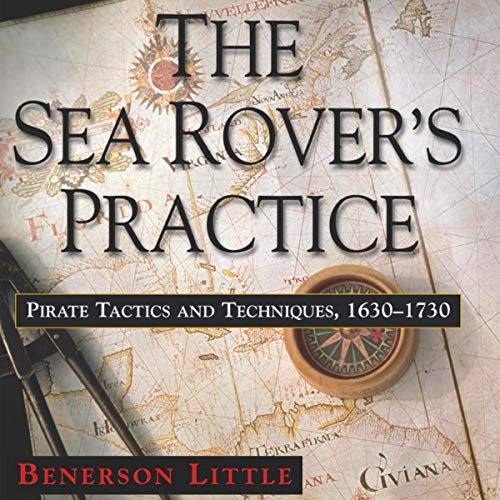 Successful sea rovers were careful practitioners of a complex profession that sought wealth by stratagem and force of arms. Drawn from the European tradition, yet of various races and nationalities, they raided both ship and town throughout much of the world from roughly 1630 until 1730. Using a variety of innovative tactics and often armed with little more than musket and grenade, many of these self-described "soldiers and privateers" successfully assaulted fortifications, attacked shipping from small craft, crossed the mountains and jungles of Panama, and even circumnavigated the globe. Successful sea rovers were often supreme seamen, soldiers, and above all, tacticians. It can be argued that their influence on certain naval tactics is felt even today.  The Sea Rover's Practice is the only audiobook that describes in exceptional detail the tactics of sea rovers of the period - how they actually sought out and attacked vessels and towns. Accessible to both the general and the more scholarly listener, it will appeal not only to those with an interest in piracy and in maritime, naval, and military history, but also to mariners in general, tall-ship and ship-modeling enthusiasts, tacticians and military analysts, listeners of historical fiction, writers, and the adventurer in all of us. The book is published by University of Nebraska Press. The audiobook is published by University Press Audiobooks. 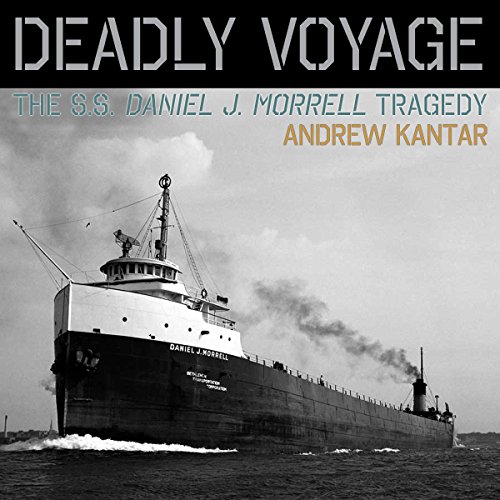 This is the harrowing story of one of the worst shipwrecks in Great Lakes history. In the early morning hours of November 29, 1966, the SS Daniel J. Morrell was caught in a deadly storm on Lake Huron. Waves higher than the ship crested over it, and winds exceeding 60 miles per hour whipped at its hull, splitting the 603-foot freighter into two giant pieces. Amazingly, after the bow went down, the stern blindly powered itself through the stormy seas for another five miles! Twenty-eight men drowned in the icy waters of Lake Huron, but one sailor - 26-year-old Dennis Hale - miraculously survived the treacherous storm. Wearing only boxer shorts, a lifejacket, and a pea coat, Hale clung to a life raft in near-freezing temperatures for 38 hours until he was rescued late in the afternoon of the following day. Three of his fellow crewmates died in his raft. In Deadly Voyage, Andrew Kantar recounts this tale of tragedy and triumph on Lake Huron. Informed by meticulous research and the eyewitness details provided by Hale, Kantar depicts one of the most tragic shipwrecks in Great Lakes history. The book is published by Michigan State University Press. 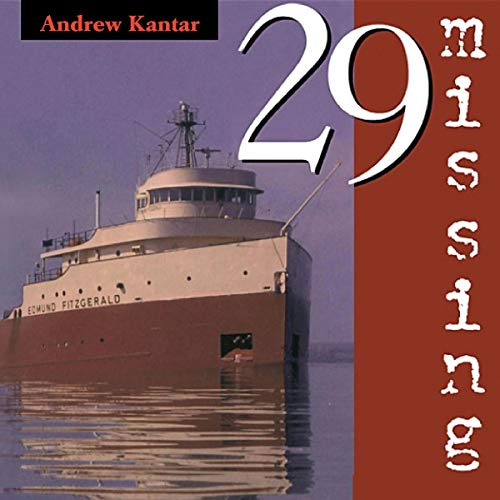 29 Missing: The True and Tragic Story of the Disappearance of the SS Edmund Fitzgerald

A read Michigan Notable Book for young adults. On November 10, 1975, SS Edmund Fitzgerald, a giant freighter, sank with its entire crew of 29 aboard, in one of the most violent storms ever witnessed on Lake Superior. In 29 Missing, Kantar tells the Fitz's story from the christening in 1958 as the largest ship on the Great Lakes to the expedition in 1995 to recover the ship's bell in what proved to be a moving memorial to the lost crew. Using information from government investigative reports, the audiobook provides a dramatic hour-by-hour account of what transpired during that terrible voyage, including dialogue from actual radio transmissions between the Fitzgerald and the Arthur Anderson, the freighter following the Fitz. Designed primarily for young adults but enjoyed by all ages, 29 Missing provides the facts leading up to the disappearance, detailing the subsequent expeditions to the wreck site as well as the leading theories about the sinking that have been debated by maritime experts. The book is published by Michigan State University Press. 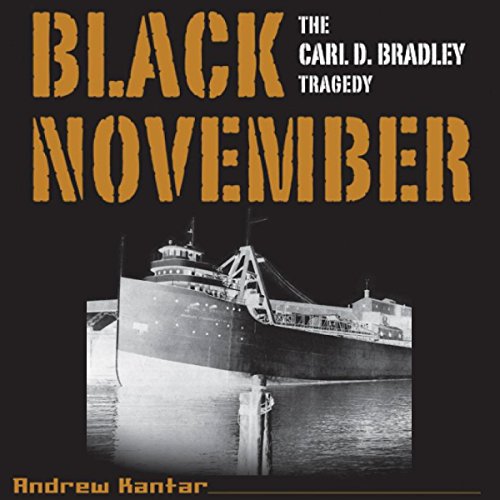 Nominated for 2007 Great Lakes Book Award and Finalist 2006 ForeWord Book of the Year On November 18, 1958, when the limestone carrier Carl D. Bradley broke up during a raging storm on Lake Michigan, it became the largest ship in Great Lakes' history to vanish beneath storm-tossed waves. Along with the Bradley, 33 crew members perished. Most of the casualties hailed from the little harbor town of Rogers City, Michigan, a community that was stung with grief when, in an instant, 23 women became widows and 53 children were left fatherless. Nevertheless, this is also a story of survival, as it recounts the tale of two of the ship's crew, whose 15-hour ordeal on a life raft, in gale-force winds and 25-foot waves, is a remarkable story of endurance and tenacity. Although the Carl D. Bradley has been called "the ship that time forgot", Black November recalls that tragic day more than 50 years ago and is a moving tribute to the ship and its crew. The book is published by Michigan State University Press.