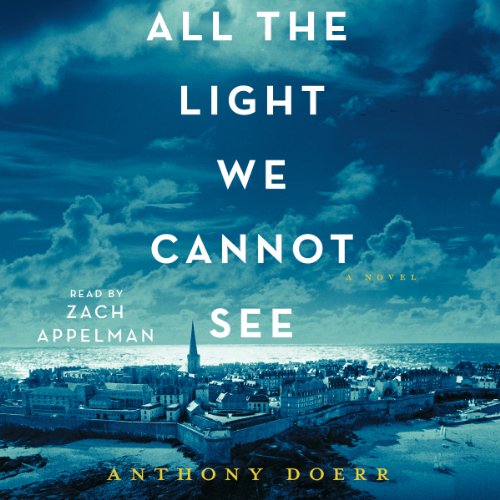 All the Light We Cannot See

Winner of the 2015 Audie Award for Fiction Marie-Laure lives with her father in Paris near the Museum of Natural History, where he works as the master of its thousands of locks. When she is six, Marie-Laure goes blind and her father builds a perfect miniature of their neighborhood so she can memorize it by touch and navigate her way home. When she is 12, the Nazis occupy Paris and father and daughter flee to the walled citadel of Saint-Malo, where Marie-Laures reclusive great-uncle lives in a tall house by the sea. With them they carry what might be the museums most valuable and dangerous jewel.  In a mining town in Germany, the orphan Werner grows up with his younger sister, enchanted by a crude radio they find. Werner becomes an expert at building and fixing these crucial new instruments, a talent that wins him a place at a brutal academy for Hitler Youth, then a special assignment to track the resistance. More and more aware of the human cost of his intelligence, Werner travels through the heart of the war and, finally, into Saint-Malo, where his story and Marie-Laures converge. 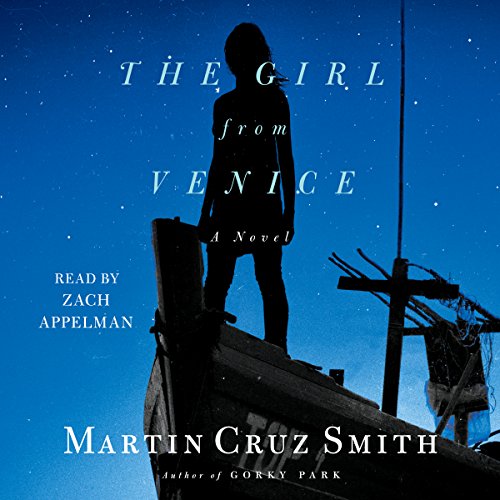 The Girl from Venice

A beautiful, heart-wrenching novel from the New York Times best-selling author of Tatiana and Gorky Park, set against the dangers of Italy in World War II as a young couple must outrun the Nazis to protect their forbidden love. Venice, 1944. The war may be waning, but the city is still occupied and people all over Europe fear the power of the Third Reich. One night, under a sky of brilliant stars, a poor fisherman named Cenzo comes across a girl's body floating in the lagoon. He carries her into his boat and soon discovers that she is very much alive and very much in trouble: Born to a wealthy Jewish family who has been captured and deported by the Nazis, Guilia is on the run after she was found hiding in a local hospital. Cenzo decides it's the right thing to do to help her escape, never anticipating an innocent act of chivalry would quickly turn to love as the two grow closer. Set against the beauty, mystery, and danger of World War II, The Girl from Venice is a sweeping and romantic love story from one of our most celebrated contemporary suspense writers. 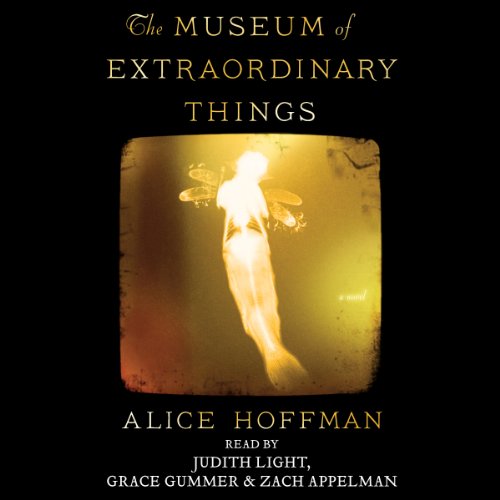 The Museum of Extraordinary Things

From the beloved, best-selling author of The Dovekeepers, a mesmerizing new novel about the electric and impassioned love between two vastly different souls in New York during the volatile first decades of the 20th century. Coney Island: Coralie Sardie is the daughter of the impresario behind The Museum of Extraordinary Things, a boardwalk freak show that amazes and stimulates the crowds. An exceptional swimmer, Coralie appears as the Mermaid in her father's "museum", alongside performers like the Wolfman, the Butterfly Girl, and a 100-year-old turtle. One night Coralie stumbles upon a striking young man photographing moonlit trees in the woods off the Hudson River. The dashing photographer is Eddie Cohen, a Russian immigrant who has run away from his father's Lower East Side Orthodox community and his job as an apprentice tailor. When Eddie captures with his camera the devastation on the streets of New York following the infamous Triangle Shirtwaist Factory fire, he becomes embroiled in the mystery behind a young woman's disappearance. New York itself becomes a riveting character as Hoffman weaves her magic, romance, and masterful storytelling to unite Coralie and Eddie in a sizzling, tender, and moving story of young love in tumultuous times. The Museum of Extraordinary Things is Hoffman at her most spellbinding. 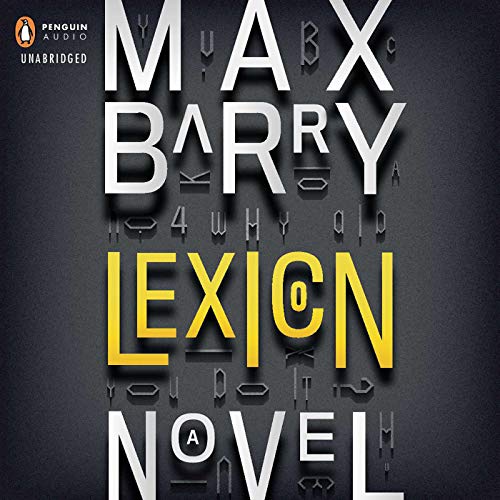 At an exclusive school somewhere outside of Arlington, Virginia, students aren't taught history, geography, or mathematics - at least not in the usual ways. Instead, they are taught to persuade. Here the art of coercion has been raised to a science. Students harness the hidden power of language to manipulate the mind and learn to break down individuals by psychographic markers in order to take control of their thoughts. The very best will graduate as "poets": adept wielders of language who belong to a nameless organization that is as influential as it is secretive. Whip-smart orphan Emily Ruff is making a living running a three-card Monte game on the streets of San Francisco when she attracts the attention of the organization's recruiters. She is flown across the country for the school's strange and rigorous entrance exams, where, once admitted, she will be taught the fundamentals of persuasion by Brontë, Eliot, and Lowell - who have adopted the names of famous poets to conceal their true identities. For in the organization, nothing is more dangerous than revealing who you are: Poets must never expose their feelings lest they be manipulated. Emily becomes the school's most talented prodigy until she makes a catastrophic mistake: She falls in love. Meanwhile, a seemingly innocent man named Wil Jamieson is brutally ambushed by two strange men in an airport bathroom. Although he has no recollection of anything they claim he's done, it turns out Wil is the key to a secret war between rival factions of poets and is quickly caught in their increasingly deadly crossfire. As the two narratives converge, the shocking work of the poets is fully revealed, the body count rises, and the world crashes toward a Tower of Babel event which would leave all language meaningless.