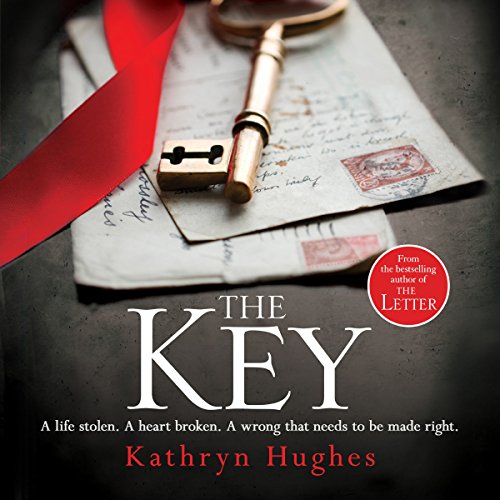 A hidden note. A lost love. A second chance....

From the number one best-selling author of The Letter, Kathryn Hughes, comes The Key, an unforgettable story of a heartbreaking secret that will stay with you for ever.

It's Ellen Crosby's first day as a student nurse at Ambergate Hospital. When she meets a young woman admitted by her father, little does Ellen know that a choice she will make is to change both their lives for ever....

Sarah is drawn to the now abandoned Ambergate. Whilst exploring the old corridors she discovers a suitcase belonging to a female patient who entered Ambergate fifty years earlier. The shocking contents, untouched for half a century, will lead Sarah to unravel a forgotten story of tragedy and lost love, and the chance to make an old wrong right. 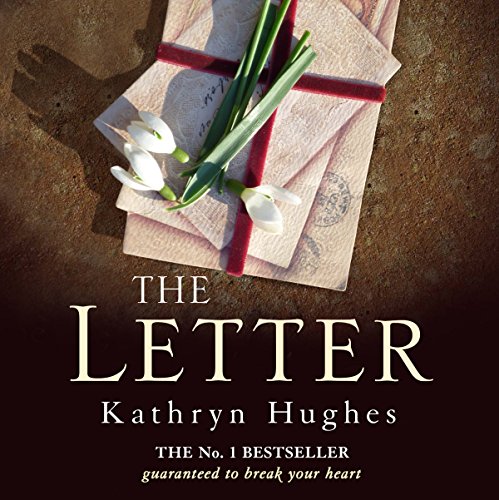 The Number One Kindle best seller guaranteed to break your heart. Every so often a love story comes along to remind us that sometimes, in our darkest hour, hope shines a candle to light our way. Discover the Number One best seller that has captured thousands of hearts worldwide.... Tina Craig longs to escape her violent husband. She works all the hours God sends to save up enough money to leave him, also volunteering in a charity shop to avoid her unhappy home. Whilst going through the pockets of a second-hand suit, she comes across an old letter, the envelope firmly sealed and unfranked. Tina opens the letter and reads it - a decision that will alter the course of her life for ever.... Billy Stirling knows he has been a fool, but hopes he can put things right. On 4th September 1939 he sits down to write the letter he hopes will change his future. It does - in more ways than he can ever imagine.... The Letter tells the story of two women, born decades apart, whose paths are destined to cross and how one woman's devastation leads to the other's salvation. 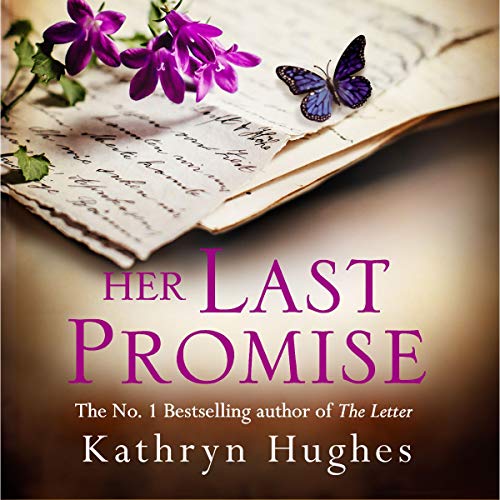 A mysterious letter from Spain. A surprising new beginning... Fall in love this summer with Her Last Promise, a gripping, heart-rending story of how hope can blossom in the ruins of tragedy and of the redeeming power of love. From number one best-selling author Kathryn Hughes. Tara Richards was just a girl when she lost her mother. Years later, when Tara receives a letter from a London solicitor, its contents shake her to the core. Someone has left her a key to a safe deposit box.  In the box lies an object that will change everything Tara thought she knew and lead her on a journey to deepest Spain in search of the answers that have haunted her for 40 years.    Violet Skye regrets her decision to travel abroad leaving her young daughter behind. As the sun dips below the mountains, she reminds herself she is doing this for their future. Tonight, 4th June 1978, will be the start of a new life for them. This night will indeed change Violet's destiny, in the most unexpected of ways.... 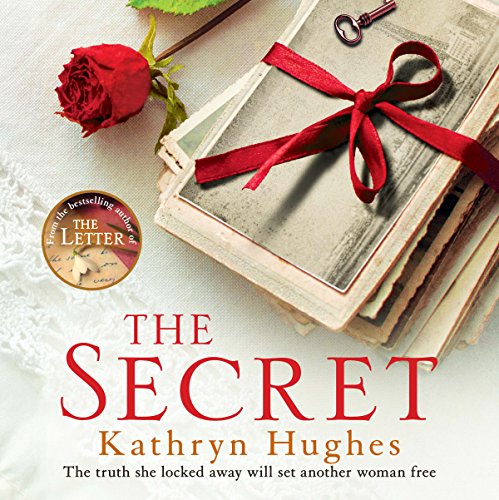 The best-selling author returns with her second novel, The Secret - a beautiful, tear-jerking novel which will be cherished by all those thousands of fans who lost their hearts to The Letter. From the Number One best-selling author of The Letter comes The Secret - a heart-breaking novel of tragedy, hope and second chances. Fans of Jojo Moyes and Amanda Prowse will love the moving human drama of Kathryn Hughes. Mary has been nursing a secret. Forty years ago, she made a choice that would change her world for ever, and alter the path of someone she holds dear. Beth is searching for answers. She has never known the truth about her parentage, but finding out could be the lifeline her sick child so desperately needs. When Beth finds a faded newspaper cutting amongst her mother's things, she realises the key to her son's future lies in her own past. She must go back to where it all began to unlock...the Secret. 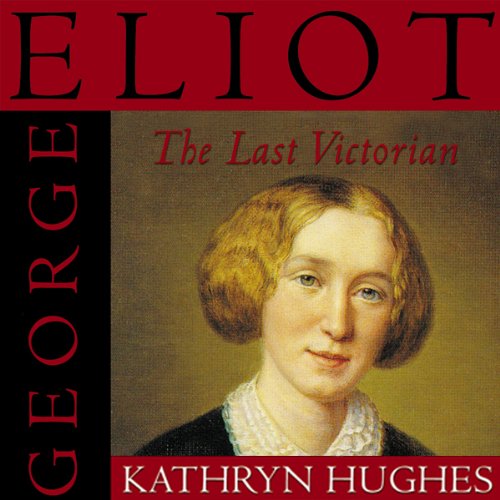 The daughter of a respectable self-made businessman, the middle-aged Eliot was cast into social exile when she began a scandalous liaison with married writer and scientist George Henry Lewes. Only her burgeoning literary success allowed her to overcome society's disapproval and eventually take her proper place at the heart of London's literary elite. The territory of her novels encompassed the entire span of Victorian society. Kathryn Hughes has wrought a balanced, sympathetic, and intensely engaging biography, the first to grapple equally with the personal dramas that shaped Eliot's psyche and with her broader social and intellectual milieu. A lively portrait emerges of a woman and writer by turns ambitious and insecure, cerebral and earthy, provocative and conservative - contradictions which not only express the spirit of Eliot's time, but speak eloquently to our own. 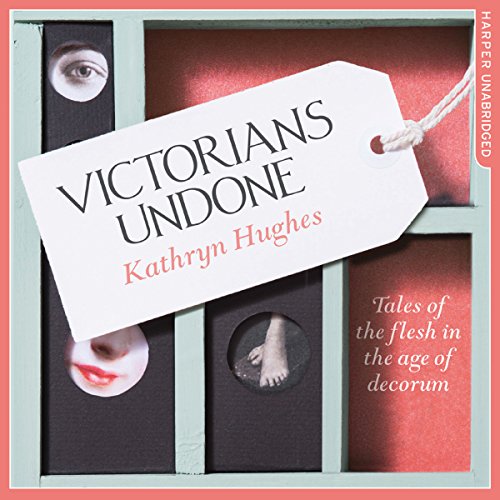 Victorians Undone: Tales of the Flesh in the Age of Decorum

A groundbreaking account of what it was like to live in a Victorian body from one of our best historians, author of The Short Life and Long Times of Mrs Beeton and George Eliot: The Last Victorian. Why did the great philosophical novelist George Eliot feel so self-conscious that her right hand was larger than her left? Exactly what made Darwin grow that iconic beard in 1862, a good five years after his contemporaries had all retired their razors? Who knew Queen Victoria had a personal hygiene problem as a young woman and the crisis that followed led to a hurried commitment to marry Albert? What did John Sell Cotman, a handsome drawing room operator who painted some of the most exquisite watercolours the world has ever seen, feel about marrying a woman whose big nose made smart people snigger? How did a working-class child called Fanny Adams disintegrate into pieces in 1867 before being reassembled into a popular joke, one we still reference today, but would stop, appalled, if we knew its origins? Kathryn Hughes follows a thickened index finger or deep baritone voice into the realms of social history, medical discourse, aesthetic practice and religious observance - its language is one of admiring glances, cruel sniggers, and an implacably turned back. The result is an eye-opening, deeply intelligent, groundbreaking account that brings the Victorians back to life and helps us understand how they lived their lives. 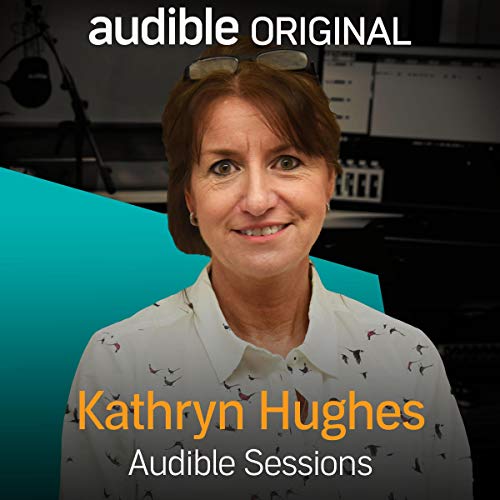 Kathryn Hughes joins Sophie Plateau in the Audible Studios to discuss her bestselling novel, The Secret.