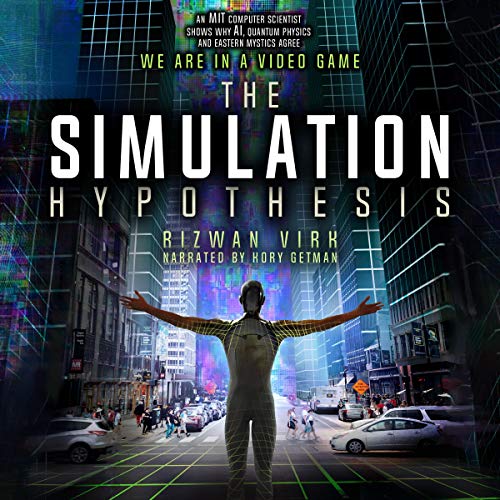 The Simulation Hypothesis: An MIT Computer Scientist Shows Why AI, Quantum Physics, and Eastern Mystics All Agree We Are in a Video Game

The Simulation Hypothesis, by best-selling author, renowned MIT computer scientist, and Silicon Valley video game designer Rizwan Virk, explains one of the most daring and consequential theories of our time. Drawing from research and concepts from computer science, artificial intelligence, video games, quantum physics, and referencing both speculative fiction and ancient eastern spiritual texts, Virk shows how all of these traditions come together to point to the idea that we may be inside a simulated reality like the Matrix. The Simulation Hypothesis is the idea that our physical reality, far from being a solid physical universe, is part of an increasingly sophisticated video game-like simulation, where we all have multiple lives, consisting of pixels with its own internal clock run by some giant Artificial Intelligence. Simulation theory explains some of the biggest mysteries of quantum and relativistic physics, such as quantum indeterminacy, parallel universes, and the integral nature of the speed of light. Theres a one in a billion chance we are not living in a simulation. (Elon Musk) I find it hard to argue we are not in a simulation. (Neil deGrasse Tyson) We are living in computer generated reality. (Philip K. Dick) Video game designer Riz Virk shows how the history and evolution of our video games, including virtual reality, augmented reality, artificial intelligence, and quantum computing could lead us to the point of being able to develop all encompassing virtual worlds like the Oasis in Ready Player One, or the simulated reality in The Matrix. While the idea sounds like science fiction, many scientists, engineers, and professors have given the simulation hypothesis serious consideration. But the simulation hypothesis is not just a modern idea. Philosophers and mystics of all traditions have long contended that we are living in some kind of illusion and that there are other realities which we can access with our minds. Whether you are a computer scientist, a fan of science fiction like The Matrix movies, a video game enthusiast, or a spiritual seeker, The Simulation Hypothesis touches on all these areas, and you will never look at the world the same way again! 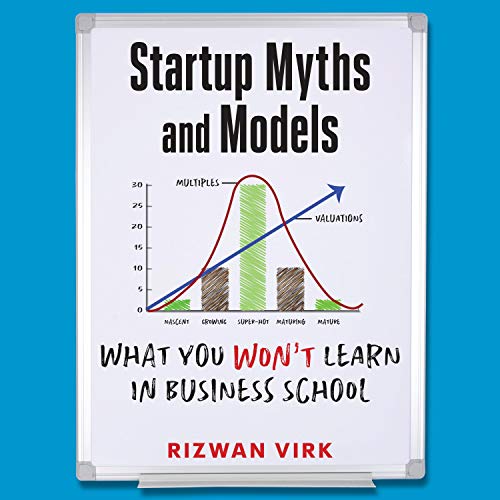 Budding entrepreneurs face a challenging road. The path is not made any easier by all the cliches they hear about how to make a start-up succeed - from platitudes and conventional wisdom to downright contradictions. This witty and wise guide to the dilemmas of entrepreneurship debunks widespread misconceptions about how the world of start-ups works and offers hard-earned advice for every step of the journey. Instead of start-up myths - legends spun from a fantasy version of Silicon Valley - Rizwan Virk provides start-up models - frameworks that help make thoughtful decisions about starting, growing, managing, and selling a business. Rather than dispensing simplistic rules, he mentors listeners in the development of a mental toolkit for approaching challenges based on how start-up markets evolve in real life. In snappy prose with savvy pop-culture and real-world examples, Virk recasts entrepreneurship as a grand adventure. He points out the pitfalls that appear along the way and offers insights into how to avoid them, sharing the secrets of founding a start-up, raising money, hiring and firing, when to enter a market and when to exit, and how to value a company.  PLEASE NOTE: When you purchase this title, the accompanying PDF will be available in your Audible Library along with the audio. 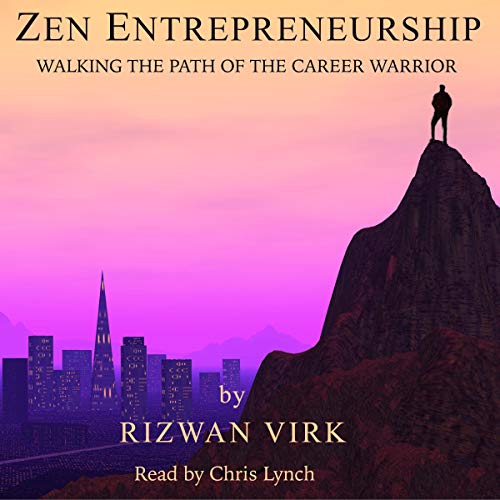 Tales of Power meets the Peaceful Warrior...in Silicon Valley! It's entertaining, humble, insightful and valuable - not just to entrepreneurs, but to anyone looking to manifest their dreams and make a difference in the world. (Foster Gamble, creator and host, Thrive: What on Earth Will It Take) You will come away with insight about yourself, guidanceand knowledge that you may not be able to acquire anywhere else save the mountaintops of the Himalayas. (Bookreview.com) Listen to Zen Entrepreneurship, the book that has inspired entrepreneurs and spiritual seekers worldwide!  Based on a true story, this book is about succeeding in life while walking a spiritual path. Follow the travels of a young entrepreneur as he starts and grows a multi-million-dollar business, only to discover that real success is tied to the hidden worlds and learn the secrets of being a career warrior.  This book is not just for entrepreneurs, but for anyone who wants to find their work and place in life, who want to bring more integrity into their work and be more successful personally and financially.  Zen Entrepreneurship will teach you the 14 hidden keys for success, including:  how to use your work for spiritual growth how to achieve success using the Four Keys to Manifestation how to discover and transcend your Energetic Pattern, rather than letting it run you how to bring the magic and mystery of a treasure hunt into your career. how to find the Seven Clues that are pointing you to the person you were meant to be! How to utilize your dreams and synchronicity to serve as your guide How to find and utilize Places of Power and Times of Power to be more successful How to manifest appropriately to propel you to financial and business success How to find and walk your own Warriors Path, the unique combination of lesson and contributions you are here for Zen Entrepreneurship changed my life, it confirmed for me that 'clues' exist in the world around us and are powerful. I shared this book with every one of my clients from that point forward. Powerful. A must read...it reinforces that there is a bigger guide within us if we choose to listen. (Lorin Beller, author of From Entrepreneur to Big Fish: 7 Principles of Wild Success) 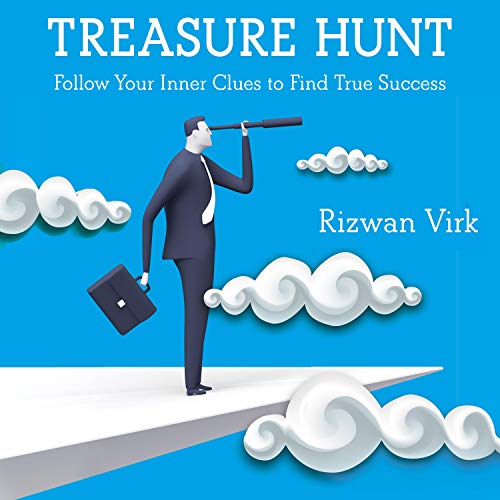 A Silicon Valley entrepreneur shares his off-beat tips to success in business and life  so you can get to the real treasure of the work you were meant to do. Have you ever wished you had a wise mentor who could tell you where to go next in your career or your life? Do you want an Obi-Wan Kenobi-type figure to guide you toward the right people and the right places? While he may not wield a light saber, Rizwan Virk  a Silicon Valley entrepreneur and investor  has plenty of tips and tricks that can help you achieve the success, happiness, and fulfillment you crave. In Treasure Hunt, Virk reveals how you can tune into the messages that are all around us. These messages  which take the form of synchronicity, hunches, gut feelings, visions, experiences of déjà vu, bodily sensations, and more  are like clues in our own personal treasure hunt. Whether these clues come from our inner mentor, our future selves, or our spiritual guides, they can help us to uncover our hidden treasure map, which shows us the work we were meant to do in this life and how to get there.  Virk also introduces the clue lifecycle and how using it can provide concrete guidance in our personal lives, jobs, career decisions, and investments. Turn your career into a treasure hunt and find true, meaningful success in the business and spiritual worlds.