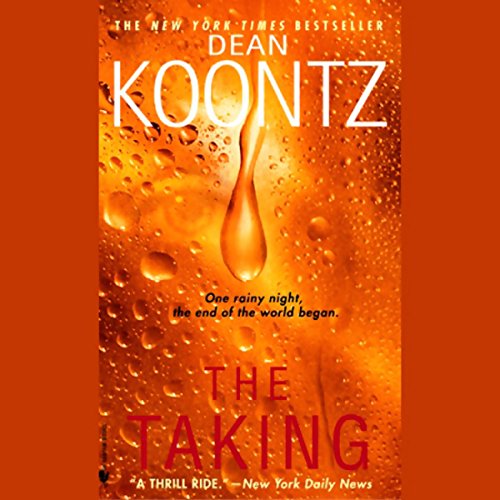 In one of the most dazzling books of his celebrated career, Dean Koontz delivers a masterwork of suspense that surpasses even his own inimitable reputation as a chronicler of our worst fears - and best dreams. In The Taking, he tells the story of a community cut off from a world under siege and the terrifying battle for survival waged by a young couple and their neighbors as familiar streets become fog-shrouded death traps. Gripping, heartbreaking, and triumphant in the face of mankindâs darkest hour, here is a small-town slice-of-doomsday thriller that strikes to the core of each of us to ask: What would you do in the midst of the Taking? On the morning that will mark the end of the world they have known, Molly and Neil Sloan awaken to the drumbeat of rain on their roof. It has haunted their sleep, invaded their dreams, and now they rise to find a luminous silvery downpour drenching their small California mountain town. A strange scent hangs faintly in the air, and the young couple cannot shake the sense of something wrong.Â Â  As hours pass and the rain continues to fall, Molly and Neil listen to disturbing news of extreme weather phenomena across the globe. Before evening, their little town loses television and radio reception. Then telephone and the Internet are gone. With the ceaseless rain now comes an obscuring fog that transforms the once-friendly village into a ghostly labyrinth. By nightfall the Sloans have gathered with some of their neighbors to deal with community damage...but also because they feel the need to band together against some unknown threat, some enemy they cannot identify or even imagine. In the night, strange noises arise, and at a distance, in the rain and the mist, mysterious lights are seen drifting among the trees. The rain diminishes with the dawn, but a moody gray-purple twilight prevails. Soon Molly, Neil, and their small band of friends will be forced to draw on reserves of strength, courage, and humanity they never knew they had. For within the misty gloom they will encounter something that reveals in a terrifying instant what is happening to their world - something that is hunting them with ruthless efficiency. Epic in scope, searingly intimate, and immediate in perspective, The Taking is an adventure story like no other, a relentless roller-coaster that brings apocalypse to Main Street and showcases the talents of one of our most original and mesmerizing novelists at the pinnacle of his powers.Â 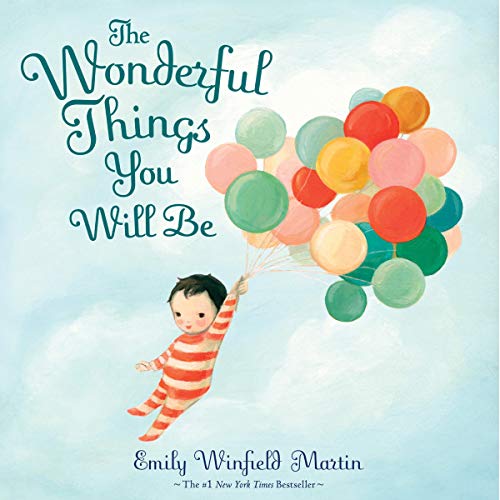 The Wonderful Things You Will Be

The New York Times best seller that celebrates the dreams, acceptance, and love that parents have for their children...now and forever! From brave and bold to creative and clever, Emily Winfield Martin's rhythmic rhyme expresses all the loving things that parents think of when they look at their children.Â  This is an audiobook grown-ups will love sharing over and over with kids - both young and old.Â Â  The Wonderful Things You Will Be has a loving and truthful message that will endure for lifetimes and makes a great gift for any occasion but a special stand-out for baby showers, birthdays, Easter, and graduation. 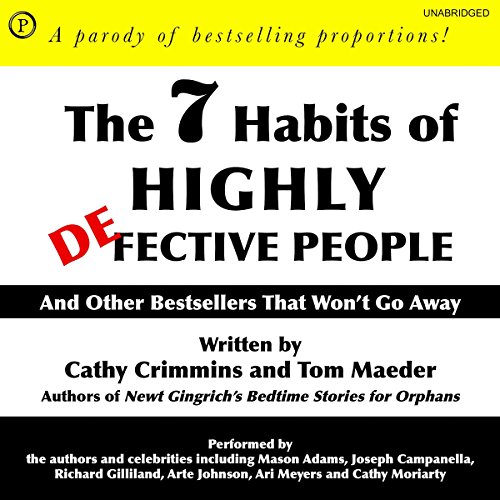 The 7 Habits of Highly Defective People

Better than CliffsNotes, funnier than Monarch Notes, and shorter than the originals - here is a collection of all the best sellers you've heard about! "The Fridges of Marin County": A hip California housewife finds brief happiness in the arms of an Iowa refrigerator "Embarrassed by the Light": A guide for people who are self-conscious about near-death experiences "A Year in Pompeii": Fond pre-Vesuvius anecdotes and recollections "Iron Tom": Help your neutered cat regain his masculinity "The 7 Habits of Highly Defective People": Annoying strategies for getting what you want "The 'Baby You're Hot' Zone": A deadly flesh-eating virus affects Hollywood agents "Listening to Pringles": A psychologist/grocer chronicles his experience in treating depressive patients with prescription junk food And more! 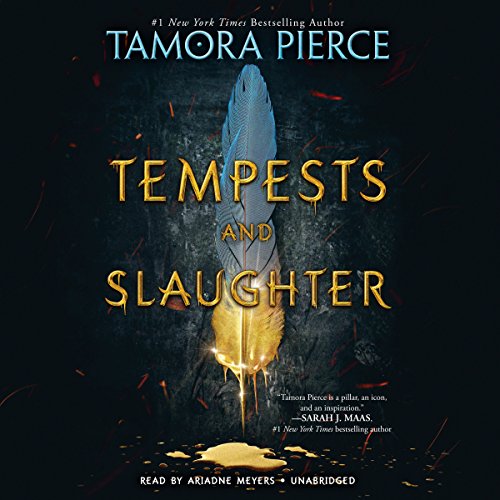 The new, highly anticipated Tortall Legend from Tamora Pierce, the number one New York Times best-selling author who is legend herself, is a must-listen for any fantasy lover! Arram. Varice. Ozorne. In the first book in the Numair Chronicles, three student mages are bound by fate...fated for trouble.... Arram Draper is on the path to becoming one of the realm's most powerful mages. The youngest student in his class at the Imperial University of Carthak, he has a gift with unlimited potential for greatness - and for attracting danger. At his side are his two best friends: Varice, a clever girl with an often-overlooked talent, and Ozorne, the "leftover prince" with secret ambitions. Together, these three friends forge a bond that will one day shape kingdoms. And as Ozorne gets closer to the throne and Varice gets closer to Arram's heart, Arram realizes that one day - soon - he will have to decide where his loyalties truly lie. In the Numair Chronicles, listeners will be rewarded with the never-before-told story of how Numair SalmalÃ­n came to Tortall. Newcomers will discover an unforgettable fantasy adventure where a kingdom's future rests on the shoulders of a talented young man with a knack for making vicious enemies.