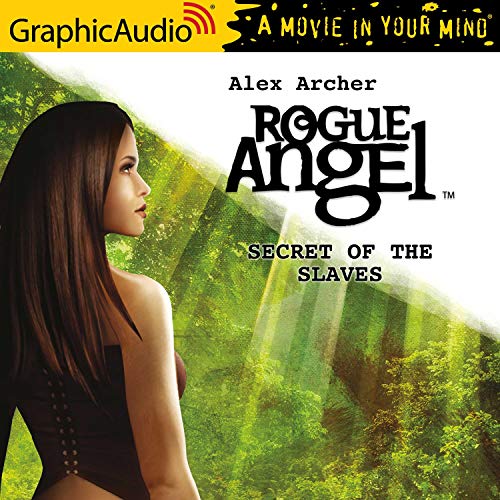 Secret of the Slaves [Dramatized Adaptation]

When archaeologist Annja Creed is hired to find the lost city of Promise in Brazil, she is more than intrigued. Legends abound of a magical place where slaves were rumored to have discovered the secret to eternal youth and life. But strangers are not welcome in Promise. Annja soon learns that the residents have gone to extreme lengths to guard their precious secret. Making her way from the steamy port of Belém to the brutal slums of Northeast Brazil, Annja faces unexpected peril, from poisoned arrows to Amazonian anacondas. As she navigates through a land where spirituality collides with the material world, Annja must distinguish between what is real and what is imagined for fear of making a wrong move. Because anyone or anything could be her enemy.  And she's getting too close.... Performed by Nanette Savard, Colleen Delany, Michael Glenn, Terence Aselford, Richard Rohan, David Coyne, Ken Jackson, James Lewis, Sunny Lasskey, MB Van Dorn, Arianne Parker, Thomas Penny, Christopher Graybill, Nathanial Perry, Mort Shelby. 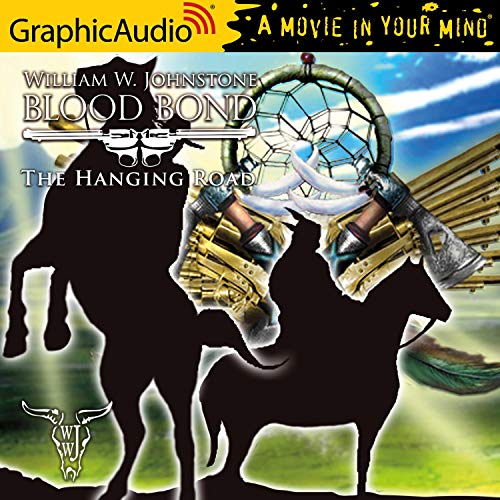 Young Matt Bodine and Sam Two Wolves became blood brothers on the day the ranchers son saved the halfbreeds life, forging a bond no one could ever break. As years passed, a legend grew of the breed and the white man who rode together  and who could jerk killing iron with the best of them.... Matt and Sam never could refuse a damsel in distress, so a whole coach load of lovelies, lead by the fetching Charity McKenzie, seems like a gift from heaven. But if it looks too good to be true, it usually is  and in short order the blood will start to flow. Matt and Sam rush in anyway and faster than you can say soiled doves, theyre up to their necks in trouble.  Soon its an all-out war that nearly levels a frontier town, where Bodine and Two Wolves face new enemies and run into an old foe they never thought theyd see again. And the sweet, lovely Charity McKenzie is the busiest  and deadliest  bee in the hornets nest. Performed by Thomas Penny, Dylan Lynch, James Lewis, Sunny Lasskey, Arianne Parker, Andy Clemence, Terence Aselford, Michael John Casey, David Coyne, Eric Messner, James Konicek, Ken Jackson, Richard Rohan, Karen Carbone, MB Van Dorn, Nanette Savard, Mort Shelby. 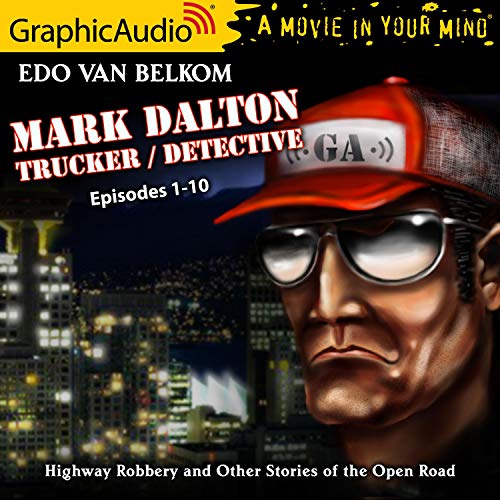 Highway Robbery and Other Tales of the Open Road [Dramatized Adaptation]

Mark Dalton is a truck driver and a detective and he takes you on the open road for stories of action and adventure with his sarcastic sense of humor. The scenarios are realistic and Mark Dalton is your average guy just trying to make a living in the midst of it all. Spurned by the discovery of his wifes infidelities, Mark Dalton hangs up his hat as a private detective and heads out on the open road as an owner/operator. But his talents for solving crimes come to quick use as he encounters hitchhikers with shady pasts, goods smuggled across the border and a murder at a movie shoot where almost everyone is a suspect. All part of his adventures in Highway Robbery and Other Tales of the Open Road.  This product includes 10 episodes: "Hitting the Road", "Highway Robbery", "Off-Loaded", "In for Repair", "Murder on Site", "Just in Time", "The Dispatcher", "Drivers of the Purple Rage", "Unaccustomed", "Death Rides a Semi". Performed by David Coyne; Arianne Parker.