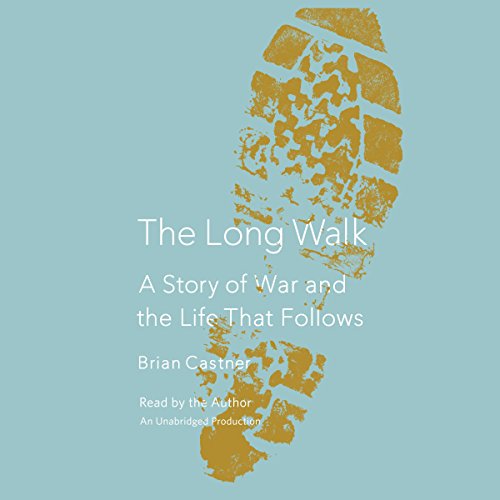 In the tradition of Michael Herr's Dispatches and works by such masters of the memoir as Mary Karr and Tobias Wolff, a powerful account of war and homecoming that grabs readers by the throat even as it touches their hearts. Brian Castner served three tours of duty in the Middle East, two of them as the commander of an Explosive Ordnance Disposal unit in Iraq. Days and nights he and his team - his brothers - would venture forth in heavily armed convoys from their Forward Operating Base to engage in the nerve-racking yet strangely exhilarating work of either disarming the deadly improvised explosive devices that had been discovered, or picking up the pieces when the alert came too late. They relied on an army of remote-controlled cameras and robots, but if that technology failed, a technician would have to don the eighty-pound Kevlar suit, take the Long Walk up to the bomb, and disarm it by hand. This lethal game of cat and mouse was, and continues to be, the real war within America's wars in Iraq and Afghanistan. But The Long Walk is not just about battle itself. It is also an unflinching portrayal of the toll war exacts on the men and women who are fighting it. When Castner returned home to his wife and family, he began a struggle with a no less insidious foe, an unshakable feeling of fear and confusion and survivor's guilt that he terms The Crazy. His thrilling, heartbreaking, stunningly honest book immerses the reader in two harrowing and simultaneous realities: the terror and excitement and camaraderie of combat, and the lonely battle against the enemy within - the haunting memories that will not fade, the survival instincts that will not switch off. After enduring what he has endured, can there ever again be such a thing as "normal"? The Long Walk will hook you from the very first sentence, and it will stay with you long after its final gripping page has been turned. 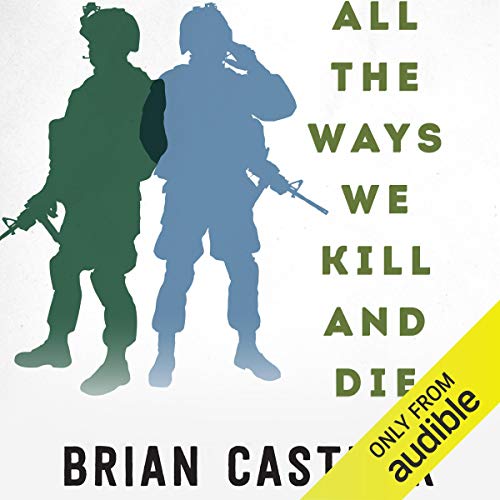 All the Ways We Kill and Die

The search for a friend's killer is a riveting lesson in the way war has changed. The EOD - explosive ordnance disposal - community is tight-knit, and when one of their own is hurt, an alarm goes out. When Brian Castner, an Iraq War vet, learns that his friend and EOD brother Matt has been killed by an IED in Afghanistan, he goes to console Matt's widow, but he also begins a personal investigation. Is the bomb maker who killed Matt the same man American forces have been hunting since Iraq, known as the Engineer? In this nonfiction thriller, Castner takes us inside the manhunt for this elusive figure, meeting maimed survivors, interviewing the forensics teams who gather post-blast evidence, the wonks who collect intelligence, the drone pilots and contractors tasked to kill. His investigation reveals how warfare has changed since Iraq, becoming individualized even as it has become hi-tech, with our drones, bomb disposal robots, and CSI-like techniques. As we use technology to identify, locate, and take out the planners and bomb makers, the chilling lesson is that the hunters are also being hunted, and the other side - from Al-Qaeda to ISIS - has been selecting its own high-value targets. 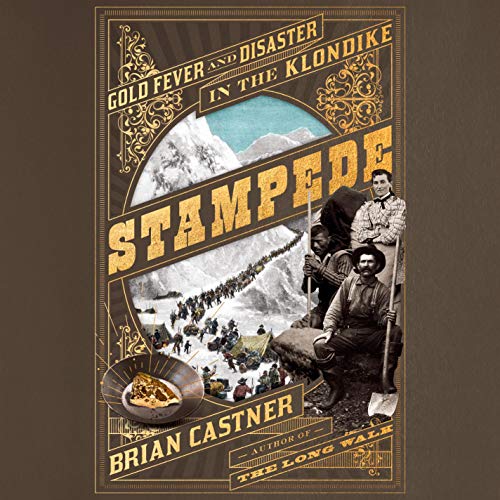 A gripping and wholly original account of the epic human tragedy that was the great Klondike Gold Rush of 1897-98. One hundred thousand men and women rushed heedlessly north to make their fortunes; very few did, but many thousands of them died in the attempt. In 1897, the United States was mired in the worst economic depression that the country had yet endured. So when all the newspapers announced gold was to be found in wildly enriching quantities at the Klondike River region of the Yukon, a mob of economically desperate Americans swarmed north. Within weeks tens of thousands of them were embarking from western ports to throw themselves at some of the harshest terrain on the planet - in winter yet - woefully unprepared, with no experience at all in mining or mountaineering. It was a mass delusion that quickly proved deadly: avalanches, shipwrecks, starvation, murder. Upon this stage, author Brian Castner tells a relentlessly driving story of the gold rush through the individual experiences of the iconic characters who endured it. A young Jack London, who would make his fortune but not in gold. Colonel Samuel Steele, who tried to save the stampeders from themselves. The notorious gangster Soapy Smith, goodtime girls and desperate miners, Skookum Jim, and the hotel entrepreneur Belinda Mulrooney. The unvarnished tale of this mass migration is always striking, revealing the amazing truth of what people will do for a chance to be rich. 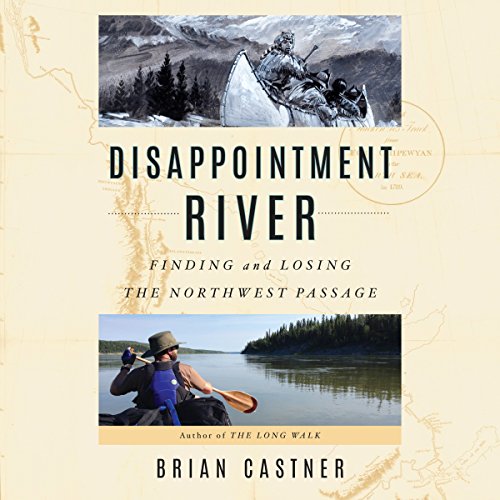 In 1789, Alexander Mackenzie traveled the 1,125 miles of the immense river in Canada that now bears his name, in search of the fabled Northwest Passage, only to confront impassable pack ice. In 2016 the acclaimed memoirist Brian Castner retraced Mackenzie's route by canoe in a grueling journey - and discovered the passage he could not find.Â  Disappointment River is a dual historical narrative and travel memoir that at once transports listeners back to the heroic age of North American exploration and places them in a still rugged but increasingly fragile Arctic wilderness in the process of profound alteration by the dual forces of energy extraction and climate change. Eleven years before Lewis and Clark, the Scottish explorer Alexander Mackenzie actually crossed the North American continent with a team of voyageurs and Indian guides. Before that he was the first to discover a route to the Arctic Ocean from the Great Lakes, along the river he named Disappointment because he believed he'd failed in his mission to find a trade route to the riches of the East. In fact he had - he was just two-plus centuries early.Â  In this book, Brian Castner not only retells the story of Mackenzie's epic voyages in vivid prose, he personally retraces his travels in an 1,125 mile canoe voyage down the river that bears his name, battling exhaustion, exposure, mosquitoes, white-water rapids, and the threat of bears. He transports listeners to a world rarely glimpsed in the media, of tar sands, thawing permafrost, remote Native American villages, and, at the end, a wide open Arctic Ocean that is quickly becoming a far-northern Mississippi of barges and pipelines and oil money.Â