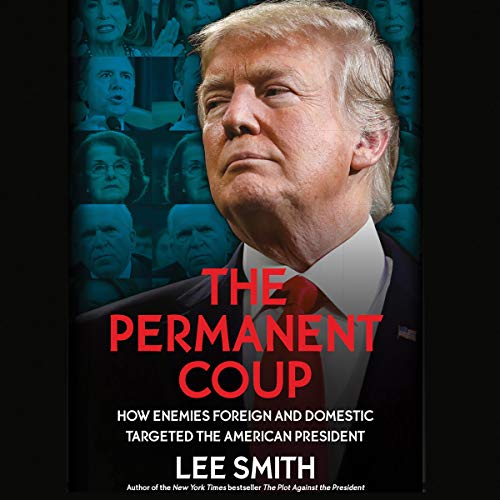 From the phony Russia collusion narrative to the coordinated riots laying waste to US cities, it's the same ongoing operation orchestrated by the left and targeting not just President Trump but hundreds of millions of Americans who revere their country and what it stands for. For the first time, crusading investigative journalist Lee Smith reveals who was responsible and the never before known involvement of Barack Obama, Joe Biden, and senior military officials who engineered a coup against a sitting president. Beginning in late 2015, political operatives, intelligence officials, and the press pushed a conspiracy theory about Trump - he was a Russian asset and spied on his campaign and his presidency in order to undo an election. Because the ultimate goal of the anti-Trump operation is not simply to topple the president but rather to change the character and constitution of the country, the Deep State's machinations didn't stop even after Trump was cleared of charges of "colluding" with Moscow. Their efforts became even more fierce, more desperate, and more divisive, threatening to scar America permanently. In their zeal to bring down President Trump, Deep State conspirators had unwittingly revealed the origins of the anti-Trump operation and exposed corruption at the very highest levels of the Democratic party - including former Vice President Biden and his boss, Barack Obama. Lee Smith brings to this story the same incisive reporting and commentary that distinguished his runaway best seller, The Plot Against the President. His investigation, identifying crimes and abuses committed by senior US officials, was later confirmed by a major Department of Justice report. For The Permanent Coup, Smith again enjoys unrivaled and exclusive access to the main players defending America and uncovering Deep State crimes - including Congressman Devin Nunes and the president's personal lawyer, Rudy Giuliani. 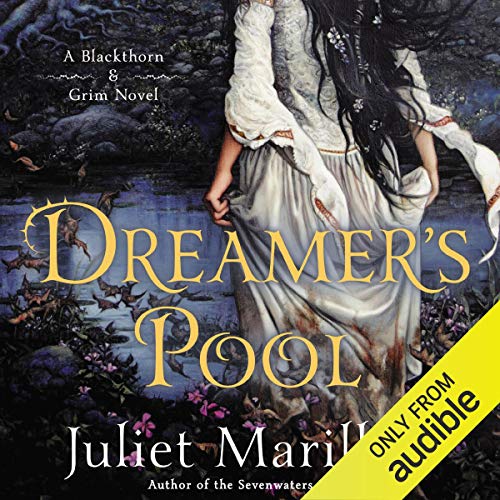 Award-winning author Juliet Marillier "weaves magic, mythology, and folklore into every sentence on the page" (The Book Smugglers). Now she begins an all-new and enchanting series that will transport readers to a magical vision of ancient Ireland... In exchange for help escaping her long and wrongful imprisonment, embittered magical healer Blackthorn has vowed to set aside her bid for vengeance against the man who destroyed all that she once held dear. Followed by a former prison mate, a silent hulk of a man named Grim, she travels north to Dalriada. There she'll live on the fringe of a mysterious forest, duty bound for seven years to assist anyone who asks for her help. Oran, crown prince of Dalriada, has waited anxiously for the arrival of his future bride, Lady Flidais. He knows her only from a portrait and sweetly poetic correspondence that have convinced him Flidais is his destined true love. But Oran discovers letters can lie. For although his intended exactly resembles her portrait, her brutality upon arrival proves she is nothing like the sensitive woman of the letters. With the strategic marriage imminent, Oran sees no way out of his dilemma. Word has spread that Blackthorn possesses a remarkable gift for solving knotty problems, so the prince asks her for help. To save Oran from his treacherous nuptials, Blackthorn and Grim will need all their resources: courage, ingenuity, leaps of deduction, and more than a little magic. 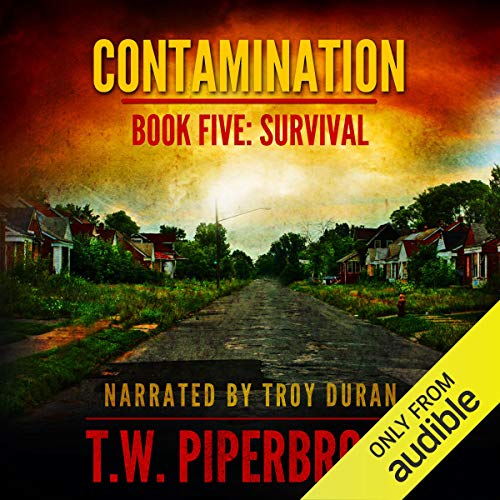 Ever since leaving the salvage yard, Noah Chambers has been plagued by the infected and hunted by the men who patrol the streets. In order to survive, he'll need to summon strength he never imagined. In a world gone mad, no one is safe. 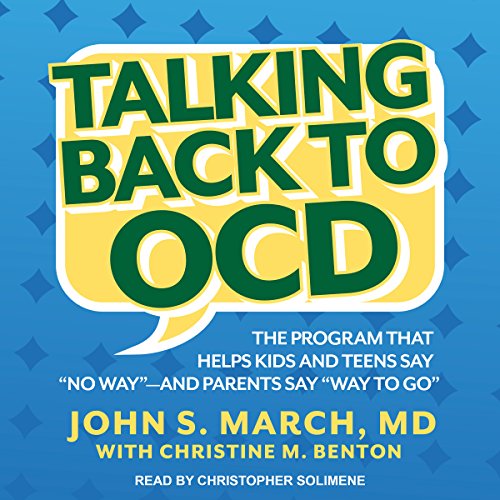 Talking Back to OCD

No one wants to get rid of obsessive-compulsive disorder more than someone who has it. That's why Talking Back to OCD puts kids and teens in charge. Dr. John March's eight-step program has already helped thousands of young people show the disorder that it doesn't call the shots - they do. This uniquely designed volume is really two books in one. Each chapter begins with a section that helps kids and teens zero in on specific problems and develop skills they can use to tune out obsessions and resist compulsions. Talking Back to OCD shows parents how to be supportive without getting in the way. The next time OCD butts in, your family will be prepared to boss back - and show an unwelcome visitor to the door. PLEASE NOTE: When you purchase this title, the accompanying reference material will be available in your Library section along with the audio. 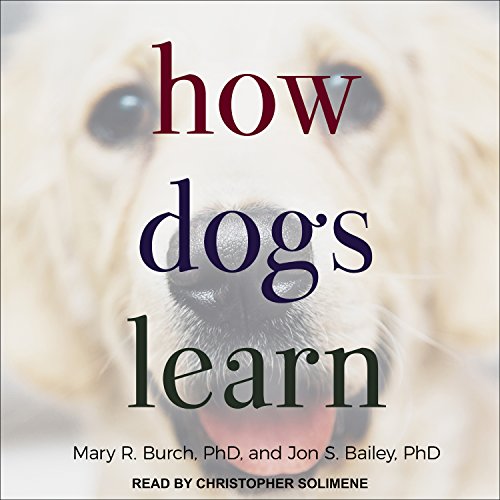 This book explores the fascinating science of operant conditioning, where science and dog training meet. How Dogs Learn discusses the basic principles of behavior and how they can be used to teach your dog new skills, diagnose problems, and eliminate unwanted behaviors. It's for anyone who wants to better understand the learning process in dogs. Every concept is laid out clearly and precisely, and its relevance to your dog and how you train is explained. PLEASE NOTE: When you purchase this title, the accompanying reference material will be available in your Library section along with the audio. 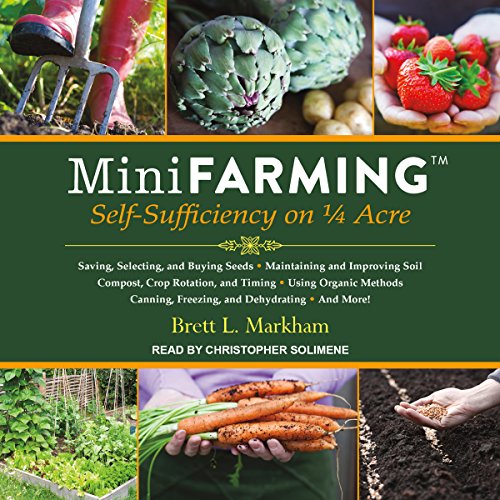 Mini Farming describes a holistic approach to small-area farming that will show you how to produce 85 percent of an average family's food on just a quarter acre - and earn $10,000 in cash annually while spending less than half the time that an ordinary job would require. Even if you have never been a farmer or a gardener, this book covers everything you need to know to get started: buying and saving seeds, starting seedlings, establishing raised beds, soil fertility practices, composting, dealing with pest and disease problems, crop rotation, farm planning, and much more. Because self-sufficiency is the objective, subjects such as raising backyard chickens and home canning are also covered along with numerous methods for keeping costs down and production high. PLEASE NOTE: When you purchase this title, the accompanying reference material will be available in your Library section along with the audio. 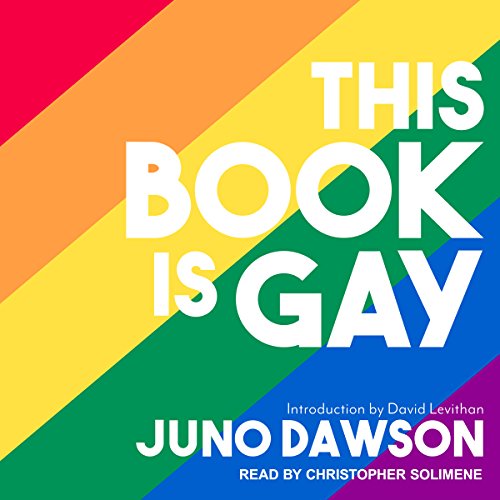 This Book Is Gay

Lesbian. Bisexual. Queer. Transgender. Straight. Curious. This book is for everyone, regardless of gender or sexual preference. This book is for anyone who's ever dared to wonder. This book is for you. There's a long-running joke that after "coming out", a lesbian, gay guy, bisexual, or trans person should receive a membership card and instruction manual. This is that instruction manual. You're welcome. In it you'll find the answers to all the questions you ever wanted to ask: from sex to politics and hooking up to stereotypes, coming out, and more. This candid, funny, and uncensored exploration of sexuality and what it's like to grow up LGBT also includes real stories from people across the gender and sexual spectrums. You will be entertained. You will be informed. But most importantly, you will know that however you identify (or don't) and whomever you love, you are exceptional. You matter. And so does this book. 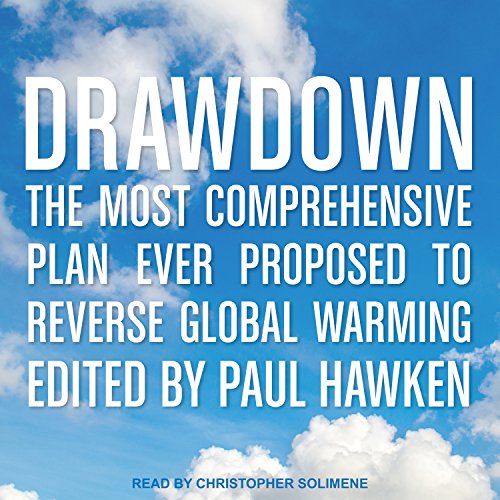 The 100 most substantive solutions to reverse global warming, based on meticulous research by leading scientists and policymakers around the world. In the face of widespread fear and apathy, an international coalition of researchers, professionals, and scientists have come together to offer a set of realistic and bold solutions to climate change. One hundred techniques and practices are described here - some are well known; some you may have never heard of. They range from clean energy to educating girls in lower-income countries to land use practices that pull carbon out of the air. The solutions exist, are economically viable, and communities throughout the world are currently enacting them with skill and determination. If deployed collectively on a global scale over the next 30 years, they represent a credible path forward, not just to slow the Earth's warming but to reach drawdown, that point in time when greenhouse gases in the atmosphere peak and begin to decline. These measures promise cascading benefits to human health, security, prosperity, and well-being - giving us every reason to see this planetary crisis as an opportunity to create a just and livable world. 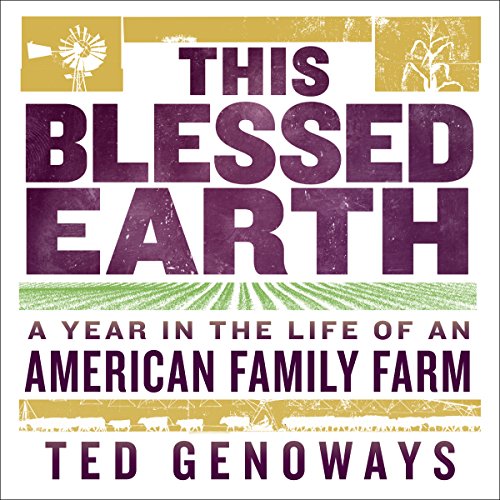 The family farm lies at the heart of our national identity, and yet its future is in peril. Rick Hammond grew up on a farm, and for 40 years he has raised cattle and crops on his wife's fifth-generation homestead in Nebraska, in hopes of passing it on to their four children. But as the handoff nears, their small family farm - and their entire way of life - are under siege. Beyond the threat posed by rising corporate ownership of land and livestock, the Hammonds are confronted by encroaching pipelines, groundwater depletion, climate change, the fickle demands of the marketplace, and shifting trade policies. Following the Hammonds from harvest to harvest, Ted Genoways explores the rapidly changing world of small, traditional farming operations. He creates a vivid and nuanced portrait of a radically new landscape and one family's fight to preserve their legacy and the life they love. 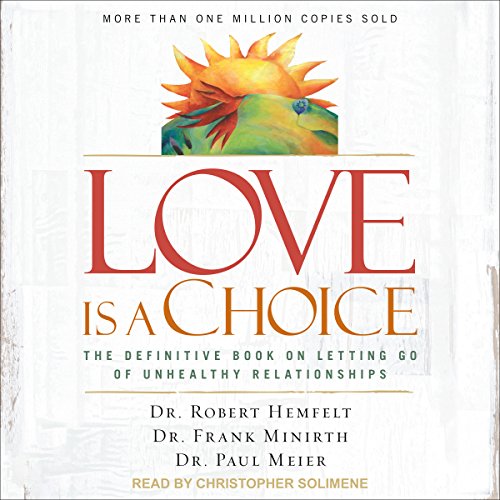 Love Is a Choice

In Love Is a Choice, best-selling doctors Robert Hemfelt, Frank Minirth, and Paul Meier walk you through their 10 proven stages to recovery from codependency that results from external circumstances. Humans are susceptible to codependency because of our sinful tendency to use defense mechanisms to fool ourselves. In codependent relationships, deceitful games are played, and important Christian principles are often taken out of context and abused. God wants us to have healthy relationships with a balance between being dependent and independent. The doctors describe how the most effective means of overcoming codependent relationships is to establish or deepen a relationship with Christ himself. They describe the causes of codependency, pointing out the factors that perpetuate it, and lead listeners through their 10 stages of recovery.