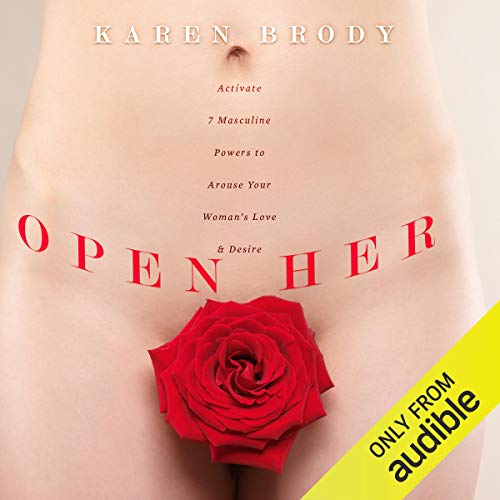 Open Her teaches a man how to embody seven masculine archetypes to engage his woman in a deeper, more passionate dance of love. Each archetype brings a power and a gift, a secret key to his woman's love and desire. Open Her will inspire a man to love his masculinity and to know the power it holds to open a woman to ever deepening states of pleasure and love. PLEASE NOTE: When you purchase this title, the accompanying PDF will be available in your Audible Library along with the audio. 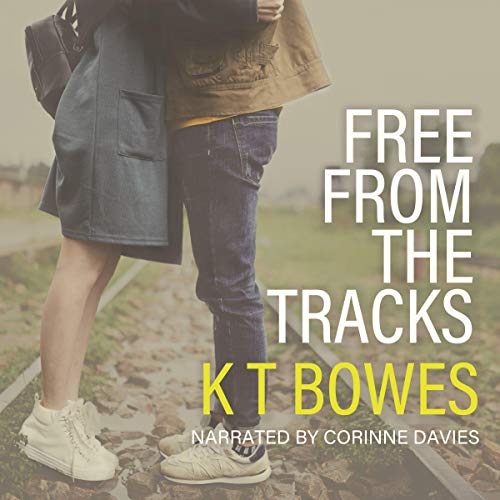 Free from the Tracks

A girl with secrets. A bad boy in trouble. A community out to get them. Sophias lifelong mission is to avoid trouble. Its safer that way. If you dont get noticed, trouble leaves you alone. A few short months ago she had the perfect family, but not anymore. As she nurses a painful secret, home and school implode around her and trouble comes knocking. Trouble has a name and a face. And troubles going to get her killed. Driven out of her friendship group, Sophia finds comfort in all the wrong places. The secret she keeps will tear her world apart and its easier to become involved in someone elses problems than face her own. Stepping out of her seemingly perfect life and model home, she finds a whole other world on her doorstep. Is it possible to sit in class with someone for four years without seeing their hunger, the holes in their shoes or the bruises on their body? And once you know, what can you do? 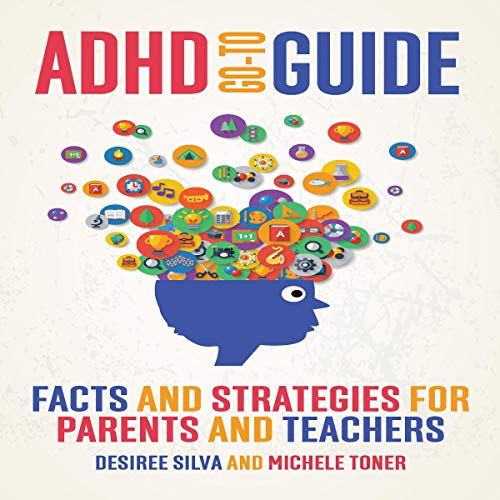 Attention deficit hyperactivity disorder (ADHD) is the most common mental health condition in children and is present in most countries around the world. Although there is an abundance of literature on ADHD with plenty of scientific information, this condition remains controversial and often underdiagnosed. Many guides have been made for parents about ADHD, but most of them are quite scientific. They can be difficult to navigate, especially if you are a parent with some symptoms of ADHD yourself. This audiobook is a go-to guide for parents and teachers, providing up-to-date knowledge in a simple, easy-to-listen-to format. It is filled with information your doctor would like to provide but is often unable to do so in the limited appointment times available. This audiobook also gives a framework and practical tips for how you can manage and advocate for your child in different settings, with or without medication. It summarizes evidence to date for medication and alternative therapies, examines commonly held beliefs about ADHD, and debunks myths. This audiobook has been narrated by a developmental pediatrician (Desiree Silva) and an ADHD coach (Michele Toner), both of whom are passionate about improving the lives of children with ADHD and their families. They both have more than 20 years of experience in the field and recognize the need for this practical guide. Allied health workers, general practitioners, and others who have contact with these wonderful children will also benefit from the information in this guide. 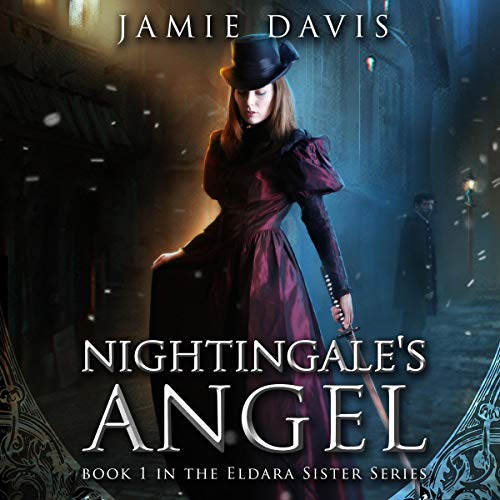 An angel, a valkyrie, and a vampire army in the 1850s Crimea. Someone is harvesting souls from the battlefields of the Crimea, turning dying soldiers into a vampire army. The leaders of nearby Constantinople are calling in the hunter clans to cleanse their city, even if it means killing all the law-abiding creatures living among their human neighbors.  British nurse Florence Nightingale summons her old friend, an angel and fellow nurse, to find the source of the vampires in her hospital. Ashley Moore, together with her valkyrie sister, Ingrid, begins the hunt for clues. They must track down the rogue vampire and stop him before it's too late.  This spinoff from the best-selling Extreme Medical Services series by author Jamie Davis is an exciting look at the past of angel Ashley Moore. Ashley travels through history, helping the best healers in each age bridge the gap between the human and paranormal worlds.  Click now to buy The Nightingale's Angel. 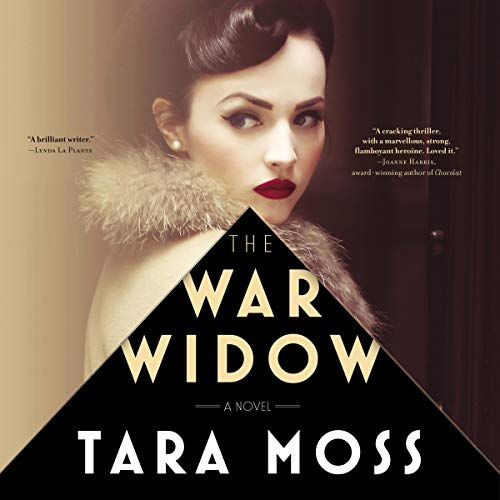 The war may be officially over, but journalist Billie Walker's search for a missing young German immigrant plunges her right back into the danger and drama she thought she'd left behind in Europe.  A thrilling tale of courage and secrets set in glamorous post-war Sydney.  Sydney, Australia, 1946. Though war correspondent Billie Walker is happy to finally be home, the heady post-war days are tarnished by the death of her father and the disappearance in Europe of her husband, Jack. To make matters worse, now that the war is over, the newspapers are sidelining her reporting talents to prioritize jobs for returning soldiers. But Billie is a survivor and she's determined to take control of her own future. She reopens her late fathers business, a private investigation agency, and slowly, the women of Sydney come knocking. At first, Billie's bread and butter is tailing cheating husbands. Then a young man, the son of European immigrants, goes missing, and Billie finds herself on a dangerous new trail that will lead to the highest levels of Sydney society as well as the city's underworld.  What is the young man's connection to an exclusive dance club and a high-class auction house? When the people she questions start to turn up dead, Billie is thrown into the path of Detective Inspector Hank Cooper. Will he take her seriously or just get in her way?   As the danger mounts and Billie realizes how much is at stake, it becomes clear that although the war was won, it is far from over. 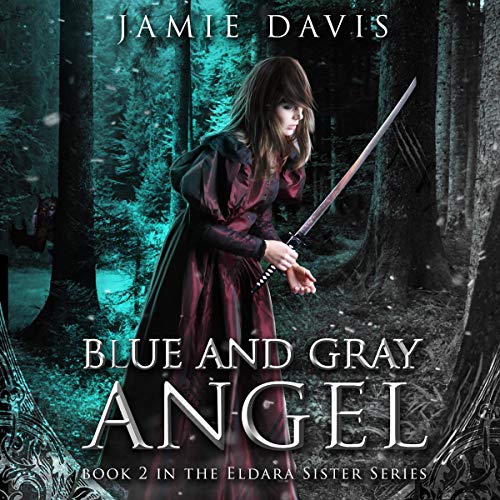 Rebel werewolves, a Civil War, and angelic sisters. Rebel werewolves threaten to change Civil War history unless two angels save the day. Journey back to 1862 Virginia where Eldara angel Ashley Moore and her Valkyrie sister take on a rogue pack of werewolves that threatens to expose the creatures of myth and legend living in human communities across a nation at war. Ashley and her sister Ingrid risk their earthly existence when they run afoul of both human and nonhuman enemies. Facing history-changing failure in the war to end slavery, Ashley and Ingrid confront a hidden enemy who threatens everything they stand for. The Blue and Gray Angel is the second action-packed thrill ride in the Eldara Sister historical fantasy series. This fast-paced story will take you back in time to an age of primal conflict of good and evil. Choose your side and join the fight. Click to buy the Blue and Gray Angel now! 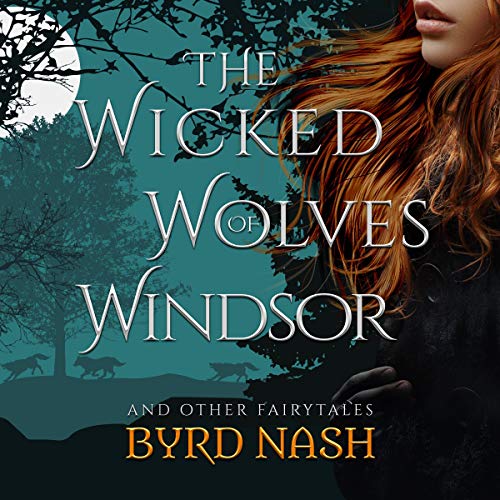 The Wicked Wolves of Windsor: And Other Fairytales

Explore fairytales with a twist in these magical stories featuring strong women. Meet a talking horse that tells only lies and a magical raven who speaks in riddles. Find powerful witches, cursed wolves, and fae changelings in medieval castles, modern skyscrapers, and Regency ballrooms in this short story collection. (Note: This is a fantasy collection of fairytales reminiscent of the original source material, so it is best suited for adult listeners.) The Fairytale Short Stories   The Wicked Wolves of Windsor "I'm not going to eat you," said the wolf as he kept pace with the bicycle. "I only want to talk." Between the wicked wolves of the Wild Hunt and her father, Irish girl Doireann needs all of her wits to survive. A dark retelling of Red Riding Hood with domestic violence set in post WWI England. The Queen's Favorite Feeling the rough scaliness of his hand, the queen could only whisper, "The witch lies, sire. Who knows what mischief she wanted to cause between us?" Queen Elaine and her talking horse must find the courage to speak truth to free themselves from the clutches of a monster. An empowering, healing story set in a medieval landscape. Milking Time It was as if royalty or a two-headed goat had come among them. He looked expensive and rich. He reeked of sorcery. A magical fantasy in which a farm girl must win a duel against a sorcerer in order to gain a prize pig. The Prince Learns a Lesson A graduate student must complete the impossible task: transform a spoiled prince within three days. A fun, modern magical fairytale with heart. A Society of Heartless Women When two Fae debutantes take Regency Bath by storm, gossip over teacups become tempests. A twisted dark fairytale during the time of Jane Austen. Granny Starseed Between drownings and gunfire, what will it take to get granny to leave? A hippy witch upsets the lives of her three sons when she comes for a visit. A Goldilocks retelling inspired by the original Robert Southey story but with a modern twist. A favorite among readers and witches.