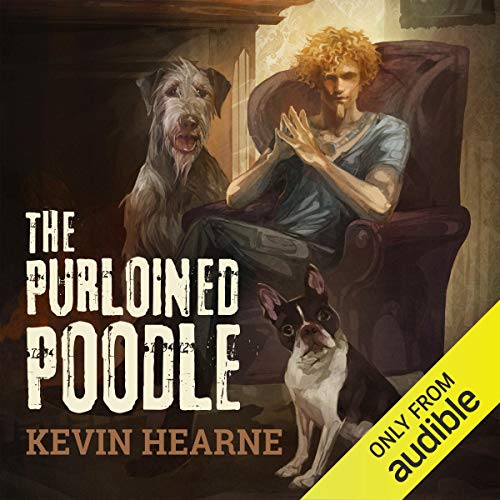 Thanks to his relationship with the ancient Druid Atticus O'Sullivan, Oberon the Irish wolfhound knows trouble when he smells it - and furthermore, he knows he can handle it. When he discovers that a prizewinning poodle has been abducted in Eugene, Oregon, he learns that it's part of a rash of hound abductions all over the Pacific Northwest. Since the police aren't too worried about dogs they assume have run away, Oberon knows it's up to him to track down those hounds and reunite them with their humans. For justice! And gravy! Engaging the services of his faithful Druid, Oberon must travel throughout Oregon and Washington to question a man with a huge salami, thwart the plans of diabolical squirrels, and avoid, at all costs, a fight with a great big bear. But if he's going to solve the case of the Purloined Poodle, Oberon will have to recruit the help of a Boston terrier named Starbuck, survive the vegetables in a hipster pot pie, and firmly refuse to be distracted by fire hydrants and rabbits hiding in the rose bushes. At the end of the day, will it be a sad bowl of dry kibble for the world's finest hound detective, or will everything be coming up sirloins? The Purloined Poodle is another exciting novella entry in Kevin Hearne's New York Times best-selling Iron Druid series. 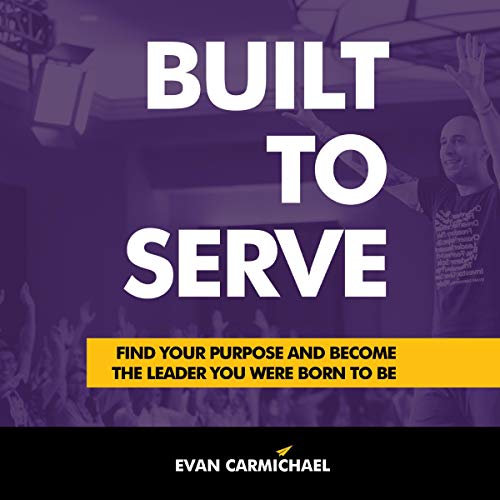 What is my purpose? How do I find my passion? Most people wake up and drive to a job that they hate. Think about your five closest friends. Are they happy? Do they live their lives with purpose? Do you? We put on a fake front for what we want people to see and think about us, but the reality is most people arenât happy. Weâre lost. We settle. We arenât happy with where we are. You canât be happy if you donât know your purpose. Itâs not possible. You want more but you donât even know where to start. You know there is more out there. You see others having success and you want it, too; there is nothing wrong with that. You just need help finding your purpose, so you can find the success you see all around you. You can be productive, crush your goals, pretend that all the things that youâve acquired actually mean somethingâ¦but at the end of the day, if you donât know your purpose, youâll always feel like thereâs something missing. Youâll know that youâre capable of more and that youâre not living the life you should be. You might be fooling the world, but youâre not fooling the person looking back at you in the mirror. You need to find your actual power source. Your purpose is your source of power. Once you find your purpose itâll fuel you for life. Youâll do things that you never thought you were capable of. Achieving your purpose will force you to morph into a stronger version of yourself. Youâll have to push through fears, insecurities, and doubts that held you back. But somehow itâll all feel possible and necessary because youâre purpose-driven nowâ¦and thatâs the only thing youâll ever need. 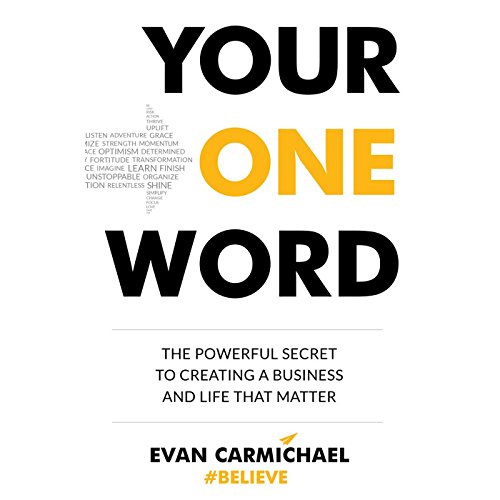 In this bold and empowering guide, entrepreneur and social media sensation Evan Carmichael shares the secret to turbocharging your path to success on your own terms. With thought-provoking questions and inspiring, instructive examples, Your One Word will help you nail down your personal motto - the word that captures your purpose and passion. With this operating philosophy in hand, you will then learn how to leverage this powerful tool to create the business and future of your dreams. Aimed at entrepreneurs as well as intrapreneurs, managers, and anyone else who wants to achieve success in a powerfully meaningful way, Your One Word is more than just a useful tool. It's also an inspiring and enlightening listen.