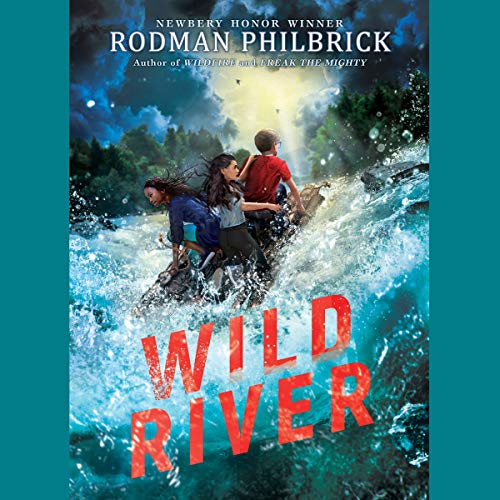 Daniel Redmayne is fast asleep on the first night of a white water rafting trip when he's awoken by screams. The dam has failed. The river is surging, and their camp will be under water in a matter of moments.  As the shrieking roar of the river rushes closer, the kids scramble to higher ground. They make it; their counselors do not.  Now they're on their own, with barely any food or supplies, in the middle of the Montana wilderness. Do Daniel and his four classmates have what it takes to stay alive until they can get rescued? Alone in the wild, they forge powerful bonds - but develop dangerous disagreements. If nature doesn't break them, they might just destroy each other.  This gripping survival story from the Newbery Honor author of Wildfire is filled with adrenaline-pumping adventure and moments of true bravery. 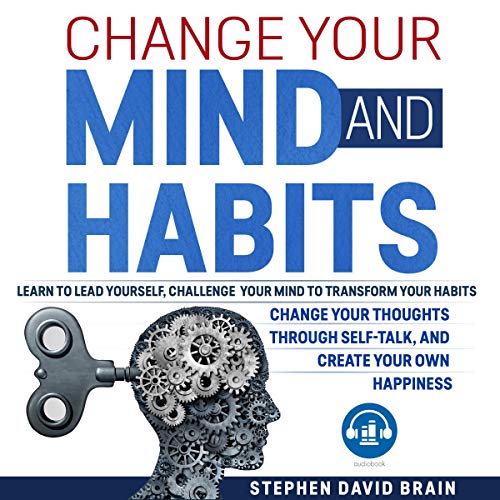 Change Your Mind and Habits

So many people live in unhappiness. Are you one of them? Do your bad habits taunt you? Do your thoughts torment you? You can be a changed person! You can live a happy life! This book can change your world!  I was in a similar situation as you. I faced life every day with the knowledge that Id have yet another battle to fight, another demon to face. Oh yeah, I had my demons! Self-doubt. Worry over what lay ahead. Anxiety over what others thought about me. Finally, after many long days of being in a deep dark hole that I couldnt seem to claw my way out of, I decided that Id had enough of being scared of life. I chose to break free and be a new me. But how? I sought out a counselor and found my therapy sessions to be very helpful. Her techniques in changing the thought process were remarkable, but without changing my habits to follow suit, sustaining those happy thoughts I had become accustomed to during therapy was nearly impossible. However, Ive since created my own formula for helping others to overcome their self-doubt, anxiety, and worry. And I take it two steps further as we tackle bad habits and create long-lasting happiness. These two steps are a vital part of the process, as all three parts of the formula work together to create a new, changed person - a new you.  In this book, youll learn how to: Challenge your mind and change your thoughts Become aware of your thoughts Identify negative and inaccurate thinking Map your thoughts, actions, and responses Battle your thoughts and respond in the correct way Transform your habits Throw out the old habits step-by-step Create new habits Hold onto what you create Create your own happiness Give yourself what your deserve Live a scheduled and organized life, which leads to a more organized mind Find your purpose in life so you can achieve happiness Relax and rejuvenate for a happy life Even if your life is in shambles and your world is turned upside down, my formula, Mapping, can help you get on the right track! Buy my book now to change your life and find success and true happiness! 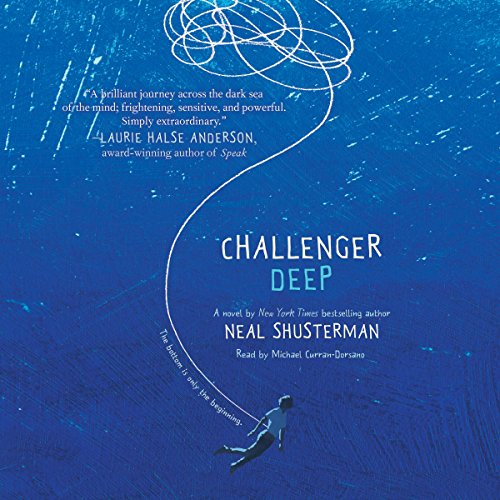 Caden Bosch is on a ship that's headed for the deepest point on Earth: Challenger Deep, the southern part of the Marianas Trench. Caden Bosch is a brilliant high school student whose friends are starting to notice his odd behavior. Caden Bosch is designated the ship's artist in residence, to document the journey with images. Caden Bosch pretends to join the school track team but spends his days walking for miles, absorbed by the thoughts in his head. Caden Bosch is split between his allegiance to the captain and the allure of mutiny. Caden Bosch is torn. A captivating and powerful novel that lingers long beyond the last second, Challenger Deep is a heartfelt tour de force by one of today's most admired writers for teens. 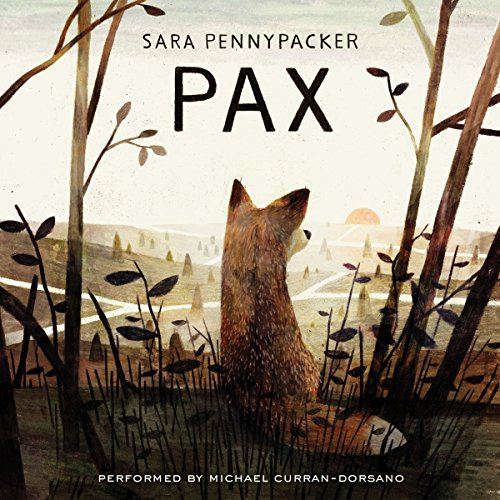 National Book Award Longlist New York Times best seller An Amazon Best Book of the Year From best-selling and award-winning author Sara Pennypacker comes a beautifully wrought, utterly compelling novel about the powerful relationship between a boy and his fox. Pax is destined to become a classic, beloved for generations to come. Pax and Peter have been inseparable ever since Peter rescued him as a kit. But one day, the unimaginable happens: Peter's dad enlists in the military and makes him return the fox to the wild.  At his grandfather's house, 300 miles away from home, Peter knows he isn't where he should be - with Pax. He strikes out on his own despite the encroaching war, spurred by love, loyalty, and grief, to be reunited with his fox.  Meanwhile Pax, steadfastly waiting for his boy, embarks on adventures and discoveries of his own....  Plus, don't miss Here in the Real World, Sarah Pennypacker's next gorgeous and heartfelt middle grade novel, coming in 2020! 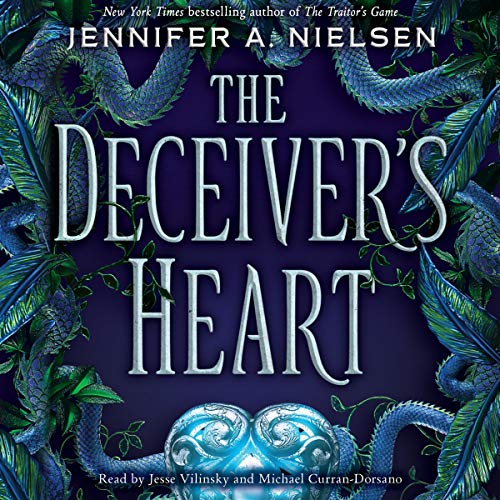 Critically acclaimed author Jennifer A. Nielsen delivers the gripping second book of her New York Times best-selling epic young adult fantasy. In this sequel to the instant New York Times best seller The Traitor's Game, Kestra Dallisor has finally gained possession of the Olden Blade. With the dagger in her control, she attempts to destroy the tyrannical Lord Endrick. But when Kestra fails, the king strips her of her memory and leaves her weak and uncertain, bound to obey him.  Heartbroken, Simon is desperate to return Kestra to the rebel she was but refuses to use magic to heal her. With untrusting Coracks and Halderians threatening to capture and kill her and war looming on the horizon, Kestra and Simon will have to learn to trust each other again if they have any hope of surviving. But can a heart once broken ever be healed? The Deceiver's Heart marks a stunning return to Jennifer A. Nielsen's gorgeously rendered world of Antora and all its treachery and magic. 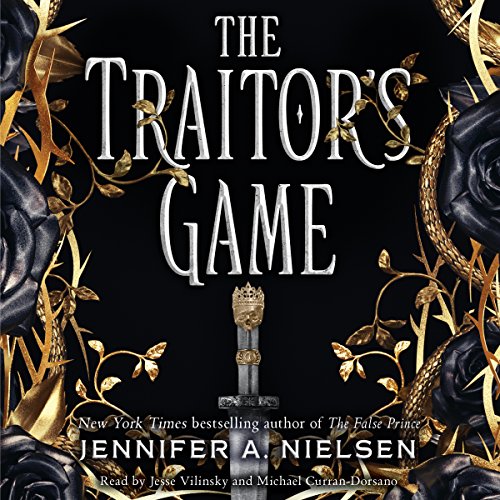 Hearts and loyalties collide in this electrifying new YA series from New York Times best-selling author Jennifer A. Nielsen. Nothing is as it seems in the kingdom of Antora. Kestra Dallisor has spent three years in exile in the Lava Fields, but that won't stop her from being drawn back into her father's palace politics. He's the right-hand man of the cruel king, Lord Endrick, which makes Kestra a valuable bargaining chip. A group of rebels knows this all too well - and they snatch Kestra from her carriage as she reluctantly travels home. The kidnappers want her to retrieve the lost Olden Blade, the only object that can destroy the immortal king, but Kestra is not the obedient captive they expected. Simon, one of her kidnappers, will have his hands full as Kestra tries to foil their plot, by force, cunning, or any means necessary. As motives shift and secrets emerge, both will have to decide what - and who - it is they're fighting for. Jennifer A. Nielsen introduces us to an unforgettable new heroine in this epic tale of treachery and intrigue, love and deceit. 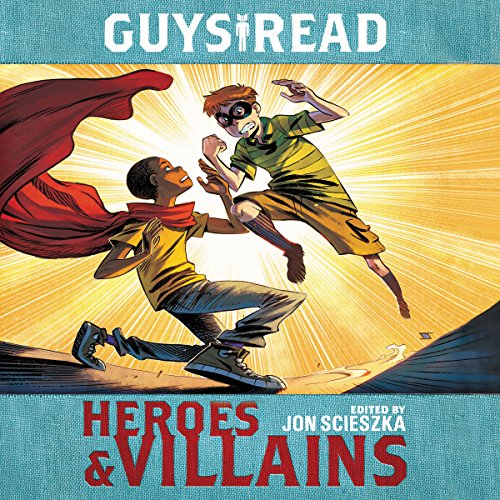 Heroes & Villains, the seventh volume in Jon Scieszka's Guys Read Library of Great Reading, is chock-full of adventure featuring an array of characters - with and without capes. Featuring 10 all-new original stories that run the gamut from fantasy to contemporary adventure to nonfiction, and featuring 11 of the most acclaimed, exciting writers for kids working today, this collection is the perfect book for you, whether you use your powers for good - or evil. Authors include Laurie Halse Anderson, Cathy Camper and Raúl Gonzalez, Sharon Creech, Jack Gantos, Christopher Healy, Deborah Hopkinson, Ingrid Law, Pam Muñoz Ryan, Lemony Snicket, and Eugene Yelchin. 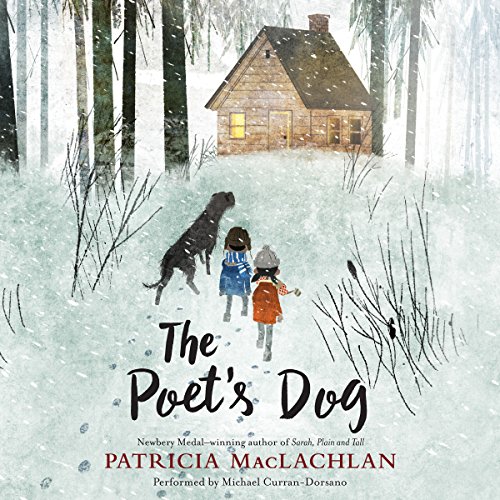 From Newbery Medal winner Patricia MacLachlan comes a poignant story about two children, a poet, and a dog and how they help one another survive loss and recapture love. Teddy is a gifted dog. Raised in a cabin by a poet named Sylvan, he grew up listening to sonnets read aloud and the comforting clicking of a keyboard. Although Teddy understands words, Sylvan always told him there are only two kinds of people in the world who can hear Teddy speak: poets and children. Then, one day Teddy learns that Sylvan was right. When Teddy finds Nickel and Flora trapped in a snowstorm, he tells them that he will bring them home - and they understand him. The children are afraid of the howling wind but not of Teddy's words. They follow him to a cabin in the woods, where the dog used to live with Sylvan...only now his owner is gone. As they hole up in the cabin for shelter, Teddy is flooded with memories of Sylvan. What will Teddy do when his new friends go home? Can they help one another find what they have lost? 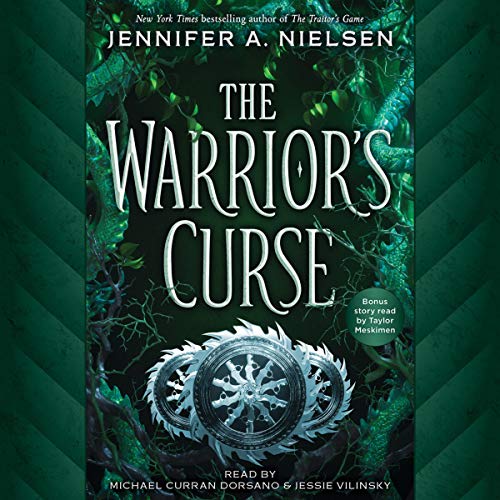 Simon and Kestra are hurtling down paths ever farther from each other as the battle for control of Antora rages. Simon, newly king of the Halderians, is pressed on all sides by royal duties. Harlyn Mindell is his betrothed and intended queen, but Simon can't give up hope for a life with Kestra. Kestra, exiled, feels her magic growing - and despite everyone's warnings, she knows she must embrace it. That power is the key to the kingdom's future. Both still strive to defeat the evil Lord Endrick, but danger awaits them on the murky road forward. And is a common enemy enough to help them survive - or to carry them back to each other? Jennifer A. Nielsen delivers breathtaking twists and shocking revelations in an epic and action-packed third installment of The Traitor's Game. 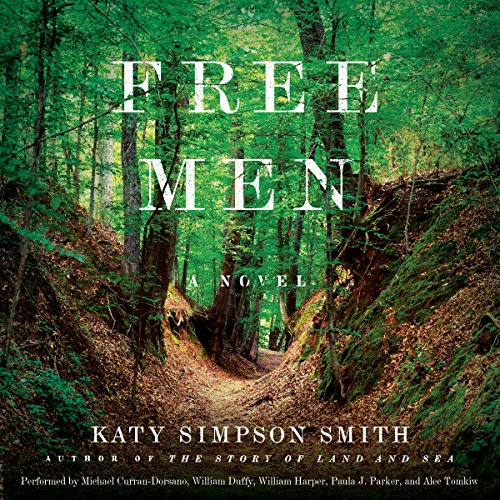 From the author of the highly acclaimed The Story of Land and Sea comes a captivating novel, set in the late 18th-century American South, that follows a singular group of companions - an escaped slave, a white orphan, and a Creek Indian - who are being tracked down for murder. In 1788, three men converge in the southern woods of what is now Alabama. Cat, an emotionally scarred white man from South Carolina, is on the run after abandoning his home. Bob is a talkative black man fleeing slavery on a Pensacola sugar plantation. Istillicha, edged out of his Creek town's leadership, is bound by honor to seek retribution. In the few days they spend together, the makeshift trio commits a shocking murder that soon has the forces of the law bearing down upon them. Sent to pick up their trail, a probing French tracker named Le Clerc must decide which has a greater claim: swift justice or his own curiosity about how three such disparate, desperate men could act in unison. Katy Simpson Smith skillfully brings into focus men whose lives are both catastrophic and full of hope - and illuminates the lives of the women they left behind. Far from being anomalies, Cat, Bob, and Istillicha are the beating heart of the new America that Le Clerc struggles to comprehend. In these territories caught between European, American, and Native nations, a wilderness exists where four men grapple with the importance of family, the stain of guilt, and the competing forces of power, love, race, and freedom - questions that continue to haunt us today.