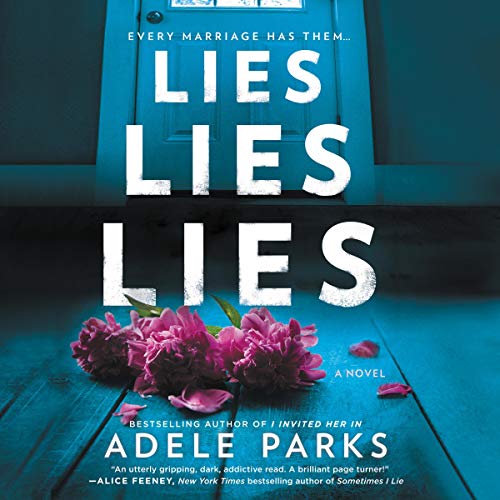 Daisy and Simonâs marriage isnât what it seems.... After years together, the arrival of longed-for daughter Millie sealed everything in place. Theyâre a happy little family of three.Â  So what if Simon drinks a bit too much sometimes - Daisyâs used to it. She knows heâs just letting off steam. Until one night at a party things spiral horribly out of control. And their happy little family of three will never be the same again. In Lies, Lies, Lies, number one Sunday Times best-selling author Adele Parks explores the darkest corners of a relationship in free fall in a mesmerizing tale of marriage and secrets. 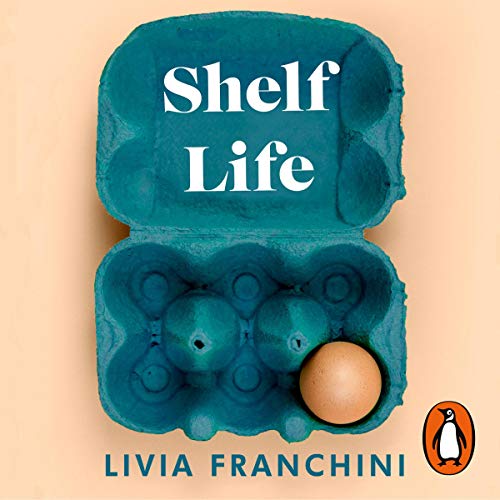 Random House presents the audiobook edition of Shelf Life by Livia Franchini. Launching an intelligent, perceptive new voice in fiction, Shelf Life is the exquisite, heart-wrenching story of a woman rebuilding herself on her own terms. Ruth is 30 years old. She works as a nurse in a care home, and her fiancÃ© has just broken up with her. The only thing she has left of him is their shopping list for the upcoming week. And so she uses that list to tell her story. Starting with six eggs, and working through spaghetti and strawberries, and apples and tea bags, Ruth discovers that her identity has been crafted from the people she serves: her patients, her friends, and, most of all, her partner of 10 years. Without him, she needs to find out - with conditioner and single cream and a lot of sugar - who she is when she stands alone. 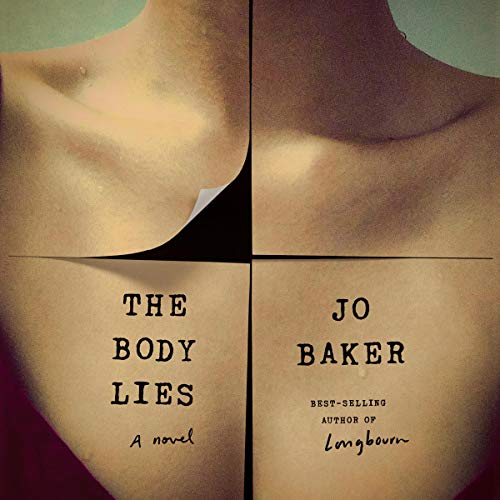 A dark, thrilling new novel from the best-selling author of Longbourn: a work of riveting psychological suspense that grapples with how to live as a woman in the world - or in the pages of a book - when the stakes are dangerously high. When a young writer accepts a job at a university in the remote English countryside, it's meant to be a fresh start, away from the bustle of London and the scene of a violent assault she is desperate to forget. But despite the distractions of her new life and the demands of single motherhood, her nerves continue to jangle.Â  To make matters worse, a vicious debate about violence against women inflames the tensions and mounting rivalries in her creative-writing class. When a troubled student starts turning in chapters that blur the lines between fiction and reality, the professor recognizes herself as the main character in his book - and he has written her a horrific fate. Will she be able to stop life imitating art before it's too late?Â  At once a breathless cat and mouse game and a layered interrogation of the fetishization of the female body, The Body Lies gives us an essential story for our time that will have you checking the locks on your doors. Read byÂ Imogen Church, Deborah McBride, Sam Woolf, and Simon Ludders, with Julie Maisey. 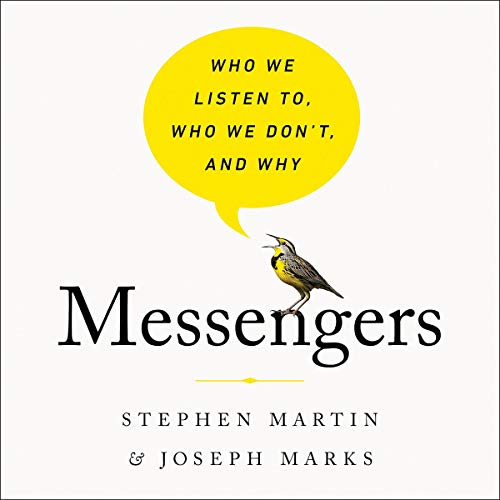 A fascinating exploration of the powerful forces that shape who we choose to listen to and believe, why talented and qualified people are ignored, and how these "messengers" influence society.Â  We live in a world where proven facts and verifiable data are freely and widely available. Why, then, are self-confident ignoramuses so often believed over thoughtful experts? And why do details such as a person's height, relative wealth, or Facebook photo influence whether or not we trust what they are saying? In this revelatory book, Stephen Martin and Joseph Marks explain how in our uncertain and ambiguous world, the messenger is the message. We frequently fail to separate the idea being communicated from the person conveying it, they argue: the status or connectedness of the messenger become more important than the message itself.Â  Through memorable storytelling, we see how messengers influence business, politics, local communities, and our broader society. And we come to understand the forces behind the most infuriating phenomena of our modern era: why fake news is so readily believed, how presidents can hawk misinformation and flagrant lies yet remain influential, and why 17 million UK citizens were convinced by the overconfident claims of a group of self-interested Brexit campaigners. 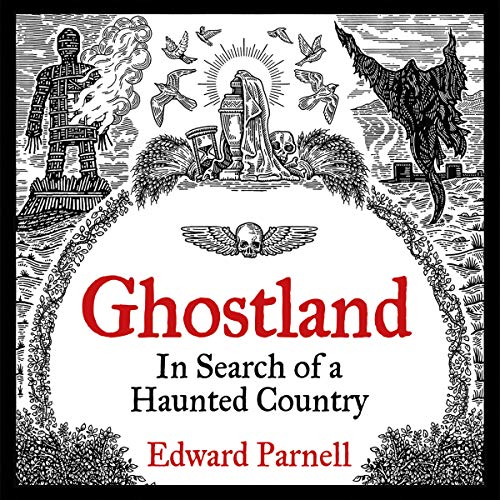 Ghostland: In Search of a Haunted Country

In his late 30s, Edward Parnell found himself trapped in the recurring nightmare of a family tragedy. For comfort, he turned to his bookshelves, back to the ghost stories that obsessed him as a boy, and to the writers through the ages who have attempted to confront what comes after death. In Ghostland, Parnell goes in search of the âsequestered placesâ of the British Isles, our lonely moors, our moss-covered cemeteries, our stark shores and our folkloric woodlands. He explores how these landscapes conjured and shaped a kaleidoscopic spectrum of literature and cinema, from the ghost stories and weird fiction of M. R. James, Arthur Machen and Algernon Blackwood to the childrenâs fantasy novels of Alan Garner and Susan Cooper; from W. G. Sebaldâs The Rings of Saturn and Graham Swiftâs Waterland to the archetypal âfolk horrorâ film The Wicker Man.... Ghostland is Parnellâs moving exploration of what has haunted our writers and artists - and what is haunting him. It is a unique and elegiac meditation on grief, memory and longing, and of the redemptive power of stories and nature.