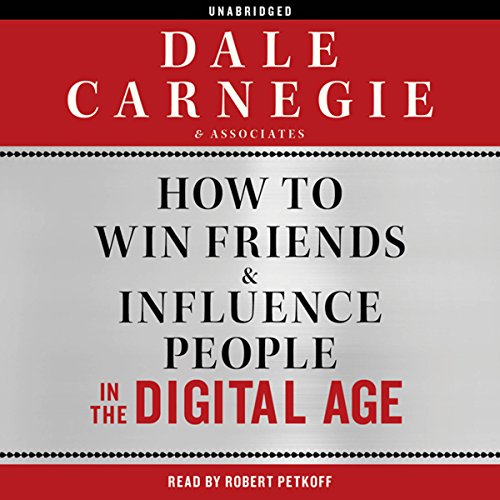 How to Win Friends and Influence People in the Digital Age

Celebrating the 75 anniversary of the original landmark bestseller How to Win Friends and Influence People, comes an up-to-the-minute adaptation of Carnegies timeless prescriptions for the digital age. Dale Carnegies principles have endured for nearly a century. Since its original publication in 1936, his timeless classic How to Win Friends and Influence People has gone on to sell 15 million copies. Now, introducing new listeners to Carnegies words of wisdom, comes How to Win Friends and Influence People in the Digital Age, a new guide for a new era. Dale Carnegie could never have predicted the trajectory that new media would take, and the ways that the simple television screen would be adapted into computers and handheld communication devices. He didnt know the term social media and Facebook was something not even dreamed of in Buck Rogers cartoons. And yet his lessons remain relevant for everyone who communicates online today. In fact, with problems such as cyber bullying and email etiquette, we need Carnegies help more than ever. Dale Carnegie and Associates, Inc. has re-imagined Carnegies lasting lessons for this difficult digital age, reframing Carnegies insights about communication, self-expression, and leadership. This book is a must-have guide for anyone who wants to find success on Facebook, Linked-In, Twitter, and any social media format today and in the future. 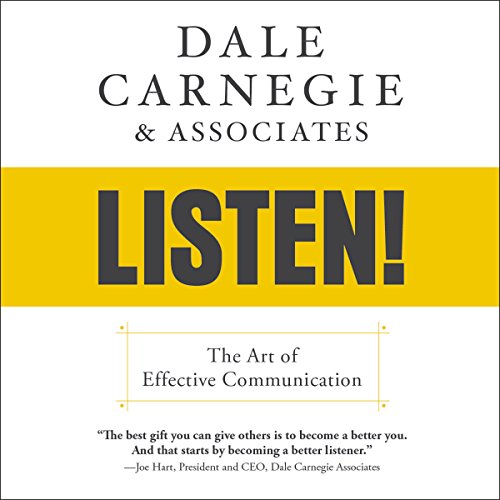 Why do we so often fail to connect when speaking with business colleagues, family members, or friends? Wouldn't you like to make yourself heard and understood in all of your relationships? Using vivid examples, easy-to-learn techniques, and practical exercises for becoming a better listener and making yourself heard and understood, Dale Carnegie will show you how it's done, even in difficult situations. Founded in 1912, Dale Carnegie Training has evolved from one man's belief in the power of self-improvement to a performance-based training company with offices worldwide. Dale Carnegie's original body of knowledge has been constantly updated, expanded, and refined through nearly a century's worth of real-life business experiences. He is recognized internationally as the leader in bringing out the best in people, and over eight million people have completed a Dale Carnegie course. 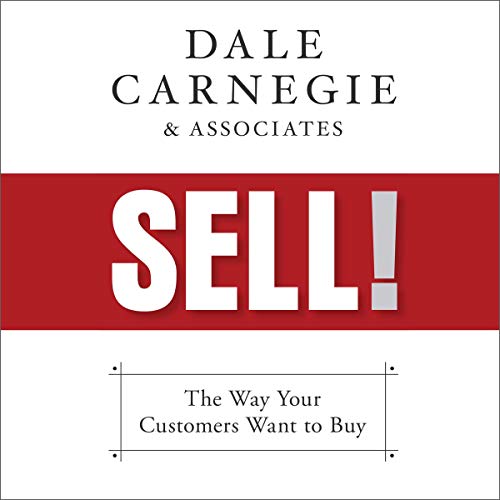 What do How to Win Friends and Influence People and Sell! have in common (other than Dale Carnegie)? They're both based on the premise that relationships are what matter. In this age where media is social and funding is raised by crowds, the sales cycle has permanently changed. It's no longer enough to know your product, nor always appropriate to challenge your customer's thinking based on your online research. In Sell!: The Way Your Customers Want to Buy, Dale Carnegie & Associates reveal the real modern sales cycle. It's one that depends on your ability to influence more than just one buyer, understand what today's customers want from you (and don't want), and use time-tested human relations principles that will help you strengthen relationships anywhere in the global economy. Listeners will learn the five stages to master the modern selling process, and learn from real sales examples told by top performing salespeople and veteran sales trainers from the US to Europe, the Middle East, India, Japan, and points in between. This audiobook combines insightful new research, a modern sales process, and timeless, powerful human relations principles. It's a fresh take on what works today to grow sales. 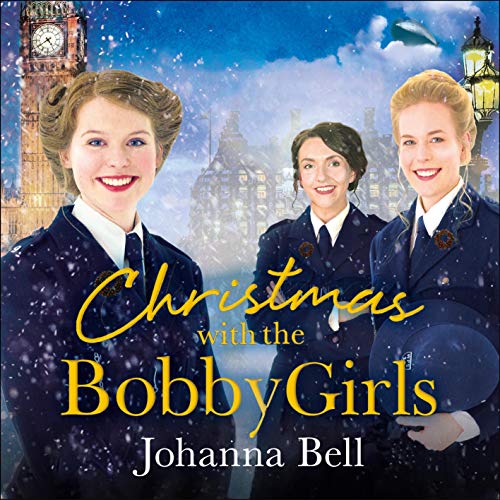 Christmas with the Bobby Girls

The third book in an uplifting, lively saga series centered around women entering the world of policing for the first time, set at the outbreak of the First World War. In the midst of war, can they find a reason to celebrate? 1915. Patrolling is the last thing on the minds of Women's Police Service recruits Annie, Maggie and Poppy right now, because Annie and her fiancé Richard are about to get married. She's been waiting for this day her whole life, but when it finally comes it brings only heartache and Annie doesn't know if she can go on. The influx of soldiers to the capital means that the WPS's work is more important than ever, though, and Annie's country needs her. She and the girls are posted to the bustling heart of the city and she hopes the new job will distract her from her sorrow. It certainly does that. Soon the biggest bombing raid of the war causes chaos on their patch. On top of that, Annie suspects that a group of men are forcing European refugees into prostitution and resolves to stop them by Christmas. But by the time she realises just how high up the scandal goes, she might be in too deep to get out.... The Bobby Girls Series is perfect for fans of Dilly Court, Daisy Styles and Call the Midwife. 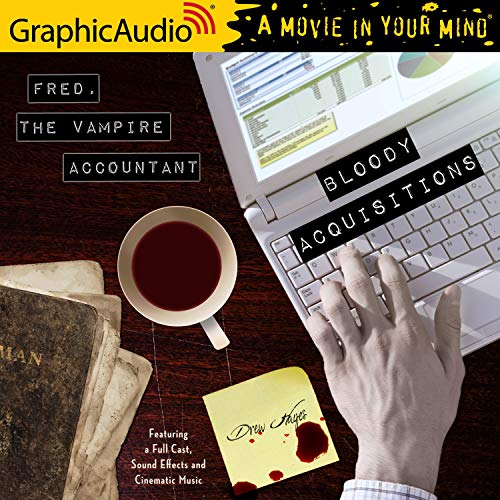 With a thriving parahuman accounting practice, a steady relationship, and a circle of trusted friends, Freds undead life has become more enjoyable than his normal one ever was. Unfortunately, it also seems that hes no longer the only vampire to appreciate the up-and-coming city of Winslow, Colorado. A new clan of vampires is moving in, and they arent well known for tolerating outsiders in their territory. Now, Fred must cope with the growing presence - and threat - of other vampires even as he struggles to keep up with his businesss demands and make time for his friends. Between hidden parahuman towns, crazed vampire hunters, quarreling mages, and the worlds least subtle spy, it will take all of Freds wiles just to keep his head above water. And as the new clan sinks their fangs deeper and deeper into his city, the undead accountant is faced with a choice between two equally unappealing options: flee his home, or stand against an entire clan of fellow vampires. Performed by Christopher Walker, Nora Achrati, Marni Penning, Yasmin Tuazon, Shanta Parasuraman, Steven Carpenter, Carolyn Kashner, Christopher Graybill, Anthony Palmini, Laura C Harris, Danny Gavigan, Matthew Bassett, Scott McCormick, Alejandro Ruiz, Bradley Smith, Colleen Delany, Holly Adams, Michael John Casey, Terence Aselford, and Zeke Alton.