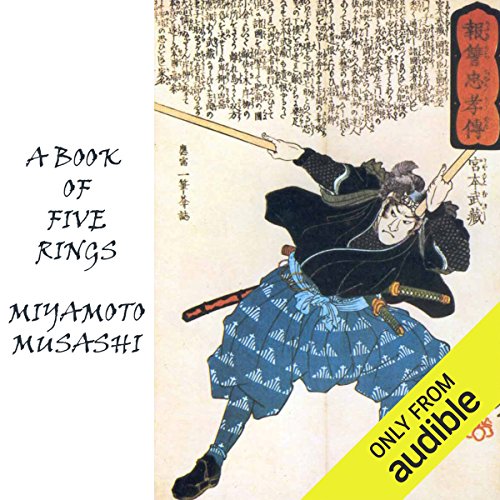 A Book of Five Rings

This special edition of A Book of Five Rings contains one hour of traditional Japanese flute (shakuhachi) and 43 minutes of music by traditional japanese ensemble. The music appears track by track at the end of the two and a half hour audiobook and is included as wonderful compliment to this dynamic and elegant listening experience. Legendary 17th-century swordsman Miyamoto Musashis exposition of sword fighting, strategy, and Zen philosophy. Required listening for any martial artist, business person, or student of strategy. 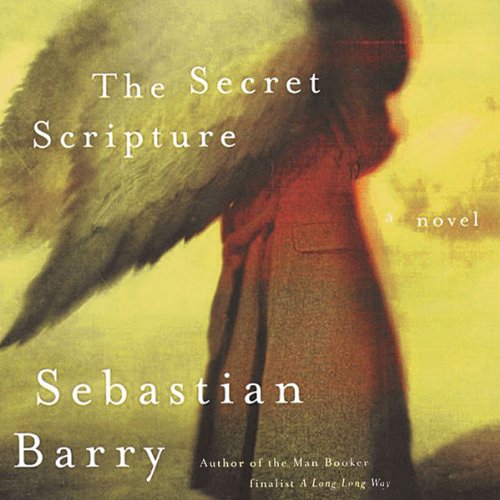 Roseanne McNulty, once one of the most beautiful and beguiling girls in County Sligo, Ireland, is now an elderly patient at Roscommon Regional Mental Hospital. As her 100th year draws near, she decides to record the events of her life, hiding the manuscript beneath the floorboards. Meanwhile, the hospital is preparing to close and is evaluating its patients to determine whether they can return to society. Dr. Grene, Roseanne's caretaker, takes a special interest in her case. In his research, he discovers a document written by a local priest that tells a very different story of Roseanne's life than what she recalls. As doctor and patient attempt to understand each other, they begin to uncover long-buried secrets about themselves. Set against an Ireland besieged by conflict, The Secret Scripture is an epic story of love, betrayal, and unavoidable tragedy. 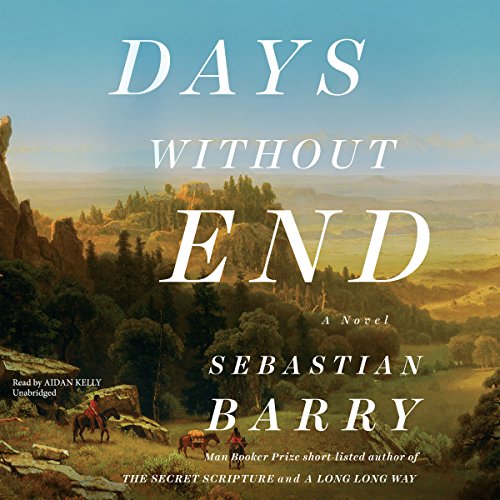 From Sebastian Barry, a two-time finalist for the Man Booker Prize, comes a powerful and unforgettable novel chronicling a young Irish immigrant's army years in the Indian wars and the American Civil War. Thomas McNulty, having fled the Great Famine in Ireland and now barely 17 years old, signs up for the US Army in the 1850s and with his brother in arms, John Cole, goes to fight in the Indian Wars - against the Sioux and the Yurok - and, ultimately, in the Civil War. Orphans of terrible hardships themselves, they find these days to be vivid and alive, despite the horrors they see and are complicit in. Moving from the plains of Wyoming to Tennessee, Sebastian Barry's latest work is a masterpiece of atmosphere and language. An intensely poignant story of two men and the makeshift family they create with a young Sioux girl, Winona, Days Without End is a fresh and haunting portrait of the most fateful years in American history and is a novel never to be forgotten. 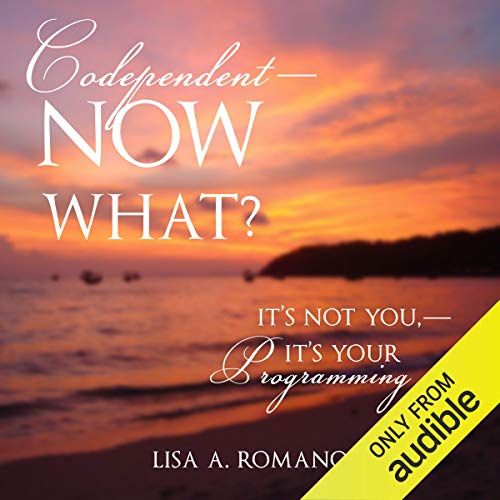 This book is about codependent recovery. 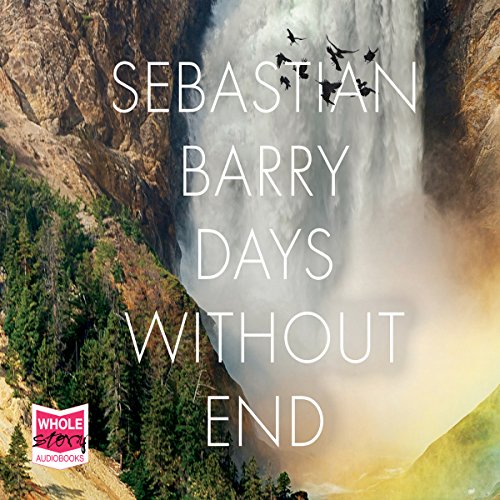 Having signed up for the US Army in the 1850s, aged barely 17, Thomas McNulty and his brother-in-arms, John Cole, go on to fight in the Indian wars and ultimately the Civil War. Orphans of terrible hardships themselves, despite the horrors they both see and are complicit in, they find these days to be vivid. Both an intensely poignant story of two men and the lives they are dealt and a fresh look at some of the most fateful years in America's past. 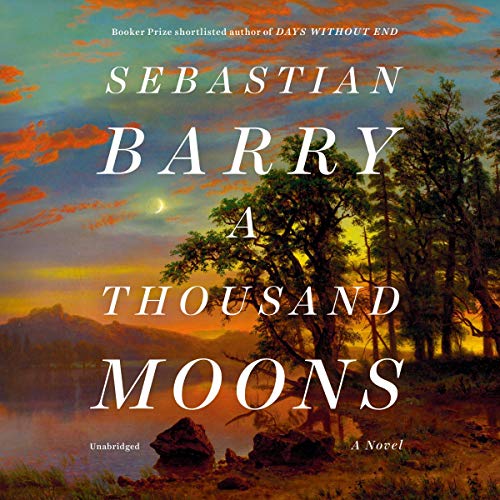 A dazzling new novel about memory and identity set in Paris, Tennessee, in the aftermath of the American Civil War from the Booker Prize shortlisted author Winona Cole, an orphaned child of the Lakota Indians, finds herself growing up in an unconventional household on a farm in West Tennessee. Raised by her adoptive father John Cole and his brother-in-arms Thomas McNulty, this odd little family scrapes a living on Lige Magan's farm with the help of two freed slaves, the Bougereau siblings. They try to keep the brutal outside world at bay, along with their memories of the past. But Tennessee is a state still riven by the bitter legacy of the Civil War, and when first Winona and then Tennyson Bouguereau are violently attacked by forces unknown, Colonel Purton raises the militia to quell the rebels and night-riders who are massing on the outskirts of town. Armed with a knife, Tennyson's borrowed gun, and the courage of her famous warrior mother, Winona decides to take matters into her own hands and embarks on a quest for justice which will uncover the dark secrets of her past and finally reveal to her who she really is. Exquisitely written and thrumming with the irrepressible spirit of a young girl on the brink of adulthood, A Thousand Moons is a glorious story of love and redemption. 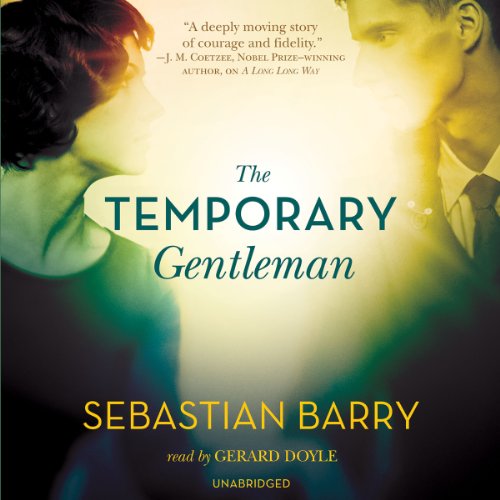 A stunning new novel from the Man Booker shortlisted author of The Secret Scripture. In this highly anticipated new novel, Irishman Jack McNultyis a "temporary gentleman" - an Irishman whose commission in the British army inWWII was never permanent. Sitting in his lodgings in Accra, Ghana, in 1957, he's writing the story of his life with desperate urgency. He cannot take one step further without examining all of the extraordinary events that he has seen. A lifetime of war and world travel - as a soldier in WWII, an engineer, a UN observer - has brought him to this point. But the memory that weighs heaviest on his heart is that of the beautiful Mai Kirwan and their tempestuous, heartbreaking marriage. Mai was once the great beauty of Sligo, a magnetic yet unstable woman who, after sharing a life with Jack, gradually slipped from his grasp. Award-winning author Sebastian Barry's The Temporary Gentleman is the sixth book in his cycle of separate yet interconnected novels that brilliantly reimagine characters from Barry's own family. 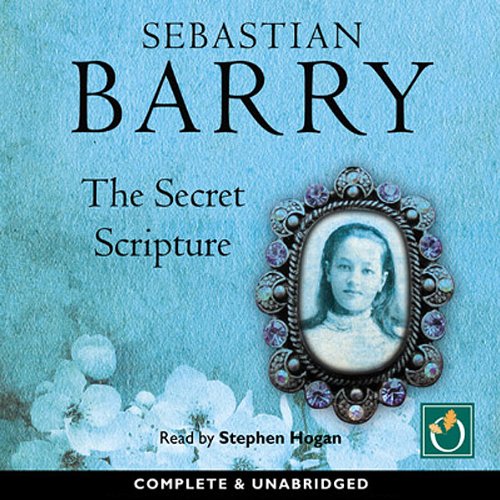 Sensitively narrated by Stephen Hogan, The Secret Scripture is a poignant and emotive tale of a woman who falls prey to her own unconscious sexuality in the midst of an unforgiving society. Shortlisted for the British Book Awards, Author of the Year, 2009. Winner of the Costa Book of the Year, 2008. Short listed for the Man Booker Prize, 2008. Nearing her 100th birthday, Roseanne McNulty faces an uncertain future, as the Roscommon Regional Mental Hospital where's she spent most of her adult life prepares for closure. Over the weeks leading up to this upheaval, she talks with her psychiatrist, Dr. Greene, and their relationship intensifies and complicates. Told through their respective journals, the story that emerges is at once shocking and deeply beautiful: a secret history of Ireland's changing character and the story of a life blighted by terrible mistreatment and ignorance. 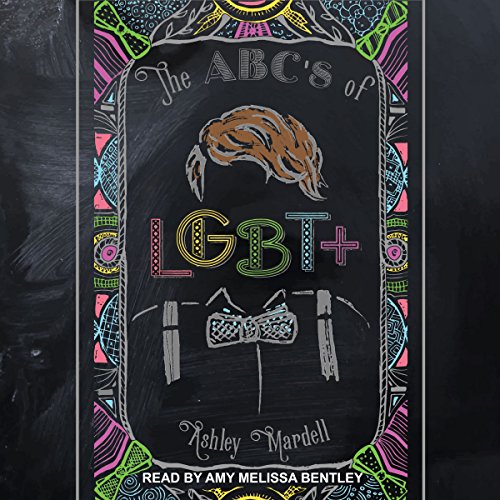 The ABC's of LGBT+

The 21st century has seen very positive movement for LGBT+ rights. In the last few years, the overturning of DOMA, the SCOTUS ruling in favor of the Marriage Equality Act, American transgender politicians elected to office, and landmark moments such as Apple becoming the most valuable company in the world under the leadership of an openly gay CEO have advanced LGBT awareness and understanding. In a world full of LGBT questions, The ABC's of LGBT+ has the answers. We are living in a postbinary world where gender fluency and awareness of gender identity and a real understanding of our LGBT family is essential. Ashley Mardell, one of the most trusted voices on YouTube, presents a detailed look at all things LGBT+ in this remarkable book. Along with in-depth definitions, personal anecdotes, resources, and more, The ABC's of LGBT+ is proof that it does get better every day in a world where people are empowered by information and understanding. PLEASE NOTE: When you purchase this title, the accompanying reference material will be available in your Library section along with the audio. 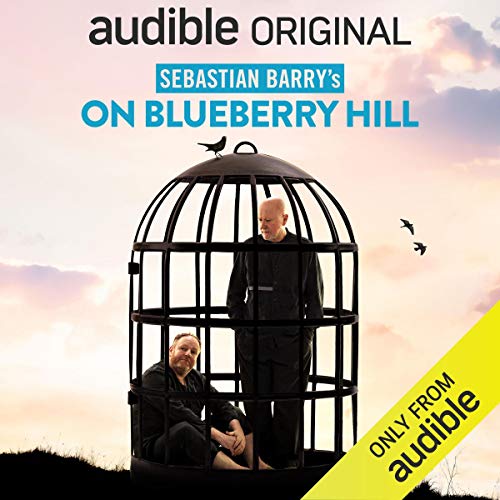 On Blueberry Hill is the latest Audible Original theatrical event, from international best-selling novelist and acclaimed writer, Sebastian Barry.  Best friends and worst enemies, Christy and PJ are destined to spend their lives together over the next 20 years in prison. Reflecting on the events and experiences that led them to the present day, this slow-burning tale explores hope, acceptance and forbidden love. Directed by Jim Culleton with music by Denis Clohessy, On Blueberry Hill is a powerful exploration of freedom, friendship and forgiveness. With outstanding performances from Irish Times Theatre Award and Olivier Award winner, Niall Buggy (Christy) and West End and Broadway star David Ganly (PJ).   The stage performance of On Blueberry Hill was presented by Trafalgar Theatre Productions, in association with Hill Street Productions and Incidental Colman. It was Fishamble: The New Play Companys production, performed at Trafalgar Studios in London, United Kingdom in 2020, and produced by Daniel Brodie, Matt Parritt, and Eva Scanlan. The play was originally produced by Fishamble at the Dublin Theatre Festival 2017 and on international tour, including a run at New Yorks 59E59 Theaters as part of First Irish, supported by the Arts Council and Culture Ireland. Photo by Muse Creative Communications.