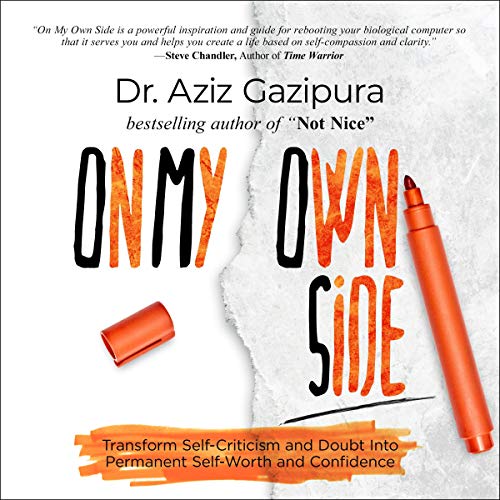 On My Own Side

Are you your own biggest critic? Do you tend to be hard on yourself, impatient with your setbacks, and quick to judge yourself? Perhaps, you appear self-assured on the outside, but inside you often feel inferior, doubtful, and question yourself.  After writing the runaway best seller Not Nice, Dr. Aziz returns to tackle the biggest killer of confidence: your own inner critic. That voice in your head tells you that you cant achieve what you want or be loved for who you are, because youre not enough. Unfortunately, most people dont realize just how much that negative voice is running their lives, creating stress, anxiety, perfectionism, relentless business, and overwhelm. Through his work with thousands of people in live events, group programs, and online, Dr. Aziz systematically uncovered the most effective approach to rapidly end self-criticism and doubt and replace it with permanent self-worth and confidence.  In this refreshingly honest and moving book, Dr. Aziz gives you specific guidance, powerful exercises, and clear strategies to regain control inside your own mind, so you can live with more freedom, self-expression, trust, and confidence in yourself, than ever before! Youll also discover how to:  Put an end to constant comparison, self-judgment, and internal criticism Skyrocket your sense of value, self-worth, and inner confidence Stop doubting yourself and start living with bold self-trust Eliminate your fear of failure, mistakes, and the disapproval of others Truly like yourself and enjoy living your life Click on the "buy now" button to get started. 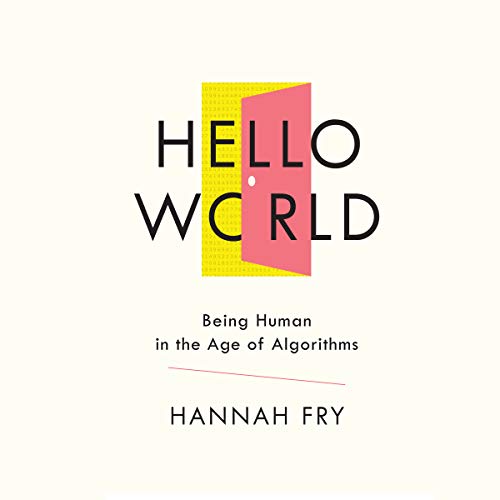 Shortlisted for the 2018 Royal Society Investment Science Book Prize    A look inside the algorithms that are shaping our lives and the dilemmas they bring with them.    If you were accused of a crime, who would you rather decide your sentence - a mathematically consistent algorithm incapable of empathy or a compassionate human judge prone to bias and error? What if you want to buy a driverless car and must choose between one programmed to save as many lives as possible and another that prioritizes the lives of its own passengers? And would you agree to share your familys full medical history if you were told that it would help researchers find a cure for cancer?    These are just some of the dilemmas that we are beginning to face as we approach the age of the algorithm, when it feels as if the machines reign supreme. Already, these lines of code are telling us what to watch, where to go, whom to date, and even whom to send to jail. But as we rely on algorithms to automate big, important decisions - in crime, justice, healthcare, transportation, and money - they raise questions about what we want our world to look like. What matters most: Helping doctors with diagnosis or preserving privacy? Protecting victims of crime or preventing innocent people being falsely accused?    Hello World takes us on a tour through the good, the bad, and the downright ugly of the algorithms that surround us on a daily basis. Mathematician Hannah Fry reveals their inner workings, showing us how algorithms are written and implemented, and demonstrates the ways in which human bias can literally be written into the code. By weaving in relatable, real world stories with accessible explanations of the underlying mathematics that power algorithms, Hello World helps us to determine their power, expose their limitations, and examine whether they really are improvement on the human systems they replace. 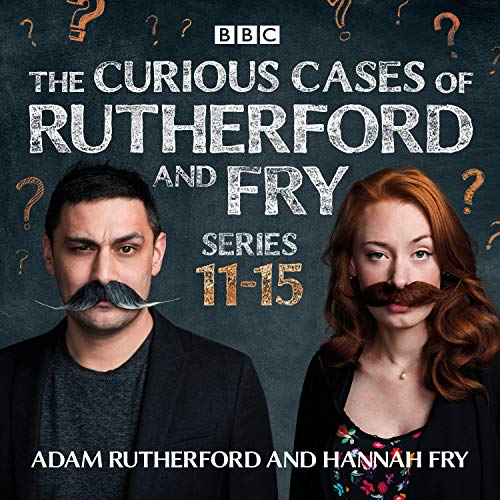 The Curious Cases of Rutherford and Fry: Series 11-15 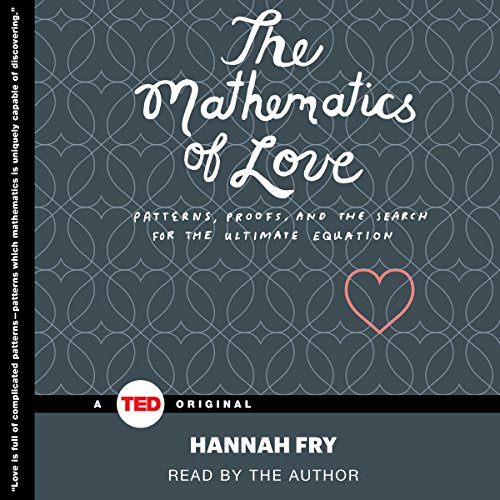 The Mathematics of Love

In this must-have for anyone who wants to better understand their love life, a mathematician pulls back the curtain and reveals the hidden patternsfrom dating sites to divorce, sex to marriagebehind the rituals of love. . The roller coaster of romance is hard to quantify; defining how lovers might feel from a set of simple equations is impossible. But that doesnt mean that mathematics isnt a crucial tool for understanding love. . Love, like most things in life, is full of patterns. And mathematics is ultimately the study of patternsfrom predicting the weather to the fluctuations of the stock market, the movement of planets or the growth of cities. These patterns twist and turn and warp and evolve just as the rituals of love do. . In The Mathematics of Love, Dr. Hannah Fry takes the reader on a fascinating journey through the patterns that define our love lives, applying mathematical formulas to the most common yet complex questions pertaining to love: Whats the chance of finding love? Whats the probability that it will last? How do online dating algorithms work, exactly? Can game theory help us decide who to approach in a bar? At what point in your dating life should you settle down? From evaluating the best strategies for online dating to defining the nebulous concept of beauty, Dr. Fry proveswith great insight, wit, and funthat math is a surprisingly useful tool to negotiate the complicated, often baffling, sometimes infuriating, always interesting, mysteries of love. PLEASE NOTE: When you purchase this title, the accompanying reference material will be available in your Library section along with the audio. 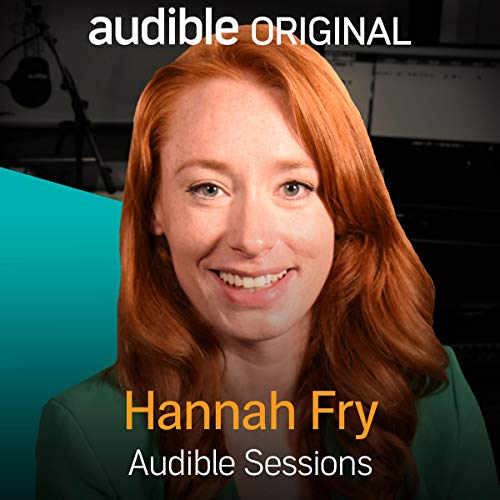 Joining us in the Audible Studios to talk about her latest book, Hello World, is mathematician, UCL lecturer, public speaker and presenter Hannah Fry.   Alongside her academic position at the Centre for Advanced Spatial Analysis at UCL, where her research into the patterns of human behaviour can apply to a huge range of social problems, Frys expertise has also led to the development of several BBC documentaries including City in the Sky and her long-running BBC Radio 4 show, The Curious Cases of Rutherford and Fry. Her latest book, Hello World, was published in August 2018.   Hannah Fry talks to us about handing autonomy to machines, where art and algorithms intersect and the time her husband had to deal with the trolley problem in real life.