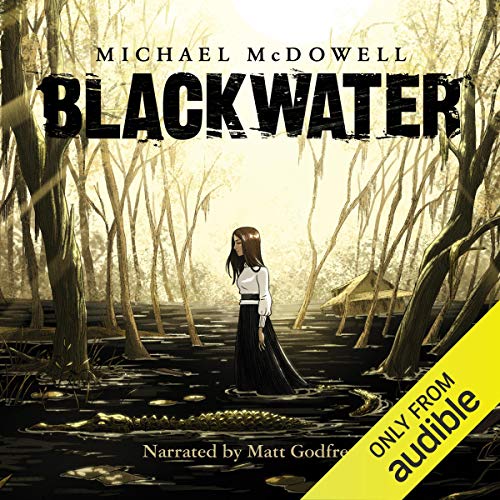 Blackwater is the saga of a small town, Perdido, Alabama, and Elinor Dammert, the stranger who arrives there under mysterious circumstances on Easter Sunday, 1919. On the surface, Elinor is gracious, charming, anxious to belong in Perdido, and eager to marry Oscar Caskey, the eldest son of Perdido's first family. But her beautiful exterior hides a shocking secret. Beneath the waters of the Perdido River, she turns into something terrifying, a creature whispered about in stories that have chilled the residents of Perdido for generations. Some of those who observe her rituals in the river will never be seen again.... Originally published as a series of six volumes in 1983, Blackwater is the crowning achievement of Michael McDowell, author of the Southern Gothic classics Cold Moon Over Babylon and The Elementals and screenwriter of Beetlejuice and The Nightmare Before Christmas. This first-ever one-volume edition will allow a new generation of listeners to discover this modern horror classic. 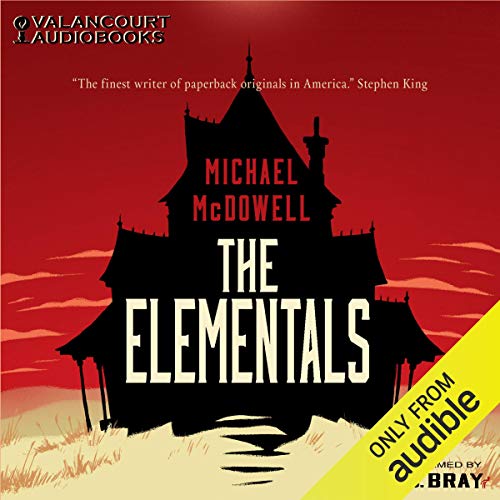 2017 Audie Award Finalist After a bizarre and disturbing incident at the funeral of matriarch Marian Savage, the McCray and Savage families look forward to a restful and relaxing summer at Beldame, on Alabama's Gulf Coast, where three Victorian houses loom over the shimmering beach. Two of the houses are habitable, while the third is slowly and mysteriously being buried beneath an enormous dune of blindingly white sand. But though long uninhabited, the third house is not empty. Inside, something deadly lies in wait. Something that has terrified Dauphin Savage and Luker McCray since they were boys and which still haunts their nightmares. Something horrific that may be responsible for several terrible and unexplained deaths years earlier - and is now ready to kill again....  A haunted house story unlike any other, Michael McDowell's The Elementals (1981) was one of the finest novels to come out of the horror publishing explosion of the 1970s and '80s. Though best known for his screenplays for Tim Burton's Beetlejuice and The Nightmare Before Christmas, McDowell is now being rediscovered as one of the best modern horror writers and a master of Southern Gothic literature. This edition of McDowell's masterpiece of terror features a new introduction by award-winning horror author Michael Rowe. McDowell's first novel, the grisly and darkly comic The Amulet (1979), is also available from Valancourt Books. 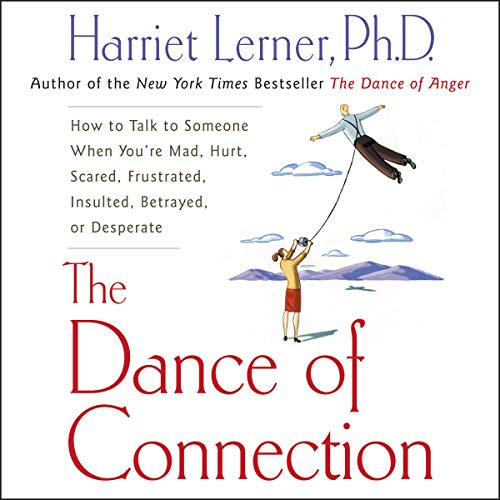 The Dance of Connection

In her most affirming and life-changing book yet, Dr. Harriet Lerner teaches us how to restore love and connection with the people who matter the most. In The Dance of Connection we learn what to say (and not say) when: We need an apology, and the person who has harmed us won't apologize or be accountable We don't know how to take a conversation to the next level when we feel desperate We feel worn down by the other person's criticism, negativity, or irresponsible behavior We have been rejected or cut off, and the other person won't show up for the conversation We are struggling with staying or leaving, and we don't know our "bottom line" We are convinced that we've tried everything, and nothing changes Filled with compelling personal stories and case examples, Lerner outlines bold new "voice lessons" that show us how to speak with honor and personal integrity, even when the other person behaves badly. Whether we're dealing with a partner, parent, sister, or best friend, The Dance of Connection teaches us how to navigate our most important relationships with clarity, courage, and joyous conviction. 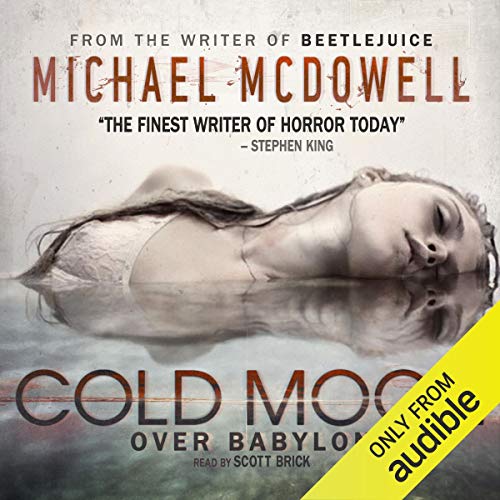 Welcome to Babylon, a typical sleepy Alabama small town, where years earlier the Larkin family suffered a terrible tragedy. Now they are about to endure another: 14-year-old Margaret Larkin will be robbed of her innocence and her life by a killer who is beyond the reach of the law. But something strange is happening in Babylon: traffic lights flash an eerie blue, a ghostly hand slithers from the drain of a kitchen sink, graves erupt from the local cemetery in an implacable march of terror. And beneath the murky surface of the river, a shifting, almost human shape slowly takes form. Night after night it will pursue the murderer. And when the full moon rises over Babylon, it will seek a terrible vengeance. Cold Moon Over Babylon, the second novel by Michael McDowell (1950-1999), author of Blackwater and The Elementals and screenwriter of Beetlejuice and The Nightmare Before Christmas, is a chilling Southern Gothic tale of revenge from beyond the grave that ranks among his most terrifying books. 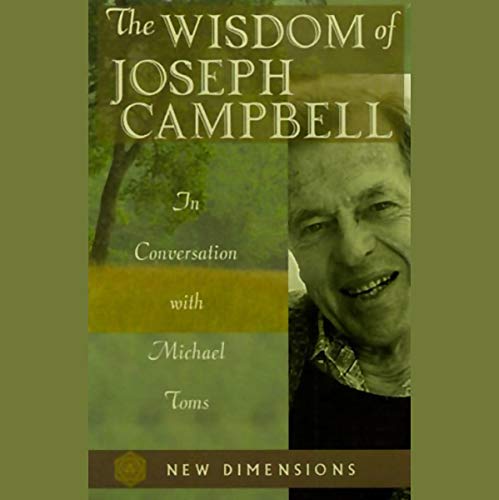 The Wisdom of Joseph Campbell

Over a span of 12 years (1975 to 1987), New Dimensions Radio host Michael Toms recorded conversations between the late Joseph Campbell (author of The Power of Myth) and himself, during which time they developed a close friendship. In these stimulating conversations, central questions in the search for understanding and knowledge of the spiritual universe in which we live are explored. 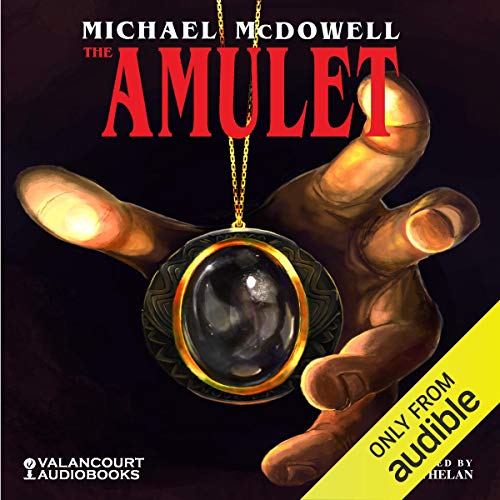 When a rifle range accident leaves Dean Howell disfigured and in a vegetative state, his wife Sarah finds her dreary life in Pine Cone, Alabama made even worse. After long and tedious days on the assembly line, she returns home to care for her corpse-like husband while enduring her loathsome and hateful mother-in-law, Jo. Jo blames the entire town for her son's mishap, and when she gives a strange piece of jewelry to the man she believes most responsible, a series of gruesome deaths is set in motion. Sarah believes the amulet has something to do with the rising body count, but no one will believe her. As the inexplicable murders continue, Sarah and her friend Becca Blair have no choice but to track down the amulet themselves, before it's too late... Michael McDowell (1950-1999) is best known for his screenplays to the films Beetlejuice and The Nightmare Before Christmas, but he was also the author of several excellent and underrated Southern Gothic horror novels, of which The Amulet (1979) was the first. Originally published as a pulp paperback, now scarce and long out-of-print, McDowell's grimly humorous and delightfully horrific novel returns in this edition, which features a new introduction by Poppy Z. Brite. 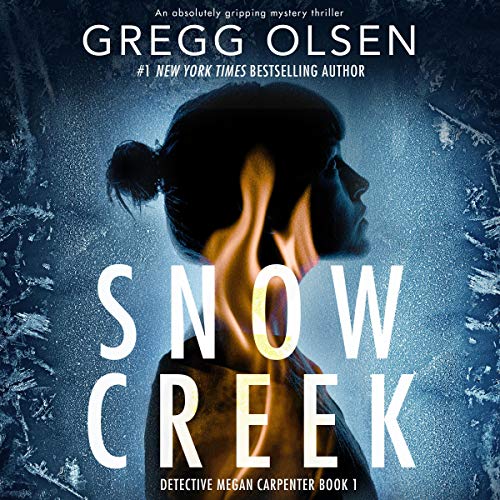 An absolutely gripping mystery thriller I set the small black box on the kitchen table. There are dozens of tapes. My finger hovers a beat and I push play. I hear Doctor Albrights soft, kind voice encourage me to begin. Tell me what you did that day. Detective Megan Carpenter is no stranger to evil. Escaping the horrors of her old life, shes vowed never to let anyone hurt her or those she loves ever again. Joining the small police force in Jefferson Countys Port Townsend, Megan is determined to get every victim of a crime the justice they deserve.  So when Ruth Turner walks into the Sheriffs office claiming her sister Ida Watson has been missing for over a month, Megans instincts tell her that she needs to do more than just file a report.  Arriving at a secluded farmhouse in the hills above Snow Creek, she finds Idas teenage children alone and frightened.  Then a few days later, close to the Watsons home, the blackened body of a woman is discovered in an abandoned pickup truck.  Megan must unravel the disturbing secrets of the isolated Snow Creek community if she is to catch the killer.  But Megan has dark secrets of her own too.... Hidden in the back of her closet is a box of tapes containing every single recording of her therapy sessions with Doctor Albright over 13 years ago. As Megan begins to play the tapes, shes taken straight back to her terrifying childhood, back to the time she was a kid called Rylee, fighting to survive.  Can Megan finally confront the past shes spent years trying to block out and will listening to her own painful story help her solve the complex case she is now entangled in?  From the number-one New York Times and Amazon Charts best-selling author comes an absolutely heart-stopping crime series introducing Detective Megan Carpenter. 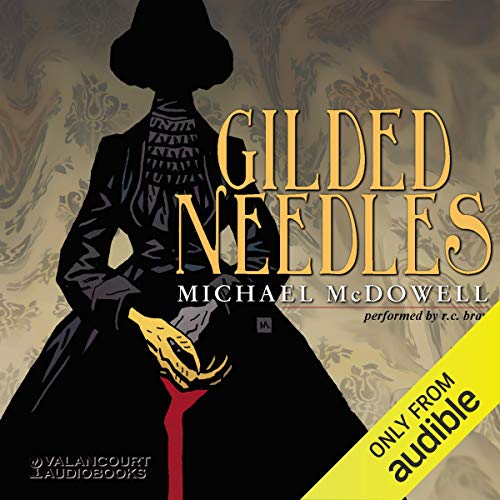 Welcome to the Black Triangle, New York's decadent district of opium dens, gambling casinos, drunken sailors, gaudy hookers, and back-room abortions. The queen of this unsavory neighborhood is Black Lena Shanks, whose family leads a ring of female criminals - women skilled in the art of cruelty. Only a few blocks away, amidst the elegant mansions and lily-white reputations of Gramercy Park and Washington Square, lives Judge James Stallworth. On a crusade to crush Lena's evil empire, the judge has sentenced three of her family members to death. And now she wants revenge. One Sunday, all the Stallworths receive invitations - to their own funerals. Can even the wealth and power of the Stallworth family protect them from Lena's diabolical lust for vengeance? This first-ever republication of Michael McDowell's chilling classic of revenge features a new introduction by Christopher Fowler and cover art by Mike Mignola. 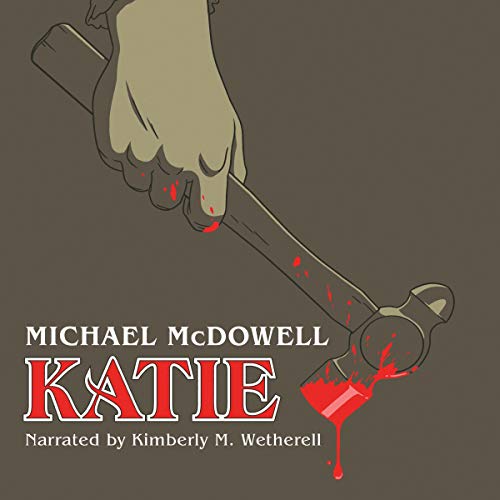 When Philo Drax receives a letter from her wealthy grandfather saying he fears for his life at the hands of the vicious Slape family, she rushes to the rescue. But too late! Katie Slape, a monstrous girl with psychic powers and a penchant for smashing skulls with her hammer, has already finished him off and gotten hold of his cash. Determined to track down the murderers, Philo hunts Katie and her family through the streets of 1860s New York, where the Slapes coffers are filling up with money as their cellar fills up with corpses. But going after the Slapes might be the worst decision of Philos life, for no one escapes the bashing of Katies hammer! A bloody, action-packed romp, Katie (1982) is a throwback to the exciting and violent penny dreadfuls of the Victorian era and features the same brilliant writing as Michael McDowells classic horror novels The Elementals and Blackwater. A great read - evocative of another era, engrossing from the first page, chilling. (Publishers Weekly) McDowell must now be regarded as the finest writer of paperback originals in America. (Stephen King) Michael McDowell has a flair for the gruesome...the nurturing of utmost horror. (Washington Post) You need a strong stomach...filled with gore and horror. At the same time, he writes so well that you cant stop reading his books. (Ocala Star-Banner) 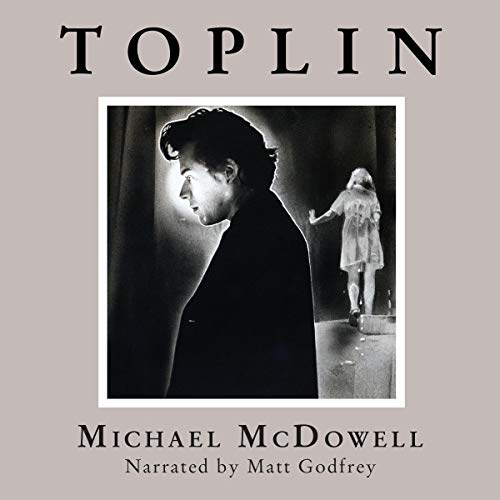 Death in the family "But come back soon", the sign said. Obviously it was a lie. The people in the grocery store just wanted to make sure he couldn't buy the spice he needed to make the recipe he'd selected for that night (recipes must be followed exactly). Obviously they wanted him to eat out...to meet the waitress, Marta, to see her horrible, unspeakable, unbearable ugliness. It was obvious to him: her maimed, twisted face was the living desire to be dead. He had to help Marta be dead.  His teeth are perfectly white. He can't see colors. He keeps a combination lock on his door and has twelve shelves of cookbooks. His walls bleed blood. His suits each have a number, S-1 through S-6. And life goes on.  Life goes on, if you can stand it. Life goes on, for the brave and the damned. Life goes on, but come back soon.... "An ambitious novel of psychological horror." (Publishers Weekly)  "Compelling-a tour-de-force of storytelling and style ... considerable artistry, marvelous pacing, and a welcome dose of macabre humor." (Fantasy Review) "One of the best writers of horror in this country." (Peter Straub)