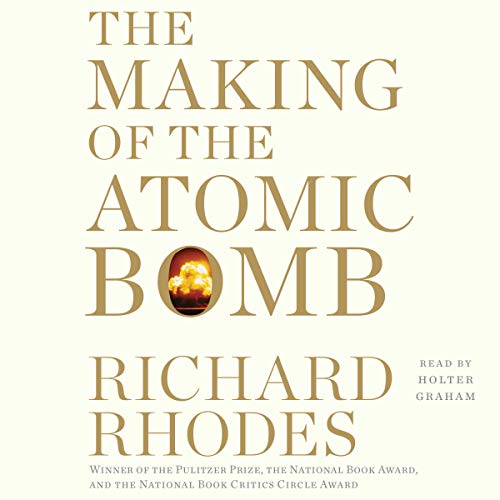 The Making of the Atomic Bomb

Here for the first time, in rich human, political, and scientific detail, is the complete story of how the bomb was developed, from the turn-of-the-century discovery of the vast energy locked inside the atom to the dropping of the first bombs on Japan.

Few great discoveries have evolved so swiftly - or have been so misunderstood. From the theoretical discussions of nuclear energy to the bright glare of Trinity, there was a span of hardly more than 25 years. What began as merely an interesting speculative problem in physics grew into the Manhattan Project and then into the bomb with frightening rapidity, while scientists known only to their peers - Szilard, Teller, Oppenheimer, Bohr, Meitner, Fermi, Lawrence, and yon Neumann - stepped from their ivory towers into the limelight.

Richard Rhodes takes us on that journey step by step, minute by minute, and gives us the definitive story of man's most awesome discovery and invention. The Making of the Atomic Bomb has been compared in its sweep and importance to William L. Shirer's The Rise and Fall of the Third Reich. It is at once a narrative tour de force and a document as powerful as its subject. 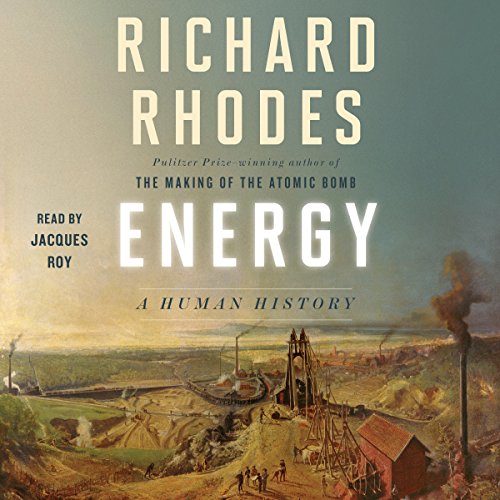 Pulitzer Prize- and National Book Award-winning author Richard Rhodes reveals the fascinating history behind energy transitions over time - wood to coal to oil to electricity and beyond. People have lived and died, businesses have prospered and failed, and nations have risen to world power and declined, all over energy challenges. Ultimately, the history of these challenges tells the story of humanity itself. Through an unforgettable cast of characters, Pulitzer Prize-winning author Richard Rhodes explains how wood gave way to coal and coal made room for oil, as we now turn to natural gas, nuclear power, and renewable energy. Rhodes looks back on five centuries of progress, through such influential figures as Queen Elizabeth I, King James I, Benjamin Franklin, Herman Melville, John D. Rockefeller, and Henry Ford. In Energy, Rhodes highlights the successes and failures that led to each breakthrough in energy production, from animal and water power to the steam engine, from internal combustion to the electric motor. He addresses how we learned from such challenges, mastered their transitions, and capitalized on their opportunities. Rhodes also looks at the current energy landscape, with a focus on how wind energy is competing for dominance with cast supplies of coal and natural gas. He also addresses the specter of global warming and a population hurtling toward 10 billion by 2100. Human beings have confronted the problem of how to draw life from raw material since the beginning of time. Each invention, each discovery, each adaptation brought further challenges, and through such transformations we arrived at where we are today. In Rhodes singular style, Energy details how this knowledge of our history can inform our way tomorrow. 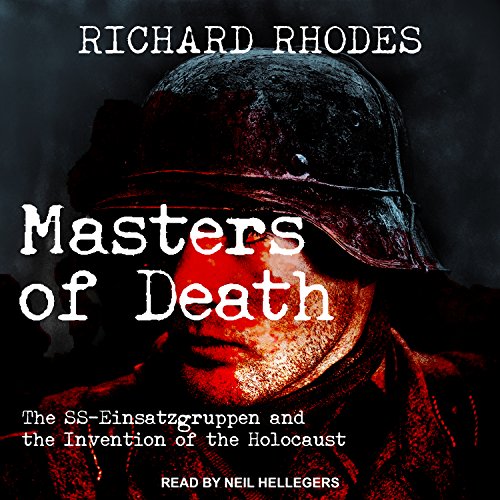 In Masters of Death, Richard Rhodes gives full weight, for the first time, to the Einsatzgruppen's role in the Holocaust. These "special task forces", organized by Heinrich Himmler to follow the German army as it advanced into Eastern Poland and Russia, were the agents of the first phase of the Final Solution. They murdered more than one and a half million men, women, and children between 1941 and 1943, often by shooting them into killing pits, as at Babi Yar. These massive crimes have been generally overlooked or underestimated by Holocaust historians, who have focused on the gas chambers. In this painstaking account, Pulitzer Prize-winning author Richard Rhodes profiles the eastern campaign's architects as well as its "ordinary" soldiers and policemen and helps us understand how such men were conditioned to carry out mass murder. Marshaling a vast array of documents and the testimony of perpetrators and survivors, this book is an essential contribution to our understanding of the Holocaust and World War II. 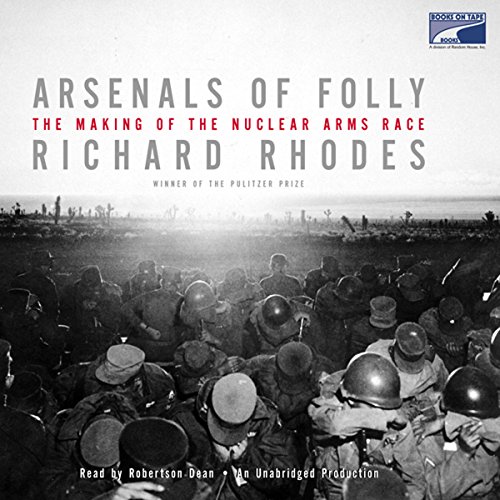 From the Pulitzer Prize-winning author of The Making of the Atomic Bomb: the story of the entire postwar superpower arms race, climaxing during the Reagan-Gorbachev decade when the United States and the Soviet Union came within scant hours of nuclear war - and then nearly agreed to abolish nuclear weapons. In a narrative that moves like a thriller, Rhodes sheds light on the Reagan administrations unprecedented arms buildup in the early 1980s, as well as the arms-reduction campaign that followed, and Reagans famous 1986 summit meeting with Gorbachev.  Rhodess detailed exploration of events of this time constitutes a prehistory of the neoconservatives, demonstrating that the manipulation of government and public opinion with fake intelligence and threat inflation that the administration of George W. Bush has used to justify the current war on terror and the disastrous invasion of Iraq were developed and applied in the Reagan era and even before. Drawing on personal interviews with both Soviet and U.S. participants, and on a wealth of new documentation, memoir literature, and oral history that has become available only in the past 10 years, Rhodes recounts what actually happened in the final years of the Cold War that led to its dramatic end.  The story is new, compelling, and continually surprising - a revelatory re-creation of a hugely important era of our recent history. 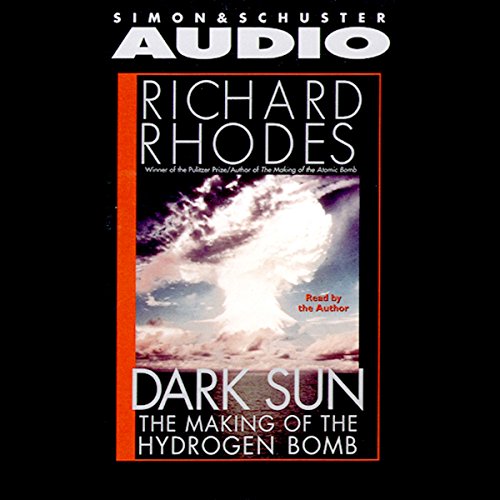 The author of The Making of the Atomic Bomb lays bare the secret heart of the Cold War. Richard Rhodes' landmark history of the atomic bomb won the Pulitzer Prize, the National Book Award and the National Book Award and the National Book Critics Circle Award. Now, in this majestic new masterpiece of history, science, and politics, he tells for the first time the secret story of how and why the hydrogen bomb was made, and traces the path by which this supreme artifact of 20th-century technology became the defining issue of the Cold War. From the day in 1941 when the first word of Anglo-American atomic-bomb research arrived in Moscow to the week of the 1962 Cuban missile crisis, DARK SUN is full of unexpected -- and sometimes hair-raising -- revelations based on previously undisclosed Soviet and U.S. sources, including: How the Soviets were able to produce a carbon copy of the first U.S. atomic bomb How the SAC fought for independent control of U.S. nuclear weapons -- while flying deliberately provocative daytime missions over Soviet cities How the first and only direct nuclear confrontation between the superpowers was also very nearly the last Following the lives of the atomic scientists on both sides of the Iron Curtain, Dark Sun is the definitive work on the hydrogen bomb, showing why the world wars that devastated the first half of the century can never happen again. 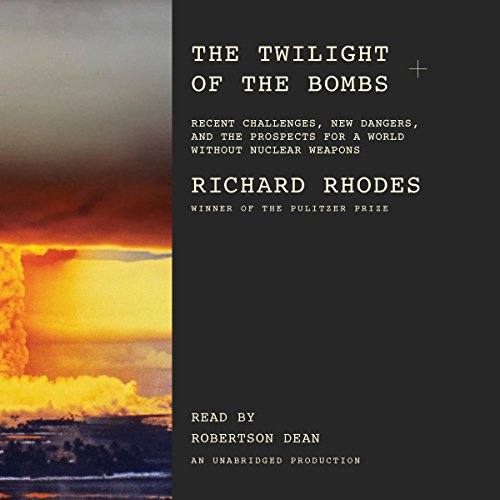 The Twilight of the Bombs

Here is the culminating volume in Richard Rhodess monumental and prizewinning history of nuclear weapons, offering the first comprehensive narrative of the challenges faced in a post-Cold War age. The past 20 years have transformed our relationship with nuclear weapons drastically. With extraordinary depth of knowledge and understanding, Rhodes makes clear how the five original nuclear powersRussia, Great Britain, France, China, and especially the United Stateshave struggled with new realities. He shows us how the stage was set for a second tragic war when Iraq secretly destroyed it's nuclear infrastructure and reveals the real reasons George W. Bush chose to fight a second war in Iraq. We see how the efforts of U.S. weapons labs laid the groundwork for nuclear consolidation in the former Soviet Union, how and why South Africa secretly built and then destroyed a small nuclear arsenal, and how Jimmy Carters private diplomacy prevented another Korean War. We also see how the present day represents a nuclear turning point and what hope exists for our future. Rhodes assesses the emerging threat of nuclear terrorism and offers advice on how our complicated relationships with North Korea and South Asia should evolve. Finally, he imagines what a post-nuclear world might look like, suggesting what might make it possible. Powerful and persuasive, The Twilight of the Bombs is an essential work of contemporary history. 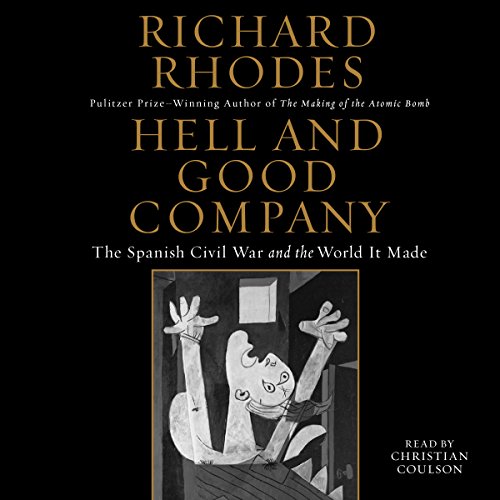 From the Pulitzer Prize-winning and best-selling author of The Making of the Atomic Bomb, the remarkable story of the Spanish Civil War through the eyes of the reporters, writers, artists, doctors, and nurses who witnessed it. The Spanish Civil War (1936-1939) inspired and haunted an extraordinary number of exceptional artists and writers, including Pablo Picasso, Joan Miro, Martha Gellhorn, Ernest Hemingway, George Orwell, and John Dos Passos. The idealism of the cause--defending democracy from fascism at a time when Europe was darkening toward another world war--and the brutality of the conflict drew from them some of their best work: Guernica, For Whom the Bell Tolls, Homage to Catalonia, The Spanish Earth. The war spurred breakthroughs in military and medical technology as well. New aircraft, new weapons, new tactics and strategy all emerged in the intense Spanish conflict. Indiscriminate destruction raining from the sky became a dreaded reality for the first time. Progress also arose from the horror: The doctors and nurses who volunteered to serve with the Spanish defenders devised major advances in battlefield surgery and front-line blood transfusion. In those ways, and in many others, the Spanish Civil War served as a test bed for World War II and for the entire twentieth century. From the life of John James Audubon to the invention of the atomic bomb, listeners have long relied on Richard Rhodes to explain, distill, and dramatize crucial moments in history. Now he takes us onto battlefields and into bomb shelters, into the studios of artists, into the crowded wards of war hospitals, and into the hearts and minds of a rich cast of characters to show how the ideological, aesthetic, and technological developments that emerged in Spain changed the world forever. 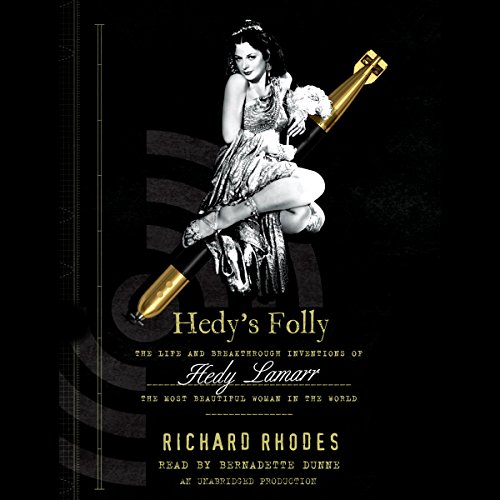 What do Hedy Lamarr, avant-garde composer George Antheil, and your cell phone have in common? The answer is spread-spectrum radio: a revolutionary inven­tion based on the rapid switching of communications sig­nals among a spread of different frequencies. Without this technology, we would not have the digital comforts that we take for granted today. Only a writer of Richard Rhodess caliber could do justice to this remarkable story. Unhappily married to a Nazi arms dealer, Lamarr fled to America at the start of World War II; she brought with her not only her theatrical talent but also a gift for technical innovation. An introduction to Antheil at a Hollywood dinner table culminated in a U.S. patent for a jam- proof radio guidance system for torpedoes - the unlikely duos gift to the U.S. war effort. What other book brings together 1920s Paris, player pianos, Nazi weaponry, and digital wireless into one satisfying whole? In its juxtaposition of Hollywood glamour with the reality of a brutal war, Hedys Folly is a riveting book about unlikely amateur inventors collaborating to change the world. 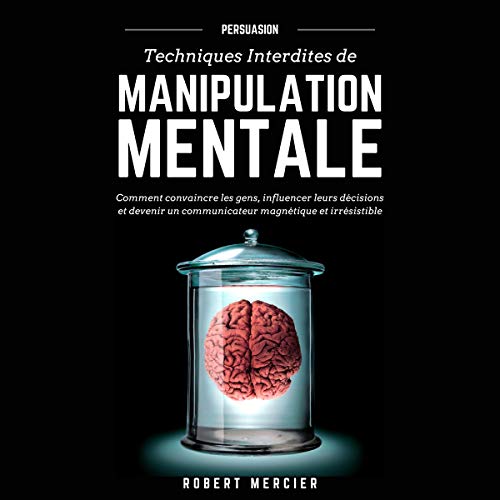 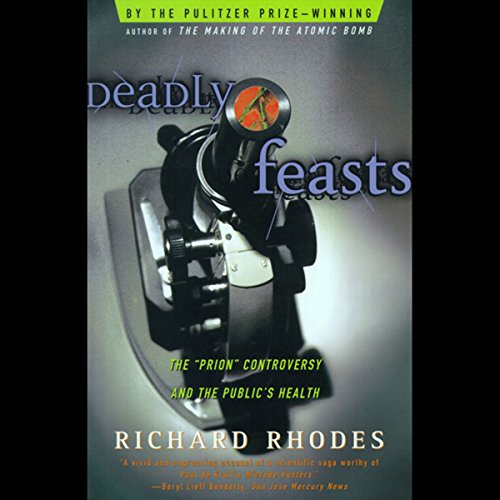 In this brilliant and gripping medical detective story, Richard Rhodes follows virus hunters on three continents as they track the emergence of a deadly new brain disease that first kills cannibals in New Guinea, then cattle and young people in Britain and France - and that has already been traced to food animals in the United States. In a new afterword, Rhodes reports the latest U.S. and worldwide developments of a burgeoning global threat.