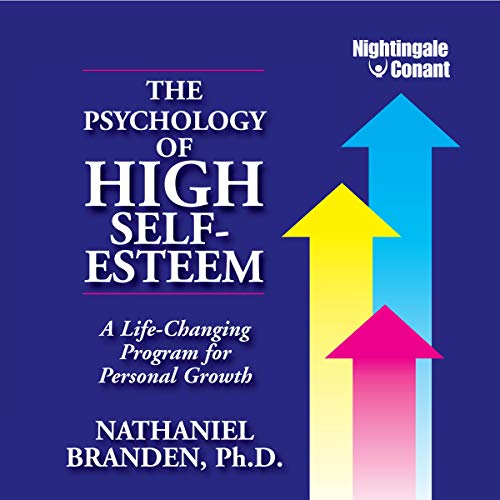 The Psychology of High Self-Esteem

A Life Changing Program for Personal Growth! How you feel about yourself crucially affects virtually every aspect of your life, especially how high in life you are likely to rise. Who and what you think you are shape all your responses. Self-esteem, therefore, becomes the key to success or failure. It is also the key to understanding yourself and others. In this outstanding audio program, the pioneering psychotherapist, Dr. Nathaniel Branden, details for you - in easy-to-understand language - the action, both mental and physical, you can take to advance your self-esteem and he self-esteem of others. His recommended strategies for building self-esteem have been thoroughly tested with the many thousands he has helped during his 30 years as a psychotherapist. You learn specific exercises and behaviors that will raise your self-esteem. You discover how to: Experience more joy in the sheer fact of being. Implement the four-step process that frees you from guilt. Gain insightful information that usually lies beyond your ordinary consciousness. Enhance your chances of forming relationships that are nourishing instead of destructive. Live consciously - the foundation for self-respect and self-confidence. Become more innovative, rather than ritualistic or tradition-bound, in your work. Expand the creative and spiritual areas of your life And much, much more! PLEASE NOTE: When you purchase this title, the accompanying reference material will be available in your Library section along with the audio. 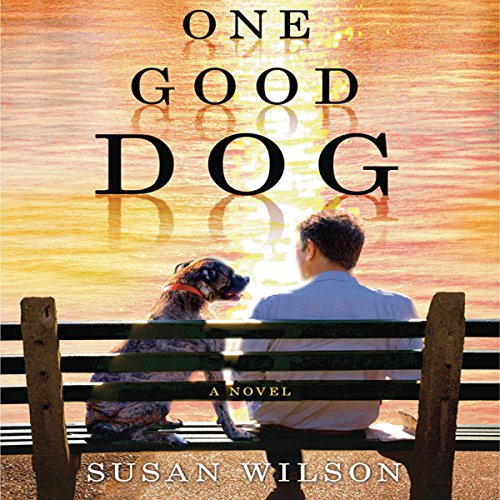 Adam March is a self-made Master of the Universe. He has it all: the beautiful wife, the high-powered job, the glittering circle of friends. But there is a price to be paid for all these trappings, and the pressure is mountinguntil the day Adam makes a fatal mistake. His assistant leaves him a message with three words: your sister called. What no one knows is that Adams sister has been missing for decades...that she represents the excruciatingly painful past he has left behind...and that her absence has secretly tormented him all these years. When his assistant brushes off his request for an explanation in favor of her more pressing personal call, Adam loses it. And all hell breaks loose. Adam is escorted from the building. He loses his job. He loses his wife. He loses the life hes worked so hard to achieve. He doesnt believe it is possible to sink any lower when he is assigned to work in a soup kitchen as a form of community service. But unbeknownst to Adam, this is where his life will intersect with Chance. Chance is a mixed breed Pit Bull. Hes been born and raised to fight and seldom leaves the dirty basement where he is kept between fights. But Chance is not a victim or a monster. It is Chances unique spirit that helps him escape and puts him in the path of Adam. What transpires is the story of one man, one dog, and how they save each otherin ways they never could have expected. 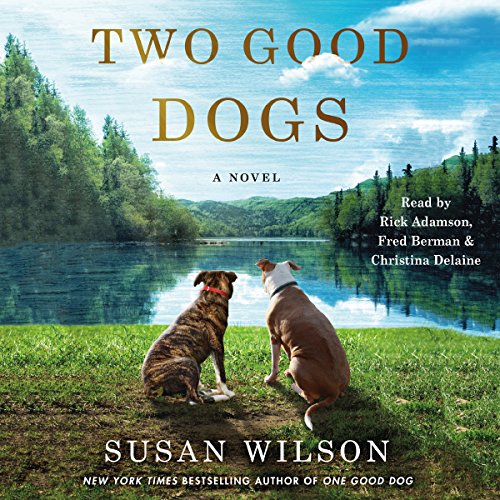 Susan Wilson, the best-selling author of One Good Dog, delivers another powerful audiobook of loyalty and love. Single mom Skye Mitchell has sunk her last dime into a dream, owning the venerable, if run-down, LakeView Hotel in the Berkshire Hills. It's here where she believes she'll give her 14-year-old daughter, Cody, a better life. But being an innkeeper is more challenging than she imagined, and Cody still manages to fall in with the wrong crowd. In addition, Cody is keeping an earth-shattering secret that she's terrified to reveal. The once loving, open girl has now become completely withdrawn, and Skye is both desperate and helpless to reach her. When Adam March and his pit bull, Chance, check in to the hotel, it becomes the first of many visits. Here in these peaceful mountains he finds an unexpected relief from his recent bereavement. He and the beleaguered innkeeper form a tentative friendship. Adam knows the struggles of raising a difficult teenager, and Skye understands loneliness. And then there is Mingo, a street kid with a pit bull dog of his own. When Cody discovers an overdosed Mingo, Adam takes the boy's dog not just for safekeeping but to foster and then rehome. But the dog isn't the only one who needs saving. A makeshift family begins to form as four lost people learn to trust and rely on each other, with the help of two good dogs. 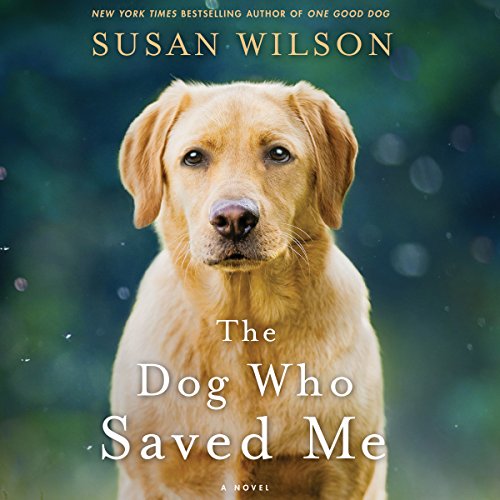 The Dog Who Saved Me: A Novel

In Susan Wilson's The Dog Who Saved Me, former Boston K-9 unit policeman turned animal control officer in bucolic Harmony Farms is up against rescuing a gun shy and wounded dog gone feral, and proving that his low-life older brother is back in the drug business. Fighting his shattering grief at the death of his K-9 partner killed in the line of duty, and a staggering loss of confidence from physical and psychic wounds of his own, Cooper Harrison is back where he started, where his father Bull was once known as the town drunk. Where his brother was a delinquent and bully. Where he's one of "those" Harrisons. Where Cooper must learn to forgive and, only then, heal. 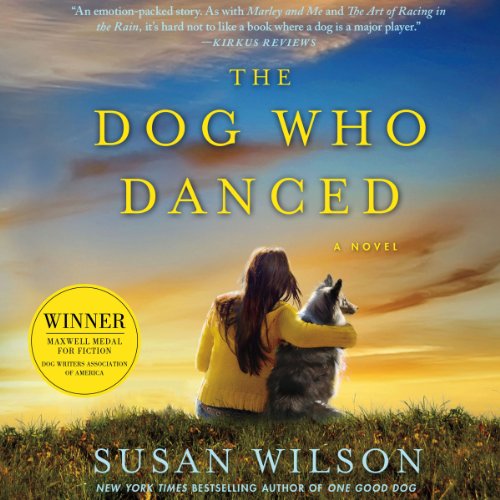 The Dog Who Danced

From the New York Times best-selling author of One Good Dog comes a novel about a womans cross-country journey to find her lost dog and discover herself. If theres been a theme in Justine Meades life, its loss. Her mother, her home, even her son. The one bright spot in her loss-filled life, the partner she could always count on, has always been Mack, her gray and black Sheltie - that is, until she is summoned back to her childhood home after more than 20 years away. Ed and Alice Parmalee are mourning a loss of their own. Seven years after their daughter was taken from them, theyre living separate lives together - dancing around each other, and their unspeakable heartbreak, unable to bridge the chasm left between them. Fiercely loyal, acutely perceptive and guided by a herd dogs instinct, Mack has a way of bringing out the best in his humans. Whether its a canine freestyle competition or just the ebb and flow of a familys rhythms, its as though the little Shetland sheepdog was born to bring people together. The Dog Who Danced is his story, one that will surely dance its way into your heart. 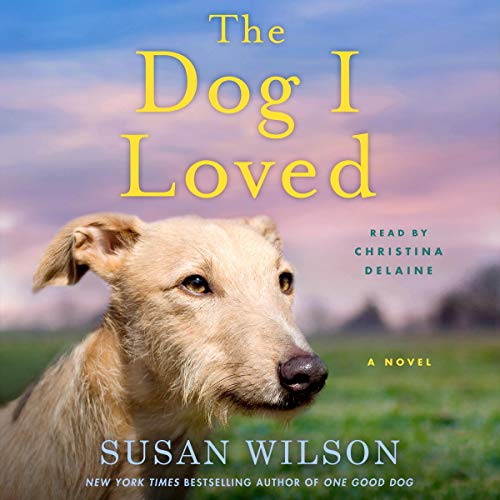 The Dog I Loved

New York Times best-selling author Susan Wilson is back another signature heartwarming audiobook - one that begs the question: Can a dog lead the way to finding one's humanity? After spending years in prison for a crime she didnt intend to commit, Rose Collins is suddenly free. Someone who knows about the good work she has done - training therapy dogs while serving time - has arranged for her early release. This mysterious benefactor has even set her up with a job in the coastal Massachusetts community of Gloucester, on the edge of Dogtown, a place of legend and, for the first time since Rosie's whole world came crashing down, hope. There she works to rebuild her life with the help of Shadow, a stray dog who appears one rainy night and refuses to leave Roses side. Meghan Custer is a wheelchair-bound war veteran who used to be hopeless, too. Living at home with her devoted but stifling parents felt a lot like being in prison, in fact. But ever since she was matched with a service dog named Shark, who was trained in a puppy-to-prisoner rehabilitation program, Meghan has a brand new outlook. Finally, she can live on her own. Go to work. And maybe, with Shark by her side, even find love again. Two strong women on a journey toward independence whose paths collide in extraordinary ways. Two dogs who somehow manage to save them both. A tale of survival and a testament to the human spirit, The Dog I Loved is an emotional and inspiring audiobook that no listener will soon forget. 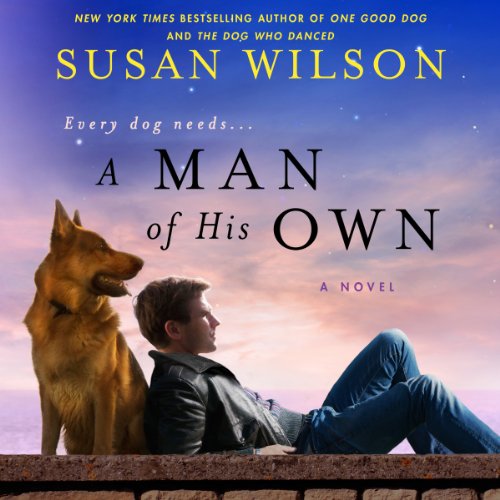 A Man of His Own

Rick Stanton was a promising professional baseball player with dreams of playing in the major leagues and starting a family with his young wife, Francesca, when World War II changed everything. Rick returns from the war with his body broken and his dreams shattered. But it was not just body and spirit he sacrificed for the war. He and Francesca volunteered their beloved dog, Pax, for the Army's K-9 Corp, not knowing if they'd ever see him again. Keller Nicholson is the soldier who fought the war with Pax by his side, and the two have the kind of profound bond that can only be forged in war. Pax is the closest Keller has to a sense of family, and he can't bear the thought of returning him to the Stantons. But Rick and Francesca refuse to give him up. Instead, an arrangement is made: Keller will work as Rick's live-in aide. And thus an unlikely family is formed, with steadfast Pax at the center. As they try to build a new life out of the ashes, Keller and Francesca struggle to ignore their growing attraction to each other, and Rick, believing that he can no longer give Francesca what she needs and wants, quietly plans a way out. All three of them need healing. All three of them are lost. And in Susan Wilson's A Man of His Own, Pax, with his unconditional love and unwavering loyalty, may be the only one who can guide them home. 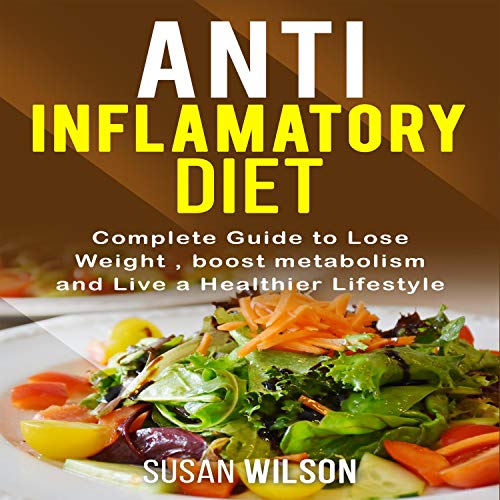 An anti-inflammatory diet doesn't have to be anti-flavor or complicated and expensive. The Complete Anti-Inflammatory Diet for Beginners makes it quick and easy with simple, savory recipes, planning guides, and essential medical information that helps you understand the relationship between inflammation and food. From sweet potato frittata to balsamic glazed chicken, this comprehensive cookbook and meal plan guides you through a practical and complete anti-inflammatory diet, no prior knowledge required. Learn how to shop for the right ingredients, plan your meals, batch-prep ahead of time, and even use your leftovers for other recipes. The Complete Anti-Inflammatory Diet for Beginners includes: What is inflammation How to survive with inflammation Implementing the anti-inflammatory Food to avoid More than 50 healing recipes Every dish is affordable, simple-to-make, and only uses about five easy-to-find ingredients.